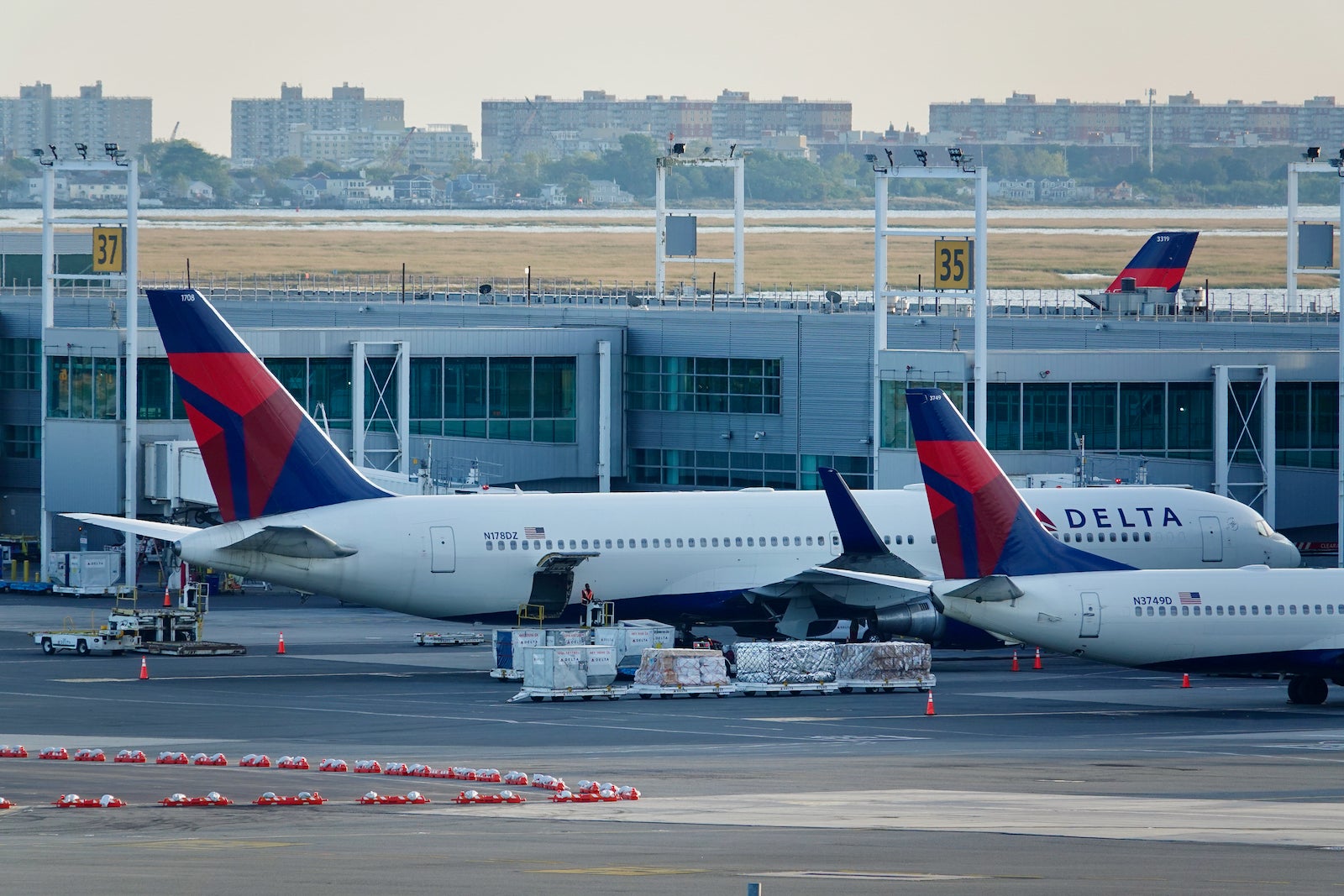 Delta Air Lines wants to reaffirm its position as the No. 1 carrier in New York.

The airline’s latest move on Tuesday is a network-focused announcement that includes some noteworthy route changes, along with a recap of the airline’s operations at its JFK and LaGuardia hubs.

“We’re adding 25% more capacity this fall to meet the significant demand for business and international travel going into next year,” Joe Esposito, Delta’s senior vice president of network planning, said in a statement.

Though Delta is spinning this as organic growth, there’s an undercurrent at play in the New York boost — the slot waiver for domestic flights is likely coming to an end.

Both JFK and LaGuardia are slot-restricted, meaning that the Federal Aviation Administration regulates capacity at these busy airports through takeoff and landing slots. Throughout the pandemic, the administration has waived the "use-it-or-lose-it" requirements for keeping a slot, though that flexibility is slated to end for domestic routes on Oct. 30.

As such, Delta (and the other slot holders) will likely need to fly a majority of its pre-pandemic domestic schedule or risk losing a valuable slot — regardless of whether business demand has recovered.

In addition to boosting existing flights, Delta will bring back much of its pre-pandemic schedule in New York.

Delta’s JFK hub will see some international growth, with up to 15 daily transatlantic flights to 13 destinations in December. Note that the airline isn’t adding new routes — it’s just restoring service and boosting frequencies.

This includes doubling flights to Paris (CDG) and London (LHR), as well as bringing back daily service to Dublin (DUB).

Additionally, the airline will launch a second daily flight to Tel Aviv (TLV) on Dec. 9, and bring back three-times-weekly nonstops to Lagos (LOS) on Dec. 7 and service to Frankfurt (FRA) on Dec. 13.

In Latin America and the Caribbean, the airline will fly roughly 85% of its pre-pandemic schedule, with flights to Sao Paulo (GRU) and Los Cabos (SJD) resuming on Dec. 19, while boosting service to St. Thomas (STT) and St. Martin (SXM) to daily on Dec. 18.

This joins the recently announced new service from JFK to Panama City (PTY), beginning on Dec. 20.

Meanwhile, at LaGuardia, Delta is launching a previously announced route to Worcester, Massachusetts (ORH) on Nov. 1, which joins the recently inaugurated service to Toronto (YYZ).

It’s not just the New York network getting a boost. Delta is also removing small regional jets from JFK, LGA and Newark — and bringing a first-class product to all domestic flights from there.

Additionally, Delta will continue deploying its Airbus A220 on routes from New York to Chicago (ORD), Dallas/Ft. Worth (DFW) and Houston (IAH).

This single-aisle jet is one of the most popular with flyers thanks to its 2-3 coach configuration, oversized windows and large overhead bins.

Delta’s New York operations are also getting a facelift. At LaGuardia, a redevelopment project is underway to open a new headhouse, roadways and additional concourse next spring, with full completion slated for the end of 2024.

Meanwhile, at nearby JFK, the airline’s Terminal 4 redevelopment plan was recently approved by the Port Authority of New York and New Jersey, which manages and oversees the airport.

However, the scope of the project was significantly scaled back from the original plan. The estimated completion date is summer 2023.

The Northeast Alliance seems to be working

Delta’s push to remain New York’s largest carrier comes as the airline is facing more competition in the Big Apple.

With the Northeast Alliance tie-up between American Airlines and JetBlue, the two carriers are joining forces in New York and Boston to present a formidable alternative to flying with one of the incumbents.

American and JetBlue argue that Delta and United have enjoyed unfettered growth in the region without being checked by a strong third competitor.

Perhaps most interestingly, the Department of Justice recently filed a lawsuit against the Northeast Alliance, alleging that the pact allows for anti-competitive coordination between the two carriers.

This latest announcement from Delta, however, would seem to weaken the DOJ’s case. By responding to the competition with a strongly worded press release about being New York’s No. 1 carrier, Delta could be feeling some pressure as the incumbent.

And it’s not just Tuesday’s announcement that weakens the DOJ’s case. Earlier this month, Delta issued a similar press release for a Boston expansion, headlined by five new high-profile routes from the city.

Delta's been busy defending its Boston hub from the renewed competition, and it’s now doing the same in New York. For now, flyers headed to or from the Northeast will enjoy many more flight options than ever before — until the suit ultimately gets its day in court.