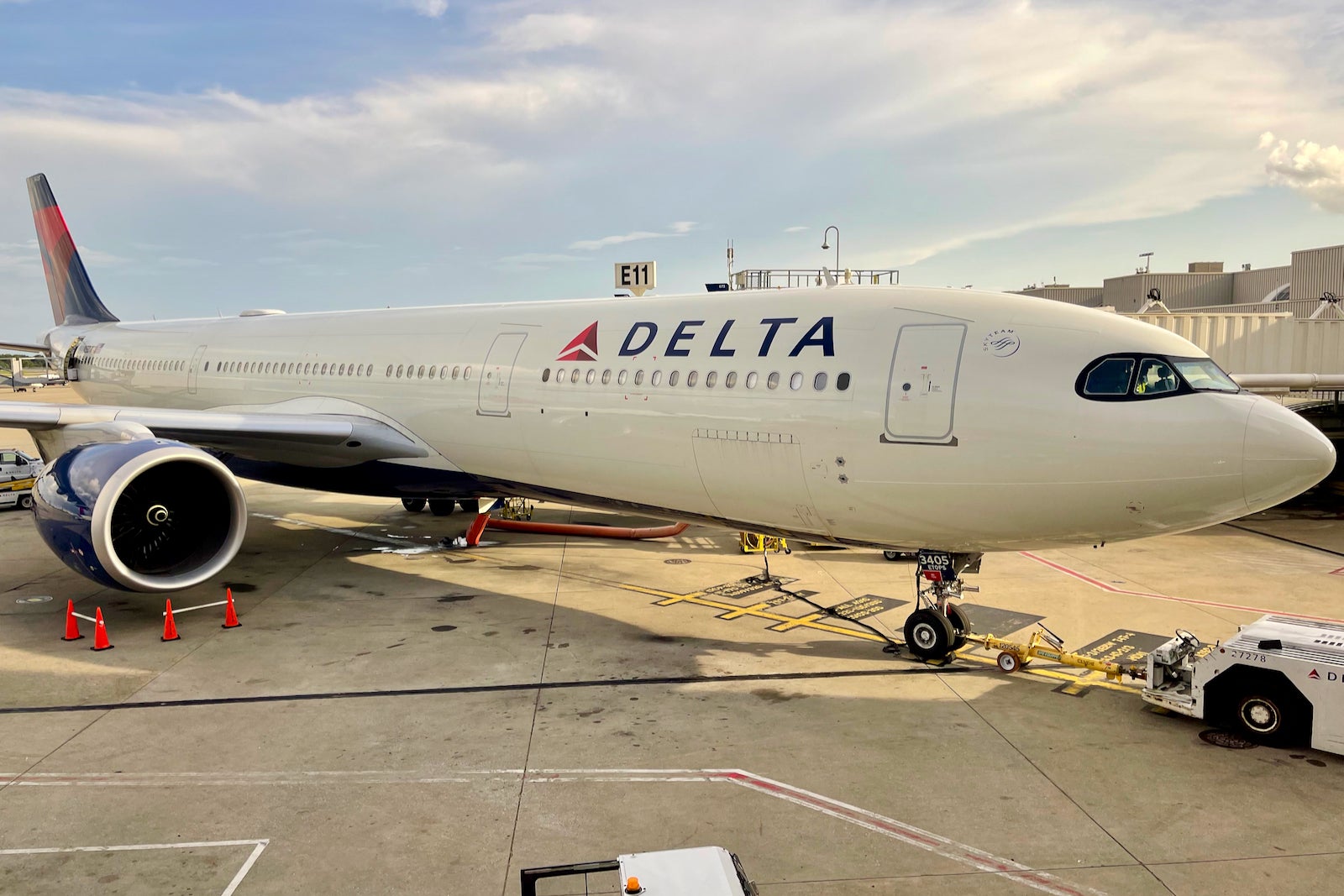 Delta Air Lines just got very serious about protecting its Boston hub from its competitors.

Over the weekend, the airline scheduled a massive service expansion in the city, with two new long-haul routes, three new domestic destinations, increased frequencies, modernized planes and much more. The network updates were first seen in Cirium timetables, and later confirmed to TPG by the airline.

We'll break down all the updates below, but the storyline here is clear: Delta isn't going to stand by while American Airlines and JetBlue team up in the Northeast and encroach on its position in Boston.

Next summer, travelers headed to or from Boston Logan Airport (BOS) will enjoy new Delta nonstop service to Athens (ATH) and Tel Aviv (TLV), with flights commencing on May 27, 2022, and May 26, 2022, respectively, according to Cirium schedules.

Both flights will operate three times per week aboard the Airbus A330 aircraft. Athens will be served by the -300 variant, while Tel Aviv will be flown by one of Delta's newest widebodies, the A330-900neo.

The A330-900neo offers Delta's top onboard experience, with 29 Delta One Suites in the pointy end of the plane, 28 Premium Select recliners, 56 extra-legroom Comfort+ seats and 168 standard coach ones.

The A330-300 is currently undergoing a retrofit program to add a premium economy cabin, though the aircraft's reverse herringbone biz cabin isn't as modern as the A330neo.

Adding Athens and Tel Aviv brings Delta to nine long-haul destinations from Boston. The airline is already flying to Amsterdam and Rome and is slated to resume (the temporarily suspended) service to Dublin, Edinburgh, Lisbon, London and Paris in the coming months.

While the new routes are welcome news for Boston-based travelers, adding Athens and Tel Aviv likely isn't a coincidence.

When American Airlines and JetBlue unveiled their Northeast Alliance in July 2020, the two airlines promised plenty of growth in New York and Boston. While the two carriers have since launched a slew of new routes, American started two new high-profile destinations from New York-JFK as well, to — you guessed it — Athens and Tel Aviv.

Delta already goes head-to-head against American on both JFK to Athens and Tel Aviv, and now it seems to be one-upping the Northeast Alliance with service to both cities from Boston.

A domestic boost with 3 new routes

Delta is also doubling down on its domestic network from Boston with the introduction of three new routes on July 11, 2022, to Baltimore (BWI), Denver (DEN) and San Diego (SAN).

Delta Connection partner Republic Airline will fly a 76-seat Embraer 175 to Baltimore five times a day. Once-daily service to Denver and San Diego will be operated by a Boeing 737, Cirium schedules show.

In addition to these three new markets, Delta is still on track to move forward with its previously announced plans to add service to Charlotte (CLT) and Dallas/Fort Worth (DFW) — two of American Airlines' largest hubs — on Oct. 10.

As you might've expected, JetBlue already operates flights to all three of Delta's new domestic destinations from Boston.

Boston gets a big plane upgrade

Delta isn't just adding a bunch of new Boston routes. It's also seemingly committed to sending its fanciest jets to the city as well, giving flyers another reason to choose the airline over its competitors.

For long-haul flights, Delta has prioritized Boston as one of the first markets to receive its recently retrofitted jets. Last week, the carrier scheduled the first two routes with its revamped Boeing 767-300, and now the retrofitted A330s are finding a home in Boston as well.

Plus, with the A330neo serving Tel Aviv, it'll mark the introduction of the airline's well-regarded Delta One Suites cabin to the city.

Last month, the Department of Justice filed an anti-trust lawsuit against the Northeast Alliance between American and JetBlue, saying that the pact allows for anti-competitive coordination between the two carriers.

The two airlines quickly responded, striking back against the DOJ with plenty of statistics, new marketing campaigns and even a dedicated website, neaflies.com, to prove that the Northeast Alliance does, in fact, promote competition and deliver benefit to customers.

The Northeast Alliance has already provoked a competitive response from Delta in recent months, with a four-route expansion from Boston and New York, along with a lie-flat Boeing 757 upgague on premium transcontinental routes.

Delta's latest move, however, is its most comprehensive response yet.

Without the Northeast Alliance, it's anyone's guess if Delta would've followed through with this massive Boston expansion. One thing is clear, though: With new routes, larger planes and more frequencies, travelers headed to or from Boston are the big winners.