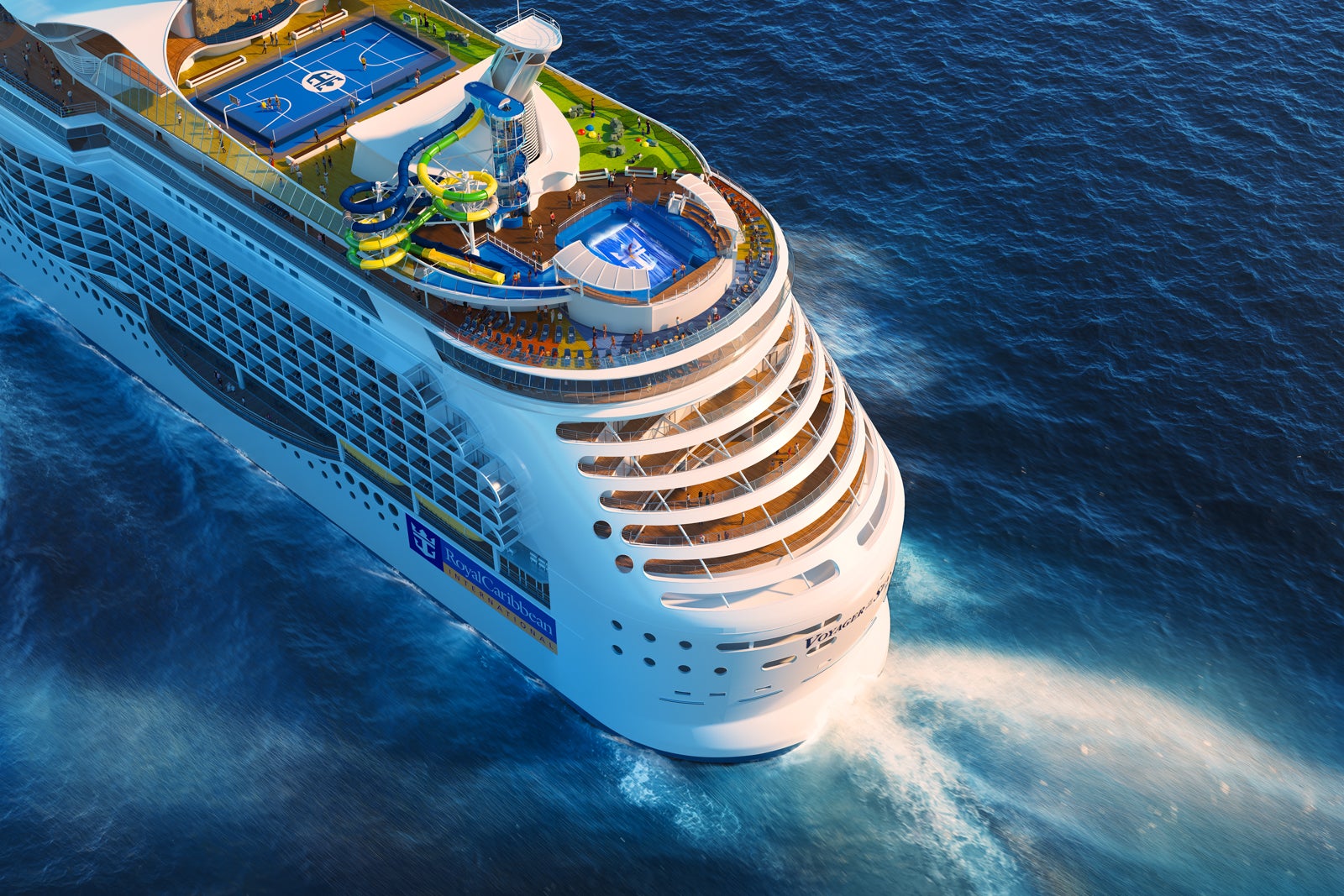 Royal Caribbean, Celebrity Cruises and Silversea Cruises have joined the growing number of cruise lines canceling Russia calls in the wake of the country's invasion of Ukraine.

All three cited concerns about the safety of passengers and crew.

"The safety of our guests and crew is always our top priority," Royal Caribbean said in a statement sent Wednesday to TPG. "With the recent events, we have made the decision to cancel our visits to St. Petersburg, Russia on all summer 2022 itineraries."

All three of the brands are owned by Royal Caribbean Group, the world's second largest cruise company and the last of the four major cruise companies to cancel Russia calls.

The announcements from the brands came a day after the world's fourth largest cruise company, MSC Cruises, announced it was canceling Russia calls.

Carnival Corp., notably, announced that it was dropping Russia calls in a tweet that tied the move not to security concerns but a desire for peace.

“In light of the recent attacks by Russia in Ukraine, Carnival Corporation brands will be modifying our itineraries in the coming week once alternative ports can be confirmed,” the company said in the Saturday tweet. “We stand for peace.”

While the vaguely worded tweet didn’t specifically mention Russia calls, TPG has confirmed Carnival Corp. was referring to Russia calls in the communication.

Together the nine Carnival Corp. brands account for more than 40% of the worldwide cruise business.

Norwegian Cruise Line Holdings canceled its calls in Russia through the end of the year. It's the parent company of Norwegian Cruise Line, as well as Regent Seven Seas Cruises and Oceania Cruises. Together, the three lines had about 50 Baltic Seas sailing with stops in St. Petersburg, Russia, on their schedules prior to the announcement.

In addition, river and ocean cruise operator Viking late Thursday canceled its entire summer season of “Kiev, Black Sea & Bucharest” sailings that include travel across the Black Sea and up Ukraine’s Dnieper River. British line Saga Cruises removed a call at Odessa, Ukraine, scheduled to take place in May.

Viking also said it was evaluating itineraries that call in Russia in 2022, which it said would “require modifications.” The line operates Baltic sailings that call at St. Petersburg as well as river cruises on Russia’s Volga and Svir rivers between St. Petersburg and Moscow.

Most of the lines that have canceled calls in Russia and Ukraine have cited safety concerns.

“The health, safety and security of our guests, crew and communities we visit is our top priority,” the three Norwegian Cruise Line Holdings brands said in letters sent to travel agents Thursday announcing their cancellations. “Due to the escalated situation between Russia and Ukraine we have made the decision to alter itineraries.”

A statement from a Viking spokesperson to TPG said something similar.

“The safety and security of our guests and crew is always our top priority,” he said.

A significant change to Baltic cruises

The cancellation of St. Petersburg calls has significant implications for the coming summer season of Baltic cruises.

Known as Russia’s cultural capital and famous for its historic palaces and museums, St. Petersburg is considered the main attraction of Baltic sailings. Cruise ships that sail in the region often dock in the city for two or three days to allow for extended touring.

In announcing its cancellation of St. Petersburg calls, Atlas Ocean Voyages said it would replace stops in the city with calls at ports in Finland and Estonia.

In a conference call with Wall Street analysts early on Thursday, before the cancellations were announced, Norwegian Cruise Line Holdings CFO Mark Kempa said there were “plenty of other ports in that Scandinavian region” for the company’s ships to call on should its brands drop St. Petersburg from schedules.

But on the same call, both Kempa and Norwegian Cruise Line Holdings president and CEO Frank Del Rio acknowledged the significance of St. Petersburg to the Baltic itineraries, with both calling the possible loss of St. Petersburg as a destination for this summer’s Baltic sailings “disappointing.”

“It is disappointing because St. Petersburg is one of the crown jewels of the Scandinavian itineraries,” Del Rio said on the call, which came after Norwegian Cruise Line Holdings released quarterly earnings.

In response to a question from a Wall Street analyst about the possibility that Norwegian Cruise Line Holdings would move ships from the Baltic to the Mediterranean for the summer, Del Rio emphasized that that would not happen no matter what happens with St. Petersburg calls.

The start of the Baltic cruise season still is more than two months away. Most Baltic cruises take place in the summer between May and September.

The sailings are among the most lucrative for cruise lines, as they traditionally sell for premium prices as compared to cruises in many other regions.

As of late last week, cruise line executives were saying the outbreak of war in Europe had not had a notable impact on cruise bookings, although they added that it was too soon to know the long-term implications of the Ukraine conflict.

“We definitely did not see anything [up until] the close of business yesterday, and this morning we haven’t received any red flags,” Norwegian Cruise Line Holdings’ Kempa said on Thursday’s conference call with Wall Street analysts. “But like anything [like this], you’ll probably see a little bit of [a bookings] slowdown here and there around the margin. That’s normal, but it’s definitely too early to indicate if there is going to be any longer-term effects.”

Brad Tolkin, Co-CEO and Co-Chairman for World Travel Holdings, the nation’s largest seller of cruises through travel agencies, told TPG something similar on Wednesday when contacted about booking trends before news of Russia’s latest military moves in Ukraine came to light.

Indeed, Tolkin told TPG that cruise bookings have been up lately. The company owns several dozen cruise-selling brands including CruisesOnly, Cruises.com and CruiseOne.

“Right now, we are not seeing a material impact on bookings because of Ukraine,” Tolkin said. “The booking trajectory continues to rise as we are up week-over-week. There could be some destination sensitivity, but this is not impacting, as of yet, demand.”