The Critical Points: How I earned top-tier status and a 40% rebate from one hotel night 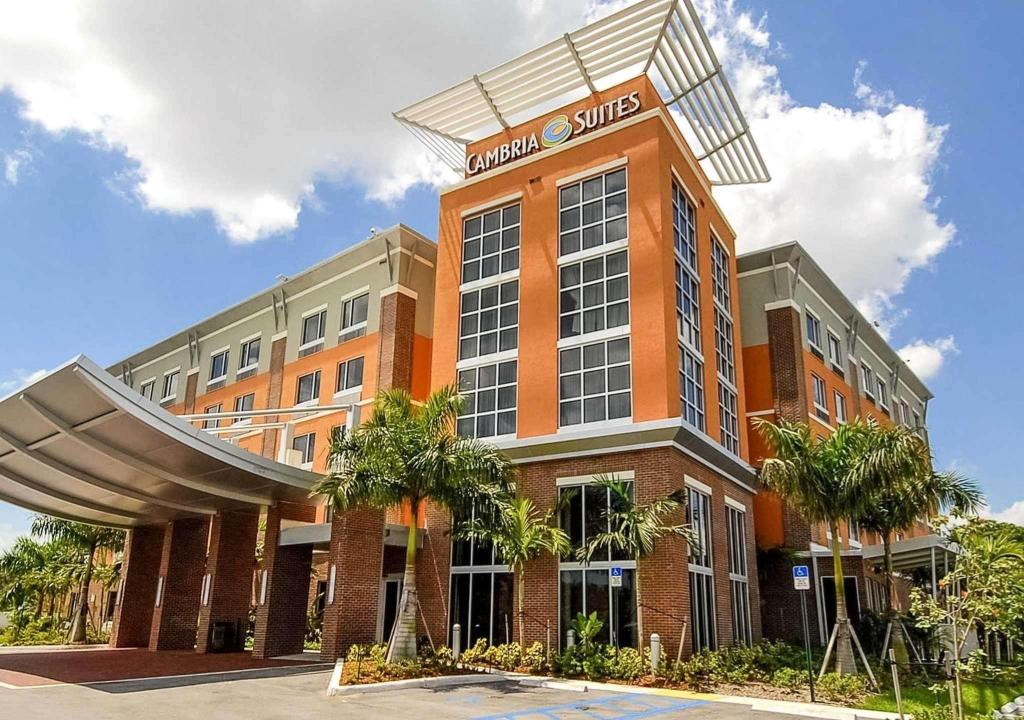 I've had a bit of an obsession lately in re-discovering previously-overlooked or under-appreciated hotel loyalty programs. Omni Select Guest and Global Hotel Alliance Discovery both proved potentially lucrative and very beneficial for those looking for unique experiences around the world.

When I saw JT Genter's post earlier this year about a promotion giving you the ability to stay one night at a Cambria property and earn top-tier Diamond status in the Choice Privileges program, I did a cursory look and then went about my day. As it turns out, ignoring the promotion was probably a mistake.

Choice Hotels' loyalty program is one that many of you may not be familiar with, or you may overlook it. Choice Privileges isn't a path to free, overwater bungalows or luxurious nights in big cities (they are working on that), but it can yield solid value while traveling the world or when visiting smaller markets in the U.S. Routine promotions — which I'll discus in greater depth below — and promotions on purchased points can make it easy to boost your account balance, and with many properties requiring just 8,000 points, you'll quickly have free nights banked.

The loyalty program operates like most other hotel programs and offers elite-status tiers based on the number of nights you stay in a year. There is Gold, Platinum and Diamond status in the program, requiring 10, 20 and 40 nights per year (respectively).

On top of the published benefits in the chart above, elite members of any level also get Your Extras rewards like Starbucks gift cards, Fuel Rewards savings, airline miles or an Uber discount code. Specifically at Cambria hotels, any elite member receives $10 in food and beverage credit, double Your Extras rewards on weekday stays, early check-in/late check-out and preferred, elite-member parking.

It's really interesting to see the only published benefit for Diamond over Platinum status is a 50% points bonus instead of a 25% bonus. I can't recall another loyalty program that has such little distinction between top-tier status and the rest of the levels, so my hope would be that Diamonds are recognized and perhaps given more significant room upgrades or preferential treatment — though room upgrades are not a published benefit in the program.

In the end, I decided achieving top-tier status with another program for a single hotel night was probably a worthwhile venture, and quite honestly, it's something I find fun and intriguing.

Right now, if you stay one night in a Cambria hotel and have elite status in another hotel program, you can earn Choice Privileges Diamond status. I decided to undertake the challenge — in the name of research, of course — and booked one night at the Cambria Hotel Fort Lauderdale, Airport South and Cruiesport.

After I checked out earlier this week, I emailed a copy of my Cambria folio, a screenshot of my Hyatt Globalist status and my Choice Privileges number to Status_Match@choicehotels.com. Within three hours, I received a response. Initially I was only matched to Platinum status, the highest available through Choice's usual status match program. I quickly responded with a link to the current promotion, and within an hour, a correction was issued. I am now a Choice Diamond member through February of 2021.

I ran the math on the cost of my stay and the value I received in elite benefits and points. This takes into account the current Choice promotion of earning 8,000 points after every two stays (points are given in incremental amounts after each stay), which is a nice stack to my one night. Here is how the math broke down:

That's a $42 return on a $104 rate — and that doesn't include any monetary value of the Choice Diamond status I now hold (though without real-world experience, I'm unsure what that dollar value would currently be). I at least scored an up-front 40% rebate on this stay, I'll have another 8,000 bonus points after just one more Choice stay and I can enjoy it all as a Diamond member.

I've never stayed at a Cambria Hotel before, so on top of the interest in the hotel status promotion, I was also genuinely curious about the Cambria brand. What I found at the Cambria in Fort Lauderdale was a rather enjoyable and pleasant hotel, arguably better than a Hyatt Place stay.

The property was relatively new, well maintained, clean and staffed with friendly associates. The lobby was large and welcoming with plenty of seating and space to sit and eat breakfast.

The check-in area was next to a grab-n-go marketplace where you could use your $10 Cambria credit if you wanted.

The immediate and lasting impression was simple: This did not match the image I had in my mind of a typical Choice Hotel, and Cambria would be a brand I look to in the future for quick and convenient stays.

My room had a sitting area with its own TV and sleeper sofa that was partially separated from the rest of the room.

There was also a mini-fridge and microwave, something handy to the road warrior or traveling family that a lot of properties in this market don't have.

The separate sleeping area had a king size bed and a larger, 60-inch TV. The partition with the desk made this a favorable layout for me compared to a Hyatt Place for a traveling family.

I like the increased separation on the Cambria layout where my kids could sleep on the sleeper couch and I wouldn't disturb them on my bed.

The bathroom was modern and clean but only had a shower instead of a tub (a problem for some families with young ones).

The hotel also unfortunately uses my my current pet peeve (bulk toiletries), though this setup with the anti-tamper lock was the first I could not instantly get open.

I was impressed with the Cambria Hotel itself and would absolutely stay again. The lack of free breakfast (even though you have $10 in credit) is probably what would stop be from booking it instead of a Hyatt Place or Hyatt House, but with very tolerable rates, the Cambria may get the nod anyways.

Choice Diamond status may not be the most luxurious or valuable, but I guess I'll find out in 2020. Choice has properties in many cities around the world that don't have other chain options, and it just announced the addition of 50+ all-inclusive properties into the portfolio. I honestly haven't considered Choice in the past, so I don't know what I may have missed out on for previous trips.

If there ends up being a stellar deal to redeem Choice points for a free night, I can always top off my Choice account with my Amex Membership Rewards points, or I can buy points for a cheap price. I enjoyed my one-night research project, one that invoked critical thought and introduced a new program into my award travel repertoire — something we could all benefit from on a regular basis.