Better than first class: What it was like flying in the cockpit on the El Al 787 Dreamliner 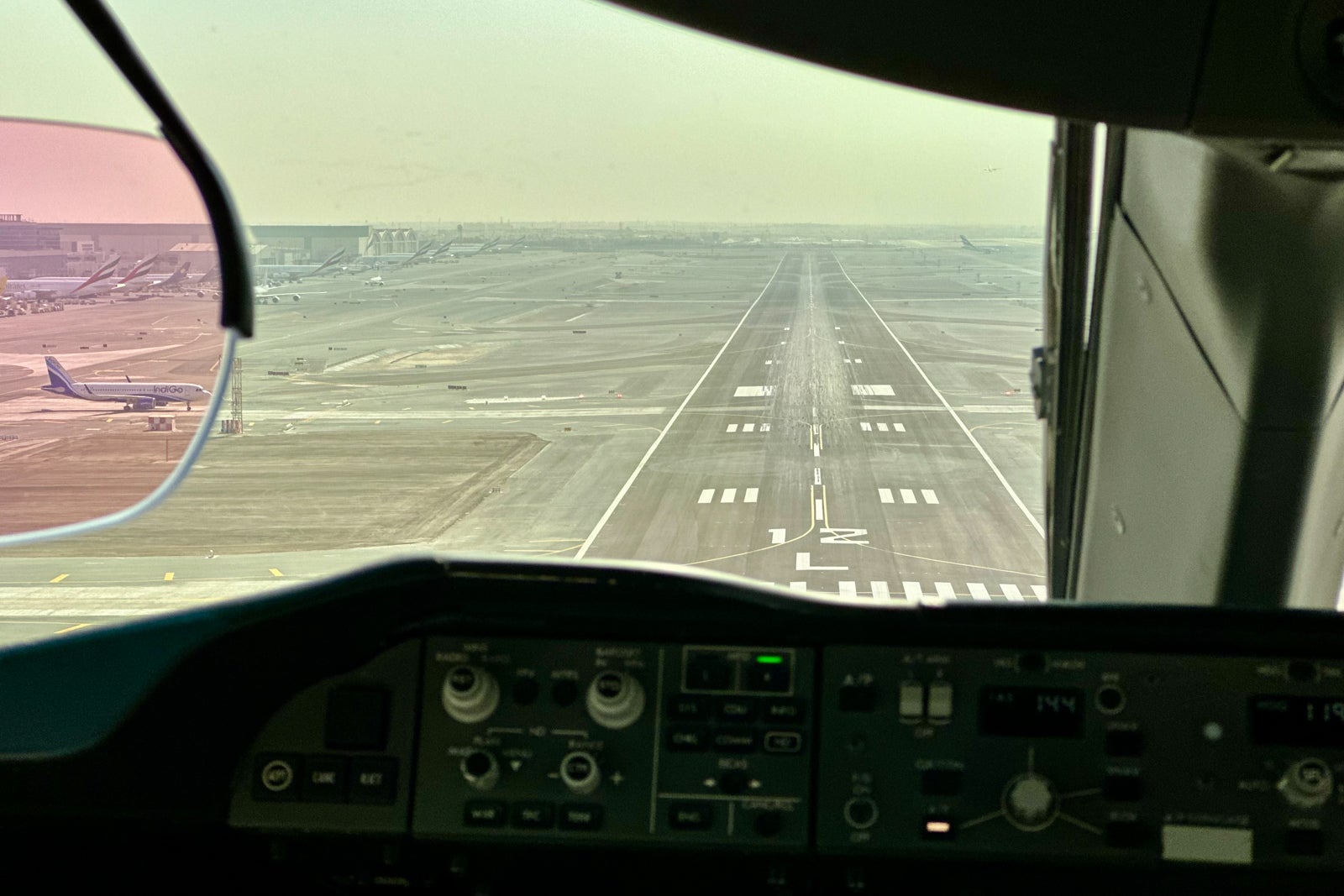 Better than first class: What it was like flying in the cockpit on the El Al 787 Dreamliner
This post contains references to products from one or more of our advertisers. We may receive compensation when you click on links to those products. Terms apply to the offers listed on this page. For an explanation of our Advertising Policy, visit this page.

"El Al 971 heavy, you are cleared for takeoff, runway 26" was the best type of inflight entertainment I've ever experienced throughout my travels.

And no, I'm not talking about listening to the air traffic control audio on a live stream (via an app like LiveATC) or through United's Channel 9 audio option on some jets.

Instead, this was the real deal — sitting in the cockpit jumpseat during takeoff and landing aboard an El Al Israel Airlines Boeing 787-9 Dreamliner, getting a front-row view of how pilots actually operate this wide-body jet.

Last week, I flew El Al from Tel Aviv to Dubai to attend a special media event (with another airline).

It had been almost exactly two years since I took the historic inaugural flight between Israel and the United Arab Emirates, and I specifically chose to fly with El Al to see what, if anything, had changed on this route since my journey back in December 2020. (Spoiler alert: stay tuned to The Points Guy for a full recap.)

But more than anything, the biggest change was my view. Even though the airline's Boeing 787 Dreamliners feature posh new business-class pods, I had much more than a spacious window suite on this flight.

After boarding, I was invited to sit in the cockpit during takeoff and landing. El Al’s media relations team knew I was on the flight and worked behind the scenes to arrange this unique opportunity.

While that type of access is essentially unheard of, especially for one of the world's most secure airlines, now you can catch a glimpse of what happens behind the armored flight deck door during the two most critical phases of flight.

My time in the cockpit began just a few minutes before our scheduled 5:30 a.m. departure from Gate B8 at the Ben Gurion International Airport (TLV) in Tel Aviv.

After the pilot and first officer welcomed me into the cockpit, they gave me a brief demonstration on how to buckle my special seatbelt (which included both a lap and shoulder harness) and how to don the oxygen mask in the cockpit if the plane were to depressurize.

Once I was buckled up, the first officer, Nis Hershkovitz, called the air traffic controllers responsible for the ramp at Ben Gurion to request pushback clearance.

It took a few minutes to receive that permission, as the controller had originally thought that the Dubai airport was closed. (It had been closed earlier in the morning due to fog, but it had already reopened by the time we were scheduled to depart.)

As we began pushing back, I marveled at the sheer number of buttons and screens in the cockpit. The map displayed even the finest details, including the airport layout with gate and taxiway numbers.

I watched as Hershkovitz read through a before-engine-start checklist, which he effortlessly pulled up on one of the Dreamliner's high-definition cockpit panels.

From there, it was time to ignite the engines and get moving. As we taxied toward runway 26, we passed by a parked British Airways Boeing 777, as well as a TAP Air Portugal Airbus A321.

As we headed east, we caught our first glimpse of daybreak, which looked much prettier from the expansive cockpit windows than from the passenger windows behind me.

Before long, I heard "hold short, runway 26" come through over my headset, which was connected directly to the aircraft's radios.

We waited a few minutes for some other planes to land and take off before receiving clearance to depart. I watched, mesmerized, as Capt. Haim Shnider, pushed the two throttles in the center console, and within seconds, the Dreamliner started barreling down the runway.

Before I knew it, we were airborne. While the takeoff roll may have taken 30 seconds, it (literally and figuratively) flew by.

Within seconds, I was turning my head left and right, trying to catch my last glimpse of Tel Aviv and Israel's Mediterranean coast before we took a sharp right bank to head east over Jordan.

As we made the turn, I even caught a birds-eye view of the Ben Gurion airport, which looked much calmer from 10,000 feet in the air than it did during the check-in process on the ground.

We continued climbing to our final cruising altitude of 41,000 feet, and at this point, the captain was feeding instructions into the airplane's sophisticated autopilot system.

As the two pilots pushed some buttons, my eyes were drawn to the sunrise, which happened much quicker than it would on terra firma as we were flying in the direction of the sun at over 400 miles per hour.

Once the sun started shining — making it nearly impossible to take a good cockpit photo — and we began leveling off at our cruising altitude, it was time for me to head back to business class for breakfast.

At this point, the seat belt sign had already been switched off, but I hadn't seen the pilots touch it. So I asked how that happened.

Turns out, the Dreamliner has an "auto" setting for the seat-belt sign, which automatically turns off the sign once the plane is above 10,000 feet. When going through turbulence, the plane will turn on the sign and then turn it off again once the air is clear.

Back at my seat, I enjoyed a delicious breakfast and a short nap before being woken up by the purser, who invited me back to the cockpit as we began approaching Dubai.

Once back inside, I felt like a pro. I had identified the location of the oxygen mask and even knew how to put on the special jumpseat seatbelt.

By this point, the pilots had activated their heads-up displays, which provide an overlay of the primary flight information, while allowing the pilots to stay focused on the outside environment. (These displays weren't used during departure due to a GPS calibration issue.)

Within minutes, we began our final descent into Dubai, where I caught my first glimpse of the tallest building in the world, the Burj Khalifa, which just barely peeked out of the thick fog.

I watched as Capt. Shnider pulled back on the thrusters, disengaged the autopilot and began gliding us into Runway 12L at the Dubai International Airport (DXB).

The landing couldn't have been smoother and within minutes we had exited the runway and began making our way to our final parking position.

While the flying was over, the long taxi to Gate C52 meant more time in the cockpit to capture some cool shots of nearby planes.

Of course, being that we landed in Dubai, there were scores of Emirates Boeing 777s and Airbus A380s, as well as some Boeing 737s operated by the low-cost FlyDubai. (Before the Abraham Accords in 2020, you rarely saw an El Al jet parked next to a sea of Emirates planes.)

We eventually pulled up to the gate next to an Emirates A380, and I watched as the visual docking guidance system gave the pilot meter-by-meter instructions as to how much more he'd need to taxi.

Once the sign read "STOP," I knew that the flight had officially ended, and with that, the pilots turned off the engines and hung up their headsets.

I turned to them and said "next time on a longer flight." They smiled and nodded, and now, a week later, I'm already planning my way back to Israel to hopefully experience this thrill once again.