Articles
Ashley Kosciolek has spent more than a decade writing about travel, with particular emphasis on cruises. Her favorite cities include London; Amsterdam; Krakow, Poland; Phnom Penh, Cambodia; Dawson City, Yukon; and anywhere known for outstanding pizza and theater. You can follow her daily exploits, both at sea and on land, on Instagram or Twitter @slyjabroni.
Follow
May 07, 2021
•
7 min read 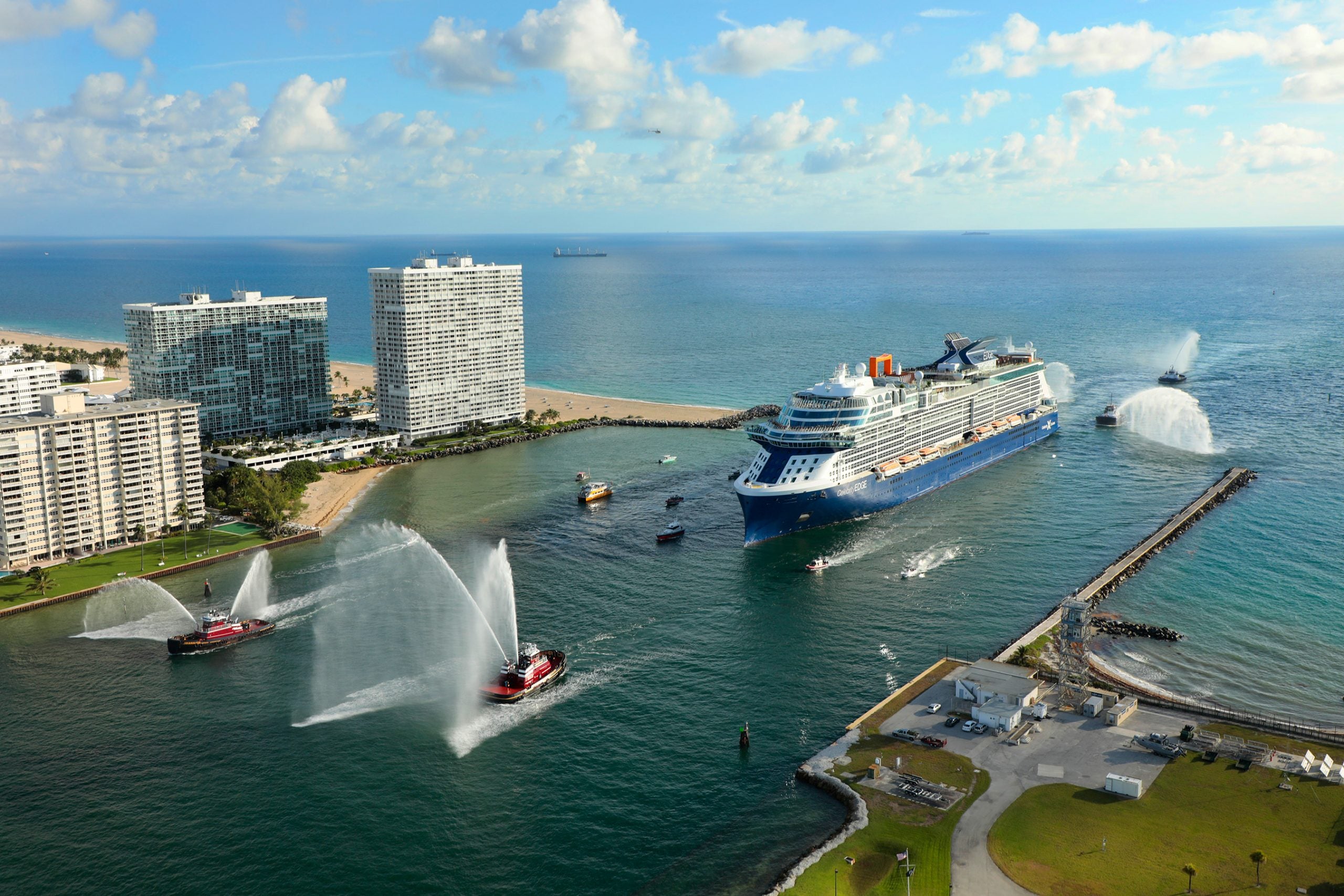 New U.S. Centers for Disease Control and Prevention (CDC) rules governing how cruise lines can restart operations out of U.S. ports in the coming months could be bad news for port towns across the country.

As part of new guidelines issued Wednesday under the CDC's Framework for Conditional Sailing Order, the health agency said passengers should not be allowed to tour on their own in ports when cruising resumes.

Although a restart will put tens of thousands of industry employees back to work and draw more customers to some local businesses, the new CDC rule could limit the benefits for ports.

What the rule says

In the Shore Excursions & Transportation Services section of the CDC's Manual for Simulated and Restricted Voyages, which was issued on May 5, the agency says "... ship operators must prohibit self-guided or independent exploration by passengers during port stops."

Under this rule, cruisers -- on both test sailings and revenue voyages -- would only be able to leave the ship in port if they purchase shore excursions through their cruise line. They would also be required to stick closely to their assigned groups and visit only places that have been screened and preapproved for safety by the line.

How the rule affects cruise passengers and businesses

The concept of bubble excursions was introduced by MSC Cruises when it resumed sailings in the Mediterranean in summer 2020. MSC executives say it creates an extra layer of protection and allows onboard protocols to be observed on land, but it also means cruise travelers can't visit stores, restaurants and other local businesses that aren't expressly included on the tours. (In fact, one family was kicked off of a sailing for not sticking with its designated excursion group.)

The policy effectively revokes passengers' ability to simply disembark the ship on their own and meander as they see fit. Nor can they book shore tours through third parties or directly through excursion providers.

In addition to forcing cruisers to pay whatever premiums cruise lines decide to charge for the approved tours, it also means most local businesses -- ones that aren't specifically part of those tours -- won't benefit from the influx of passengers.

Even if voyages are able to resume in other areas of the U.S., it is unclear whether Alaska cruises will be permitted to set sail this season, given Canada's ban on cruise ships through February 2022.

The ban currently makes it impossible for non-U.S.-registered Alaska-bound vessels to satisfy the requirements of the United States' Passenger Vessel Services Act. (Under the PVSA, U.S. itineraries must include at least one foreign port stop.)

With the exception of smaller U.S.-flagged vessels, to which PVSA and CDC framework requirements don't apply, Alaska hasn't seen ships since its 2019 season -- something which has hurt normally crowded port cities like Juneau and native-owned and -operated port towns like Icy Strait Point.

In the state, as many as 10% of jobs are in the travel and tourism sector, and the Cruise Lines International Association estimates the region lost out on 1.4 million cruise passengers last year, who were predicted to have brought $793 million in port spending.

In 2020, at Seatrade -- the cruise industry's annual conference -- cruise line executives said during an Alaska panel that they're dedicated to helping Alaska residents get back on their feet by funneling more passengers toward local businesses.

However, the CDC's mandating of bubble excursions in Alaska could significantly affect tour availability, particularly for some of the more exclusive bucket-list options -- glacier hikes, helicopter tours, salmon fishing, wildlife treks -- for which the destination is known. It would also certainly limit the number of businesses passengers would be able to visit.

Florida is the capital of the North American cruise market, with nearly half of all passengers funneling through one of the state's seven major ports. According to CLIA, Florida saw almost 8.3 million traveler embarkations in 2019, and the industry supported nearly 160,000 jobs.

Cruises haven't departed from the U.S. for more than a year, but the Sunshine State has largely remained open, welcoming travelers to its beaches and theme parks as a way to keep its tourism sector from completely shuttering.

Alaska, on the other hand, has suffered a larger blow, as the arrival of land-based vacationers has slowed to a trickle. Canada's land borders remain closed to the U.S., barring Canadians from crossing the border to vacation there, and many Alaska destinations are easier and less expensive to visit by ship than by other means of transportation.

In April, governors of both states sued the U.S. Federal Government, pressuring the CDC to issue instructions for an official return to service for cruises leaving from, returning to or calling on U.S. ports.

The agency's conditional sailing framework replaced a no-sail order in October 2020, but, until April, cruise lines were still waiting to hear about next steps. Since then, the CDC has released information on test sailings that will be required before ships are granted permission to begin conducting voyages for paying passengers. (The CDC's framework will require all passengers on test sailings to be volunteers.)

Although limited cruise operations resumed months ago in parts of Europe and Asia, they were not open to U.S. passengers. However, some Europe ports, like those in Greece, are preparing to ease their restrictions on foreign travelers this summer, and the Caribbean is ramping up with several voyage options for American cruisers on ships that have repositioned there as they wait for U.S. ports to reopen.

Norwegian Cruise Line, Celebrity Cruises and Royal Caribbean will all offer sailings open to Americans over the coming months, as follows:

Featured image by When sailing in North America, Celebrity ships such as Celebrity Edge often operate out of Fort Lauderdale's Port Everglades. (Photo courtesy of Celebrity Cruises)
Editorial disclaimer: Opinions expressed here are the author’s alone, not those of any bank, credit card issuer, airline or hotel chain, and have not been reviewed, approved or otherwise endorsed by any of these entities.