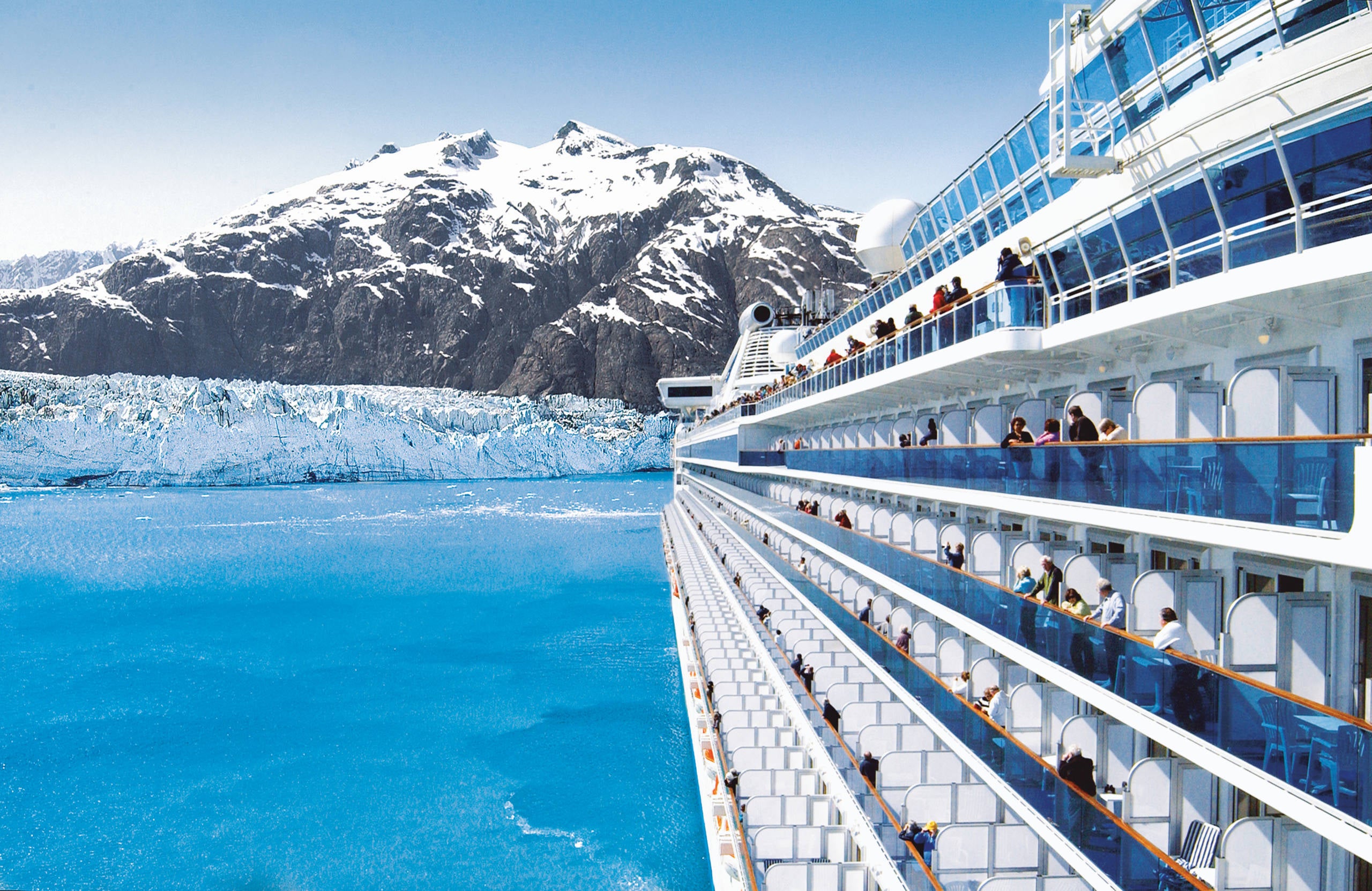 Alaska cruise season could be over before it begins as Canada bans ships for all of 2021
This post contains references to products from one or more of our advertisers. We may receive compensation when you click on links to those products. Terms apply to the offers listed on this page. For an explanation of our Advertising Policy, visit this page.

In a blow to the cruise industry's efforts to restart operations, the Canadian government on Thursday banned cruise ships from its waters for the rest of the year, citing the ongoing coronavirus pandemic.

The midday announcement, which was made by the country's Minister of Transport, could effectively end this year's Alaska cruise season before it even begins and also could stop sailings to New England that include calls in the Canadian Maritimes.

The ban also effectively closes the Canadian Arctic to boat-related tourism until 2022.

The ban will remain for more than a year, until Feb. 28, 2022, and is an extension of an already existing prohibition on cruise ship visits that has been in effect since the coronavirus pandemic began.

The Canadian government said the ban would apply to any cruise vessel carrying 100 or more people.

The ban is likely to force most cruise lines to cancel all 2021 sailings to Alaska, as many cruise lines rely on Canadian ports to make Alaska itineraries viable.

By law, foreign-flagged cruise ships cannot cruise in American waters without stopping at least once per voyage at a foreign port. What this means for Alaska cruising, on a practical level, is that the ships operated by Princess Cruises, Holland America, Royal Caribbean and most other big players in the region cannot cruise there unless their itineraries include at least one stop in Canada. Most big cruise lines flag their ships in foreign countries.

Only a waiver of the law would allow for continued Alaska cruises by the big lines.

U.S.-flagged vessels, such as those operated by small-ship cruise operators UnCruise Adventures, Alaskan Dream Cruises, Lindblad Expeditions and American Cruise Lines, still will be able to operate in Alaska.

Many cruises to Alaska start and end in Seattle, and include a Canada stop along the way. Others begin or end in Vancouver, British Columbia. San Francisco and Los Angeles also are gateways for Alaska cruises that include a stop in Canada.

In addition to cruise ships carrying 100 people or more, the ban also applies to adventure-seeking pleasure craft that operate in the Canadian Arctic. Passenger vessels carrying more than 12 people will be prohibited from entering Arctic coastal waters, including Nunatsiavut, Nunavik and the Labrador Coast.

That'll mean that "expedition-style" sailings into the Northwest Passage and other Arctic areas around Canada on even very small vessels will not be able to take place in 2021.

Related: The latest dates when cruise lines hope to restart

"Temporary prohibitions to cruise vessels and pleasure craft are essential to continue to protect the most vulnerable among our communities and avoid overwhelming our health care systems. This is the right and responsible thing to do," Canadian Minister of Transport Omar Alghabra said in a statement.

One caveat: Alghabra has the authority to rescind the ban should the situation with COVID-19 improve.

The Canadian government on Thursday also said it continued to advise Canadian citizens and permanent residents to avoid travel on cruise ships outside Canada until further notice.

Thursday's announcement leaves Alaska facing an unprecedented two straight years without almost any cruise tourists. All major lines canceled Alaska sailings in 2020 in the wake of Canada's initial cruise ship ban and a "no-sail" order from the U.S. Centers for Disease Control and Prevention.

Among major North American destinations, Alaska is relatively unusual in its reliance on cruise ships to deliver a large percentage of its visitors. In a typical year, Alaska draws about 2 million visitors. Of those, nearly 1.2 million — or almost 60% — are cruisers. That’s a massive chunk of Alaska’s tourist base that could be impacted by Canada's decision.

Last year's cruise cancellations had a devastating effect on coastal Alaska tourist towns such as Juneau, Skagway and Ketchikan, where nearly all visitors are cruisers. But even interior destinations such as Denali and Fairbanks saw large segments of their tourist business disappear due to cruise cancellations.

Carnival Corp., the parent company of the two cruise lines with the biggest Alaska operations, Princess and Holland America, said in a statement Thursday afternoon that it was assessing whether there was any way to preserve part of the upcoming Alaska season.

"We are disappointed to learn about Canada’s decision to extend the interim order that prohibits cruise ships from sailing in its waters," the Carnival Corp. statement said. "This extension, if not amended as pandemic conditions improve, or through action by U.S. authorities, would require our brands to cancel our Alaska (West Coast) and Canada/New England (East Coast) cruise vacation seasons this year."

A spokesperson for the Cruise Lines International Association (CLIA), the cruise industry's main trade group, told The Points Guy that it and its member cruise lines were considering all options.

"The industry may consider asking for temporary relief from the Passenger Vessel Services Act," CLIA manager for strategic communications Laziza Lambert said, referring to the 135-year-old U.S. law that forces foreign-flagged cruise ships to make a stop at a Canadian port when sailing to Alaska.

Still, some industry observers late Thursday already were assuming the 2021 season for cruises in Alaska was done.

"This announcement essentially means that 2021 Alaskan cruises and New England/Maritime Provinces cruises will not be happening," Truist Securities analyst C. Patrick Scholes said in a bulletin sent to investors.

Noting that Alaska cruises have historically accounted for an important portion of cruise line revenue in the summer, Scholes said the ban would increase the likelihood that the big, publicly traded cruise companies such as Carnival Corp. and Norwegian Cruise Line Holdings would have to raise more capital from Wall Street to stay afloat.

"While Alaskan deployment has historically been approx. 5-9% of annual deployment and 11-22% of (third quarter deployment), the impact on revenues is greater than these percentages as Alaskan cruises are premium priced cruises," Scholes wrote.