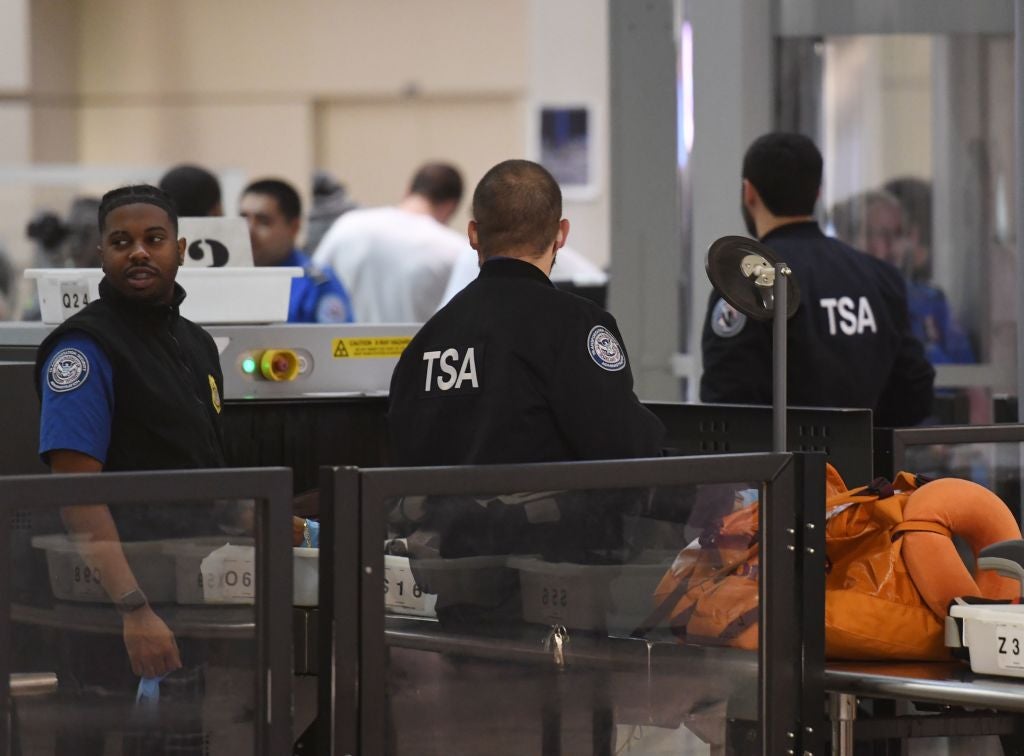 At JFK Airport, TSA Workers Fear an Unknown Future
This post contains references to products from one or more of our advertisers. We may receive compensation when you click on links to those products. Terms apply to the offers listed on this page. For an explanation of our Advertising Policy, visit this page.

After the World Trade Center towers fell on Sept. 11, 2001, native Long Islander George decided in his forties to dedicate the rest of his life to making America a safer place. So he joined the Transportation Security Administration, becoming one of the hundreds of blue-shirted federal workers who make sure that dangerous passengers and weapons don't make it onto the airplanes that fly out of New York City's busiest airport.

Some 18 years later, George, who had been planning on retiring next year, isn't sure he'll make enough money this year to be able to retire after all.

As the government shutdown continues for its record 26th day, TSA workers across the country are on duty without a paycheck, with reports of sick-outs and shuttered checkpoints everywhere from George Bush Intercontinental Airport in Houston to Miami International Airport to Hartfield-Jackson Atlanta International Airport and beyond. At New York-JFK, TSA officers have complained that they haven't been paid since the end of last year, and those TPG spoke to Wednesday weren't optimistic that they'd see their next, usually bimonthly check, either.

The TSA officers we spoke to were under strict instructions not to speak to the press. Their names have been changed to protect their identities and careers.

"I"m OK to pay my rent until the next month, but after that?" George said as he zipped up a coat over his electric-blue TSA uniform shirt and briskly walked between terminals — he was one of several that day reassigned at locations to fill in for a deficit of workers at another screening point. "After that, I'll have to dip into my savings. At my age, I should be saving money to earn money."

"And I'm old enough to have saved money," he added. "There are moms with kids, younger people who aren't good savers — a lot of people, they really are living paycheck to paycheck."

Tema, 36, is among those. The Brooklynite has two children, and though another adult member of her household has a nongovernment job, they're already worried about how they're going to continue to cope with only half their household income.

""You know, we already had our own issues [at the TSA], always had other issues," the 17-year veteran of the agency said during a lunch break. "But this is something different. This is bad. No one wants to work and not get paid."

Nevertheless, she said dire circumstances have made the colleagues at the TSA band together. Tema said that, since the shutdown, her co-workers and she have started taking turns bringing in shared lunches and treats for each other.

"We help each other out," she said. "One day, I brought in hot dogs for everyone. The next day, someone else brought in tacos."

Though George and Tema said they'd heard of co-workers taking on extra jobs like driving for Uber to make ends meet during the shutdown, both said they didn't know of anyone who'd dishonestly called in sick since December. Those TSA workers taking time off, Tema said, had all been approved months earlier, and had already bought plane and hotel tickets for their vacations.

And the camaraderie has extended to the passengers, Tema said. The TSA break room is filled with gifts and supportive notes from passengers.

"There are all these boxes of Dunkin' Donuts and Baked by Melissa cupcakes with notes from the passengers when I go up there," she said.

But pastries and goodwill can only go so far. Both Tema and George said this was becoming a crisis beyond politics, and that innocent, hardworking public servants are paying the price for a battle they never wanted to be part of.

"They just need to end this shutdown," George said as he prepared to begin another shift. "It's just not fair."