In Praise of Anthony Bourdain, An Intrepid Traveler

Articles
Nick Ellis joined The Points Guy in 2016 as an intern and is now Reviews Editor, primarily responsible for arranging, writing (some of), editing and publishing reviews of hotels and airport lounges along with helping manage, write and edit travel content.
Follow
June 08, 2018
•
5 min read 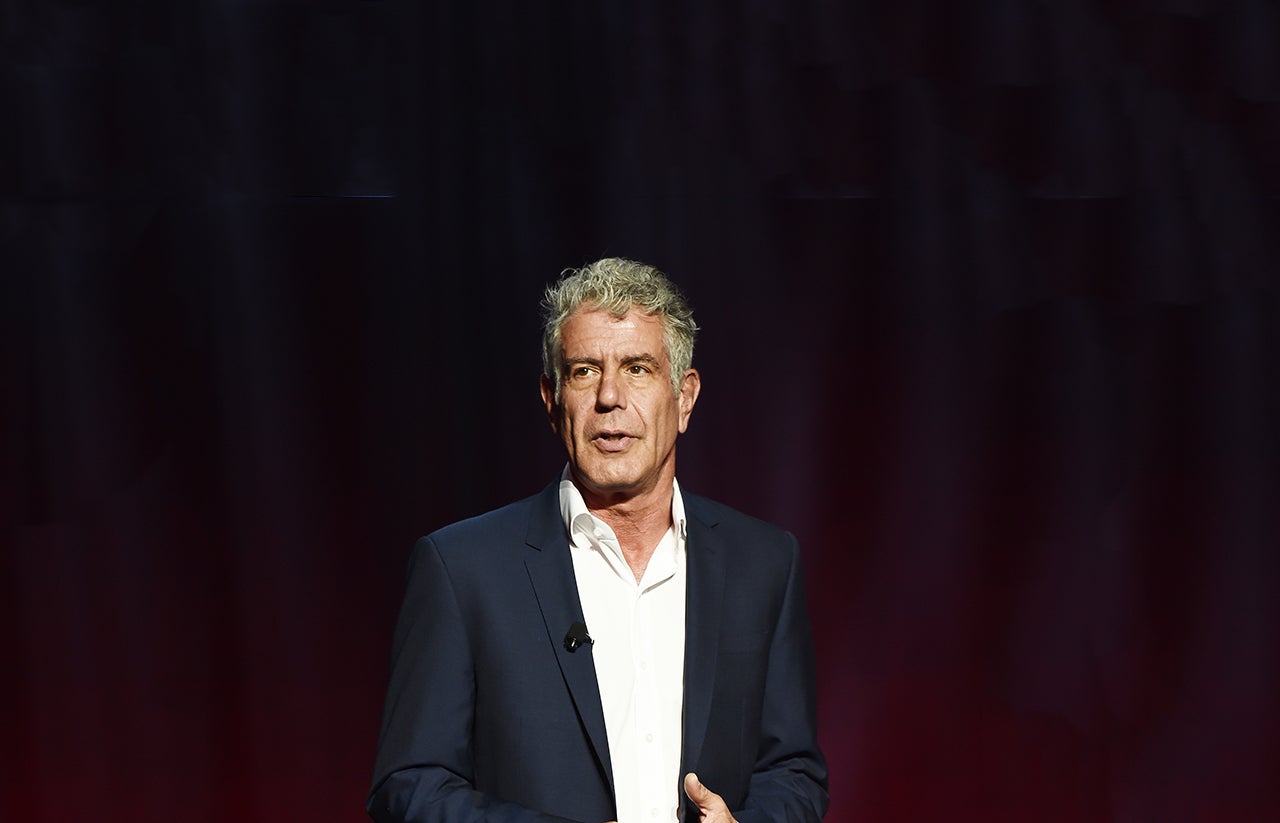 In Praise of Anthony Bourdain, An Intrepid Traveler

On Friday, June 8, the world lost a larger-than-life figure known for his love of food (and his hatred of airplane food), adventurous spirit and penchant for understanding the world around him. Anthony Bourdain was found dead in his hotel room in Strasbourg, France, on Friday. He was 61. CNN confirmed Bourdain's death in a statement, saying that he was in France filming an episode for his show "Parts Unknown."

Bourdain was a titan of the travel world. We didn't need to look far to find people he had influenced. In our own newsroom, associate editor Brendan Dorsey said, "I probably wouldn't be here if it wasn't for Anthony Bourdain." Across our internal messaging system, people immediately reminisced about their brushes with a man whose outsize persona loomed, in a good way, all over travel media. "He was my first real interview," wrote travel editor Melanie Lieberman. And TPG himself wrote that they had met "several times at the Cayman Cookout with [The] Ritz-Carlton," and thanked him for "bringing realness to travel."

And I, too, would probably not work where I do if it hadn't been for him.

The news of Bourdain's death shocked and saddened me. I knew that the world was — in an instant — a less connected place. His writing and his presence on television instilled in me an insatiable curiosity for the world — he unabashedly threw himself into places and situations that would make others tremble. I watched every episode of "Parts Unknown" with excitement and anticipation, knowing that I'd be transported to a place I'd likely never been before. I would marvel at how at ease he was with eating foods that could be described as, uh, exotic — and drinking too much on camera, and divulging personal details to complete strangers.

It all began in 2000, with the publication of his first book, Kitchen Confidential, which made him a name to follow for people who saw how food was far more than just something you eat. He rapidly expanded into hosting travel shows, his first over a decade ago on the Travel Channel called "Anthony Bourdain: No Reservations," which ended in 2012. Between 2011 and 2013, he hosted "The Layover," a show dedicated to showing viewers the possibilities of exploring a city between 24 and 48 hours. Most recently, Bourdain moved to CNN where he hosted "Anthony Bourdain: Parts Unknown," beginning in 2013.

And he never stopped exploring — between his three shows, Bourdain logged thousands of miles in the air. In total, he featured 83 countries or regions in episodes. We tallied his travels: the most-featured country across Bourdain's shows was the United States with a total 67 episodes. But he ranged far and wide. The most featured destination was Italy with 11 episodes, a place where he had also found love again, with actress Asia Argento. After that, and not surprisingly for a food-based show, came France with 10 episodes, followed by Japan (8), China (7), Brazil (6), Spain (6), Canada, India and Vietnam (5), Mexico (4) and the United Kingdom (4). He helped put places on the world travel map that maybe foodies knew, but weren't yet widely known by Americans: He went three times to Lebanon, Malaysia, Portugal and Singapore, for example. And he made repeat visits to Cuba, Laos, Peru, the Philippines and Uruguay, among others.

And because he really went to parts unknown to most, he also hosted shows from places as diverse as Antarctica, Madagascar, and Uzbekistan: A truly intrepid traveler. I don't know what his favorite airlines were, but I do know that he had logged more miles than most humans ever will, and found great stories along the way.

Despite his past struggles with drugs, he knew the world, knew people and understood that travel, at its core, is a fundamentally human experience, and that people can set aside differences and come together with a hearty meal, (several) strong drinks and, of course, a riveting story. In today's world, travel is often a manufactured experience made for the internet, but Bourdain's style was different — he didn't care for the frills of travel, but rather he focused on immersing himself in the environment around him in order to better understand humanity and his place in the world. I hope that his life serves as inspiration to many to not be afraid to jump head-first into the unknown, and to never stop exploring the world through food, drink and, most importantly, people — as we've discovered recently, life is entirely too fleeting. Rest in peace, Anthony. You'll be missed.

With additional reporting by Emily McNutt.

If you are having thoughts of suicide, contact the US National Suicide Prevention Lifeline (1-800-273-8255) — open 24 hours a day, every day. You can also visit SpeakingOfSuicide.com/resources for a list of additional resources.