Articles
Emily McNutt is The Points Guy's Global News Editor and is based in London.
Follow
May 25, 2019
•
7 min read 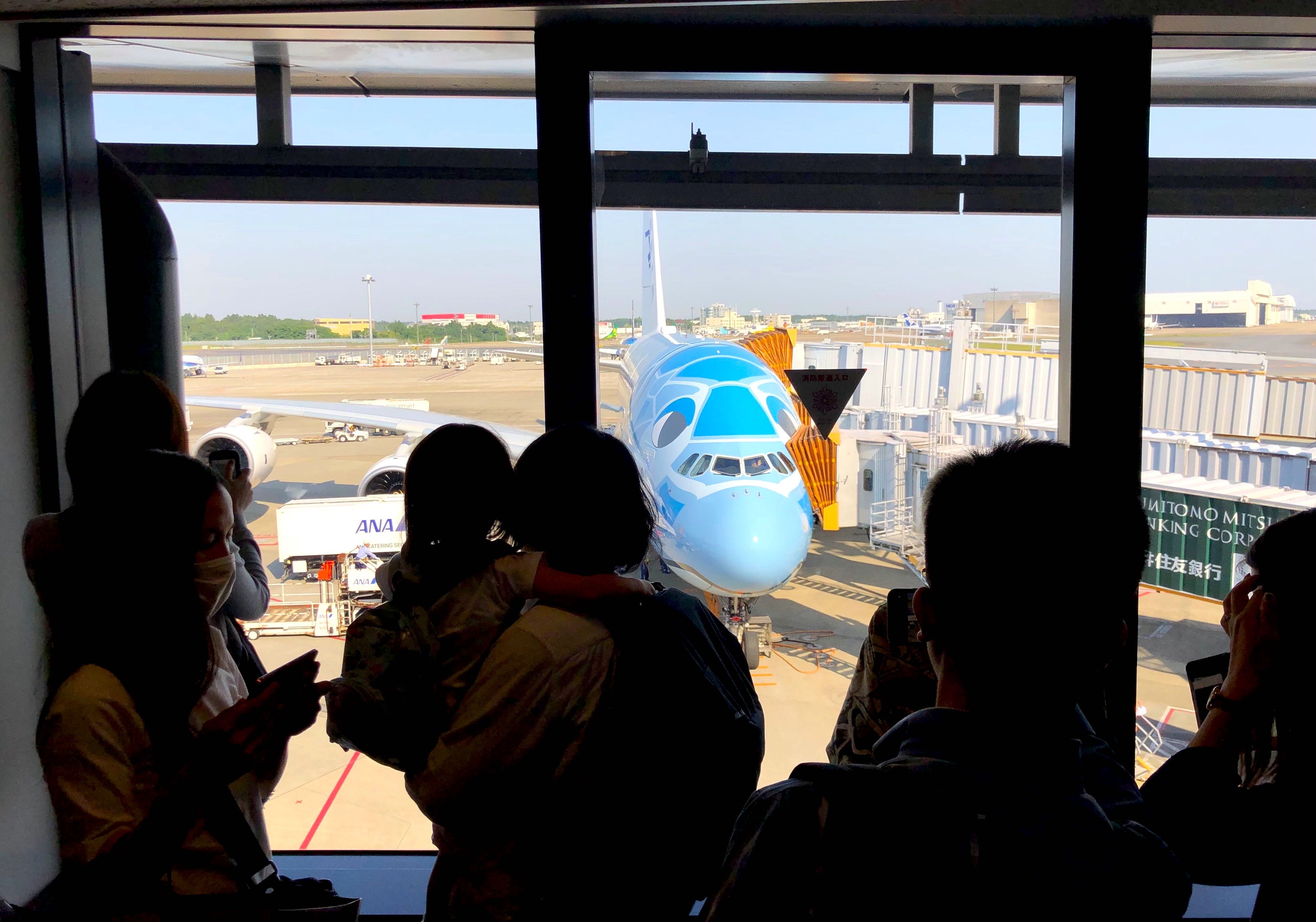 ANA Debuts Airbus A380 to Hawaii; Last-Ever Inaugural for Superjumbo Jet?
This post contains references to products from one or more of our advertisers. We may receive compensation when you click on links to those products. Terms apply to the offers listed on this page. For an explanation of our Advertising Policy, visit this page.

Excitement was in the air ahead of All Nippon Airways' long-awaited launch of Airbus A380 service from Honolulu.

"It's a big day today at the airport," my taxi driver told me while en route to the city's Daniel K. Inouye International Airport on Friday.

"Why's that?" I responded, perhaps not fully understanding the A380 excitement from non-AvGeeks.

“The big plane is taking off today for the first time!” the driver responded excitedly, adding he’d already booked himself a flight on the A380 between Honolulu (HNL) and Tokyo Narita (NRT) in November.

I quickly learned that the A380's arrival has indeed made a splash in Hawaii.

This launch also might go down in the history books as the last-ever inaugural flight of an Airbus A380 for a new carrier. In April, Airbus announced it would cease production of the model in 2021 after sales of the "Superjumbo" jet never met expectations. That means unless another airline decides to buy used A380s in the future, ANA is set become the last to add the A380 to its fleet.

ANA took delivery of the aircraft in April and has been preparing to launch the jumbo, which it has given a special sea-turtle-themed livery and branded as "Flying Honu."

ANA's first revenue flights on the A380 came Friday (May 24), when it put the plane into service for the first time on a flight from its NRT hub to HNL. Its return from HNL was also greeted with fanfare in Hawaii, where it marked the debut of A380 service departing from Hawaii. It was a celebratory moment for all involved, including those with the airline and with Hawaiian tourism officials, who welcomed the tourist traffic that could come via the giant plane. For AvGeeks, however, it was something of a bittersweet moment.

Until the line closes in 2021, Airbus says the A380 production will continue until the final aircraft is delivered. Even then, Airbus remains confident that it will continue supporting existing A380 customers — now including ANA — until the aircraft are no longer in operation.

ANA's first Flying Honu, registered as JA381A, is dedicated solely to ANA’s popular route between Tokyo and Honolulu. And on Friday, the press, government diginitaries and representatives from ANA turned out en masse to welcome the jet.

With three A380s on order that it expects to finish taking delivery of by 2020, ANA is placing all of its bets on its existing Hawaii routes, which are already running at high capacity. Hawaii remains one of the hottest holiday destinations for the Japanese. In 2015, 1.5 million Japanese people traveled to Hawaii, and the Hawaiian Tourism Authority hopes to get 2 million Japanese tourists per year within the next few years.

ANA's deployment of the A380 to Hawaii could help the state get to that mark. Prior to Friday’s launch, ANA operated three daily flights between Tokyo and Honolulu using its Boeing 787 aircraft. Now with the service on the A380, which will operate four times weekly, ANA significantly increases its capacity on the route. Whereas the Dreamliner fits between 200-250 passengers, depending on the configuration, ANA's A380 can carry 520.

By 2020, the A380 service is expected to bring an additional $285 million to Hawaii’s economy and as much as $30 million in tax revenue, Hawaii Gov. David Ige said at the inaugural celebrations on Friday. There will be some cost to the state for the A380, however; Hawaii had to make $13 million in airport improvements in order to accommodate the supersized A380.

Also new at HNL is an ANA lounge designed for premium economy, business and first-class passengers. The lounge space, which sits on the second floor of the main terminal, offers sprawling views of Diamond Head. In addition, passengers seated in any of the three cabins can board the aircraft directly from the lounge. There’s no need to queue up downstairs with the flocks of economy passengers.

The carrier didn’t always intend to operate the A380. In late 2015, the Tokyo-based carrier placed an order for three A380s that came amid the fallout of a bankruptcy filing at fellow Japanese carrier Skymark Airlines. Skymark had originally placed an order for A380s in 2010, but because of financial strains, it was forced to scrap its plan, which would have made it Japan’s first A380 operator. Instead, ANA ended up taking three A380s in a deal with Airbus related to Skymark's eventual restructuring.

ANA has already taken delivery of its second A380, also painted an a Flying Honu livery. It arrived May 15, which was earlier than anticipated. That aircraft will enter service on the NRT-HNL route beginning July 1.

All three of ANA’s A380s feature a four-class configuration with a total of 520 across two decks — eight in first class, 56 in business class, 73 in premium economy and 383 in economy. Passengers will find the entire bottom deck configured in a 3-4-3 economy configuration, while the other three cabins are located on the top deck. The aircraft is the first to offer ANA’s take on an economy couch product, similar to Air New Zealand’s Skycouch, which ANA is calling ANA COUCHii.

Having experienced the economy product myself, I can say that it’s a very comfortable way to fly between the two destinations. The economy cabin features a relatively generous 34 inches of pitch and 17 inches of width. In addition, each seat has its own power port, foot rest and 13.3-inch inflight entertainment screen, which features both live tailcam and live TV, among other options.

Everything on board the Flying Honu is done to cater to the leisure market. Flight attendants wear a flower in their hair with bright custom uniforms. The inflight catering is different, and the amenities passengers can expect are unique to the Flying Honu. For example, passengers seated in premium economy can look forward to a beach bag when they travel on the A380. Even the safety video features three cartoon sea turtles parading around the beaches of Hawaii, and the A380's safety card features the Hawaiian flower.

While the number of carriers operating the A380 increased by one as of Friday, it also marks one step closer to the ultimate doom of the aircraft. With no more new carriers set to take delivery of one of the superjumbos, its existence is entirely reliant upon airlines that already operate them. ANA, however, hopes to make the most of the A380’s densely configured cabins. And with a full inaugural flight on Friday with both a mix of AvGeeks and leisure travelers who had no idea the significance of the flight, it appears as though ANA is off to a good start.