Too Big to Succeed: Why the Airbus A380 Is Dead

Articles
Howard Slutsken lives in beautiful Vancouver, BC, and loves to hang out at airports and fly just about anything - especially gliders. He's a frequent contributor to many aviation publications and websites.
Follow
Feb. 14, 2019
•
7 min read 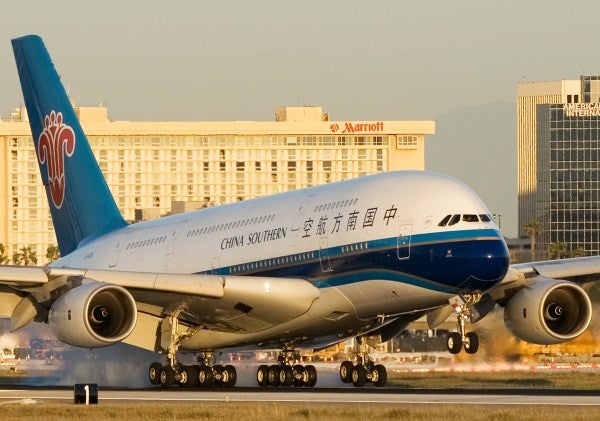 Too Big to Succeed: Why the Airbus A380 Is Dead
This post contains references to products from one or more of our advertisers. We may receive compensation when you click on links to those products. Terms apply to the offers listed on this page. For an explanation of our Advertising Policy, visit this page.

Thursday morning, in a move that surprised no one in the industry, Airbus announced that its A380 line in Toulouse will close in 2021, once the final aircraft on order has been delivered.

After spending billions on the double-decker flagship, the biggest passenger plane in the world, Airbus has realized that its projections for more than 1,000 A380s plying the skies between major hubs were pie-in-the-sky optimistic. By the time the final A380 rolls off the line, only about 250 planes will have been delivered.

That’s not to say all the A380s will be parked tonight, never to fly again. Far from it, although some may be retired sooner than later.

The lion’s share of the mega-jets was delivered to Dubai-based Emirates, and the airline still had 53 planes on order. Now, in a new agreement with Airbus, Emirates will take just 14 A380s over the next two years. The airline’s final A380s are expected to replace some of the airline’s earliest A380s, with a now-revised fleet total of 123 aircraft.

Instead, it's buying smaller Airbuses, the A330-900 and A350-900, which seat about half the passengers of an A380 — quite a change of heart from the airline that's turned itself into a world-class player largely thanks to the double-decker.

If you’ve ever flown through DXB during the 2:00am push, you know that Dubai is “Home to the A380,” with dozens flying off to link the airport with far-flung destinations. The big plane became central to the airlines’ growth strategy. Emirates often used the A380 to gobble up traffic from all sides of the globe, with every flight connecting through Dubai.

Sir Tim Clark, President of Emirates Airline, was the A380’s biggest booster and wasn’t shy about telling others how the plane could solve capacity issues at slot- and runway-constrained airports.

“I try to argue very hard to all my competitors, if you want to challenge us, go buy the 380, it's the best thing for you to do,” said Clark during the World Travel Market in November 2016. “But seriously, when you look at the constraints that we're all facing in this business, it has to be that. After all, the third runway at Heathrow, assuming it gets built, is 2026, if you're lucky. That's 10 years out. What are we going to do in the next 10 years? It's hard to get slots. The 380 for me is the answer.”

But no one among his airline CEO peers listened to Sir Tim. They did the opposite, in fact. When Benjamin Smith took over last year at Air France - KLM, one of the first things he did was to cut the airline's A380 fleet in half.

Few airlines other than Emirates embraced the mega-jet, and many shied away from it. Not a single North American carrier ordered one, and now, some airlines are parking or re-purposing their A380s.

With 500 seats to fill in an average configuration, the A380 makes money when it's full, but loses a lot of it when it's not. And there aren't many routes that can sustain that level of traffic year-round. So airlines opt to fly smaller planes but fly them with far more guarantee they'll be full. The largest plane flying for American Airlines, the biggest airline in the world, barely cracks the 300-seat mark. Could AA fill an A380 on its busiest routes, say New York to London, most of the time? Yes, it could — but many airlines prefer to fly two 250-seaters a day on such busy routes rather than one 500-seater. The operational flexibility is greater, and the financial risk smaller.

The giant was killed by its very size.

"It’s dead. It was born to die. Simply the dumbest program of modern times,” said aviation analyst Richard Aboulafia, when we asked him about the rumors that the big bird was about to get the chop.

That may be a harsh take. The 380 was born out of a sound idea: That traffic growth between large hubs would justify building a behemoth. It works for Emirates, after all, whose business model is based on moving a lot of people between the Americas and Europe to and from Asia via a very large hub. But the execution of that idea was just too big. Boeing decided instead to bet on the growth of traffic between smaller cities served directly point-to-point, not via big hubs, and built a good plane to do just that: The fuel-efficient 787, which sells like hot cakes. Score one for the Americans in the decades-long battle with Europe's Airbus.

Even Emirates is unhappy with the performance of its latest A380s powered by Rolls-Royce Trent 900 engines. And Qantas recently cancelled the final eight of an order for 20 planes. The remaining A380 orderbook was very thin. There are another three double-deckers destined to fly from Japan to Hawaii for All Nippon Airways. And whether they’re eventually produced or not, 20 new planes are ostensibly going to aircraft-leasing company Amedeo, and three to Russian holding company Air Accord. (Don't bet on those 23 ever getting built, though. What leasing company would drop almost half a billion dollars apiece, at list prices, on a plane that's now officially a zombie?)

Barely a decade after its introduction, Singapore Airlines, the double-decker’s launch customer, parked two of its earliest A380s. The planes are scheduled to be scrapped, becoming parts donors for the remaining fleet.

Malaysia Airlines is transferring some or perhaps all of its fleet of six A380s to a subsidiary, just branded as Amal. The planes, converted to a high-density interior, are flying dedicated pilgrim flights for Muslim passengers from Southeast Asia to Saudi Arabia.

With the exception of niche opportunities like Amal, or the odd plane getting picked up by wet-lease operators like Hi Fly, it remains to be seen how many planes won’t meet the sad fate of those two Singapore birds at the scrapper. While many aircraft types have seen a second life by undergoing conversions to dedicated freighters, it’s highly unlikely that the A380 will become a cargo hauler. Expensive engineering would need to be developed to convert the big plane to a freighter: Airbus had originally pitched a cargo A380 to UPS and FedEx. Both cargo carriers placed orders for the A380F, only to cancel them because of ongoing delays in the program. Ironically, UPS went on to buy Boeing 747-8 freighters and Fedex sees its future with a large fleet of Boeing 777Fs.

But air traffic is growing fast, and airports aren't expanding at the same rate. Tim Clark at Emirates may very well have a point. With the continued growth of worldwide air travel and the emergence of mega-cities, perhaps the A380 was ahead of its time.

We may never know.

Featured image by A China Southern A380 lands at LAX in April 2016. Photo by Alberto Riva / The Points Guy