American cuts 5 international markets, including its longest flight, due to delayed Dreamliners 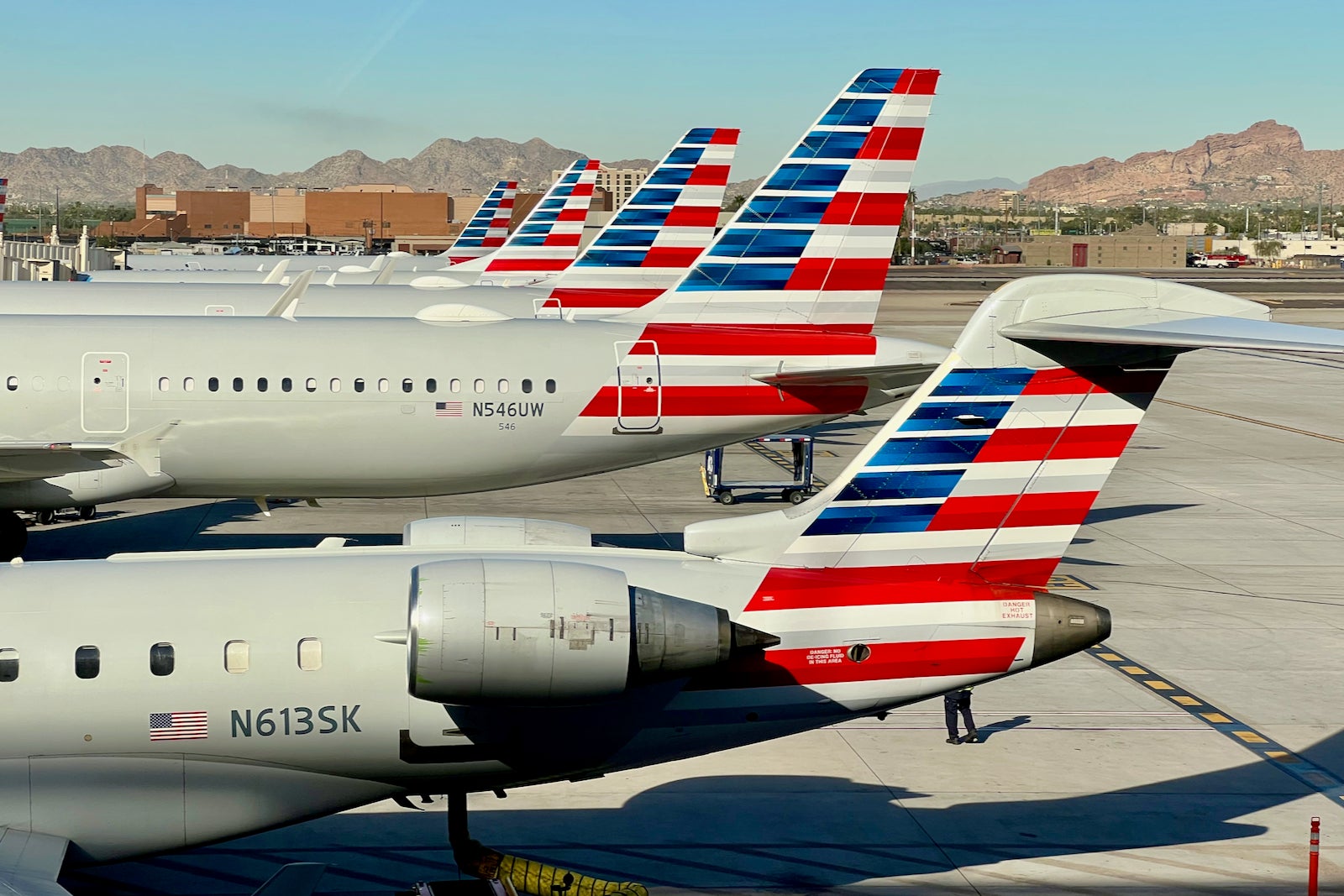 The Fort Worth-based carrier is cutting select markets and trimming flights due to delays in receiving new Dreamliner jets from Boeing, according to an internal memo viewed by TPG and first reported by the Wall Street Journal.

While much of the news is around cuts, there's a (small) silver lining: American is adding one new pin to its route map: Doha, Qatar.

International markets are getting axed and delayed

The carrier will also reduce the schedule frequency to Shanghai, Beijing and Sydney and further delay some of its new flagship long-haul routes, including Seattle to Bangalore and Dallas/Fort Worth to Tel Aviv.

American's sweeping cuts hit Asia the hardest — not necessarily surprising given that travel to the region remains subject to tight COVID-19 measures, with no signs of things changing anytime soon.

Aviation enthusiasts will note that cutting Hong Kong also means that American's longest route — 8,123 miles from Dallas/Fort Worth to Hong Kong — will be axed. At 8,075 miles, Seattle to Bangalore will become the airline's new longest route when it finally launches.

As for the European cuts, American flew a 176-seat, single-aisle Boeing 757 to Edinburgh and Scotland. The carrier retired this jet at the outset of the pandemic, and the airline doesn't have a suitable replacement yet.

The airline could theoretically upgauge these flights to a wide-body, but that would likely represent too much capacity for these markets. Instead, the airline will likely need to wait to receive the Airbus A321XLR, which it'll likely use for transatlantic flights.

The exciting news for American's route map is a new pin in the Middle East: Doha, Qatar (DOH).

American is launching daily nonstop flights from New York-JFK to Doha, home to the airline's Oneworld partner Qatar Airways. At 6,704 miles, the new route will be the airline's second-longest from JFK, after the newly launched service to New Delhi.

Interestingly, Qatar Airways is already scheduled to fly up to three daily flights with nearly 900 daily seats between JFK and Doha next summer, according to Cirium schedule data. With American's flight, it'll increase capacity on the route by roughly 25%.

A Boeing 777-300ER will operate the route, featuring eight Flagship First pods, 52 Flagship Business seats, 28 premium economy recliners and 216 coach seats. The flight will go on sale on Sunday, Dec. 12 and will take off on June 4, 2022.

While some of the traffic that American hopes to capture will terminate in Doha, especially for the FIFA World Cup next winter, the airline can funnel plenty of onward traffic to points in Africa, India and Asia through Qatar's mega-hub.

Plus, the new flight will likely be buoyed by the airline's Northeast Alliance with JetBlue, with the airline tapping into JetBlue's robust network from JFK for additional domestic connectivity beyond the New York City area.

While some top-tier elites will prefer flying American for upgrade opportunities, most travelers will experience a more refined inflight experience with Qatar. The airline's award-winning Qsuite business class and tastefully appointed coach cabins are among the best in the sky. Plus, with tasty meals and robust entertainment options, many might find the 14-hour flight to be more enjoyable on Qatar.

Either way, more options are better than none, so American's new long-haul flight is a sliver of good news in a big network pulldown.

American is dreaming about its Dreamliners

American Airlines' long-haul wings have been clipped due to a delay in receiving new Dreamliner aircraft from Boeing. American expected to receive 12 new 787 jets this year, according to a July securities filing, but that timeline has since shifted. (The airline did take delivery of one new 787-8 Dreamliner in April.)

The Chicago-based planemaker has faced major setbacks in its Dreamliner assembly line after production issues were identified in the manufacturing process.

The Federal Aviation Administration launched a review of the entire Dreamliner production process last year, and Boeing has since halted nearly all deliveries of its 787 jets. Boeing had hoped to convince the FAA to approve its aircraft inspection process and resume deliveries of the jet in late October, per a Wall Street Journal report, but that timeline has now shifted to April 2022 at the earliest.

While American waits for its Dreamliner deliveries, Vasu Raja, American's chief revenue officer, notes that "Boeing has advised us that they will compensate American for their inability to deliver the aircraft."

Next summer, American will deploy all its wide-body aircraft for long-haul flights next summer, and no single wide-body will operate exclusively in the airline's domestic or short-haul international network, wrote Raja.

In August, American scaled back much of its transatlantic and Latin America schedule for the winter season, based on the assumption that the airline wouldn't receive new Dreamliners from Boeing. Several high-profile routes were cut, including Dallas/Fort Worth (DFW) and Philadelphia (PHL) to Madrid (MAD), as well as Philadelphia to Amsterdam (AMS).

At the outset of the pandemic, American retired its Airbus A330, Boeing 757 and Boeing 767 fleet. Without those jets — and now without new Dreamliners — American's long-haul network is suffering.

Our points-obsessed staff uses a plethora of credit cards on a daily basis. If anyone on our team wouldn’t recommend it to a friend or a family member, we wouldn’t recommend it on The Points Guy either. Our opinions are our own, and have not been reviewed, approved, or endorsed by our advertising partners.
See all best card offers
Related stories
Guide
Loyal to Costco and own a business? Costco Anywhere Visa Business Card review
News
American, JetBlue add 11 new routes as part of expanded Northeast Alliance
News
5 signs you have too many credit cards
News
1st impressions of MSC Seascape: 9 things I liked and didn't like about MSC's 4th Seaside-class ship