Articles
Ben Mutzabaugh is the senior aviation editor and heads TPG’s airline coverage. Ben joined TPG in March 2019 after nearly 19 years at USA Today, where he launched the long-running, industry-leading Today in the Sky blog in 2002.
Follow
June 19, 2019
•
4 min read 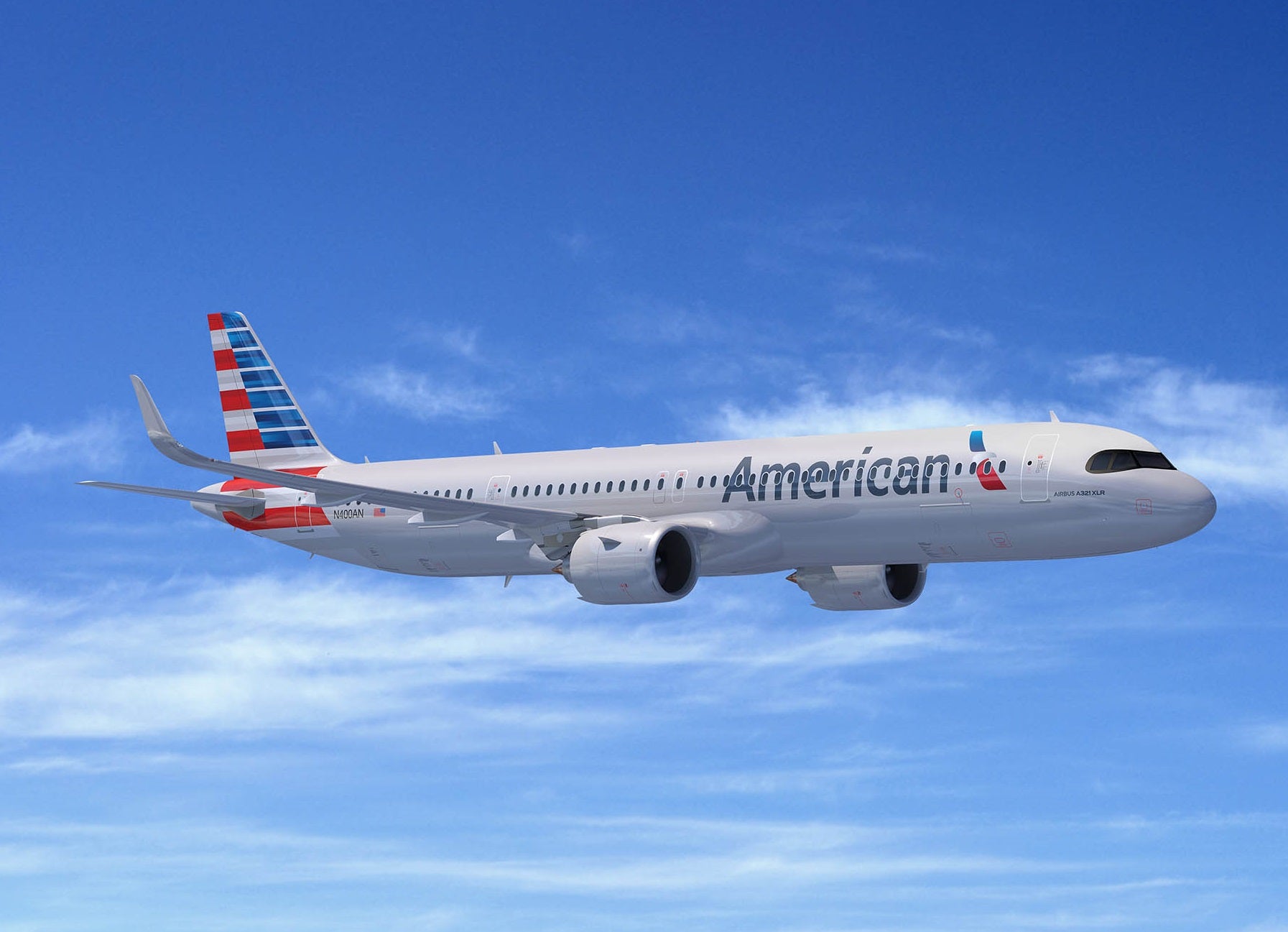 American Airlines Orders 50 of Airbus's New Long-Range A321XLR
This post contains references to products from one or more of our advertisers. We may receive compensation when you click on links to those products. Terms apply to the offers listed on this page. For an explanation of our Advertising Policy, visit this page.

American Airlines has ordered 50 of Airbus’s new A321XLR in a deal that provides a dramatic cap to the deal-making portion of the 2019 Paris Air Show.

The order is for Airbus’s newest, longest-range version of the narrow-body jet that was just formally launched this week at the Paris Air Show. American’s order had been rumored for several weeks, and its confirmation came as the business schedule of the show wound down on Wednesday. The show will be open to the general public for the rest of the week.

According to Airbus, the deal announced on Wednesday includes the conversion of 30 of American’s existing A321neo slots into A321XLRs plus and additional order of 20 more planes, all A321XLRs. The first models of the new jet are expected to begin arriving to American in 2023.

Related: The Ultimate Guide to Getting Upgraded on American Airlines

The plane’s 5,400-mile range could in theory allow American to use it for European flights out of its busiest hub at Dallas/Fort Worth (DFW). A flight from DFW to Paris Charles de Gaulle, for example, covers a distance of just under 5,000 miles, according to the Great Circle Mapper website.

Despite that, an Airbus release announcing the order hints at other routes, saying the A321 XLR “will allow airlines to operate the aircraft from U.S. East Coast airports to medium-size European cities.”

American president Robert Isom addressed that topic shortly after the order was announced, saying the aircraft could be used on anything from cross-country domestic routes to routes to "close-in Europe or in Europe or close-in South America."

"Adding in some 321XLRs (to the carrier's fleet) is going to give us an opportunity to do some things we haven’t thought about in the past," he said in a video segment posted to the company's website Wednesday morning. "I take a look at places like (New York) JFK and Philadelphia and Charlotte – even DFW – as ... opening up some new markets that will help the network (and) help us serve our customers better and (it) allows us to create a fantastic product."

The video, produced by American's media relations team, also addressed media coverage that talked about the then-rumored order and the idea of "squeezing so many people in for flying overseas" on the narrow-body planes.

Related: Long-Haul On a Single-Aisle Plane? Here’s What Our Readers Think

Isom, responding to a question on that topic, suggested that American would configure its new A321XLRs with "a cabin that’s appropriate for the mission."

He noted that American's current A321 models have seating capacities that range from just 102 on its A321T transcon models to up to 196 in denser configurations.

"When we take at a look at the opportunities – whether it’s transcon opportunities or close-in Europe or close-in South America – we can configure this aircraft anywhere in between," Isom said. "So if and when we fly it to close-in Europe, and say we set up a Philadelphia to Basel (route), that would require lie-flat seats, all-aisle access for business class, world-class Wi-Fi and entertainment."

"It would also allow for premium economy and then also for an economy section, as well," he continued. "So when we take a look at it, it’s not about the density of seats. It really is for creating a cabin that’s appropriate for the mission."

Featured image by A rendering of an American A321XLR. (Photo courtesy of Airbus)