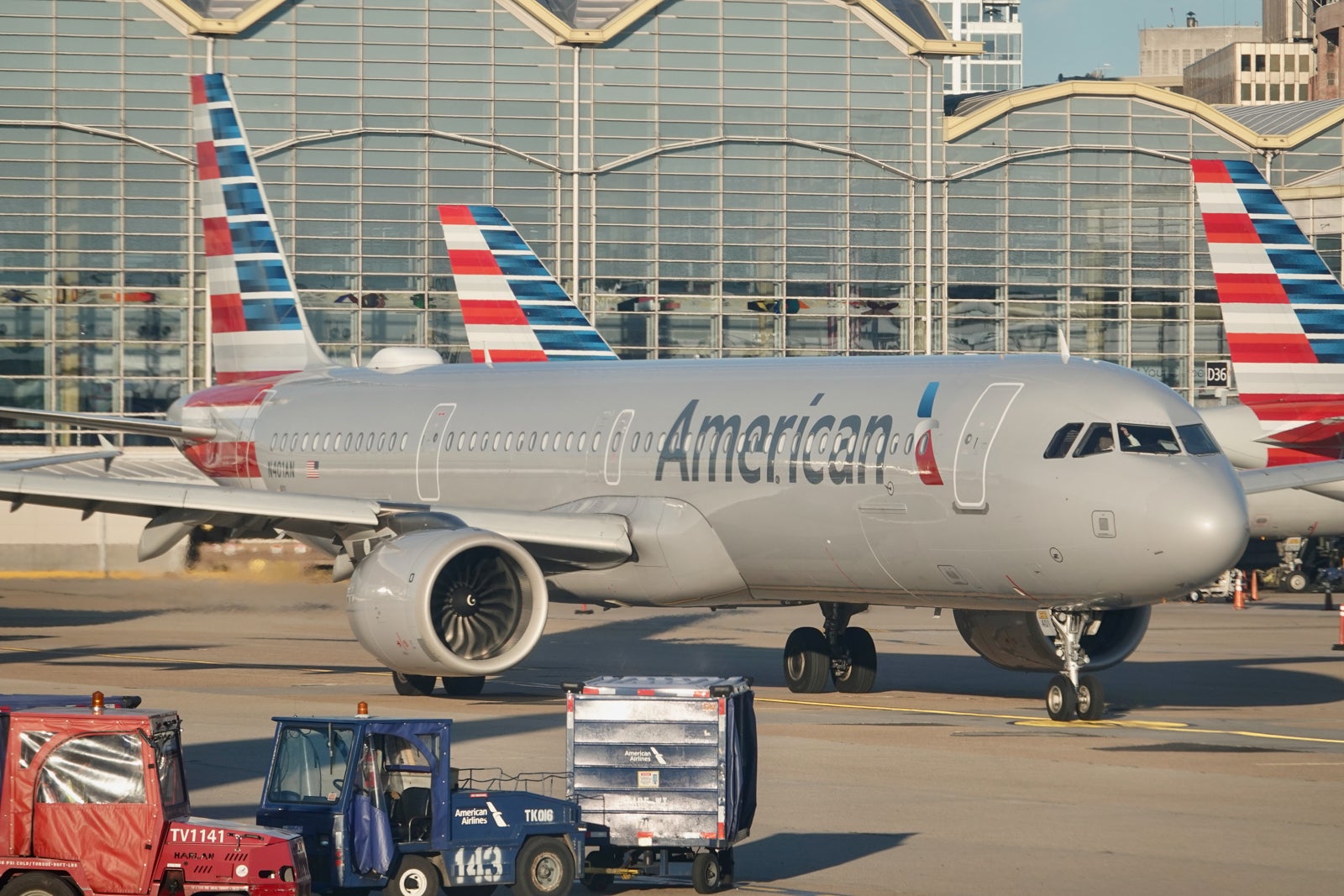 Looking to shortcut your way to elite status with American Airlines? If so, you’ll definitely want to pay attention to the airline’s latest changes.

The Fort Worth-based carrier on Monday unveiled a revamped elite status challenge program that it is calling ”Instant Status Pass.”

As part of the offer, prospective elites looking to rise the status tiers will be able to participate in an accelerated challenge that will help them enjoy benefits and attain their desired tier quickly.

When American introduced Loyalty Points earlier this year, it stopped offering status challenges and took some time to update this program to account for the change in loyalty currency.

Now, roughly eight months later, the carrier is ready with the details of the new Instant Status Pass offering. Read on for more.

Find your next points redemption sweet spot with the TPG App. Download for free today!

The first step to American's new status challenge is registration.

You won't necessarily be able to register for any status tier of your choosing. Instead, you’ll need to call the AAdvantage customer service center (800-433-7300) to register for a challenge.

When speaking to a representative, the agent will provide details of your personalized offer. Alternatively, you may be able to register directly for an Instant Status Pass in your online wallet in your AAdvantage profile.

When you register for a challenge, you’ll be given the details of your offer and be charged a co-pay. These rates will vary depending on your current status, historical flying patterns with American and other undisclosed factors.

American wasn’t willing to provide TPG with the “standard” rates, but we’ll update this post with data points as they become available. (Historically, American's challenges have cost hundreds of dollars.)

While most members will be charged a co-pay, some will be granted a complimentary challenge that's targeted at their demographic. You'll need to call in or look at your online profile to see if you've been chosen for a free challenge.

Once you’ve sorted out your registration details, the next step is earning Loyalty Points to hit the challenge benchmarks.

3 phases to earn your status

After you’ve registered, the first four-month counter begins. During that time, you'll instantly begin enjoying the benefits of the status tier that you signed up for.

To extend your temporary status for another four months, you’ll need to earn a prorated amount of Loyalty Points, which equates to roughly one-third of the full, year-long requirement.

During each four-month phase, you can earn Loyalty Points through any qualifying activity with American or its plethora of flying and non-flying partners, all of which will count towards your status challenge.

Loyalty Points earned from cobranded credit cards count toward your status challenge, too.

At the end of each four-month period, you’ll either continue on to the next phase or experience a "soft landing" or lose your temporary status entirely.

Regardless of which tier you registered for, you’ll begin the second phase with the status benefits that you unlocked in the previous phase.

So, for instance, if you signed up for a Gold challenge, but earned 67,000 Loyalty Points in the first four months, your temporary status will be upgraded to the Executive Platinum tier for the second phase.

To maintain it for the rest of the membership year, you’ll need to earn another 67,000 Loyalty Points in the second and third phases, too. (If you don't, you'll drop to the status tier corresponding to the number of Loyalty Points you earned in phases two and three.)

Alternatively, if you registered for a Platinum challenge, but only earned 20,000 Loyalty Points during the first phase, you'll begin the second phase with temporary Gold status — a so-called "soft landing."

You won’t be able to unlock temporary Platinum status again, but you can earn Gold for the rest of the membership year by earning at least 10,000 Loyalty Points in each of the following two phases.

Note that you can only aim for a higher status by earning additional Loyalty Points during phase 1, not during phases two and three. However, you can experience a "soft landing" to a lower elite tier during any of the three phases.

While this is the first time that American is formally publishing a status challenge for its top-tier Executive Platinum status, the airline is not including all of the benefits for those who are participating in a challenge.

To unlock Loyalty Choice Benefits, which include perks like systemwide upgrades or bonus miles, you’ll need to earn 200,000 Loyalty Points and fly 30 segments with American or its partners during the standard qualification period, which runs from March 1 through Feb. 28 (or 29) of the following year.

The same is true for Platinum Pro elites that earned status through the Instant Status Pass program. Unless you fly 30 qualifying segments, you won't earn the Loyalty Choice Benefits associated with your status tier.

That said, it's incredibly important to time your Instant Status Pass strategically. If you complete all the requirements, you'll enjoy status through the current and following membership years.

In explaining the strategy behind the revamped challenge program, Heather Samp, American's managing director of AAdvantage, told TPG that "this is a test of a refreshed approach of what we historically would have referred to as challenges... we really wanted to make sure that we're leaning into our Loyalty Points construct."

As part of the new challenge program, American will allow you to earn a higher tier (or downgrade to a lower tier) than the one you signed up for. "We thought this refreshed approach of actually walking people through these different phases will help them actually achieve the status level that they could actually qualify for," Samp explained as the reasoning for the multi-phase approach.

In terms of the shift from 90-day windows to three four-month phases, Samp explained that this makes sense in a world where members are earning Loyalty Points. "When it comes to Loyalty Points, given the great ability to earn them across different channels and different things,... it makes sense."

She mentioned, for instance, that Loyalty Points earned from cobranded credit card spending usually take a few weeks to be posted to AAdvantage accounts depending on the transaction and statement closing dates.

While some top-tier elites may be worried about American offering challenges to Executive Platinum status, Samp doesn't think this will lead to a rebalancing of elite tiers that skews to the higher ranks. "We're not looking to elevate the status levels of a bunch of people in the program," she explained when asked about this possibility.

Ultimately, Samp said that the new program is designed for simplicity. "So you will see that more and more from us just trying to really make sure that we are simplifying our message and that comes from being consistent," she told TPG.

For those who are looking to rise through the ranks of American status, the good news is that challenges are back.

However, the new program is completely revamped, focusing on earning Loyalty Points, as opposed to elite-qualifying miles, segments and dollars.

Perhaps most interestingly, the airline is changing the challenge period to a trimester system, giving flyers three phases in which to boost their status.

It’s also interesting to see American formally unveil a challenge for top-tier status, which should help those looking to become completely loyal to the airline do so quickly.

Ultimately, the devil is in the details. Depending on your flying patterns and required co-pay, an Instant Status Pass may or may not make sense for your situation.

That said, more options are better than fewer, so if the timing and cost are right, it could make sense to start boosting your Loyalty Points balance.