Another airline bailout may mean devalued airline miles — can we stop it?

Articles
Andrew Kunesh is a senior editor at The Points Guy covering loyalty programs. He's been a miles and points fanatic since 2014 and previously wrote for Upgraded Points and Credit Karma. Outside of the travel world, Andrew is a cyclist, craft coffee aficionado and — despite now living in NYC — a Chicagoan at heart.
Follow
Nov. 03, 2020
•
10 min read 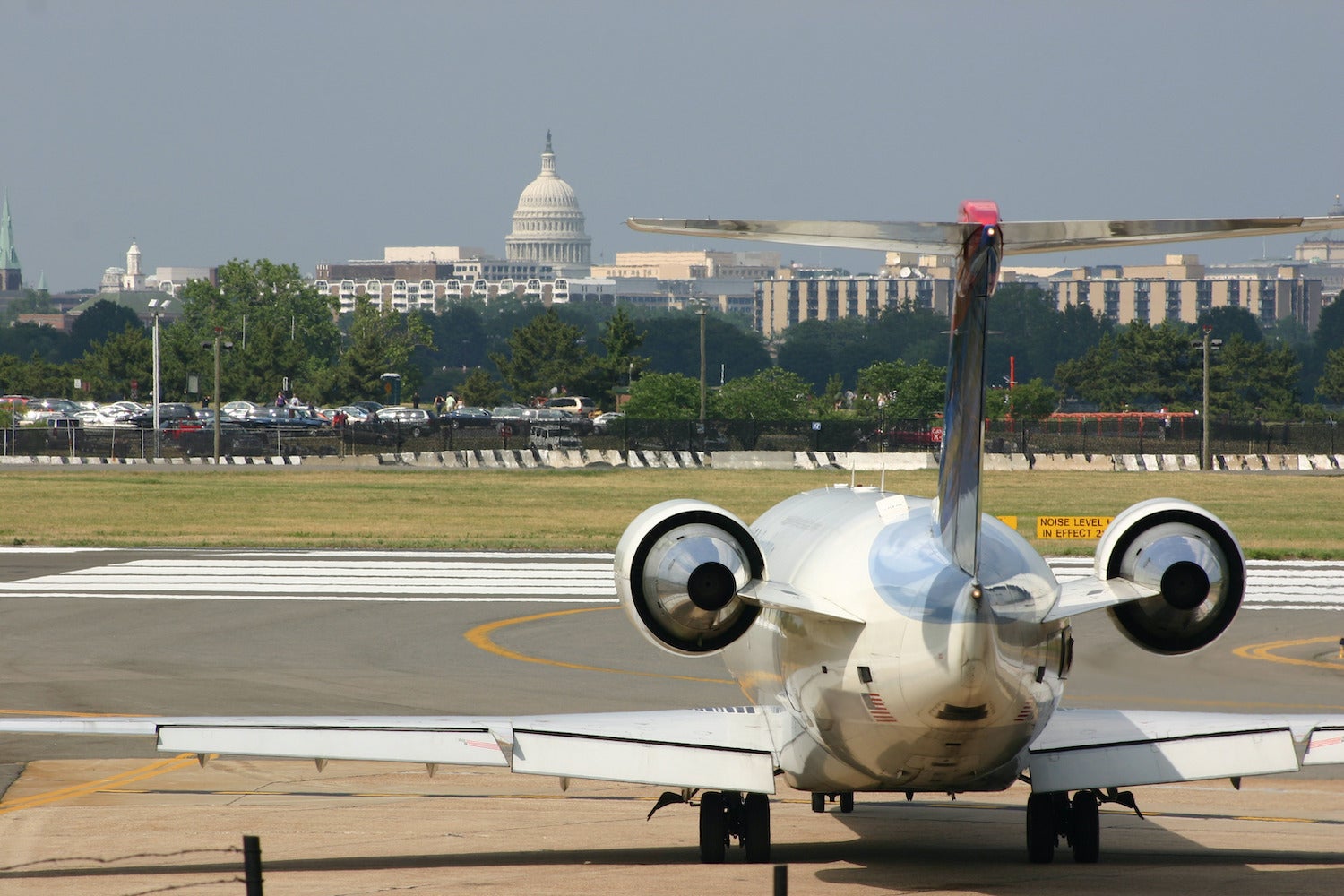 While stimulus talks have dragged on for months here in the U.S., one thing is clear: both major parties want to bail out airlines. Both parties have shown support for the industry that's been hard hit by the coronavirus pandemic. We saw air travel hit record lows when the virus started spreading in the U.S., and airlines quickly responded with furloughs, airplane retirements and drastic route cutting.

Thankfully, the U.S. government gave the airlines some much-needed cash during this time. The first stimulus package offered $58 billion in aid to major U.S. airlines, under the condition that they don't buy back stock or offer dividend payments until the loan portion of the aid is paid back in full.

That said, there were no consumer-facing restrictions here This means that airlines will continue to find ways to reduce their liabilities and otherwise reduce liabilities. Unfortunately, mileage devaluations will likely be one of these methods without intervention — so consumers truly get the short end of the stick.

In this article, I'll show you why another airline bailout could mean a huge devaluation for many airline miles. Then, I'll discuss how the government can prevent this from happening and discuss why I think this is a good idea.

Why another airline bailout could mean devaluations

What many don't realize about government "bailouts" is that funds often need to be repaid. The most recent round of stimulus gave airlines a combined $25 billion in loans to stay afloat and $25 billion in payroll support. The former needs to be repaid to the government and — until they do — they cannot pay dividends or engage in stock buybacks. These can resume one year after the loans are repaid.

Being unable to do these things can stifle the growth of airline stock. Further, it gives airlines less control over their companies, so they will want these restrictions removed as soon as possible.

Related: US airlines’ first bailout aid was tougher to get and came with more strings than expected

It's important to understand what miles look like on an airlines' financials. Generally, miles are considered "deferred liabilities" when reported by the airlines. This is because these miles can later be redeemed for flights that the airline has to pay for.

At the end of 2019, American had $8.6 billion in deferred loyalty liabilities, Delta had $6.73 billion and United had $5.28 billion. These are huge numbers that can cut into an airline's profit on paper, even if the miles won't be redeemed for quite some time.

This is even more intriguing for airlines in a time when they are offering higher welcome bonuses to entice travelers to sign up for new credit cards. More miles means more liability, so — in the airline's eyes — they need to be devalued to keep liability down. Coincidently, this isn't too different from how currencies are devalued with inflation.

In addition, airlines will want to keep cash-on-hand for unforeseen expenses and to pay back these government loans in the future. Remember, this will be yet another loan for most airlines, and they'll want to pay it back as soon as possible so it can lift restrictions.

Reducing the value of these miles lets airlines shrink their liabilities and keep more cash earned from selling miles to partners. In turn, this gives airlines more money to put towards repaying government loans and rebuilding route networks post-pandemic. Think of it like cutting down your monthly coffee budget to pay down your student loans faster.

Related: How much money do loyalty programs make airlines?

Likewise, Delta devalued its own program last week. Like United, these were focused on partner tickets and last-minute bookings. Some of the program's best redemptions — like reasonably priced Virgin Atlantic and Korean Airlines tickets — shot up in price by thousands of miles. The airline also added huge close-in mileage surcharges for partner tickets booked at the last minute.

These devaluations show us that airlines are trying to encourage members to book on their own metal. Airlines save money, as they don't have to write a partner airline a check to cover the redemption cost. Instead, they can stick customers on their own planes that are already flying or force the customer to spend more to fly a partner.

This is a scary trend, and it's likely only a matter of time before other U.S. airlines follow suit.

What can we do to prevent these devaluations? We can call for consumed-friendly regulations on the next round of airline stimulus.

I'm not usually one for more regulations on the private sector, but I make an exception when it comes to bailouts. If our tax money is bailing out these airlines, we should get something out of the deal — not just devalued airline miles.

I think a good first step is to get airlines to agree not to devalue their loyalty programs until government funds are paid back. Doing this ensures that devaluations are put on hold until airlines are in a better financial place. Then — at that time — airlines would still have less reason to devalue as travel demand will have likely picked up.

Likewise, the government could put caps on baggage fees and other auxiliary charges until the loan is paid back. This further ensures that U.S. travelers get something out of their tax dollars (which are being lent to airlines) and holds these companies accountable. Once the loan is paid back, the airlines would be free to do whatever they like.

Unfortunately, it's unlikely that we'll see these regulations be put into place. We didn't( see any mentions of consumer-friendly regulations during the first round of stimulus. Likewise, the 2001 airline bailout didn't include any of these regulations either. Regardless, I think it's the right thing to do if the U.S. bails out airlines a second time.

If implemented, it's another question if airlines actually follow said regulations. A September article from View from The Wing reports that Delta promised not to devalue its SkyMiles program when it used the program as collateral for a loan in September. Unfortunately, the airline didn't uphold this promise when it rolled out its most recent devaluation that we discussed earlier.

Related: Why points and miles are a bad long-term investment

Protecting yourself from devaluations

Devaluations are the key reason we recommend that all travelers earn transferrable points.

These points can be earned with a credit card and transferred to a handful of airlines and hotel partners. For example, you can transfer American Express Membership Rewards to several airlines, like British Airways Avios, Delta SkyMiles and Avianca LifeMiles. Likewise, Chase Ultimate Rewards points transfer to United MileagePlus, Southwest Rapid Rewards and others.

If you’re new to points and miles, start with Chase Ultimate Rewards. While I personally prefer Amex points to Chase points, Chase’s 5/24 rule prohibits anyone who has opened five or more new credit cards in the last 24 months from opening a Chase card. This means you'll want to start with Chase and then move on to Amex cards.

Here’s a look at two of the best Chase cards:

On the Membership Rewards side, you can earn points with a handful of different cards — each with different features, bonus spend categories and fees. Plus, there are many ways to redeem these points, so check out TPG’s guide to maximize Amex points for inspiration.

These are three of the best American Express cards for earning Membership Rewards points:

Related: TPG beginner’s guide: Everything you need to know about points, miles, airlines and credit cards

While Washington continues to debate over a second round of stimulus in response to the coronavirus pandemic, it's becoming more clear that airlines will receive some type of aid sooner than later. As you've seen in this article, without regulation, this could lead to more airline loyalty devaluations and make our hard-earned less valuable.

Featured image by (Photo by Douglas Litchfield/Shutterstock)
Editorial disclaimer: Opinions expressed here are the author’s alone, not those of any bank, credit card issuer, airline or hotel chain, and have not been reviewed, approved or otherwise endorsed by any of these entities.