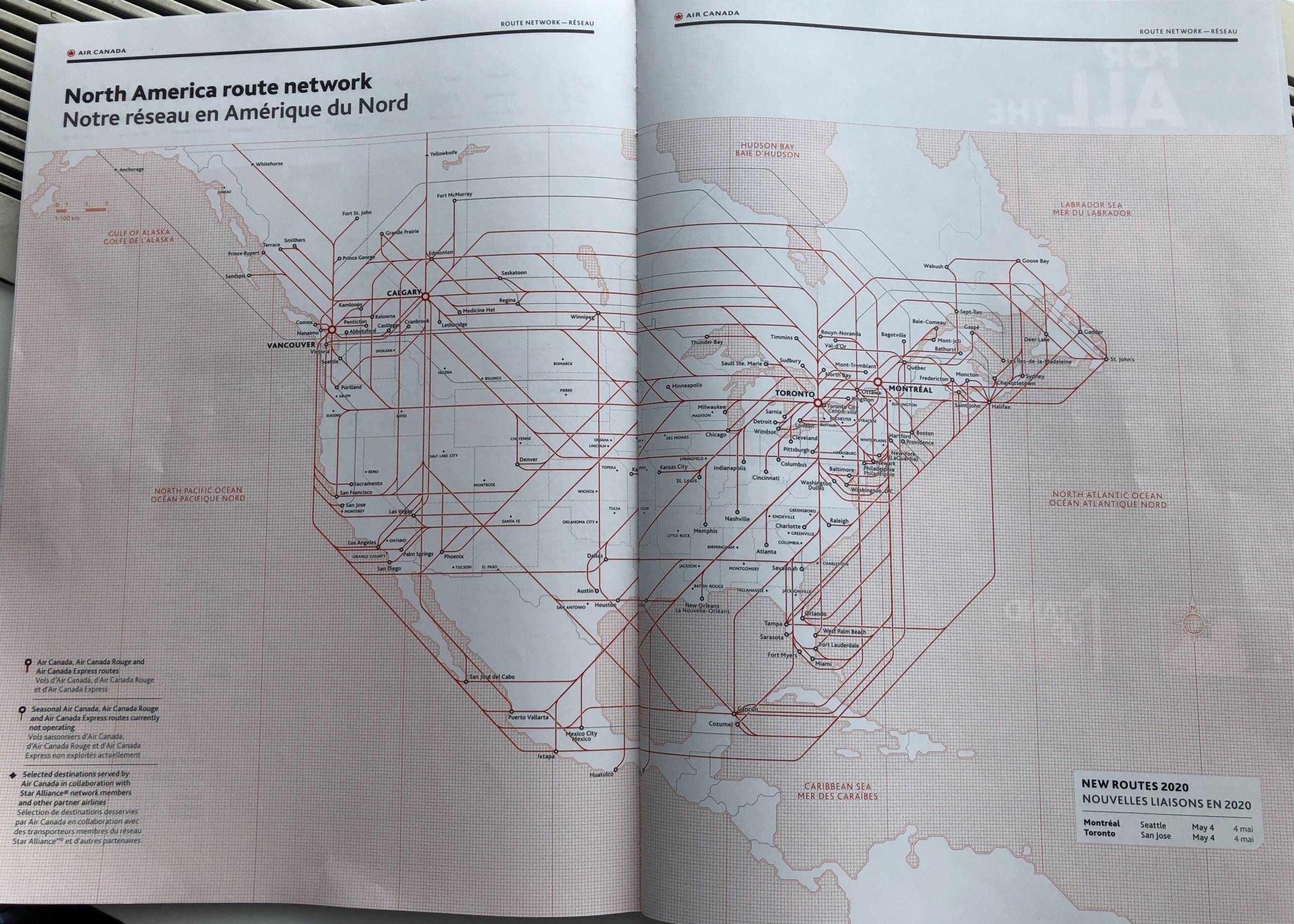 Air Canada maps North American expansion with new Airbus A220s
This post contains references to products from one or more of our advertisers. We may receive compensation when you click on links to those products. Terms apply to the offers listed on this page. For an explanation of our Advertising Policy, visit this page.

Air Canada plans to lay new contrails across North America with the 45 Airbus A220s joining its fleet over the next two years.

The Star Alliance carrier will open its first new routes with the jet in May — between Montreal (YUL) and Seattle (SEA), and between Toronto Pearson (YYZ) and San Jose, California (SJC). But after that, the continent is Air Canada's oyster. The A220 has comparable or superior economics to larger models that allows it to open longer routes with lower demand.

"This aircraft opens up a huge possibility of new routes," Air Canada vice president of network planning Mark Galardo told TPG at the unveiling of the airline's first A220 at the Montreal airport Wednesday. "We're very excited about what the possibilities are."

Galardo was mum on exactly what routes Air Canada could add. However, the carrier's first two additions for the A220 were mentioned on a list of possibilities it first released a year ago. Other potential new routes on that list include: Calgary (YYC) to Washington Dulles (IAD); Toronto Pearson to Monterey, Mexico (MTY); and Vancouver (YVR) to Halifax (YHZ) or Washington.

Air Canada has already announced plans to launch another route from the list — between Calgary and Boston (BOS) — in June, only with an Airbus A319 rather than an A220.

The A220 will replace the E190 in Air Canada's fleet, but travelers will not necessarily see A220s push out E190s on a route-for-route basis, said Galardo. Instead, E190 flights will shift to other aircraft while Air Canada puts the A220 to work in expanding the airline's network.

In terms of economics, the new jet with 137 seats and a 3,768 mile range can carry 41% more passengers two-thirds further than the E190 at 13% lower costs per seat, according to Air Canada.

Air Canada's A220-fueled North American network expansion is part of an effort to bulwark its position as the dominant carrier between Canada and the U.S. This is a critical market for the airline, and one that Galardo described as he most "lucrative international market in the world."

The carrier had a nearly 45% share of the 31.7 million passengers that flew between the two countries during the year ending in June 2019, according to the latest U.S. Bureau of Transportation Statistics data via Cirium.

WestJet and others are ratcheting up transborder competition for Air Canada. Calgary-based WestJet, already the second largest in the market, has proposed a transborder partnership with Delta Air Lines that would allow the two airlines to jointly control a sizable 28% share of traffic between Canada and the U.S, the BTS data shows.

Air Canada, for its part, may one day renew its aim for a similar partnership with United Airlines. Asked if a joint venture between the Star members is on the table, Galardo said "never say never," but added that any further discussion was "premature."

"The real business for us is Canadians and Americans going north and south of the border," he said of Air Canada's transborder growth. "We want to make sure we're the top player in that segment."

And from Air Canada's perspective, the A220 appears poised to enable that.