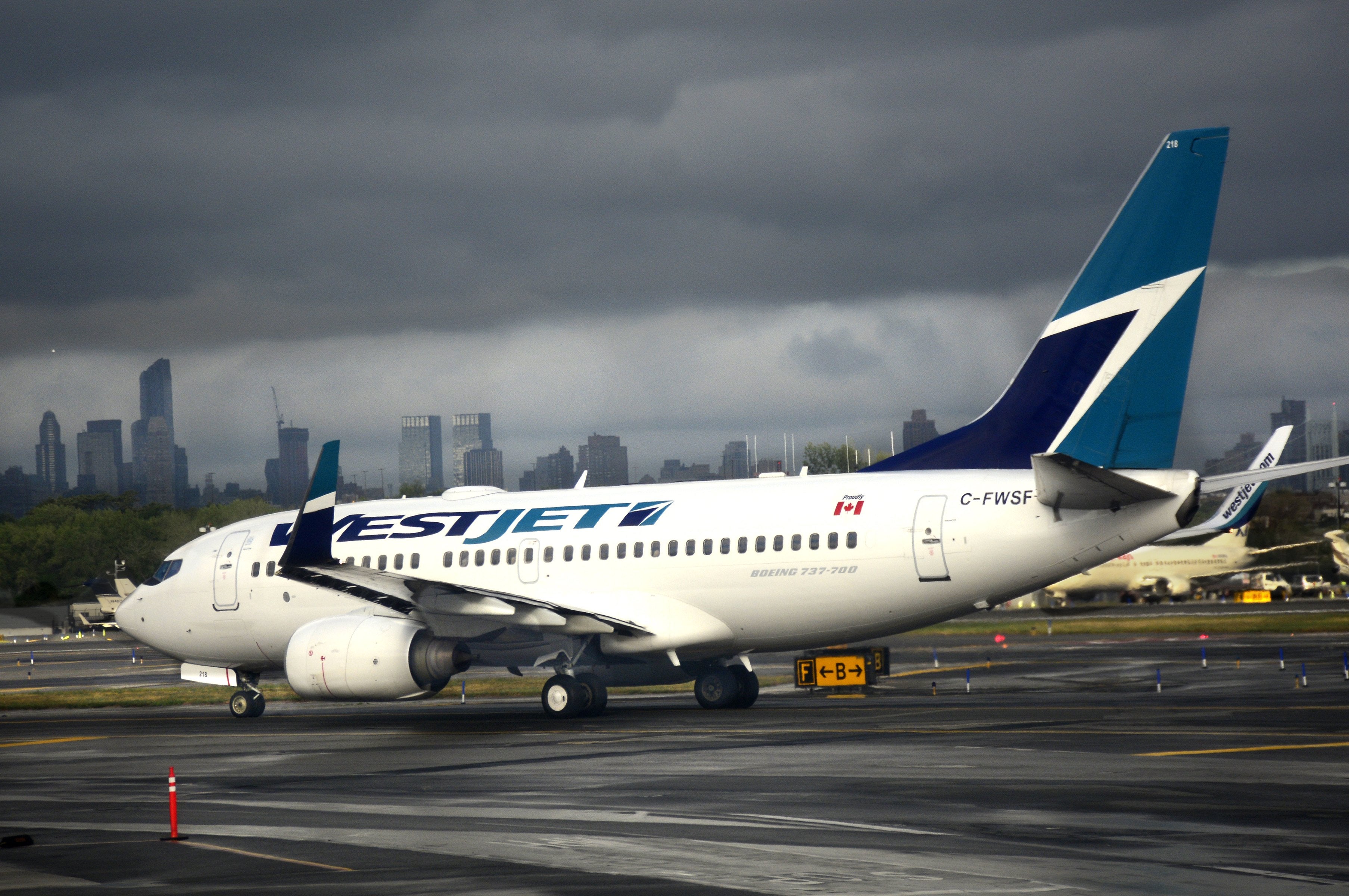 Southwest Airlines wants WestJet to give up New York slots under Delta pact
This post contains references to products from one or more of our advertisers. We may receive compensation when you click on links to those products. Terms apply to the offers listed on this page. For an explanation of our Advertising Policy, visit this page.

Southwest Airlines wants WestJet to divest its slots at New York LaGuardia under a proposed partnership with Delta Air Lines, amid several objections to the planned pact.

The Dallas-based discounter argued in a filing with the U.S. Department of Transportation on Wednesday that granting the partnership without forcing the divestment of WestJet's eight slot pairs -- one pair is needed for a flight to takeoff and land -- would reduce competition at LaGuardia (LGA) by putting more slots effectively under the control of Delta.

JetBlue Airways and WestJet acquired eight slot pairs each at the close-in New York airport as part of a deal between Delta, US Airways and U.S. regulators in 2011. The sales were designed to increase smaller carriers' presence at LaGuardia in order to boost competition.

“To preserve the competitive benefits intended (and currently provided) by that divestiture, the [DOT] should require the 16 LGA slots that WestJet now holds to be re-divested to one or more independent U.S. [low-cost carriers]," said Southwest.

Delta and WestJet, in their joint venture application to the DOT, said the partnership will be beneficial for consumers. If approved, they have promised to boost capacity between Canada and the U.S., including adding six new routes. The pact would also offer a more seamless experience for customers traveling on both carriers, including a closer frequent flyer relationship.

A joint venture allows airlines to act as essentially one in a specific market, for example between Canada and the U.S. for Delta and WestJet. This includes coordinating schedules and fares, and jointly marketing and selling tickets.

Alaska Airlines also commented on the proposed Delta-WestJet pact. The Seattle-based carrier opposes the joint venture, saying in a Wednesday filing with the DOT that it would "result in further concentration of U.S.-Canada transborder market power." The airline claims that nearly 87% of transborder capacity would be controlled by the dual partnerships of Delta and WestJet, and Air Canada and United Airlines.

This concentration would, according to Alaska, limit its — and other U.S. carriers' — ability to expand in Canada, where it serves five cities.

Alaska cited the example of Mexico City (MEX). Despite conditions placed on Aeromexico and Delta's partnership in 2016, Alaska and Southwest Airlines were unable to compete. Alaska and Southwest ended service between Los Angeles (LAX) and Mexico City (MEX) not long after the partnership. Despite the restrictions, partners Delta and Aeromexico were able to fortify their presence with hubs on both ends of the route.

Air Canada and United, while they have antitrust immunity between Canada and the U.S., only have a codeshare in the market and not a jointly coordinated partnership.

Related: WestJet Dash 8s Could Soon Take Over These Delta Routes to Canada

The DOT has required slot divestitures and required regular reviews in recent joint venture approvals. Aeromexico and Delta were forced to give up slots at Mexico City and New York John F. Kennedy (JFK) airports, and the regulator stipulated regular reviews of the carriers' partnership, as well as the tie up between American Airlines and Qantas Airways that was approved in July.

Delta president Glen Hauenstein expects a DOT decision on its proposed venture with WestJet in the first half of 2020, speaking at an investor day Thursday.

"We think there’s huge value on the U.S.-transborder market for us," he said.