9 of The Most Scenic Landings and Takeoffs, and Where to Sit to Enjoy Them

Articles
Mike Arnot is the founder of Boarding Pass NYC, a New York-based travel brand and a marketing consultant to airlines. A private pilot, he can sometimes be found above the skies of New York City.
Follow
Jan. 10, 2019
•
10 min read 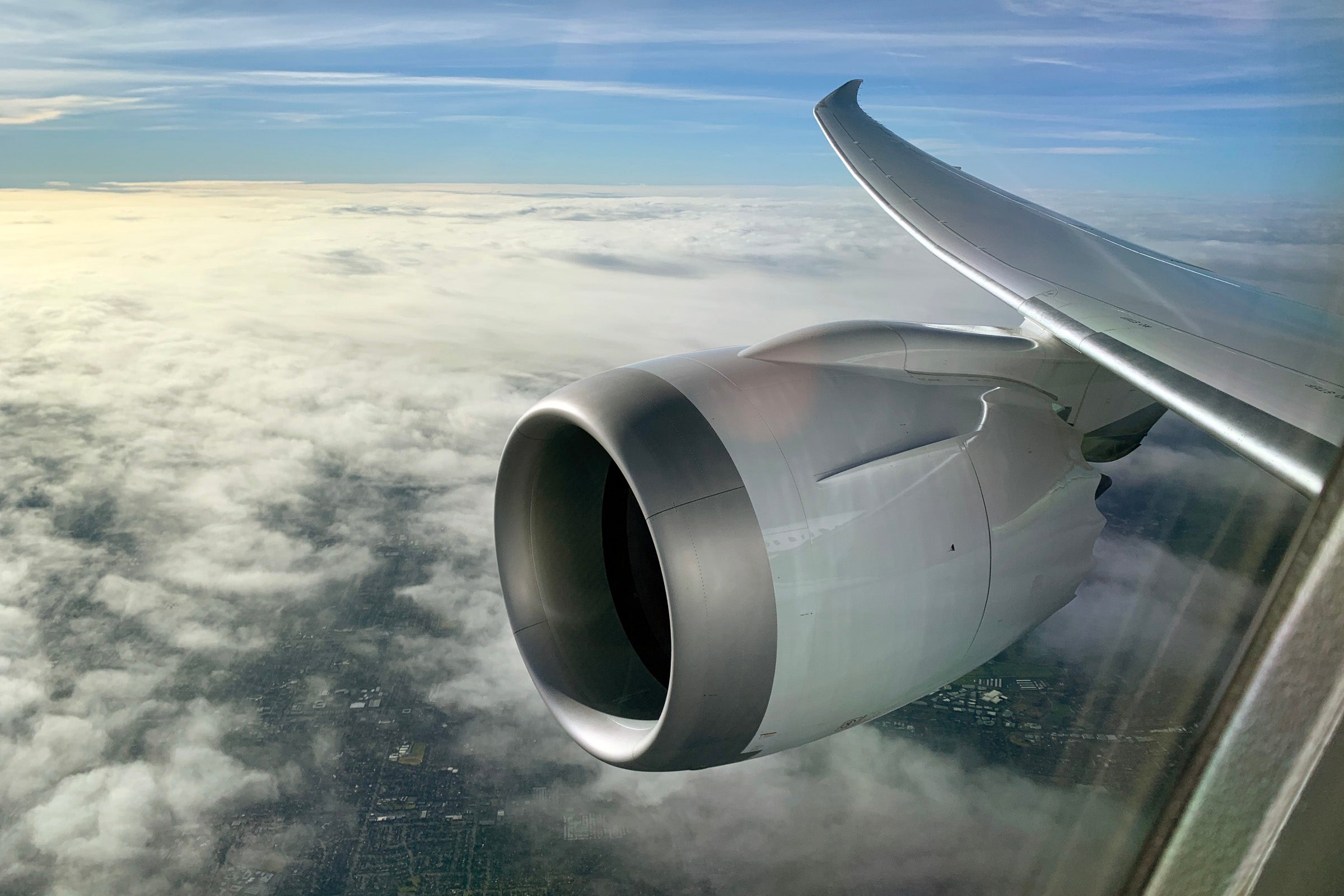 Whenever I fly into La Guardia, I try to make sure I get a seat on the left side of the plane. A port side seat is almost certainly going to afford stunning views of Manhattan, and doubly so at night. It's not just a spectacular way to feed Instagram. You can simply enjoy the view.

With that in mind, here are several scenic landings and takeoffs that passengers can enjoy, and tips on how to enjoy them. Get your smartphones charged!

Where to sit: Left

Instagram feeds are full of incredible views of Manhattan photographed by passengers landing at LGA. (One of the reasons I got my pilot's license was to replicate these views on my own.) If the winds are right and you’re sitting on the left side of the plane and the plane flies the approach known as Expressway Visual, you're in a for a treat. If you're coming from the north, your airplane may fly down the Hudson River, loop around the south tip of Manhattan, and fly direct to LGA. This gives you a view of each side of Manhattan as if you had chartered a scenic tour. You'll see first Manhattan to your left.

And then, after your plane hooks around the southern tip of the island, you'll see Brooklyn, Manhattan and New Jersey beyond.

If you're flying in from the south, a left-side seat usually results in views of Manhattan, too. And sometimes, but rarely, a seat on the right will work, like this:

Landing at Newark (EWR) can also be scenic if you're seated on the left side of the aircraft. You'll have a nice view of the west side of Manhattan, albeit not quite as spectacular as the LaGuardia money shot.

Do you despise LGA, an airport that is improving rapidly? Try this video instead.

Where to sit: Right

Toronto's Billy Bishop airport, or YTZ, is incredibly close to downtown Toronto and the CN Tower; it sits on an island in Lake Ontario just off the mainland. The approach to Runway 26 provides for epic views of Canada's largest city. If you sit on the right side of the plane, forward of the prop or in the final rows, you'll be treated with a great view. We say prop because commercial traffic landing here is mostly turboprops; Porter Airlines flies there from Newark and Chicago.Said Porter's communications director, Brad Cicero: "The approach is quite spectacular from that direction. The views are equally good during the day and at night with the skyline. You can't usually say this about natural features like mountains at night." No visits to Toronto in the near future? Check out this video.

Where to sit: Left, right — or front!

While Porter's Cicero might be biased against mountains, they do provide a nice backdrop and Telluride (TEX) does the job nicely. It's the highest commercial airport in the US, at 9,078 feet above sea level. That is very, very high; about 9,000 feet higher than LGA. There's no scheduled jet service there, but Boutique Air operates flights that you can buy when booking with United Airlines, flying a Swiss-made Pilatus aircraft. Send your skis and bags in advance, however, there are weight restrictions because of the altitude. It's worth it: no need to choose a side of the plane — it's all spectacular, arriving or departing.

Can't ski? Get there via this video.

Where to sit: Right for landing into LHR, either for LCY

"While you can still get some pretty phenomenal views from a starboard seat on a transatlantic flight into Heathrow, it's hard to beat the approach to London City," said Zach Honig, editor-at-large at TPG. "Be sure to have your camera ready when you're on an LCY approach. My flight from Berlin brought us within feet of The Shard just before touching down."

Still, you're far more likely to use Heathrow (LHR) than LCY, which serves only short-range flights to Europe and the UK, except for one British Airways business-class only flight to New York.

Here's the approach into LHR complete with city view:

Fancy being closer to the City than LHR affords? Here's LCY on approach. (There's not much of a view on departure, Honig said, because of the steep ascent required.)

Downtown Chicago on Approach to O'Hare

Where to sit: Left

Every time I fly into Chicago O'Hare from the east, I seem to get spectacular views of the Windy City — arguably the most architecturally interesting city in the US. Aircraft arriving at ORD may fly northbound along the lake towards the field. And, if you're partial to Southwest Airlines, sitting on the right side of the aircraft yields great views from the other side of town, landing at Chicago Midway (MDW).

Los Angeles: A Seat at the LAX Show

Where to sit: Right

On most flights into Los Angeles International (LAX) from points east, a window seat on the right will result in spectacular views of downtown Los Angeles with the San Gabriel mountains behind it — at least on a clear day. Sharp eyes will be able to spot the Hollywood sign, on the hills to the left in the image below.

Flying into LAX from the north or from Asia, you have a decent chance of getting the same view from a left-side window, before your airplane makes the turn for its final approach to one of the airport's four parallel runways.

Where to sit: Any window seat

A frequent destination for Caribbean cruises, the island of Saint Martin, or Sint Maarten depending on whether you're in the French or Dutch half, is known among aviation enthusiasts as the trip of a lifetime. There's just nowhere else you can get this close to big jets landing, and every AvGeek worthy of the name has either been or is saving their points and miles to go. That's where we sent one of our summer interns one year for a crash course in what being an AvGeek means — and he was suitably impressed.

Maho Beach, close to the SXM airport's only runway, is the place to hang out. You've probably seen the crazy images of huge airplanes buzzing the beach, seemingly close enough to touch. But how does it look from inside one of those planes? To find out, pick a window seat into SXM (check the seat map beforehand so you don't up over a view-blocking wing!) and marvel at the beauty of the Caribbean waters, and keep snapping for the few seconds you'll be over that famous beach. Left or right works equally well, but a right-side window will result in a clear view of the Sunset Bar & Grill, the AvGeek hangout where you are likely headed after getting off the plane.

The island was hit by Hurricane Irma in 2017 and left in tatters, but it's recovering, and your tourism dollars are going to help.

Where to sit: Left or right on arrival from North America, right on westbound departures

Milan has two airports, Linate (LIN) close to the city and Malpensa (MXP) about 30 miles out, close to the Alps. The latter isn't as convenient to downtown Milan as LIN, but your reward for schlepping your bags to or from the airport will be a truly awesome spectacle from your window.

Flights from the US and Canada all land at MXP, as do many European ones. On a trans-Atlantic long haul, either side of the plane works if the weather cooperates: You'll be arriving in the morning, and if the timing is in your favor, the rising sun will bathe the mountains in the dreamiest light. From the right side of the plane, you may be backlit, but the results can be spectacular.

If you have a left-hand seat, you may be in luck too. After landing, Mount Rose will show you its 15,000-foot East face, if Milan's famously overcast weather cooperates. Don't put your camera away until the plane is parked!

A westbound departing flight will include the spectacular Pennine Alps, just a few minutes after departure, if you are seated on the right. Put away your iPad and keep your eyes peeled. If it looks like the mountains are higher than your airplane, that's because they are — including 14,692-ft Matterhorn, the third big summit from the left in the image below.

Photo by Alberto Riva/TPGYour boarding-pass-as-admission tour of the Alps will end with Mont Blanc just outside your window.

Where to sit: Front (It helps if you're the pilot)

I'm sure the passenger view on approach to Queenstown, New Zealand is excellent. But as you'll see in the video below, ideally you'd be the pilot flying this approach. It's jaw-dropping, and enough to want to make me book a flight.