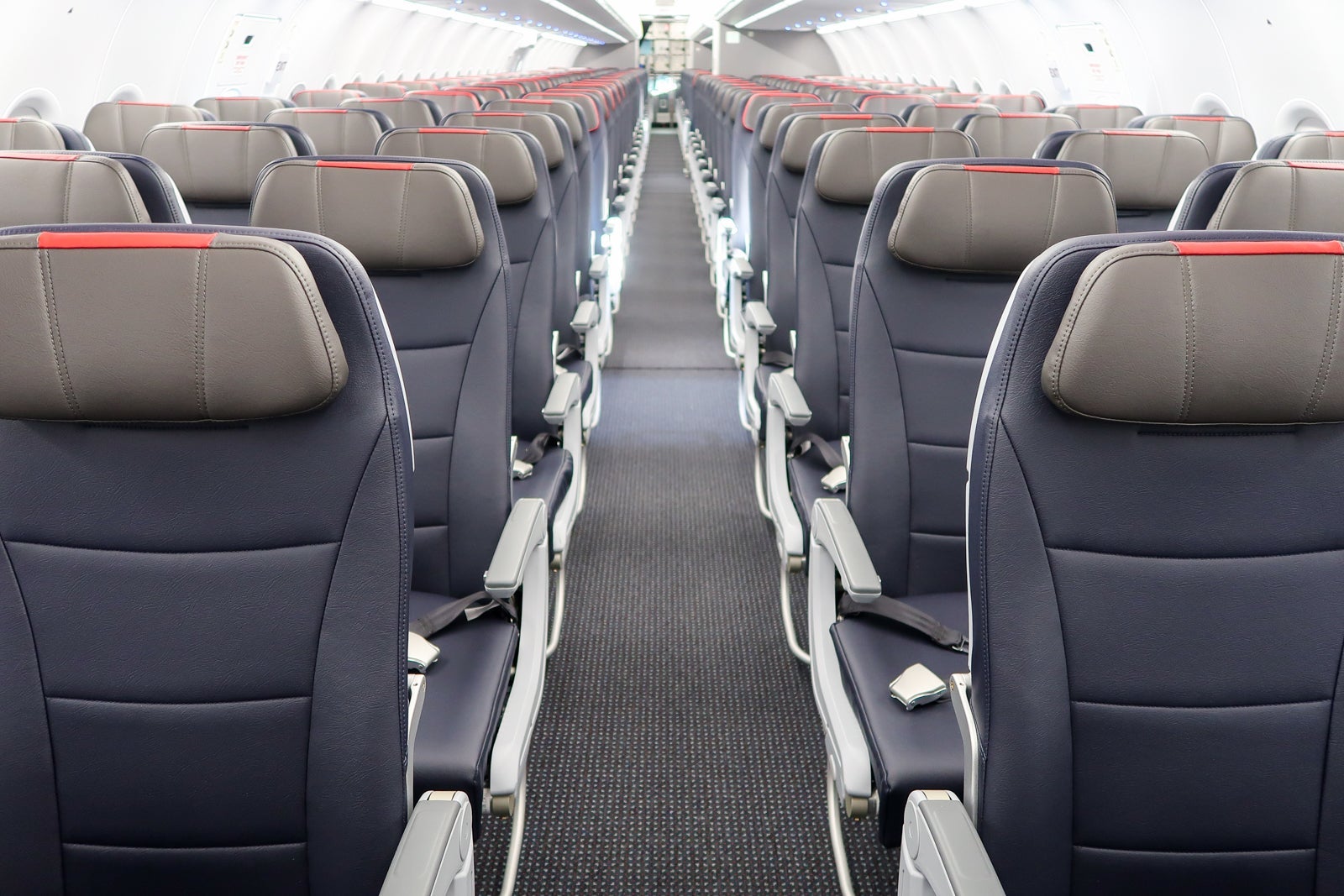 A hill I'm willing to die on: The aisle seat is obviously the best and clearly most comfortable seat on the airplane. The aisle seat is the only seat I want, wherever I go: on the bus, on the train, even in the cinema or theater, and especially on a plane.

It's a big claim, I know. And big claims demand evidence to back them up. So, do I have any statistics to throw out? Well, what I can say is that 69% of the 145,000 people who answered a 2021 Buzzfeed poll on the subject turned out to be 100% wrong — finding the window seat to be preferable.

In fact, only 30% of respondents selected the one true answer – the aisle. A further 1% of (no doubt incredibly confused) people claimed that they genuinely preferred the middle of the row. Bonkers, I know.

Another poll, taken in 2019 by Thomas Cook, delivered similar results, finding 61% of 2,000 Brits held the (in my opinion) incorrect belief that the window seat was by far the best of the three options.

To a degree, I get it. Everyone has their own preference, but these people are missing the wood for the trees. To back this up I found an admittedly tiny survey that focused on the preference of frequent flyers.

This 2014 poll of 500 U.S. individuals, reported by Quartz, showed that of travelers that took to the sky regularly — more than once a year — a majority gravitated toward the aisle. And why is this? It is because they are truly smart cookies.

Here’s why I always do my best to sit in the aisle seat, and maybe you should too.

A slither of extra space

Unless you’re flying business class 24/7 (which, unfortunately, I am not), the tiny amount of freedom the aisle seat provides is gold dust.

Occasionally, you can even stretch your legs out into the aisle, if only for the briefest of moments before a passenger or trolley rolls past. If you’re feeling dangerous, you can fully stretch your arms upward. But the real icing on the cake is that little bit of extra legroom you have to work with. Bliss.

If, like me, you forgot to put on your compression socks pre-flight, tend to be a bit fidgety with your carry-on or want to pop on a coat or sweater at annoyingly regular intervals, it’s nice to be able to get yourself properly sorted while seated — without accidentally elbowing anyone in the face.

Related: Why the window seat is better than an aisle seat

Do I want to admit on the internet that I have questionable bladder strength? No. But you can’t deny reality.

Thanks to the aisle seat, I am free to visit the toilet as often as I need, without any fuss. Better still, I can quickly hop up as a precaution if I spot a long queue starting to form — as I can peer down the aisle to keep tabs on it.

There are also zero obstacles in the way of a last-minute loo dash in the crucial minutes before the seat belt sign pings back on and the descent begins.

Related: The hidden costs of saying goodbye to the middle seat during COVID-19

Need to get up for another reason? Just to stand, get a snack or access your bag in the overhead compartment? Yeah, you can’t do that as much from the window or the middle seat.

Actually, you can’t do it at all if you feel as bad as I do for interrupting your neighbor while they’re headphone-immersed in a podcast or having a snooze.

I love striking up a friendly conversation on a plane occasionally, don’t get me wrong. In that case, asking to be excused by your new best pal is easy. But sometimes, that’s just not the way the flight goes, and the crushing feeling of being an inconvenience to a stranger is a hard one for me to shake.

Ironically, I don’t feel at all inconvenienced if someone needs to pass by me on multiple occasions. Probably because in the aisle seat, I have all the power.

I can get organized

Ever impatient, as soon as the tires hit the tarmac, I’m ready to be off the plane and straight to the hotel. Or, despite having expended minimal energy, to get something to eat.

Naturally, whichever part of the plane the aisle seat is in (front, middle or back) dictates how quickly I exit the aircraft — but being in the aisle seat at the very least gives you the chance to remove any carry-ons from the overhead compartment first, as soon as the plane has fully come to a stop.

I like that extra time, while the plane’s sitting for a few minutes, to get my belongings and travel documents organized, before exiting promptly.

You can see the window from the aisle, mostly

Perhaps the most compelling argument for the window seat is that, well, you get to look out the window for the duration of the flight.

And upon takeoff and landing, you’ll be in prime position, camera ready for some pretty spectacular views, depending on your destination.

However, while the odd glance at the clouds is nice, do they really need to be stared at for hours on end? I'm sure there are cloud connoisseurs that will disagree but for the most part, to the uneducated, a cloud is a cloud. Give me a book, a film, a podcast or a nap anytime over a cumulonimbus as entertainment. And usually — if I really want to — I can still get an obscured look at those aforementioned killer views from the aisle seat, through windows on both sides of the plane. Win-win.

Related: Ryanair, EasyJet or Wizz Air: Which has the cheapest carry-on charges?

It's safe to say that some travelers don't really care where they sit on the plane — particularly if it's a short-haul flight, or out of principle if a budget airline attempts to gouge an extra few bucks from you, on top of the advertised flight price, for selecting the exact seat you want.

But if the major polls I referenced earlier are indeed, shockingly, accurate, then the vast majority of people selecting where to sit are gunning for a window seat, either as a solo traveler or for at least one person in their party. For couples, that means one person gets stuck in the middle.

Statistically, the odds are always in my favor to get the exact seat that I want unchallenged. Which leaves me free, feeling victorious, and that feeling should not be dismissed.