Articles
Fran Golden is an award-winning cruise journalist whose work regularly appears in Bloomberg, Travel + Leisure, Afar and other travel outlets. She is the author of several cruise and travel books, including “100 Things To Do In Alaska Before You Die." Fran lives in Cleveland, Ohio. Although fond of lake Erie, her first love is the sea.
March 31, 2022
•
8 min read 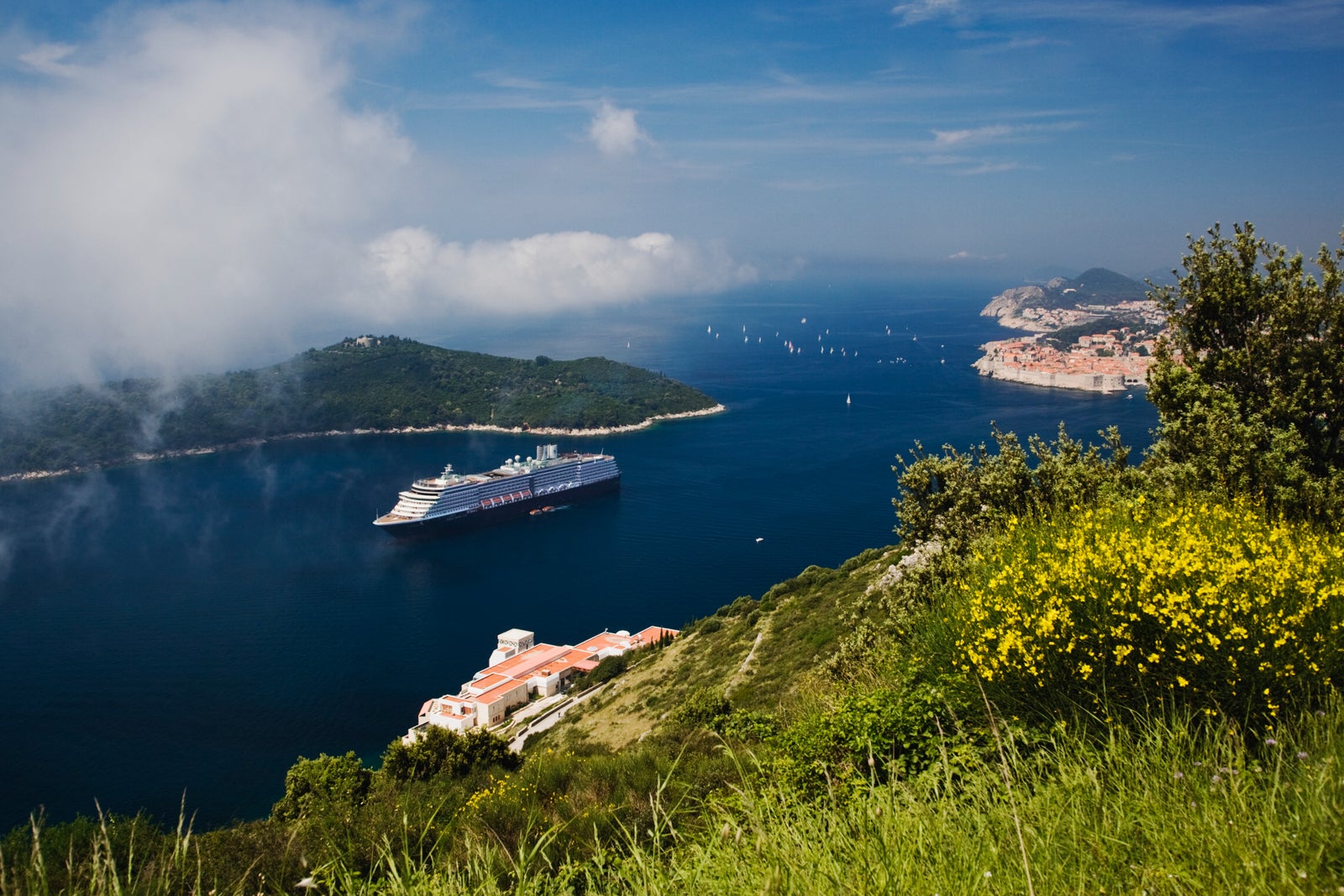 The itineraries do have many similarities, and both will get you to a greatest hits list of sites in the ancient world. But only you can decide if you’d rather step back into history at the Roman Colosseum or learn about ancient Greece at the jaw-dropping Parthenon in Athens.

Throughout the Mediterranean, culture vultures will find themselves with a wonderland of choices. Stop by world-class museums or indulge in some of the best shopping anywhere (Gucci! Turkish rugs!). The whole region is full of foodie delights, whether you crave escargot, paella or moussaka.

Mediterranean cruise itineraries vary in length, but the ports are close enough that you can pack a lot into a week.

In the Western Mediterranean, you can hit Spain, France and Italy on a one-week cruise between Barcelona and Civitavecchia (the port for Rome) or on a round-trip from Barcelona or Rome — all popular routes. Big-ship itineraries may feature a different port every day. Small ships might focus on a specific area, such as the legendary Italian and French Riviera, with an overnight in Monte Carlo so you can pretend you are James Bond at the Grand Casino.

Longer itineraries of 10 and 12 days add relaxing time at sea and may add more overnight visits in ports, giving you time to check out the local nightlife.

All the major big ship cruise lines sail the Western Mediterranean, sometimes debuting new ships on this route even before they arrive in the Caribbean.

Related: A beginners guide to picking a cruise line

Eastern Mediterranean cruises for a week or more embark from ports such as Piraeus (for Athens), Istanbul and Venice (or nearby Italian ports). A weeklong itinerary from Athens may concentrate exclusively on the Greek Isles or combine the Greek Isles with a visit to Kusadasi, Turkey, the gateway to the amazing ancient site of Ephesus, where Mark Antony and Cleopatra may have once traversed the still-intact marble streets.

A one-week Eastern Mediterranean cruise from Venice may combine Greece with port calls in Croatia such as Dubrovnik, the walled city famous even before it doubled for the fictional King’s Landing on HBO’s Game of Thrones.

Both Eastern and Western Mediterranean cruises are most popular in summer, especially with the family crowd. Bargain hunters should look for deals in early spring and late fall. Fares are especially cheap in winter, when routes are limited but European lines such as Costa Cruises and MSC Cruises operate in the western Mediterranean with highly reduced fares.

Here is a sampling of ports of call to help you decide whether an Eastern or Western Mediterranean route is best for you.

On a western Mediterranean cruise, you’re likely to visit Rome, the “Eternal City,” with such sites as the Vatican and the Sistine Chapel, the ancient Colosseum and the Forum. Another popular port is Barcelona, where you may see the fanciful Modernism architecture of Antoni Gaudi, including his still-unfinished cathedral, and visit the Picasso museum to see that artist’s early works.

Other western Mediterranean port calls in Italy may include Naples, the birthplace of pizza. From Naples, you can venture to the ancient city of Pompeii or follow the rich and famous to the island of Capri. From Livorno, you have several destination choices. Head to Florence, with its Renaissance treasures such as Michelangelo’s “David” statue, or visit such nearby sites as the Leaning Tower of Pisa or the gorgeous Tuscan countryside.

In France, you may visit Marseilles, gateway to Provence, with its vineyards, olive groves and lavender fields. Or you may stop along the French Riviera, where the gorgeous coastline inspired artists, or dock among the superyachts in Monaco.

Eastern Mediterranean itineraries vary more widely. You’ll likely explore Greece, with its breathtaking coastline and islands, none more impressive than Santorini, where you sail into a sunken caldera and view white-washed villages clinging to hillsides 1,000 feet above the sea. Other highlights include Mykonos, with its colorful homes and beaches, and other Greek islands that look like scenes from the “Mamma Mia!” movies.

In Athens, you’ll see the hilltop Acropolis with the magnificently columned Parthenon, the temple dedicated to the goddess Athena, and may stop by the modern Acropolis Museum, home to breathtaking ancient treasures. Also on the Greek mainland, you may stop in Katakolon, a tiny fishing village (with a nice long beach) that’s the gateway to Ancient Olympia, the birthplace of the Olympics.

Some itineraries combine Greece and Croatia, with a port call in Dubrovnik and sometimes other towns on the crystal-clear Adriatic Sea.

If your itinerary includes Turkey, you can check Istanbul’s Blue Mosque and Grand Bazaar off your bucket list. From Kusadasi, you can the ancient ruins of Ephesus and visit sites related to the Virgin Mary.

No matter which Mediterranean itinerary you choose, you should budget for tours and activities. Shore excursions on both routes will get you to UNESCO World Heritage Sites galore.

At the ancient Greek and Roman sites found on either itinerary, expert guides can help you understand the history and take you to the key attractions (while skipping the lesser ones). You’ll appreciate their direction, especially in summer when you may be touring in intense heat and with large crowds.

At museums, especially in the Western Mediterranean, being on a tour helps you cut lines. You’ll appreciate this at such popular places as the Sistine Chapel and Colosseum.

In both the Western and Eastern Mediterranean, key attractions may not be near the port – meaning if you explore on your own, you will have to deal with the hassle of finding transportation. Civitavecchia is about 45 miles from Rome; Piraeus is easier, at only six miles from Athens.

If you are a DIY type, look for “On Your Own” excursion opportunities, which basically provide transportation and a few hours to do your own thing before returning to the drop-off spot. Rome is a prime spot for this.

In either part of the region, try to reserve time in the towns and cities to wander and enjoy the outdoor cafes, where you can sample the local cuisine, people-watch and dive into the culture. Chatting with friendly locals while eating mezes on a Greek island, tapas in a Spanish city or the perfect bowl of pasta in an Italian town may be a highlight of your trip.