9 underrated US beaches to visit this summer 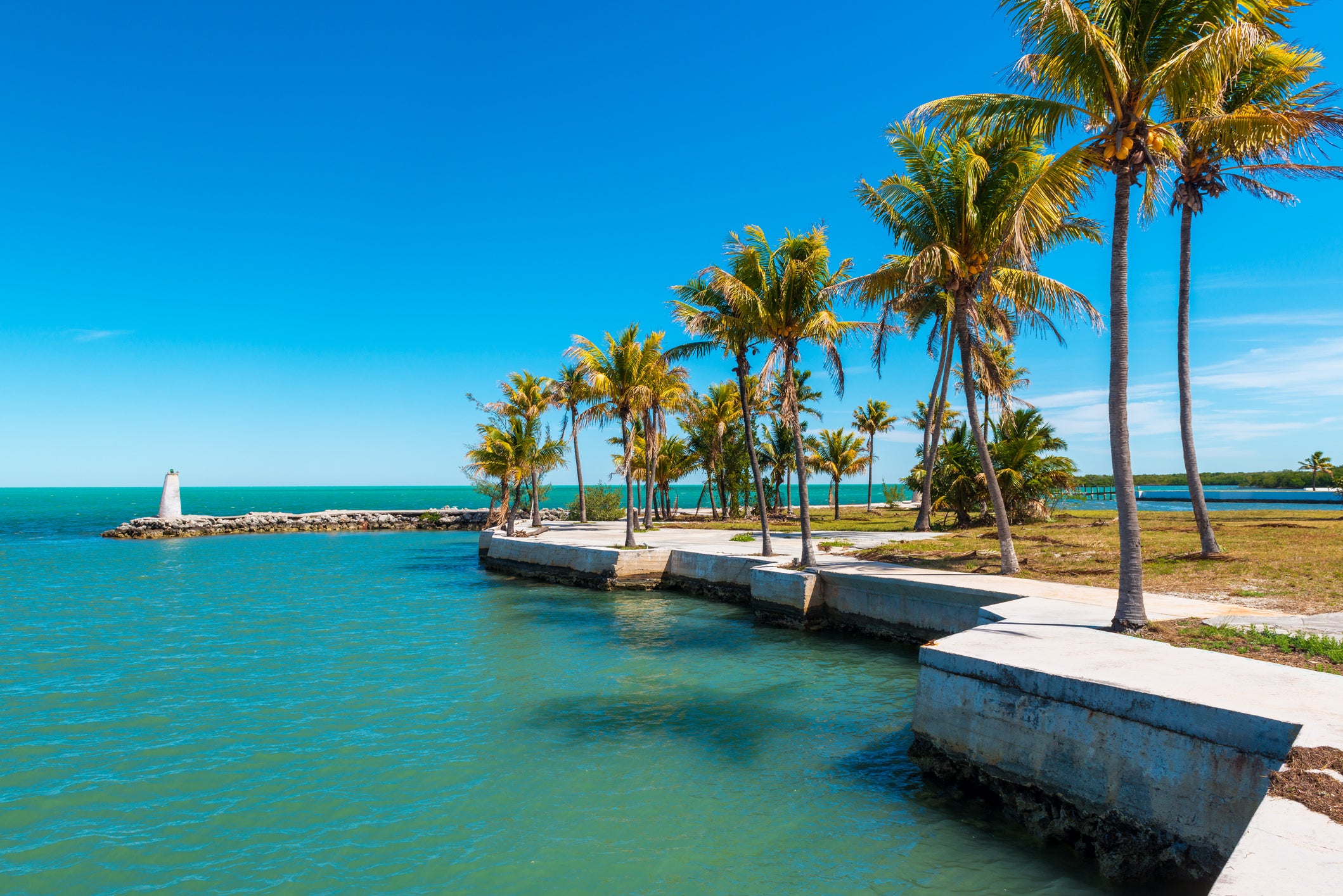 Though some countries have started reopening their borders to U.S. tourists, domestic travel is still your best bet for a summer getaway this year. There are plenty of popular spots to choose from, such as Miami Beach in Florida; Myrtle Beach in North Carolina; Waikiki in Hawaii; and Malibu in California. But there are plenty of beach destinations that fly under the radar and are more likely to be uncrowded and affordable during the summer travel surge.

If you want to escape to a beach retreat this year, consider one of these underrated U.S. beach destinations.

This island is about an hour ferry ride away from Newport, Rhode Island, but the boat ride is worth it. Half of Block Island is a nature preserve, which gives the entire island a protected and isolated vibe. Public beaches are easy to find, situated between ocean bluffs that make for stunning photos. There's something for just about everyone: biking, surfing, shopping, lighthouses to explore and more.

Those who are able should check out Mohegan Bluffs. You'll have to take 141 wooden steps down (and back up) to the beach, so it's not the most accessible. But it's arguably the most picturesque beach in New England and a great place to spend the day.

When you think of beach destinations, you probably think of ocean shores. But the U.S. is also home to a lot of great lake beaches.

South Haven gives visitors the distinct feeling of being in a small coastal beach town, despite being nowhere near an ocean. It's situated on the coast of Lake Michigan, across the way from Chicago and just southwest of Grand Rapids. Though it's a small town, there's plenty to do with more than 70 shops and dining spots to choose from. There are seven public beaches, a dozen wineries, local farmers markets, scenic drives and other ways to fill your summer days.

If you're in South Haven between Aug. 12 and 15 this year, you'll even get to check out South Haven's National Blueberry Festival.

California is home to plenty of iconic beach destinations (Malibu, San Diego and Laguna Beach, to name a few). But the state also has plenty of beach towns that go unnoticed by the masses. Capitola, near Santa Cruz on the northern curve of Monterey Bay, is one such hidden secret.

The beach hosts a number of activities on summer nights — movies, concerts, art shows and more. And during the day, you can check out the beach (though it can still get pretty packed, especially on weekends), go surfing past the east end of the beach, walk along the Esplanade to shop and see the pastel-painted buildings.

Farther north in Washington state, consider Long Beach with its 28-mile strip of beaches that front the Pacific. The temperatures in the summer rarely rise above 70 degrees, which makes it a great place to escape the heat. You may not want to dive into the chilly water for a casual swim, but there's still a lot to do along the beach. Kite flying is a popular activity (you can even check out the World Kite Museum), as is windsurfing.

You can also go horseback riding along the coast, clam digging and walk along the boardwalk. Plus, it's only about a two-hour drive to Portland, Oregon, if you want to explore the city as a day trip.

If you've spent as much time watching Netflix this past year as I have, you've probably heard of Outer Banks in North Carolina. Ocracoke Island is found toward the south of the Outer Banks islands.

Ocracoke Island is home to some of the best beaches on the East Coast, but the long car or ferry rides required to get there mean it stays under the radar compared to more accessible destinations. The village here is easily walkable, and you'll find your fair share of eclectic shops and locally owned restaurants. Of course, you can spend time at the beach, or you can visit the Ocracoke Island Lighthouse, try out hang gliding or go horseback riding. In August, the village also hosts a Fig Festival featuring creations made from the island's abundance of fig trees.

If you want to travel somewhere within the U.S. that feels more like a Caribbean destination, you should consider Marathon in the Florida Keys.

It's home to Sombrero Beach, easily one of the best beaches in the Keys. Loggerhead turtles nest along the shoreline, you can see dolphins off the coast, explore Crane Point Hammock and Nature Trail, go deep-sea fishing and snorkel at Sombrero Reef National Marine Sanctuary.

Related: Our favorite points hotels in the Florida Keys

This island may not have the same pristine beaches as some other East Coast beach destinations, but it does offer a sight you'll only see in this region: Chincoteague wild ponies.

There are approximately 150 wild horses that call the Virginia portion of Assateague Island home. These are wild horses, and though small and downright adorable, you can't pet or ride them. But they are beautiful to see, and each summer the Saltwater Cowboys herd the ponies in an annual Pony Swim over to Chincoteague Island.

You can also visit the beach, go crabbing or clamming, watch for bald eagles and more. But the highlight of this underrated destination is definitely the horses.

Lake Tahoe is a popular tourist destination, but not all of the beaches along its shore are created equal. Crystal Bay — which is right along the California and Nevada border — sits near the deepest point of the lake. The water is a beautiful, deep blue, and incredibly clear close to the shore.

There are strips of beaches, but the area is also dotted with large boulders and rocky shorelines with docks extending into the water. You'll see snowcapped mountains across the way, too. In town, there are casinos where you can try your luck after a day spent exploring.

Galveston is a well-known Texas city, but this historic place in the U.S. is still an underrated summer destination. There's a ton to do here — 32 miles of shoreline, the Galveston Island Historic Pleasure Pier, a botanical park and Moody Gardens.

It's also rich in history. Galveston is where the holiday Juneteenth started when Major General Gordon Granger announced that the Civil War was over and officially outlawed chattel slavery. There are more than 60 locations in Galveston that have architectural significance in the National Register of Historic Places. And there's a 40-block residential historical district to explore.