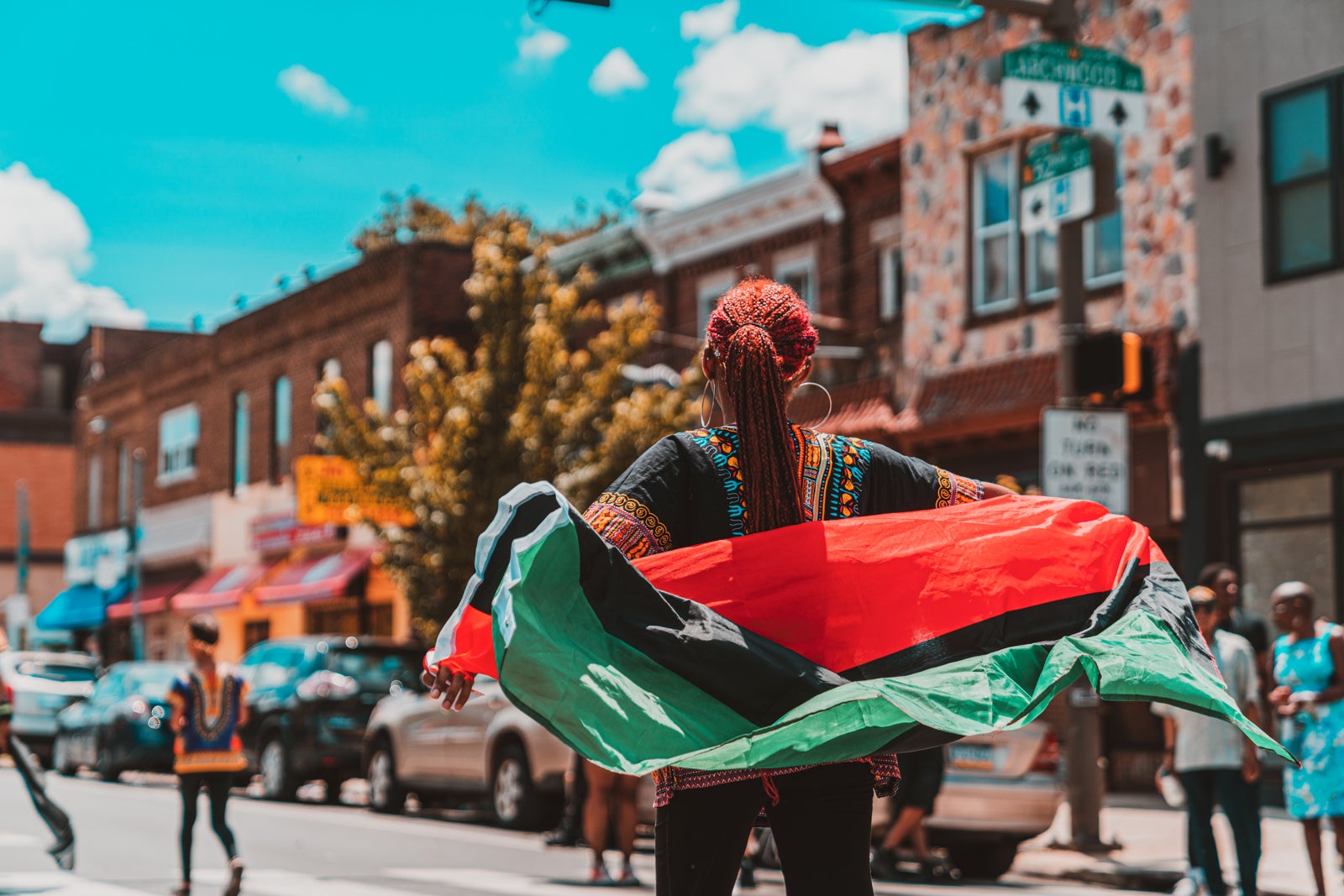 Last year, Juneteenth, which is officially celebrated on June 19, was finally made a federal holiday.

The now nationwide celebration marks the day in 1865 when Major General Gordon Granger and his troops arrived in Galveston, Texas, heralding the end to both the Civil War and to slavery.

While the institution of slavery had been banned in 1863 by the Emancipation Proclamation, many slave owners ignored the executive order and continued to hold people captive. It took nearly two and half years before Granger's announcement made its way to Texas. Ever since, many African Americans, particularly in the South, have celebrated June 19 as the true end of slavery in the United States.

This year, many cities throughout the country have planned events to celebrate the holiday.

What Juneteenth means in the travel industry

TPG editor Benét Wilson spoke of the holiday’s importance to her family and community: "My father’s parents were both from San Antonio, Texas, which is where Juneteenth originated. I grew up pre-internet, so my parents were really great about teaching us about Black history and traditions. Growing up, we celebrated Juneteenth as a picnic. We’d discuss the meaning, but it was really more about being with family. I didn’t realize until high school (when we moved to Washington, D.C.) that people didn’t know that it was a significant day in the Black experience.”

Dayvee Sutton, a national travel and lifestyle correspondent, echoed her comments. "Juneteenth is an American independence day​, celebrated primarily by ​​the ​descendants of people who were enslaved in this country, or what we like to say, 'African-Americans,'" Sutton told TPG.

"But it should be a day celebrated by all Americans because it is American history. And all Americans should be happy that the enslaved are free, right? … It is important to not only know the truths of the past but to confront them, as well, if we are genuinely in a space where we can move forward together."

Where you can celebrate Juneteenth in 2022

Around the country, Juneteenth is typically marked by parades, picnics and other outdoor celebrations.

Juneteenth has been celebrated in the Galveston area since 1979. Locals and visitors can stop at the official Juneteenth marker, located at the Strand near 22nd Street beneath the oak trees, and attend the Annual Juneteenth Proclamation Reading. There’s a parade and a picnic at Wright Cuney Park, as well as a musical celebration, the Emancipation Celebration at the Grand 1894 Opera House. Make sure to also check out the Juneteenth Legacy Project's "Absolute Equality" public art installation at the Old Galveston Square Building.

Denver, Colorado, declared Juneteenth an official commemorative holiday in 2021, before the national holiday was declared. That year, they also launched the annual Juneteenth Music Festival and parade in the historic Five Points neighborhood which will return this year with one of the nation’s largest celebrations. The city will also host a parade, street festival and the return of Denver Black Pride, an event celebrating the city’s black LGBTQIA+ community. The location of the Juneteenth celebration is significant, as Five Points has been a historically black neighborhood since the 1920s.

Both downtown Washington, D.C. and nearby Alexandria, Virginia, have an array of Juneteenth events planned this year.

In D.C., several museums, such as the National Museum of African American History and Culture and the National Museum of the American Indian, are having special exhibitions that highlight different aspects of the African American experience. Theaters and galleries across the city, such as Arena Stage and Artechouse, are doing the same. The Something in the Water Festival, hosted by Pharrell Williams and featuring music by Jon Batiste, Lil' Baby, Ashanti, Ja Rule and others, will also take place that weekend.

Across the river in Alexandria, several historical tours and lectures are taking place including those held by the Manumission Tour Company in Old Town, the Lee-Fendall House and Museum, and the newly reopened Freedom House, a museum dedicated to honoring the lives of both enslaved and free Black people who lived and were forced to work this Virginia city.

Several New York City boroughs are holding Juneteenth events this year. In Brooklyn, there’s a three-day-long celebration planned that includes panel discussions, a community day in Linden and a fashion show and performance in Prospect Park. In Queens, the Juneteenth Festival takes place in Roy Wilkins Park and features a Black beauty bazaar, Black Fashion Row and a variety of other vendors and workshops. Carnegie Hall in Manhattan is planning a night of performances, hosted by actor David Alan Grier, and other institutions like the Museum of the City of New York will have special programming to mark the holiday.

In Atlanta, you can attend the Juneteenth Atlanta Parade and Music Festival happening all weekend at Centennial Olympic Park. This will be the 10-year anniversary of the city's celebration, which is a popular spot for family reunions. The Atlanta History Center is also throwing its annual Jubilee on the Lawn, offering music, games and refreshments to visitors alongside special programming that highlights the city’s Black history.

For African Americans, Juneteenth has always been a time for meaningful reflection, unplugging and reconnecting with family and loved ones. Now, this federal holiday is an opportunity for everyone to celebrate and commemorate an important step toward freedom and equality in American history.

Victoria Walker, a former reporter at TPG, said, "As a general rule, I don’t celebrate the Fourth of July, but I do celebrate and honor Juneteenth, the day commemorating the end of chattel slavery in the United States.”

Here at TPG, we encourage you to also take time to reflect and unplug if you can. No matter where or how you're celebrating, it's an important day to take a step back and acknowledge where we've come from — and, more importantly, where we are going.

Related stories
Another major cruise line to sharply hike onboard fees
Save money with these travel-related offers on your credit cards this month
Use these shopping portal bonuses to earn extra miles this holiday season
Using miles and points to book airline tickets and hotels for others
Featured image by (Photo by Tippman98x/Shutterstock)
Editorial disclaimer: Opinions expressed here are the author’s alone, not those of any bank, credit card issuer, airline or hotel chain, and have not been reviewed, approved or otherwise endorsed by any of these entities.