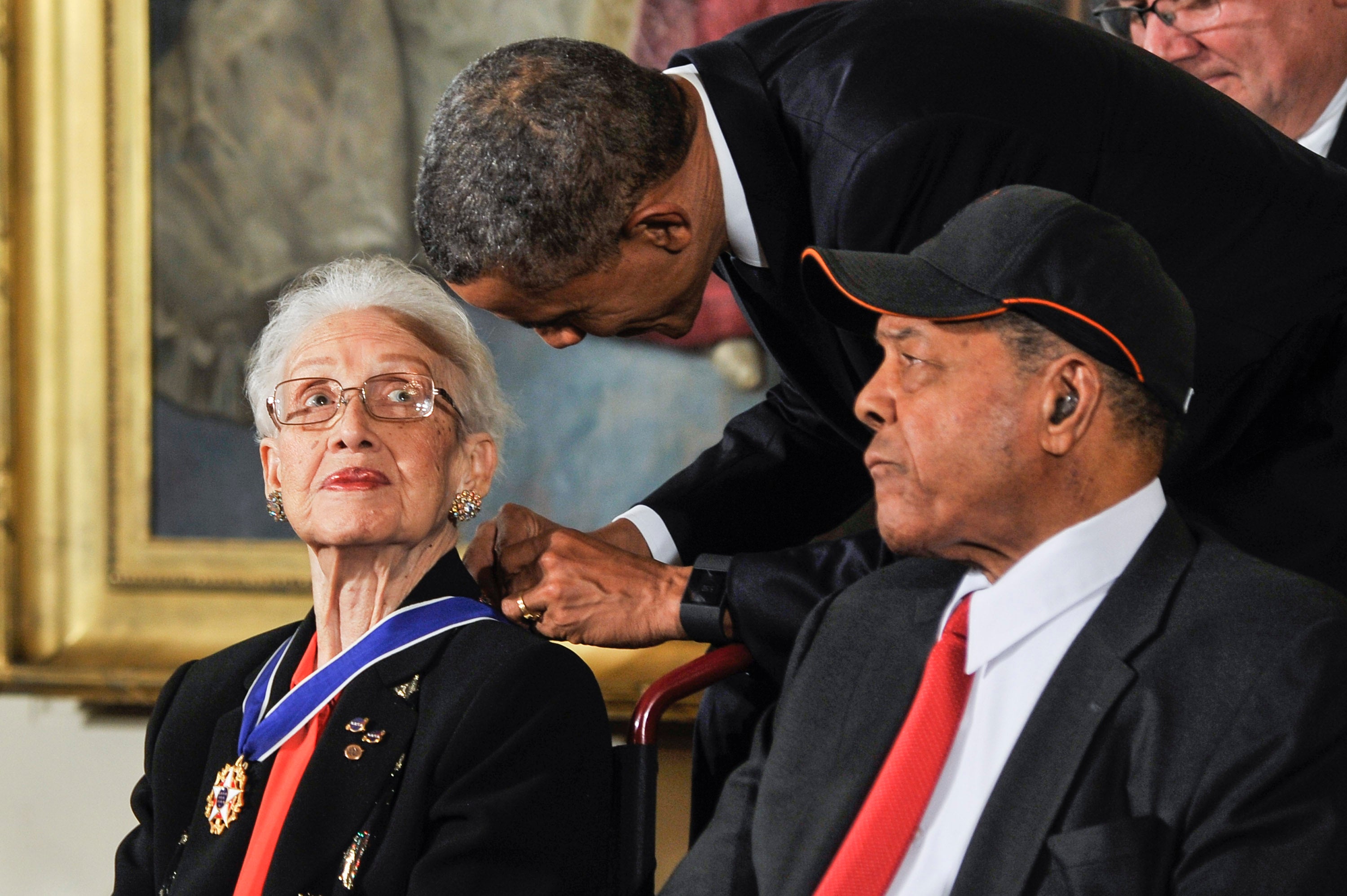 TPG honors Katherine Johnson, the woman who helped propel Americans to space
This post contains references to products from one or more of our advertisers. We may receive compensation when you click on links to those products. Terms apply to the offers listed on this page. For an explanation of our Advertising Policy, visit this page.

Over half a century ago, a Black woman's calculations helped propel a man into space.

She calculated the trajectory for the trip that saw Alan Shepard become the the first American in space. Less than a year later, the astronaut John Glenn (who would later become a U.S. senator) personally requested that this woman recheck the calculations before his flight, during which he became the first American to orbit the Earth.

If this story sounds familiar, you probably remember it from watching a movie a few years back. But this is no fictional tale.

It's the story of Katherine Johnson, the subject of the 2016 movie "Hidden Figures" — and the recipient of The Points Guy's Lifetime Achievement award at the 2019 TPG Awards. On Dec. 9, we honored Mrs. Johnson at our second-annual award ceremony (her children accepted on her behalf) for her contributions to the aeronautics field. It's fitting but doesn't begin to encapsulate Ms. Johnson's life and legacy. The retired NASA physicist has received a slew of awards, including the nation's highest: the Presidential Medal of Freedom, awarded to her in 2015 from then-President Barack Obama.

Sign up for the free TPG newsletter for daily travel tips!

Born in White Sulphur Springs, WV in 1918, Katherine Johnson was always fascinated by numbers. In her rural West Virginia town, formal education for Black students ended in the eighth grade, but she earned a graduate degree at West Virginia University. There, she was one of the first African Americans to enroll in the mathematics program. After graduate school, Ms. Johnson joined Langley Research Center in Hampton, VA as a research mathematician for the National Advisory Committee for Aeronautics, according to her NASA biography.

Hampton is a city with a complex, and at times painful, history.

It's the city to which you can trace the origins of slavery in the United States, where nearly half a dozen enslaved Africans arrived on the shores of Port Comfort 400 years ago this year.

It's where a quiet human "computer" demanded to be included in meetings that excluded women — all while working in substandard facilities separate from her white, mostly male colleagues.

It's also my hometown. I was amazed that this changemaker lived in my city — where I dreamed about being an astronaut and learned about what it meant to be a Black woman — and I didn't know her story. I was dismayed that the house I grew up in was less than a mile away from the NASA facility where she made history. I was angered that I learned more about my city's history during a $10, two-hour film than over a decade of public school history classes on Virginia and African-American history.

After the movie, I was determined to find out as much as I could about Johnson and her legacy, and I soon learned that I had a personal connection to her. My grandmother, who has since passed away and who was nicknamed Favorite, worked at NASA as a secretary decades ago.

We used to read books together about space and astronauts when I was a child, and while she wasn't interested in the sciences, she encouraged my passion. Shortly after the release of the movie, I asked my Favorite for her thoughts.

Listening, I was surprised to learn that she sat in a class taught by Johnson when she was a secretary at the agency's facility in our hometown of Hampton. Back then, my grandmother explained, everyone at NASA had to take a math course — from top engineers to secretaries and everyone in between. My grandmother's mind was fading then, but she recalled Johnson's intelligence. She, like me, didn't know Johnson was an integral part of American history, but the world is better because of her contributions.

In addition to propelling a man into outer space, Johnson's legacy has continued to propel a generation of women even further thanks to her contributions to the field. I'm honored to have presented the TPG Lifetime Achievement Award to Johnson.