Forget the ocean: 8 amazing lake vacations to take in the US this summer

Articles
Summer Hull , aka Mommy Points, ran the Mommy Points site for families who want to travel more for less using miles and points for seven years. She now heads up a variety of special projects at TPG when she isn't exploring the world with her own two girls.
Follow
July 16, 2020
•
10 min read 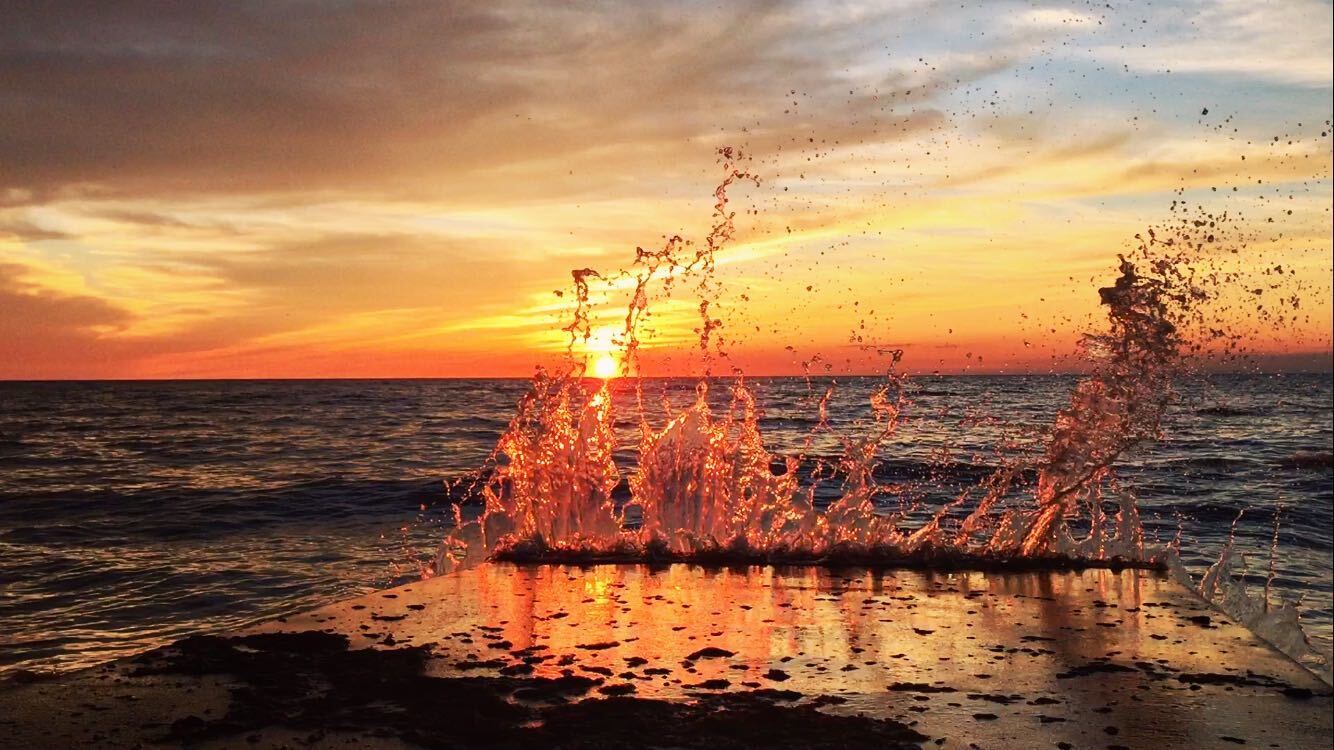 Minnesota is known as the Land of 10,000 Lakes, but that's just the beginning. Alaska claims to be home to over 3 million lakes. And there are still 48 other states in the country, each with its own share of beautiful lakes perfect for a waterfront getaway.

Even in normal times, getting to the coast isn't always a reality for travelers seeking the call of the open water in the summer, especially for those who aren't driving distance from the ocean.

But luckily, even in a landlocked state, there may be easily accessible lakes and beaches that can rival even the prettiest stretch of oceanfront. Believe it or not, you can even surf actual waves in some lakes. And, within the U.S., you can find several lakes that look deceptively similar to what you may find on the islands of the Caribbean.

For more TPG travel tips delivered each morning to your inbox, sign up for our daily newsletter.

From the deepest and clearest to the most beach-like, here are eight of our favorite lakes across the U.S.

Maine's second-largest lake, Sebago Lake, reaches a depth of 316 feet and is known as one of the purest and clearest lakes in the entire state -- which means you really need to outsmart the fish if you hope to catch any since they can see you coming!

In addition to fishing, Sebago Lake is known for swimming, watersports, beautiful sunsets and the sharp contrast between the deep blue water and the green pines. A bonus for visiting a lake in Maine is that the climate is much more temperate than many traditional beach getaways, meaning you can staty comfortable whether you're in the water or topside on the land or on a boat.

Related: Millions of Americans can now visit Maine without a quarantine

Based on photos alone, you could easily confuse Michigan's Torch Lake with somewhere in the Caribbean. From the turquoise color of the water to the sandbars and its staggering size, Torch Lake is a gem of Northern Michigan.

The short version of why a lake in Michigan might be mistaken for the Caribbean is that there are geological similarities in the way the two formed. But whether you're looking to anchor your boat to join a sandbar party or want a more secluded day on the water, the 19-mile lake has plenty of opportunities for all types of aquatic activities.

Nestled in Texas Hill Country is Lake Travis, known as one of the clearest lakes in the Lone Star State. Like all but one of the lakes in Texas, this manmade wonder owes its existence to the Mansfield Dam along the Lower Colorado River. But, what the lake lacks in natural creation it more than makes up for in size and attractions.

Reaching to depths over 200 feet, and offering everything from exceptional large-mouth bass fishing, to wakeboarding and even clothing-optional sunbathing in Hippie Hollow, Lake Travis is a must-visit in Central Texas if you're craving time on the water. If you simply want to take in the view from dry land, the Oasis restaurant has a top-notch location with outdoor seating (shown above) -- especially at sunset.

Related: 11 things no one tells you about Austin

Crater Lake, set in the Cascade Mountain Range, is known for being not only the deepest lake U.S. but also for being one of the most pristine lakes on Earth. It gets its deep, blue color in part because it's so pure. Just don't head to Crater Lake in the late spring or early summer expecting a day at the beach, as you very well may still be met by snow.

Even during the most popular months to visit (July to September), this isn't really a lake you want to dive into, as the surface temperature only ever reaches between 55 and 60 degrees Fahrenheit, though you technically can swim from the shore at the base of Cleetwood Cove Trail. You're also welcome to fish Crater Lake — in fact, since fish aren't native to the lake, the National Park Service would love for you to help take some rainbow trout and kokanee salmon out of the water, no license required. Fishing is allowed both from the shoreline and on Wizard Island in the middle of the lake (which requires a boat tour and ticket but is not open for the 2020 season due to COVID-19).

Related: How to use points to stay near national parks

Lake Erie, one of the Great Lakes, is known for some of the most amazing sunsets in the country. This lake serves as not only a border between the U.S. and Canada, but also the states of Michigan, Ohio, Pennsylvania and New York.

Lake Erie is the shallowest of the Great Lakes, which makes it the warmest in the summer and also relatively prone to waves. Lake Erie is known for its plentiful public-access parks, islands, lighthouses and vineyards, which you can enjoy with a range of activities such as kayaking and boating. Fortunately, there are many homes and cabins available to rent all around Lake Erie's 871 miles of shoreline.

Related: What I learned taking a socially-distant vacation

This 72-square-mile lake, about a 2-hour drive north from Boston, has long been a popular summer destination for families. Newcomers should get a boat and do the full loop around Lake Winnipesaukee, stopping to visit towns such as Laconia, Meredith, Center Harbor, the Ossipee Mountain area, Wolfeboro (the oldest summer resort in America) and the Alton Bay area. Hikers can admire spectacular views of the lake from the top of Mount Major.

Your trip to Lake Winnipesaukee won't be completed without a scoop of ice cream from Bailey's Bubble, which turns out flavors such as peppermint stick, black raspberry and maple walnut. Maddies on the Bay offers pub food and cocktails with a view of the dock in downtown Wolfeboro. And if you're sheltering in place, consider grabbing Maine lobster and clams from a place like Captain Bart's Seafood Market, located in nearby Moultonborough.

Related: 11 of the best destinations in the U.S.

We may have (as you probably anticipated) leaned heavily on the Great Lakes, but just there's no way to create a list of the best lake vacations in the country without mentioning Michigan's Lake Huron. This is the clearest of the bunch, has the most islands and has some very ocean-like beaches, such as the one at Port Huron, roughly an hour outside of Detroit. Lake Huron extends all the way up to the Upper Peninsula where it meets Lake Michigan at Mackinac Island, which is an amazing destination in its own right.

Sitting on the California and Nevada border in the Sierra Nevada Mountains, and divided into north and south regions, Lake Tahoe boasts clear, blue water and is second in depth only to Crater Lake.

Tahoe can be much warmer than Crater Lake in the summer months, though the water still only reaches about 70 degrees during the hottest part of the year. Luckily, there are plenty of beaches along both the Nevada and California sides of the lake, so you can pack your beach chairs and dip your toes in the water if you want to avoid cooling all the way down.

Related: How to visit Lake Tahoe on a budget

Sure, there's nothing quite like a trip to a beach in the Caribbean or to the shores of Hawaii. But, a summertime jaunt to a nearby lake may be more beach-like or captivating than you thought possible, as long as you're selective about where you go. And, if you can't make it to one of the best lakes in the U.S., here are some of our favorite secret swimming holes: no flight or passport stamp required.

Editors's note: This post has been corrected to show that Minnesota is the state known as the "Land of 10,000 Lakes."