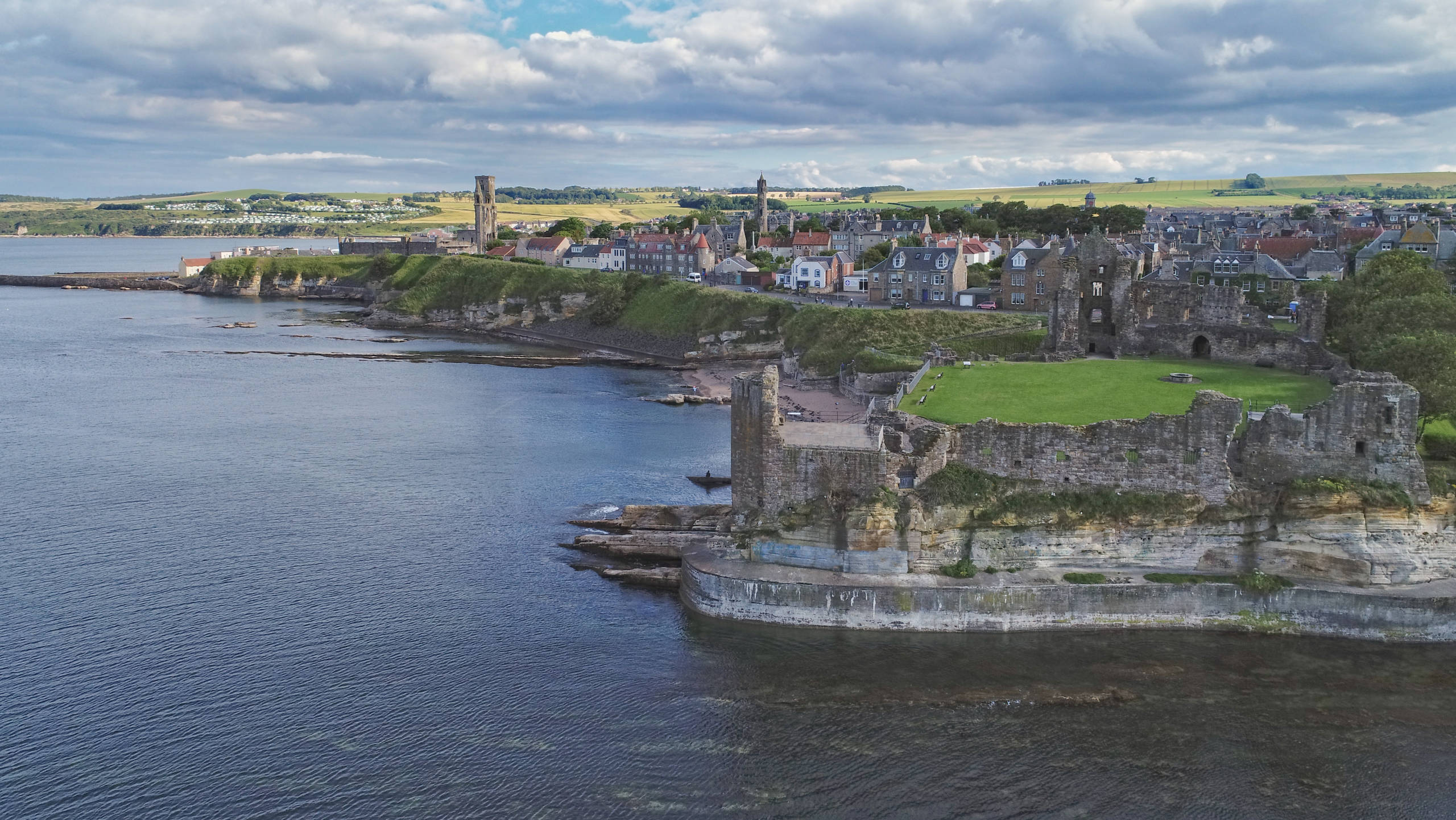 Editor’s note: As the travel industry reopens following COVID-19 shutdowns, TPG suggests that you talk to your doctor, follow health officials’ guidance and research local travel restrictions before booking that next trip. We will be here to help you prepare, whether it is next month or next year.

Scotland is one of those countries that can have different climates within a short drive from one town to the next. Its landscapes include stunning natural beauty, vast open spaces, quaint fishing villages and old-world charm to complement its famously friendly natives.

While I’d been to Edinburgh a few times, I’d yearned to see other parts of the country and get into the heart of the place a bit more. Because Scotland is such a manageable size, at one-third the size of the United Kingdom with more than 6,000 miles of coastline and well-kept roadway -- even the rural ones for the most part -- it makes it an obvious choice for road trips.

In 2015, the Scottish tourism board launched the North Coast 500 (NC500) -- a circular route that runs through the Highlands on the northern peninsula of the country. Two years later, the northeastern peninsula (part Lowlands and part Highlands) launched its own journey with the Northeast 250 (NE250). This one circles Speyside, the Cairngorms, Royal Deeside, Aberdeen, the east coast and Moray Coast.

When coronavirus travel advisories begin to lift, how we travel for leisure might take more precedence in planning -- road trips and slower travel will be on-trend since travelers’ safety and health can more readily be controlled in personal and rented vehicles. Plus, it’s still easy to gain or use points and miles via credit card purchases with the rental, purchasing petrol and with hotel stays along the route.

For my inaugural road trip, I chose the northeast, taking hints from the NE250 and customizing it a bit to hit spots I’d had on my bucket list including St Andrews and the oldest distillery in Scotland.

From Edinburgh, St Andrews is an easy one-hour and 20-minute drive north on the A92.

Start your day off with a wander around the ruins of St Andrews Cathedral. It’s free and awe-inspiring. Built in 1158, it was once the center of the Medieval Catholic Church in Scotland. Just up the road, for $11, you can tour the ruins of St Andrews Castle, which was built less than 50 years later, was home to James I, II and III of Scotland and was also a notorious prison.

As cheesy as it may be, a visit to the cafe where Kate Middleton and Prince William reportedly met is worth it. Northpoint Cafe has homegrown offerings like full Scottish breakfasts, delicious toasties and plenty of its own baked goods, all for under $15.

Read more: 6 tips for surviving a road trip with a large family

After you’ve filled up, the town’s cobblestone alleyways, shop-lined streets and St Andrews University are lovely to walk around. Back over by the ruins, there’s a seaside path offering sweeping horizon views as well.

Where to stay: The Saint Bar & Kitchen boasts simple and comfortable rooms that start at about $185 per night. The gastropub is cozy and offers locally sourced Scottish fare at reasonable prices -- most main courses are about $25.

Cruise two-and-a-half hours up the A90, and you’ll hit the north coast of the peninsula, the Moray Coast, which stretches from the inlet city of Inverness out to Fraserburgh on the northeastern point. There's an official coastal walk but there are also unofficial pathways along the entire coast -- either beach walks or over rocky points (be sure to check tide times for safety). Do stop when you see sheep, as they’re sometimes friendly and love a good ear scratch.

Many of the villages here are built into the seaside cliffs, creating a tiered effect. Gardenstown is one of these, and its sole restaurant the Gardenstown Pub is the perfect place to chat with a few locals and dine on fresh fish for under $10.

Where to stay: For a tranquil coastal experience, stay at the Mill of Nethermill. Owned by an American expat couple who restored the dilapidated early 18th-century mill, the self-catering cottages sit on a protected cove along the coast where you might get to see some dolphins. Starting at about $123 per night (with a two-night minimum), you also get to visit the vegetable garden or peruse the on-site pottery barn. Pets and bonfires are allowed, and you can even camp on its beach for a smaller fee.

If it’s a full-service hotel you seek, Cullen Bay Hotel starts at about $120 per night and is right on the edge of the town where the famous Scottish dish, Cullen Skink (a thick haddock, onion and potato soup) originated. It’s much tastier than it sounds.

Speyside and The Malt Whisky Trail

From the coast, drive inland via the A95 to Craigellachie. The tiny town sits in the middle of Speyside, where the Malt Whisky Trail winds through the country with nine distilleries to visit (and taste, just make sure you’ve got a designated driver!). The area is home to the world’s largest concentration of whisky distilleries, of which Strathisla is the oldest continuous running one.

Strathisla Distillery, owned by the Chivas Brothers since 1786 -- the first they ever owned -- has used the same water supply since 1786 from Broomhill Spring on the property and puts out almost 650,000 gallons of Scotch Whisky per year. Do the traditional tour for $18 each, but I recommend the Blending Experience for $74. You get to really get into the inner workings of the distillery, but the best part is that you get to try your own hand at blending and take it all home with you.

Another really interesting experience, if you’ve had enough to drink, is the Speyside Cooperage. For $4, visit the epicenter of cask manufacturing and learn how they make and repair over 100,000 casks each year.

Where to stay: Try the Craigellachie Hotel (at about $200 per night) as this old train station/hotel is the very definition of cozy. With complimentary whisky in every bedroom, a world-famous whisky snug and a modern gastropub, The Copper Dog downstairs. This hotel is perfectly situated to easily access other distilleries in the area over a couple of days. It sits near the River Spey, which is where the kitchen catches its fresh fish for delectable Scottish salmon dishes.

If it’s Thai food you’re craving -- because Thai food in pubs is a thing in Great Britain -- a hop and a skip down the old train line walkway is the Highlander Inn (rooms start at $136 per night). The proprietor prides himself on importing whisky from around the world to his quaint pub, so it’s a great spot to try some interesting blends.

In under an hour driving south down the A939, you’ll hit the edge of Cairngorms National Park. Scotland has large expanses of dark skies, some of the biggest in Europe, and Cairngorms won the prestigious status of International Dark Sky Park in 2018. It makes this region a free ticket to the stars and at the right time of year, it's possible to see the Northern Lights from the Tomintoul and Glenlivet viewing areas. It’s now Scotland’s first Highlands Dark Sky Park.

Where to stay: After stargazing, sleep at the luxurious Fife Arms in Braemer (starting at around $270 per night), about as close to the center of the park as you can get, and feel like Scottish royalty.

And 45 minutes east, on the edge of the park in Aboyne, The Boat Inn has a lovely little gastropub and beer garden overlooking the River Dee, along with clean and cozy rooms starting at about $107 per night.

Traveling around a country in a car can be one of the most pressure-free and flexible ways to explore. You set your own times of when to drive, you pick your own route and if you've found a spot you adore you can always extend your visit there. And Scotland is such a great country to drive around because its roadways are well-paved and marked, its size is manageable, and its people are friendly, so getting lost could be the best thing to do.

Related stories
Chasing elite status on Alaska Airlines? A flight to California this fall could help
Flights to Auckland starting under $700 round-trip
The ultimate guide to earning elite status with United cards
American Airlines forgot it had landing slots at JFK. Then it lost some of them
Featured image by Getty Images/iStockphoto