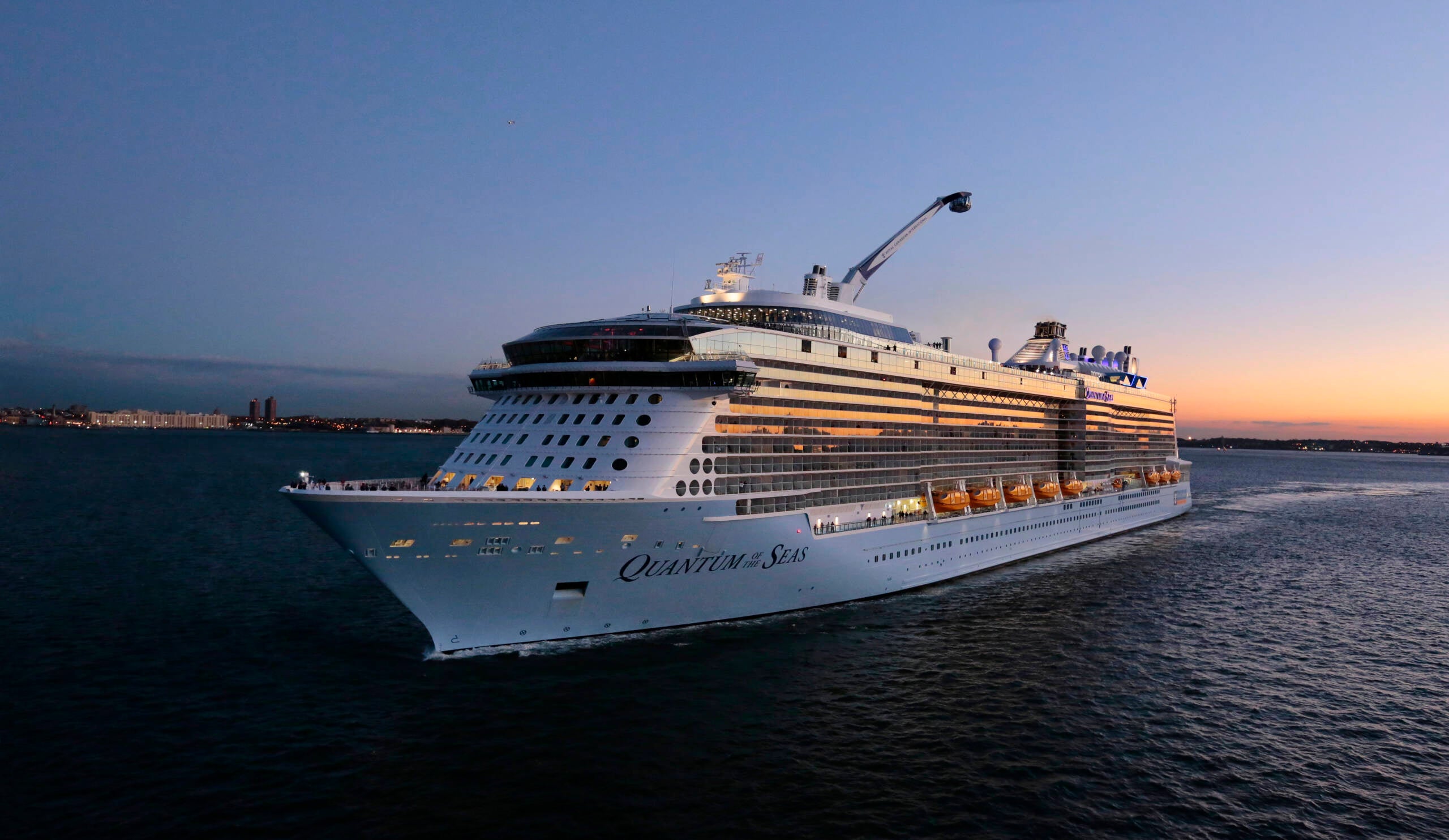 10 things you'll hate about cruising -- even if you end up loving it
This post contains references to products from one or more of our advertisers. We may receive compensation when you click on links to those products. Terms apply to the offers listed on this page. For an explanation of our Advertising Policy, visit this page.

They may think they're going to hate it. They may want to hate it. But then they try it, and they're hooked.

If you don't believe me, just look at the numbers. When I first started writing about cruising, in the 1990s, barely 5 million people a year were doing it. These days, the number of people cruising each year is six times that level.

That's not the growth trajectory of something that people don't love.

Still, just because people love something doesn't mean they love everything about it. That's the case, for sure, with cruising. As much as people love to cruise, they love to gripe about all the things that are wrong with cruising, too. And that's the raison d'etre for this story.

If you're looking into taking a first cruise, you've probably read a lot about all the things you're going to love about it. Below, you'll find the things about cruising that you might not love so much.

Most of them are minor things. A few could be seen as major, depending on your point of view. But for most people, they're not deal-breakers on the very idea of cruising.

You just might want to keep them in mind when getting ready for your first adventure at sea.

If you've ever been on a cruise, you know just how much of an annoyance muster drills can be. Before a ship can sail, every passenger on board must assemble at their assigned muster stations to learn about emergency procedures. This is important for safety, for sure. But that doesn't make it pleasant. On many ships, the muster drill is an excruciatingly long and inefficient process that often can involve many minutes sitting (or, worse, standing) around waiting for your fellow passengers to show up.

For the record, Royal Caribbean and its sister lines will be implementing a new, more efficient muster drill system this year that promises to make things much more bearable. Here at The Points Guy, we're so thrilled about what they plan that we just gave Royal Caribbean's parent company a major award for it.

Even smokers complain about the smoky smell in the casinos on some ships. It can be quite noticeable, and not just around designated smoking areas. The smoke that smokers generate in casino smoking areas has a way of wafting into non-smoking areas, too. On many vessels, the casino is the only indoor venue where smoking still is allowed, and ship casinos can be quite popular with smokers. Not that they always are. Some lines, such as Celebrity Cruises, have banned smoking in all indoor venues including casinos.

Some cruise industry promoters will tell you that nobody gets seasick anymore on cruise ships. Don't believe them. Yes, a side effect of cruise ships getting bigger in recent years is that they're also more stable. In general, bigger ships move less in the waves. Cruise ships also have become more stable due to design improvements and new stabilizer technology. That said, if the waves are big enough, you're going to feel some movement when you cruise. And if you're prone to seasickness, there will be times when you just can't avoid a bout of queasiness.

Cruising is big with families -- so big that on some of the bigger ships, you'll often find many hundreds of children on board. We'd like to say that these children always are well behaved. But, as regular cruisers know, that isn't always the case -- particularly when the kids break free from their parents and begin roaming the vessels in packs (something that is not all that uncommon on bigger vessels).

If the idea of sharing your vacation with hundreds of shouting and screaming children doesn't sound appealing, don't miss our guide to 5 lines for people who just can't stand being around kids.

There is nothing more maddening than walking out to the pool deck of a cruise ship and finding every single lounge chair occupied by ... a single flipflop. Or a towel. Or a cheap paperback. But this is exactly what you'll find on many big, mass-market cruise ships on sea days. Passengers will wake up early, head up to the pool, drop something on a chair to "claim it," and then head back to bed. Sometimes they won't show back up to "their" chair for hours.

The result is that it's sometimes hard to find a lounge chair around a cruise ship pool, even when the math says that there should be plenty of chairs available.

On some ships -- again, mostly the big, mass-market ships -- you'll find yourself living in a world of never-ending shipwide announcements touting various activities around the vessel. Listen carefully to these announcements the next time you're on a ship, and you'll notice something interesting: While they are couched as helpful advice about what's happening onboard, these announcements almost always point you to activities where you will end up spending extra money -- a wine tasting, for instance, or a poker tournament. In short, they are advertisements meant to goose onboard revenue.

The hard sell also is in full force in the daily planners that you get in your cabins in the evenings. For cruising newbies, it can be a shock seeing how much paper and ink is devoted to touting spa services, laundry services, casino games, shore tours and other extra-charge offerings.

The waiting in lines

This is generally only a problem on big, mass-market ships that carry thousands of people. And even there, it's not an issue on every ship. But there are some vessels where it seems like you're always in a line. The most-annoying cruise-related lines are those you'll find when it's time to get off a ship when it first arrives at a port and when it's time to get back on a ship at the end of a day in port. Everybody on board, it seems, wants to get off and on at the same time.

The ability to visit a different destination every day is one of the great allures of cruising. But the constant movement of cruise ships from port to port also has its drawbacks. Specifically, you can end up with very little time in any given destination. A typical day-stop in a destination might last seven or eight hours. But every so often you'll find port calls that are even shorter -- sometimes as short as just four hours. To me, a port call that lasts just four hours is just plain silly. Worthless? You fill in the word. But itineraries jammed with lots of port calls sell well, so cruise lines keep packing in the short stops.

The lesson here is to look hard at the length of port calls before booking a particular voyage. The good news that there's been a trend in recent years of lines adding longer port calls on some itineraries -- including more stays late into nights and overnight stays.

There's an old joke that you gain a pound a day taking a cruise. For most people, that's surely hyperbole. But it's no exaggeration to say it's easy to pack on the pounds while vacationing on a ship. Food really is available around the clock on most vessels and in abundance.

Related: The 7 best restaurants on a cruise ship

Our advice: Don't overdo it too much when it comes to the multi-course meals, make a little time for the gym (nearly all cruise ships have them) and always take the stairs when you can (instead of the elevator). Every little bit helps!

New to cruising? Once you get onboard your first ship, you may complain about all the above. In fact, we expect you will. But if you're like many people who try cruising for the first time, you won't complain about those things nearly as much as you will about what happens on the last day of a cruise. To wit, they'll make you get off.

If you end up loving cruising as much as most people, there will be nothing to hate more than that.