There's nothing quite like being in an airport and I miss it. Really

Articles
Sarah Greaves-Gabbadon (aka JetSetSarah) is a travel writer, on-screen host and self-described “Carivangelist,” who goes to the beach and beyond to share the culture, lifestyle and personalities of the Caribbean with the world. Based in Miami, she creates content for outlets including Travel + Leisure, Condé Nast Traveler, Islands.com, AARP and Essence magazine.
Follow
Oct. 20, 2020
•
7 min read 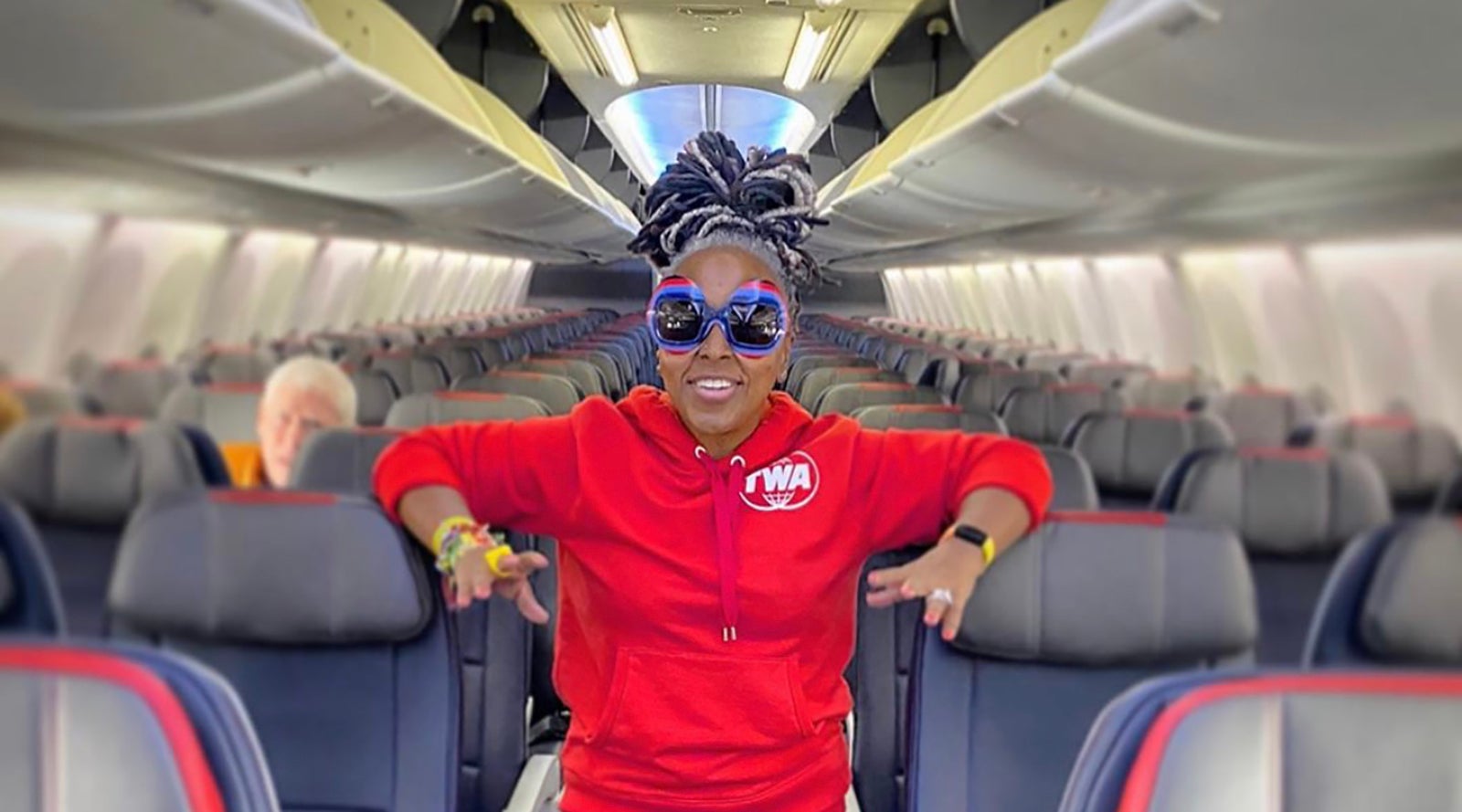 There's nothing quite like being in an airport and I miss it. Really
This post contains references to products from one or more of our advertisers. We may receive compensation when you click on links to those products. Terms apply to the offers listed on this page. For an explanation of our Advertising Policy, visit this page.

It’s been more than 200 days since I was last in an airport. For a travel writer accustomed to jetting off three times a month, that’s a huge deal. This is the longest I’ve been at home in more than a decade, and the concourse is calling me.

But apparently, I’m in the minority. According to the latest TSA report, 590,766 passengers were screened on October 6, a figure steeply lower than the more than 2 million people who passed through the scanners on the same day last year.

For more TPG news and deals delivered each morning to your inbox, sign up for our daily newsletter here.

The Centers for Disease Control and Prevention (CDC) cautions against air travel and airports, citing the risks of close contact with others and with frequently touched surfaces in the terminal. And, let’s face it, even in pre-Covidian times, as eager as they are to be in the destination, most travelers despise what has become the schlep of getting to it.

Not me. I can put hand to heart and say that after more than two decades in the business, I still love every minute of the airport experience. My (admittedly enviable) beat is the Caribbean, so pre-pandemic I’d trade my Miami coop for a sun-soaked island, checking out swanky resorts, interviewing hotel managers and hiking volcanoes for international travel brands. But as much as I love the Caribbean (I describe myself as a “Carivangelist,” on a mission to spread the “gospel” of the region with the world), it’s the commute that’s my first love.

My earliest memory is of being 3-years-old, flying from London-Heathrow (LHR) to Kingston, Jamaica, with my parents. I remember peering out the window, amazed by what I saw. “Mummy, Mummy! The clouds are upside down!” I told her, as they glided swiftly and silently below. It was then, I’m sure, that my love affair with travel began, followed logically and quickly by a fascination with airports, the places where my travel fantasies literally took flight. I have no doubt that my first flight and airport encounters sowed the seeds of what has now been a 25-year-long career in the travel industry.

Related: How to get to Jamaica on points and miles

As a child, living with my Caribbean parents (my mother’s from Barbados, my father from Jamaica) in the U.K. and in Jamaica, we often had family visiting from abroad. And back then, in the 1970s, you wouldn’t dream of telling relatives to catch a cab to or from the airport. Picking up and dutifully depositing them back at the airport was the done thing. So when family visited us in Jamaica, 4-year-old Sarah always begged to go for the drive along the gray ribbon of Palisadoes Road to Norman Manley International Airport (KIN).

Back then, decades before the layers of post-9/11 security we’re accustomed to now, we’d climb polished wooden stairs to a broad terrazzo-tiled balcony called the Waving Gallery. Squeezing between adults until I reached the railing, I’d watch the British Airways jet land and try to spot our houseguests as they clambered down the steps (no jet bridges back then) and onto the sun-baked tarmac, laden with oversize hand luggage I prayed was filled with toys and sweeties from abroad.

Once they disappeared under the roof of the concrete walkway that led to Immigration and Customs, I’d dash across the mezzanine and crouch my tiny body down to peer through the windows into the hall below. Eventually, I’d spy my grandparents or uncles, aunts and cousins as they had their passports stamped, retrieved their inevitably overweight suitcases and eventually made their way to the exit.

And when, weeks later, we’d deposit them back at the airport, I’d rush up to the Waving Gallery again. Only this time I’d cry. Not because they were leaving, but because I wanted to fly off, too.

For my entire childhood, I associated airports with excitement and promise. Later, settled south of London, we were a 90-minute drive from Heathrow or Gatwick. But the distance somehow made the airport adventure all the more exciting. Going to Jamaica meant waking up in the pre-dawn hours of the morning, finally wearing the travel outfit my mother had specially selected for me weeks before and arriving at the check-in counter long before it opened.

I’d have saved my pocket money to buy a book and a box of Rowntree’s Fruit Pastilles for the plane, maybe even a small bar of Toblerone if I’d been especially thrifty. Walking to the gate, swinging my bounty from concourse newsagent W.H. Smith in a bright orange plastic bag, I felt as if I was on the brink of a grand adventure.

And I feel the same way now. On the 12-minute drive from my condo to Miami International Airport (MIA), I still feel a frisson of excitement as my Uber approaches the North Terminal. Stepping inside, I inhale that familiar airport scent, a blend of fresh laundry combined with a synthetic floral that smells to me like home. Haribo gummy bears have since replaced the fruit pastilles I loved so much, and I always grab an overpriced packet at the Hudson News.

I’m at MIA so often that I like to (half) joke that the airport is my second home. I know the faces of the women who guard the TSA Precheck line and recognize many of the security officers at Checkpoint 2. My travel industry friends mock me for always arriving three hours ahead of departure, but I’m fascinated by what I call the “theater of the concourse,” and I like having plenty of time to take it all in.

Walking from Security to American Express’ Centurion Lounge (my defacto “bedroom” in my second home), I pass teens in tank tops, cut-off jeans shorts and flip-flops. Women teeter along in high heels and fur coats. Excited teams of uniformed high school basketball players take up the entire concourse, much to the chagrin of businessmen in sharp suits toting well-worn leather messenger bags. In what other place on earth would all these different types of dress be so simultaneously appropriate that we don’t even notice their incongruence?

I watch honeymoon-bound newlyweds canoodle at the gate of their Cancun flight, then pass an impeccably dressed woman sitting alone at the Corona Beach House bar, sadly nursing what looks like a bourbon on the rocks. Where else in the world would no one bat an eye at alcohol consumption at barely 8 a.m.?

People are setting off on trips of a lifetime, to job interviews and to family funerals. They’re excitedly rushing toward some things, desperately running away from others. It seems to me that an airport isn’t just a transport interchange but also a seasonless half-world, where it’s always 72 degrees and every human emotion and circumstance eventually intersects. And for me, that’s where the magic lies. Airports can be gateways not just to new destinations but also to the best (and sometimes worst) experiences of our lives.

So when I think about how much I miss traveling, I recognize that a big part of what I miss is the airport itself, and the potential it presents every time I step onto the concourse. Right now, I honestly don’t know when I’ll feel comfortable returning to the place that’s gifted me a lifetime of happy memories. But in a world turned upside down by the coronavirus, I know I’ll be happier when I’m finally once again on my way to where the clouds are upside down, too.