Articles
Devorah Lev-Tov is a contributing writer to TPG and TPG Family, as well as Travel + Leisure, Afar, Robb Report and The New York Times. She lives in Brooklyn with her husband and young son and travels everywhere from Bolivia to Hong Kong to Tel Aviv.
Follow
June 15, 2022
•
6 min read 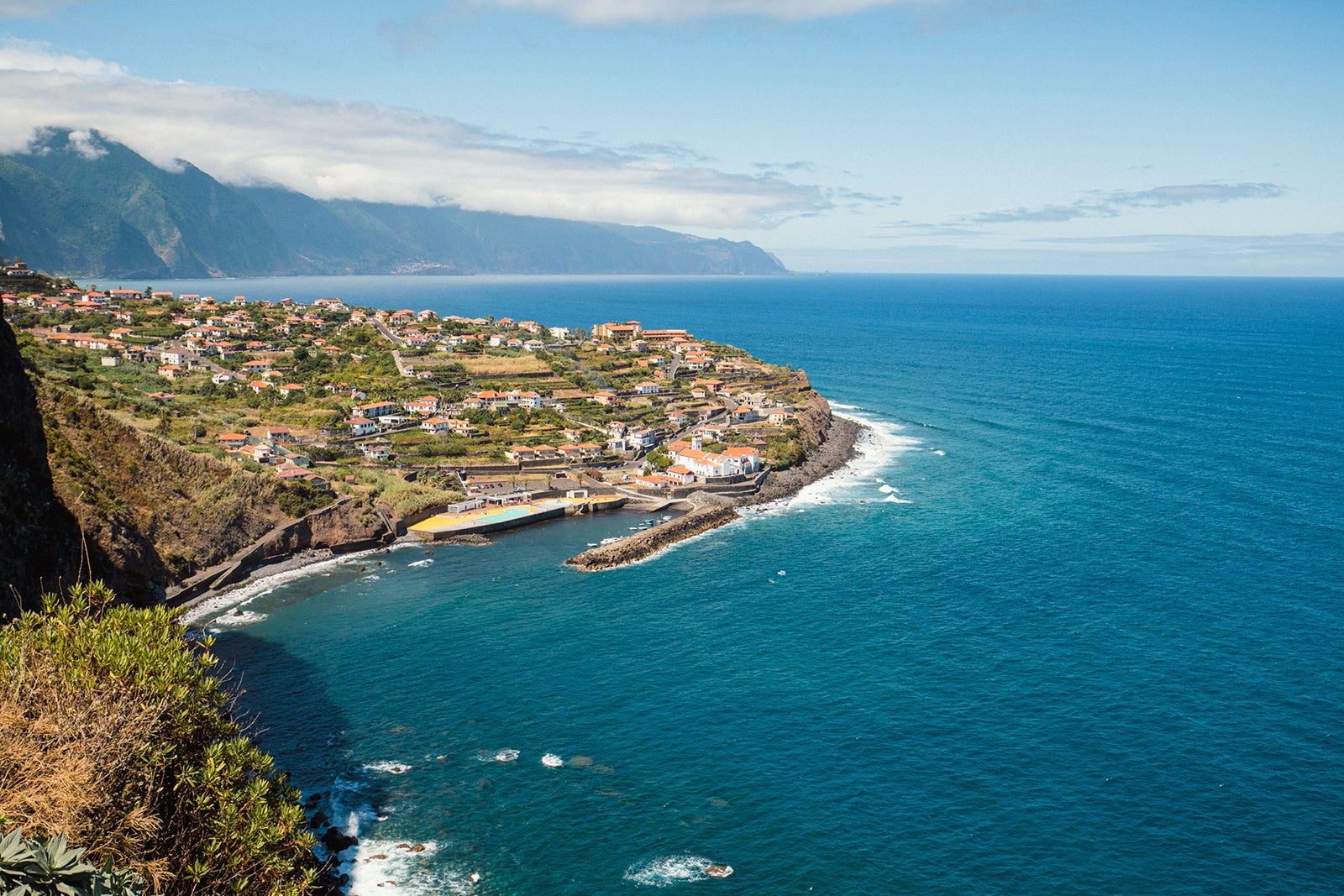 The Azores archipelago of Portugal is full of jaw-dropping nature displays, charming historical towns and incredible food and wine. Any visitor flying to the island chain will find themself at least briefly in the Azores’ capital, Ponta Delgada, as the destination is home to the region's main international airport.

But does this port city on the large island of São Miguel have anything noteworthy to offer? Is it worth spending time there beyond using it as a base for hikes and hot spring exploration? The answer to these questions is a definite "yes."

Here’s what to see, eat and do when you have a day in the capital city of Ponta Delgada.

A stylish restaurant with minimalist decor, Tasquinha Viera is a can't-miss spot for dinner. Like most restaurants here, the menu features plenty of fresh seafood cooked to perfection. You shouldn’t forgo the cheese plate, filled with Azorean cheeses. We also recommend the slow-cooked beef, as well as the handmade ice cream for dessert. Be sure to sample as many local Azorean wines as your stomach (and brain) will allow.

Enjoy an evening stroll along the harbor

Ponta Delgada is a port city, so you can expect to find a bustling waterfront worth exploring. Stroll the waterfront promenade, Avenida Infante Dom Henrique. If you start at the western end, you’ll see the 16th-century Forte de São Brás, a fortress still in use today by the Portuguese navy. It also houses the Military Museum of the Azores, should you want to spend some time learning about the region's military history. Continue walking and you'll eventually reach the famous (and photogenic) three arches of the original city gates, which date back to the 18th century.

Related: 11 things to see and do when you visit the Azores

Come morning, you may need a quick pick-me-up. Each of the Azorean islands has a special queijada (Portuguese milk and egg pastry). Those found on São Miguel, called queijadas da Vila, were created by nuns from St. Andrew’s Convent in Vila Franca do Campo. Adelino Morgado in Ponta Delgada began making the special queijadas in 1961. You’ll see their paper-wrapped pastries throughout the city, but for the freshest ones around, head to the factory shop and have one (or two) with tea or coffee to start your day.

A bit past the city gates is the marina, where dozens of companies offer three-hour whale and dolphin watching tours. The surrounding Atlantic waters teem with sea life, including various whale species. You can see dolphins and resident sperm whales year-round, while larger species like blue, fin and sei whales make an appearance in April and May. Arrive in October for a chance to see majestic humpback whales swimming in São Miguel's surrounding waters.

When you’ve gotten your fill of the water, head through the city gates and into Largo da Matriz, the main town square where the beautiful 16th-century landmark church and bell tower, Igreja de São Sebastião, reside. The square is extremely picturesque, with patterned stonework on the ground. Charming cafes and shops line all four sides of the square, as well as along the side streets leading into the square.

Sample goods at the farmers market

When hunger strikes, make your way to the covered Mercado da Graça, which sits right in the city center. Here, you’ll find stalls with vendors selling everything from tinned and fresh seafood to traditional liquors and spices. Pick up some locally made cheeses and regional staples — including the market's famous pineapples — to enjoy for lunch after stocking up on souvenirs and snacks for the rest of your trip.

Related: A guide to the food and wine of the Azores

About 10 minutes north of downtown Ponta Delgada, you'll discover the stunning Palácio de Sant’Ana. The bright red neoclassical building is the official residence of the region's president. Although the palace itself is not open to the public, the surrounding gardens are. You’ll see manicured lawns, a pond, towering trees, greenhouses and walkable paths as you explore. Try to also save time for a visit to the Jardim Botânico José de Canto, a separate botanical garden right next door.

This popular restaurant in the heart of the city is casual and tasty, serving many classic Azorean and Portuguese dishes, including petiscos, the Portuguese version of tapas. The eatery only uses ingredients sourced from the island to create dishes like breaded octopus rings with sweet-and-sour onion chutney, grilled pork sausage with pineapple and limpets, a local delicacy that's smothered in garlic butter. For dessert, look for anything with locally grown pineapple.

See the Chapel of the Holy Christ of Miracles

Any visit to Ponta Delgada should include a stop at one of the city's most well-known attractions: Nossa Senhora da Esperança Convent. The historic São Francisco Square site dates back to 1541. Inside, you'll find the gilded Chapel of the Holy Christ of Miracles, a pilgrimage site for many Azoreans. It is covered with 18th-century azulejo tiles, as well as lots of religious art, statues, jewels and more.

Named after its founder, a local naturalist and professor, the small Carlos Machado Museum occupies a former monastery from the 16th century. It features a hodgepodge of quirky finds, including antique toys, religious and period art and taxidermic animals. It makes for a perfect last stop before heading on to other parts of São Miguel or another island.