6 off-the-beaten-path places to see in Europe 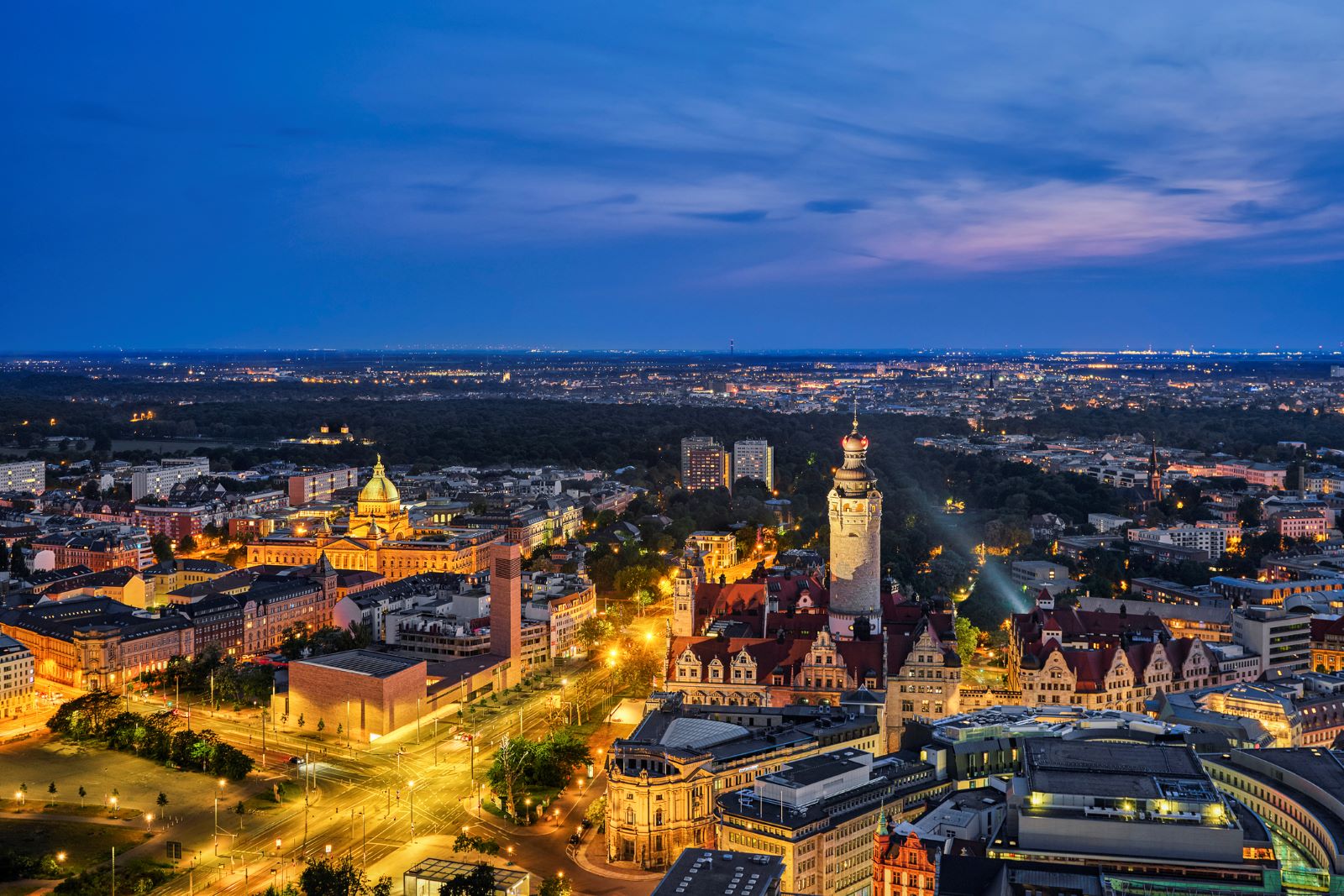 It’s getting easier to travel to Europe once again. In just the past few weeks we’ve seen the U.K., France, Italy and other nations remove testing requirements for vaccinated travelers.

The pent-up demand for travel along with the easing of travel restrictions could lead to a mass influx of travelers to some of the world’s most popular destinations such as London, Paris and Rome. If you want to avoid crowds when the masses return to Europe this year, check out one of these hidden gems that will take you off the beaten path.

If you’re planning a trip to Eastern Europe, take a break from the Adriatic Sea and head to the mountains. A hiker’s paradise, Durmitor National Park has plenty of trails for all skill levels. The Prutas – Skrka – Stit loop is more challenging than expected as you’ll navigate rocky terrain rising to Prutas peak. You’ll be rewarded with sweeping views of Bobotov Tuk, another peak to hike in the area, and the valleys below.

Remember to wear proper footwear as the weather conditions vary throughout the trail and it may be a slippery slope on the way down from the peak. For a more leisurely stroll among nature, go for a walk around Black Lake.

The only major airport in Montenegro is in its capital city Podgorica (TGD). Ryanair and Wizz Air have limited flights if you’re looking for a cheap cash fare within Europe. Otherwise, Star Alliance carriers Austrian Airlines and Turkish Airlines have the most connections. To avoid high fuel surcharges imposed by these carriers, look to redeem points or miles with Air Canada Aeroplan, Avianca LifeMiles or United MileagePlus if you’re booking an award ticket from North America.

From Podgorica Airport, it’s about a 2.5-hour drive to the town of Zabljak, which is where most people base themselves when visiting Durmitor. Another option is to fly into Dubrovnik, Croatia (DBV) and make a 3.5-hour drive to the park. A rental car or a private shuttle will be the best way to reach Durmitor as there isn’t a train or regular bus service.

The town of Ennis in County Clare is quintessential Ireland. There are plenty of traditional pubs where you can sidle up to the bar for a pint of stout or enjoy your favorite cocktail. Try Knox’s, which is the oldest pub in Ennis dating back to 1864. For live music, make sure to stop by Preacher’s Pub in the Temple Gate Hotel. Local musicians play every night in the high season and it’s sure to be great craic (Irish slang for fun).

Ennis is also surrounded by historical landmarks such as Clare Abbey, a medieval ruin founded in 1189, and the mystical landscape of The Burren (Gaelic for "stony place"). You just might think you’ve stepped onto another planet when you visit the alien-like terrain of Burren National Park.

The closest airport is in Shannon, Ireland (SNN), though service is limited when flying from the U.S. Aer Lingus flies nonstop to Shannon out of Boston (BOS) and New York (JFK), and has some pretty decent redemption rates starting from 13,000 Avios one-way in economy during off-peak travel dates. Both American Express Membership Rewards and Chase Ultimate Rewards transfer to Aer Lingus Avios at a 1:1 ratio.

Ennis is only a 20-minute drive from Shannon Airport and it’s recommended to rent a car to visit the surrounding area, but frequent bus service is available. If you fly into Dublin (DUB), it will take around four hours to reach Ennis by bus or 2.5 hours by car.\

A little over 100 miles southwest of Berlin, you’ll find Leipzig, Germany. Its most historical landmark is St. Thomas Church where famous composer Johann Sebastian Bach was the cantor between 1723 and 1750. The church was also where the Monday Demonstrations were held. The peaceful protests helped bring down the Berlin Wall. Today, Leipzig is one of Germany’s fastest growing cities. It has a hip urban center and is often called “the new Berlin.”

Related: 4 reasons you should visit Germany in the summer

Perhaps unsurprisingly, the Star Alliance is king at Leipzig/Halle Airport (LEJ). The largest airlines flying into Leipzig include Lufthansa, Austrian and Turkish Airlines, all of which have hefty fuel surcharges when booking award tickets with certain programs, such as ANA Mileage Club and Turkish Airlines Miles&Smiles.

A good redemption would be 63,000 Avianca LifeMiles one-way in business class (without fuel surcharges) if you’re able to find availability. You can transfer Amex, Chase or Capital One points to Avianca LifeMiles. There will be more options flying into Berlin (BER), where you can hop on a two-hour train down to Leipzig.

The Azores islands are starting to gain popularity, which is evident with new United flights flying nonstop from Newark to Ponta Delgada this summer. But if you want to experience the archipelago on a more remote island, hop over to Terceira instead. Visit Algar do Carvao, an incredibly beautiful dormant volcano, which has been overgrown with greenery that adds to the unique environment. There is also a “running of the bulls” event every week during the summer on the island of Terceira. Run at your own risk.

While you won’t find any major carriers flying between North America and Terceira, Portugal (TER), Azores Airlines does fly nonstop from New York (JFK), Boston (BOS), Toronto (YYZ) and Montreal (YUL). These are primarily seasonal flights during the summer. Otherwise, you’ll have to connect either in Ponta Delgada, Portugal (PDL) or on the mainland via Lisbon (LIS) or Porto (OPO).

While you’re usually better off booking a cash ticket, you can also use TAP Miles&Go miles to book a flight on Azores Airlines. Capital One Venture Rewards transfer to TAP at a 1:1 ratio.

Nestled in the surrounding Carpathian Mountains, Brasov is a city you don’t want to miss when visiting the Transylvania region of Romania. You may want to skip Bran Castle, which is 45 minutes by bus or 30 minutes by car south of Brasov. It’s marketed as “Dracula’s Castle” but is more of a tourist trap than anything. Instead, hike up to the Brasov sign. It’s kind of like hiking up to the Hollywood sign in L.A. but a more spectacular view, especially when the colors change in the fall.

Brasov is easiest to reach by a 3.5-hour train from Bucharest. If you’re able to route on LOT Polish Airlines to Bucharest, Romania (OTP), you could book round-trip business class flights for just 88,000 ANA Mileage Club miles without hefty fuel surcharges that some other airlines pass along. Otherwise, business class flights on Air France or KLM start from just 53,000 Flying Blue miles each way, though pricing is variable and will depend on travel dates.

Named for the river running through its entirety, the Correze department in France is a wonderful place to take in the French countryside. You’ll find peace among the dramatic gorges, lakes and forests. Outdoor enthusiasts can enjoy canoeing, mountain biking and even riding in a hot-air balloon. There are also many picturesque towns and villages to explore such as the medieval city Beulieu-sur-Dordogne, which breaks down to mean “beautiful place on the Dordogne River.”

The Brive-Dordogne Valley Airport (BDV) is around eight miles south of Brive-la-Gaillarde, which is the largest city in Correze. You can fly here on regional flights from Paris-Orly Airport (ORY), or take Ryanair from Porto, Portugal (OPO) or London-Stansted (STN). Otherwise, it’s about a five-hour drive from Paris or a three-hour drive from Bordeaux. There is also train service along the Tulle-Meymac line, but a car is recommended to explore all the area has to offer.

If flying into Paris Charles de Gaulle Airport (CDG), some of the best redemption opportunities include 50,000 Virgin Atlantic Flying Club points to fly Delta One business class one-way or 50,000 Etihad Guest Miles one-way to fly business class on nonstop American Airlines flights. There’s also the option to use Air France-KLM Flying Blue miles starting from 53,000 one-way in business class. You’ll be able to transfer points from any major transferable points currency to at least one of these airline loyalty programs.

If you’re looking to travel back to Europe this year, consider going beyond the major tourist cities and exploring an off-the-radar destination. It may take some extra effort to get to a more remote location, but you’ll be blessed with fewer crowds and a truly unique European vacation.

Featured image by (Photo courtesy of Harald Nachtmann /Getty)
Editorial disclaimer: Opinions expressed here are the author’s alone, not those of any bank, credit card issuer, airline or hotel chain, and have not been reviewed, approved or otherwise endorsed by any of these entities.