How to Redeem Amex Membership Rewards Points for Hotels

Articles
Ethan Steinberg has been a frequent flier for as long as he can remember. He went from studying abroad in Paris to moving to Shanghai after graduating college, where he covered all things travel in the Asia-Pacific region for TPG.
March 08, 2019
•
10 min read 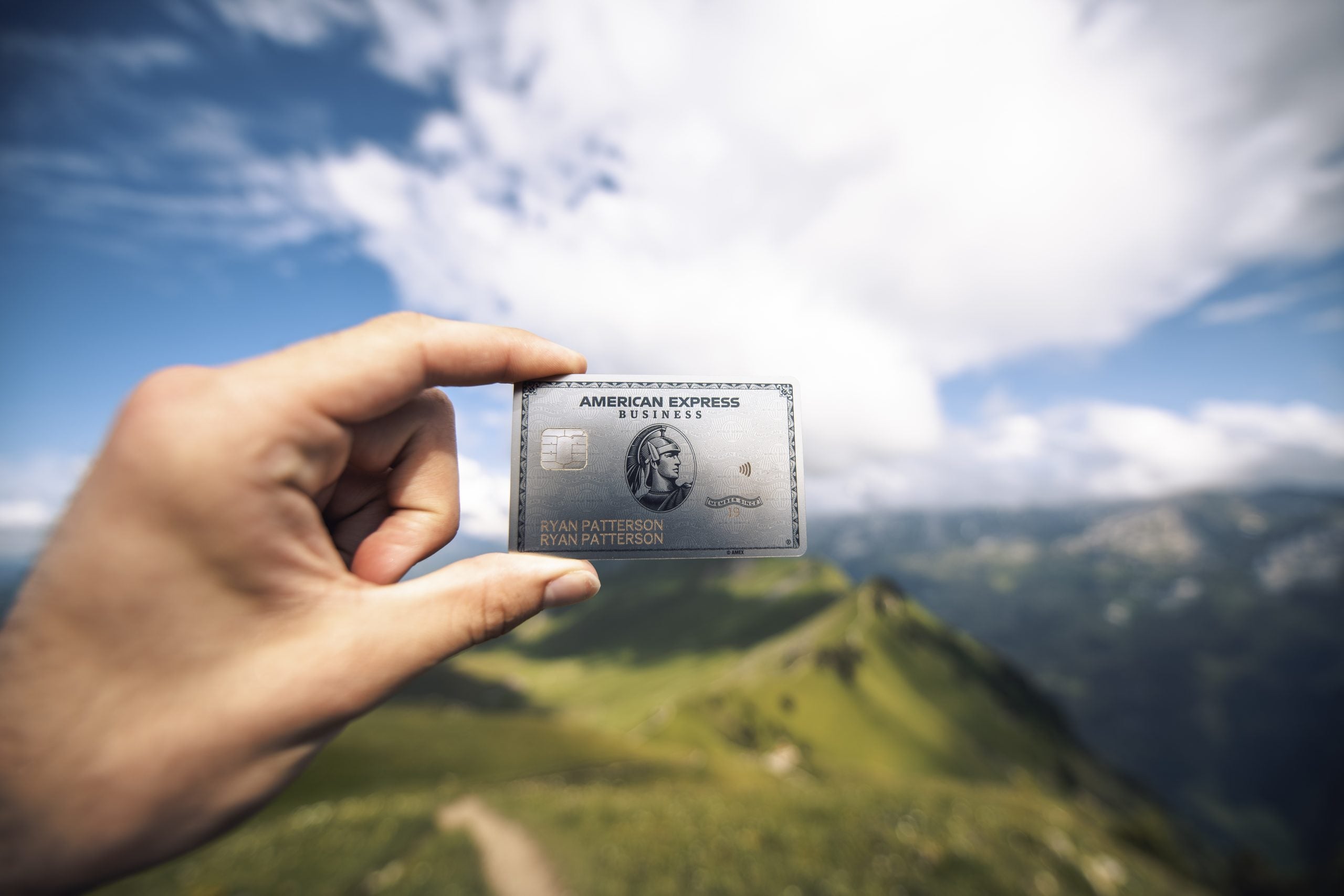 Thanks to fixed award charts and the inability to use your points for upgraded accommodations, you're pretty much always going to get the best "value" (on paper, at least) redeeming your transferable points for expensive premium cabin airplane tickets. There isn't really a hotel equivalent to booking a $20,000 Emirates first class award for free with point and miles — even if you combine points, elite status and upgrade certificates, you generally can't guarantee a weekend in a two-story presidential suite unless you're willing to pay cash for it.

At the same time, hotel redemptions can often offer a much better value in more qualitative ways. Even the world's longest flight only lasts about 19 hours, whereas on a long weekend vacation, you're likely to spend more time than that in your hotel. And while premium cabins keep getting more spacious and comfortable, nothing will ever compare to a real bed in your own private room.

Today we'll take a look at some of the best ways to redeem your American Express Membership Rewards points for hotel stays.

If you're low on Membership Rewards points, one of the fastest ways to top up your account is by taking advantage of a welcome bonus on a new Amex card. Some of the best current offers include:

Note that you can also leverage these cards across a variety of bonus categories to boost your earnings even further. For example, the personal Amex Platinum awards 5x points on airfare purchased directly with the airline, while the Gold card offers 4x points on dining at restaurants and on up to $25,000 in purchases per calendar year at U.S. supermarkets (then 1x). You can earn additional Membership Rewards points by paying close attention to Amex Offers on these cards as well.

So once you have Amex points, how can you redeem them for hotel stays? Here are your options.

Because most of Amex's hotel partners use inflated points currencies, you're likely to lose a lot of value on the transfer itself, even if you make a good redemption with your converted hotel points. For that reason, it might be worth starting your search with Amex Travel and considering redeeming your points at a fixed value. In most cases the redemption rates aren't spectacular (0.7-0.85 cents per point, a notable drop vs. TPG's valuations, which peg them at 2 cents apiece). However, this likely will still allow you to book hotels for fewer points than if you transferred to Hilton or Marriott.

One way to lock in a relatively higher value of 1 cent per point is to redeem for a hotel that's part of the Amex Fine Hotels & Resorts (FHR) program. In the example below, even though the Park Hyatt Chicago is more expensive than the Ritz Carlton Chicago, you can book it for fewer points because it's a member of FHR. You also should enjoy elite credits and benefits for FHR bookings, though some readers have reported that Marriott treats these reservations as third-party ones.

Given how valuable Amex Membership Rewards points can be, I would strongly suggest not redeeming them for less than one cent each except in the most extreme circumstances. You can always top up on hotel points quickly by signing up for one of our picks for best hotel credit cards.

While individual Hilton award nights often cost an exorbitant number of points, the fact that Membership Rewards transfer at a 2:1 ratio can be a saving grace. This means that for every 1,000 Amex points you transfer, you'll receive 2,000 Hilton Honors points. Also make sure to keep your eye out for the occasional transfer bonus which will help stretch your Membership Rewards points even farther.

TPG values Hilton points at 0.6 cents each, so even though you end up with twice as many points, you still lose a good amount of value when compared to the 2 cent valuation of Amex points). Also note that Hilton uses a variable award pricing system much like Delta, which means that you'll often see the same hotel selling for a certain price one night ...

And nearly twice as much the on a later date.

Hilton's top properties generally don't sell for more than 95,000 points a night when there are standard rooms available. This means you could book a night at the Conrad Maldives for only 47,500 Membership Rewards points (or even fewer if you utilize a transfer bonus.

Speaking of the Maldives, the new Waldorf Astoria in the island nation is now bookable for 120,000 Hilton points per night. Snagging a room that covers over 2,500 square feet for just 60,000 Amex points could be quite the value, especially with paid rates reaching well over $2,000 per night.

Since Membership Rewards transfer instantly to Hilton, you should be sure to double check both the award pricing and the cash rates on your specific dates before you transfer any points. Remember too that Hilton Honors elite members can get a fifth night free on award stays, and if you have the Amex Platinum, you're able to enjoy complimentary Gold status in the program.

While Marriott awards typically don't require as many points as Hilton awards, the 1:1 Amex transfer ratio really stings. You'll get the best value here on the low end of the award chart, specifically with Category 1 hotels which only cost 7,500 Marriott points per night. A good example would be the Courtyard Houston Hobby, which costs 7,500 points as opposed to $137 after taxes.

In this case you'd actually come out ahead transferring to Marriott as opposed to booking with Amex Travel, which would charge you 17,000 points on the same night.

The same isn't always true of higher end hotels, where you can leverage price fluctuations for cheaper bookings with Amex Travel. Take the JW Marriott Shanghai at Tomorrow Square, one of my all-time favorites. While this hotel costs 35,000 Marriott points a night, you can book it for as little as 27,000 Membership Rewards points when the price is right.

Or the W Shanghai, another stunning property, can be had for 20% off if you pay ~40,000 Membership Rewards points instead of transferring 50,000 points to book through Marriott.

However, in both of these cases, you're getting a mere 0.7 cents per point in value, roughly one-third of TPG's valuation of Membership Rewards points. In either one, I'd strongly encourage you to simply book directly and pay out of pocket, as there are plenty of other ways to make the most of your Amex points.

One final scenario where transferring Amex points directly to Marriott Bonvoy could make sense involves the program's now-introduced Category 8 pricing. For example, I see at least three nights in April 2019 where Al Maha Resort outside of Dubai has standard rates of over $3,700 per night. If you transferred 85,000 Amex points to Marriott, you'd get over 4 cents per point in value. Again, just be sure to consider your options before making the best selection.

Choice Privileges is a lesser known program compared to the other two on this list, but it too has some value if you know where to look. One great option is to use Choice points in European cities where both cash and award rates are typically expensive. For example, you can book a stay in Venice for only 16,000 points per night.

Keep in mind that Choice Hotels is not a luxury brand, and as such the cash rates at many of these properties are tantalizingly low. You might be better off using cash or using points from a fixed value credit card like the Barclaycard Arrival Plus World Elite Mastercard to pay for your stay. You can then save your Membership Rewards points for a different redemption entirely.

Using Membership Rewards points for hotel stays is rarely going to be an outstanding value. Whether it's a decent option or a complete waste of your hard-earned points depends on whether you're targeting luxury or affordable hotels and what program you use to book. In any case, make sure to compare the award costs for points transfer vs. booking directly with Amex Travel, and keep your eye out for transfer bonuses to lower your cost even more. You also may be better off paying for the stay outright and saving your Amex points for a future flight.

Featured image by (Photo courtesy of Ryan Patterson/The Points Guy)
Editorial disclaimer: Opinions expressed here are the author’s alone, not those of any bank, credit card issuer, airline or hotel chain, and have not been reviewed, approved or otherwise endorsed by any of these entities.