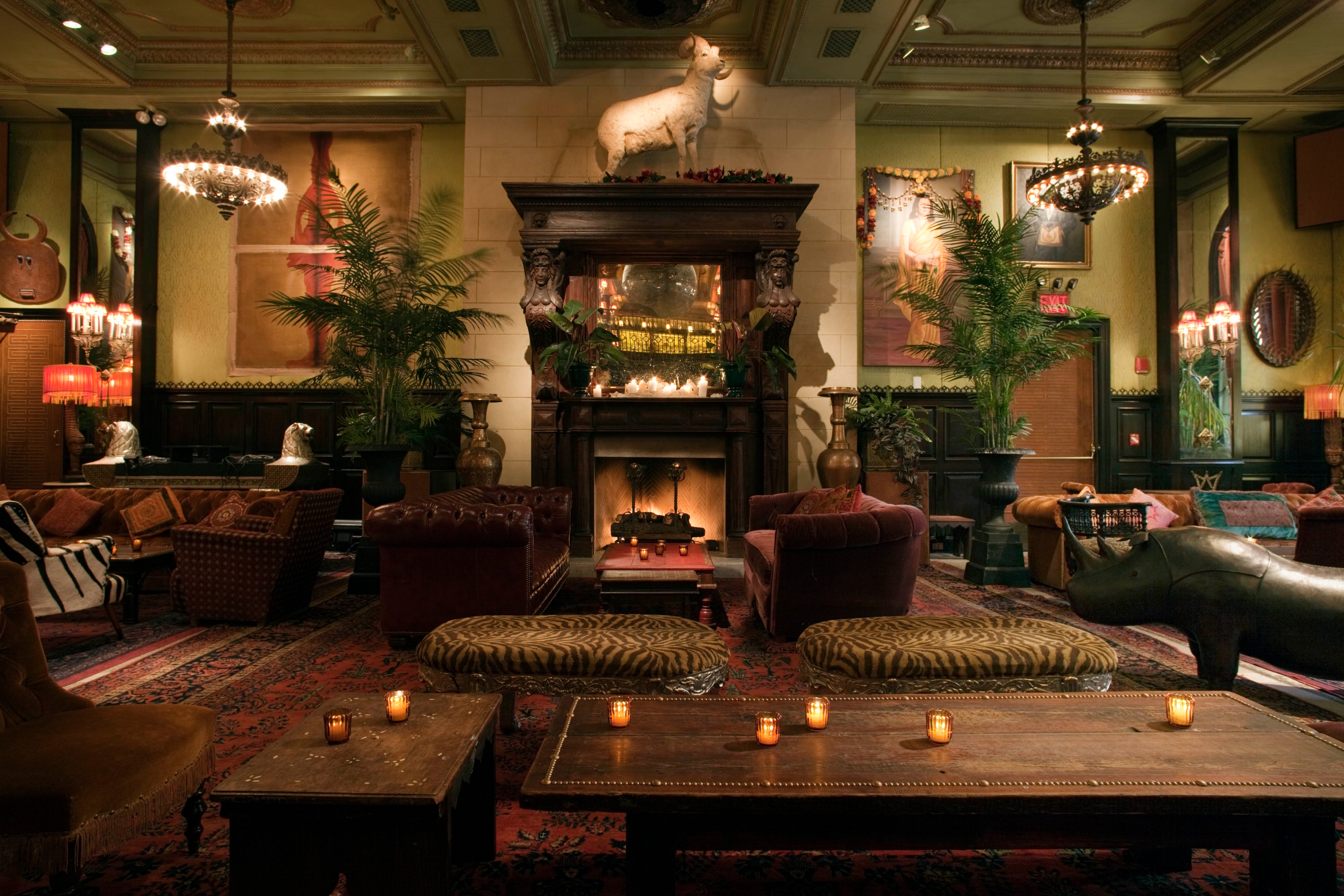 Winter Storm Harper is expected to pummel the Northeast this weekend, and with 74 airports already being covered by airline fee waivers, escaping the snow, ice and wind could prove difficult.

It's not all bad news though. Wintry weather is the perfect excuse to hibernate, and luckily, some of New York City's best hotels have roaring fireplaces you can cozy up next to with a mug of hot chocolate (or something stronger). Whether you want to make it a romantic weekend or invite along your friends, these are the hotel rooms and suites to book right now.

This swanky Tribeca hotel owned by Robert De Niro is the perfect place to settle in for a cozy staycation. Not one but all three of the penthouse suites have a fireplace, as does the so-called Fireplace Cozy Suite. When you get tired of lazing around your room, you can take a dip in the indoor pool or indulge in a treatment at the Shibui Spa. And with acclaimed chef Andrew Carmellini's restaurant, Locanda Verde, on the ground floor, you might never want to step foot outside. Plus, if you're a member of Leading Hotels of the World's Leaders Club, you can earn points for your stay.

Another member of Leading Hotels of the World, the Lowell Hotel is a discreet oasis on the Upper East Side. More residential in style, it exemplifies uptown chic. Dozens of rooms here feature wood-burning fireplaces, and there are menus from which guests can select scented woods. (Book the Fireplace Package, and you'll get your own Fireplace Butler. Yes, that's a thing.) It would be tempting to order room service, but fans of afternoon tea should head down to the newly renovated Pembroke Room to partake in mini lobster rolls, smoked salmon with caviar and freshly baked scones.

The place credited with launching the boutique hotel trend gives off the vibe of an upscale nightclub. After all, some rooms come with "disco tubs" lined with a mirrored mosaic tile backsplash. But as many as half of the Royalton's sleek, modern rooms and suites (starting with the Deluxe room category) have wood-burning fireplaces to keep you warm throughout the night — just make sure to specifically request one when you book. Hotel staff can even get the fire started for you at check-in.

The fireplace in the Penthouse Suite at the Gramercy Park Hotel is an original fixture of the architecture by Stanford White, the man who gave us the Washington Square Arch and the Players Club on the other side of the park. Snuggle up next to a roaring fire here, and you'll be getting cozy with New York history. Plus, if you do decide to go out in the snow, the hotel can give you a coveted key to Gramercy Park.

Room service by Wolfgang Puck, a private media room made for watching movies and a gas fireplace framed in stone to warm up by — yeah, a stay in the Four Seasons Downtown's Royal Suite sounds pretty, well, sweet. If you feel the need to venture out beyond the sprawling suite, which occupies half of the 24th floor, take a dip in the hotel's indoor lap pool.

Not one but two working fireplaces in the Rooftop Penthouse at the distinctly nautical Maritime Hotel make the property a great option for wintry New York City weekends. With one fireplace in the bedroom, you may find it's difficult to even get out of bed — but if you do, you can watch the snow fall from your porthole-style windows or from the suite's 1,500-square-foot terrace. Make it downstairs to the lobby, and you'll find yet another hearth: a 16th-century stone fireplace from France.

Just because you don't want to spring for a staycation, doesn't mean you have to remain at home, huddled around a space heater. Hotels all across the city have crackling fireplaces in their lobbies, restaurants and other public spaces.

The focal point of The Bowery Hotel's wood-paneled lobby, for example, is a gas fireplace. One of hotelier Sean MacPherson's earlier properties, the space feels like a cross between a Wes Anderson film set and an aristocratic English manor. Hotel guests get priority seating, but as long as you avoid peak times, you should be able to snag a seat by the toasty fire.

Welcoming fireplaces can also be found in lounges at The Ludlow and The Marlton, both part of MacPherson's boutique hotel (and fireplace) empire.

The Marlton has come a long way since its days as a Greenwich Village flophouse where Jack Kerouac and Lenny Bruce stayed. Over in the Lower East Side, the Ludlow channels 1980s New York with retro leather couches and oversize chandeliers. The limestone fireplace in the Lobby Lounge is the perfect place to grab a drink before dinner at Dirty French. Cozy up with a hot toddy? Don't mind if we do.

And if frolicking in the snow in Central Park has worked up your appetite, come inside and warm up by the fire in the Southgate Bar & Restaurant at the recently renovated JW Marriott Essex House. If you decide to check in for the night, rooms at this Category 7 property start at 60,000 points per night.

Related stories
Should you buy Marriott points with a 50% bonus?
5 secrets to getting a luxury cruise for less
Deal alert: Widespread Air Tahiti business class award space to French Polynesia
This no-annual-fee card earns 2% cash back on every purchase — and automatically applies your rewards
Featured image by Photo courtesy of the Royalton Hotel