The complete guide to London's parks and green spaces

Articles
Ben Smithson is a senior writer for TPG UK. Originally from Australia, he is the primary points and miles writer for the U.K. site.
Follow
Sept. 12, 2020
•
12 min read 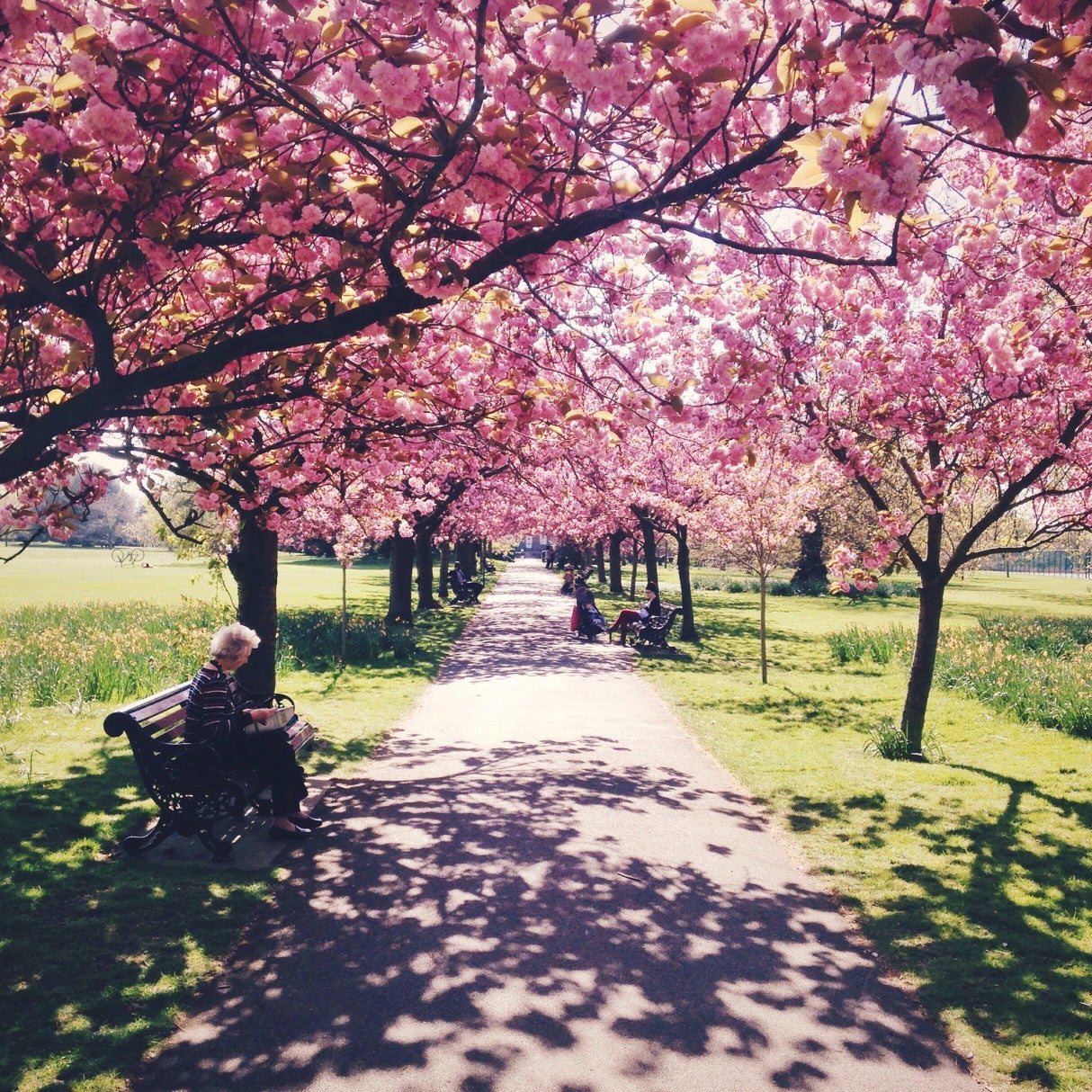 Like New York, London is a huge city full of endless things to do and see. And with that comes lots and lots (and lots) of people.

The city can sometimes feel a little overwhelming, especially for first-time visitors with its fast-paced hustle and bustle. Also, like New York, it's wonderful to "escape" the city by chilling out in a beautiful park or green space.

New York has its famous Central Park -- an enormous oasis of calm and tranquillity. London, on the other hand, doesn't have one single "green space" -- it has 3,000.

Did you know that while your London hotel room may not be large enough to swing a cat in, a whopping 40% of London is well-maintained green space for you to enjoy?

These range from those barely larger than a standard house block, through to vast Richmond Park, made up of almost 2,500 acres.

There's no one official "best" park in London you absolutely shouldn't miss. They're quite spread out, so where you are staying or visiting within London may dictate which you visit, as you may not want to travel for hours just to sit on some grass! Many of the most well-known ones are west of the city, though if you fire up Google Maps you're likely to see a green patch nearby, wherever you are in London.

Here's your guide to the different parks and green spaces you may come across on your visit to London as well as some dos (and don'ts) for your visit.

Entry to all of these parks is free.

Some of the largest and most well-known green spaces in London are the eight Royal Parks of London. These are former royal hunting grounds, which the general public can now enjoy.

Related: The Royal Treatment: 8 royal places to visit in London

First up, there's the largest Royal Park in London -- Richmond Park. This park is located a fair way southwest of the city and makes a great day trip from London, especially if the weather is pleasant.

This space is world-famous for being home to 600 wild deer. Keep an eye out for these majestic creatures, though don't get too close -- especially over summer -- when mother deer will fiercely protect their young. Richmond Park also has a wonderful view of St Paul's Cathedral from a vantage point on the western side of the park.

It's so big you could walk for miles within the park's many walking trails. Being so large, Richmond Park can be accessed from several train stations -- it's about a 20-minute walk from Richmond tube station (District line and London Overground). You can also take a Richmond train from Waterloo station and get off at Norbiton and then a 15-minute walk from the south edge of the park. Richmond Park is open from 7 a.m. in summer and 7:30 a.m. in winter, closing at dusk each day.

Related: These are the best times to visit London

Next up is the famous Hyde Park, the largest Royal Park considered to be located in "central" London and a favorite hunting ground of Henry VIII. Known as the city's "green lung," Hyde Park is home to the Diana Memorial Fountain -- a tribute to the late Princess Diana, affectionately known as the "People's Princess." If you'd like to learn more about Diana, follow the plaques for the marked seven-mile Princess of Wales Memorial Walk around the park.

For a "Wind in the Willows" experience, you can hire a rowboat on the 40-acre Serpentine lake during summer. This costs $15 per hour for adults, $6 per hour for children and is available 10 a.m. until 8 p.m. during summer. To really cool off, there's also the Serpentine pool where you can swim during the summer. The cost is $6 for adults, $2 for children and is open 10 a.m. until 5:30 p.m. daily.

Then there's Speakers' Corner, billed as "the most famous location in the world for free speech" where the likes of George Orwell, Karl Marx and Winston Churchill have spoken.

Hyde Park is also home to major events at various stages throughout the year. In summer you'll find the British Summer Time live concert series, featuring performances by some of the world's biggest music artists such as Stevie Wonder and Phil Collins.

Come Christmas there's Winter Wonderland -- the U.K.'s version of a classic European Christmas market. This one certainly doesn't have the same magic of a quaint little town in rural Germany, as tens of thousands of visitors pour into the site every day of the festive season. If you do want a real Christmas market, this may be many more people and a lot less authentic than you're expecting.

The birthplace of Queen Victoria, and home to Kensington Palace, Kensington Gardens boasts beautiful marble fountains, and the Princess Diana Memorial playground, which is a great stop if you're traveling with children -- they can blow off some steam here on the big wooden pirate ship. Kensington Gardens was once a part of nearby Hyde Park, though is now its own space with a mix of new and old attractions.

If you're a big kid at heart, there's also a bronze statue of Peter Pan -- the creator of this much-loved fictional character, novelist JM Barrie, lived nearby and commissioned the recently refurbished statue more than 100 years ago.

Kensington Gardens is open from 6 a.m. until dusk each day. You can get there from the nearest tube stations of High Street Kensington (Circle and District lines), Lancaster Gate (Central line) and Bayswater (District line).

Named after the Prince Regent (King George IV), this regal space has hundreds of acres of formal gardens to admire, as well as some 12,000 roses in the Queen Mary's Gardens. For kids more interested in playing than roses, there are four playgrounds and central London's largest outdoor sports area.

Try and spot the park's local hedgehog population. The park is also home to London Zoo -- the world's oldest scientific zoo, opened in 1828. It's home to penguins, lions, flamingos, camels, hippos and much more.

Regent's Park is open from 5 a.m. until around dusk each day. There are plenty of tube stations within walking distance from the park, including Regent's Park (Bakerloo line), Great Portland Street (Hammersmith & City, Circle & Metropolitan lines) and St John's Wood (Jubilee line).

Related: 5 easy day trips you can take from London

Much smaller than the Royal Parks, there are also numerous smaller spaces that were originally reserved for residents of nearby buildings though are now open to the public. Check for any entry restrictions on the gates as you enter to ensure they are open to the public or are still for private residents.

If the gates are wide-open, chances are you will be welcome.

These smaller spaces can be ideal to stop and catch your breath as you travel around London, take a phone call or eat the lunch you grabbed on the go. They may not enough grass to kick a football in, but they will likely have a nice quiet bench underneath a shady tree.

You will often see office workers out enjoying these space on their lunch breaks.

Council parks and other green spaces

Some of the biggest and best "nonroyal" spaces in London are owned and maintained by local councils, through local resident council taxes.

These include picture-perfect Victoria Park, which is a wonderful space to enjoy, should you find yourself northeast of the city, rather than in the west where you will find the Royal Parks. Victoria Park maintains a lovely village feeling, especially around the Grove Road north entrance. If you're visiting on a Sunday, the nearby Hemmingway pub does a lovely Sunday roast.

There's also popular Hampstead Heath in the northwest, one of the city's most-loved green spaces, which boasts great views. There are swimming ponds to cool off during summer and plenty of space to stretch out.

It might seem odd to visit London and spend your time in a park, given there are parks and green spaces right across the world. I did not appreciate how valuable proximity to green spaces would be until I had been in London for several months.

When it is a nice day, these spaces really come alive, as people from all walks of life enjoy them peacefully together. The novelty of walking barefoot across the grass and grabbing a cheeky nap in the sunshine after a lovely picnic lunch is one of my favorite things to do on a nice day.

There's no single "best space," but if you're visiting London and want to relax I highly recommend enjoying a green space or two.

Our points-obsessed staff uses a plethora of credit cards on a daily basis. If anyone on our team wouldn’t recommend it to a friend or a family member, we wouldn’t recommend it on The Points Guy either. Our opinions are our own, and have not been reviewed, approved, or endorsed by our advertising partners.
See all best card offers
Related stories
News
Hilarious all-new secret password will unlock bonus treats at Kimpton hotels this holiday season
Deals
Round-trip flights to Alaska starting at $157
Guide
5 apps to help you beat jet lag
Guide
How to check your business credit score