How to visit Halifax, Nova Scotia, on points and miles 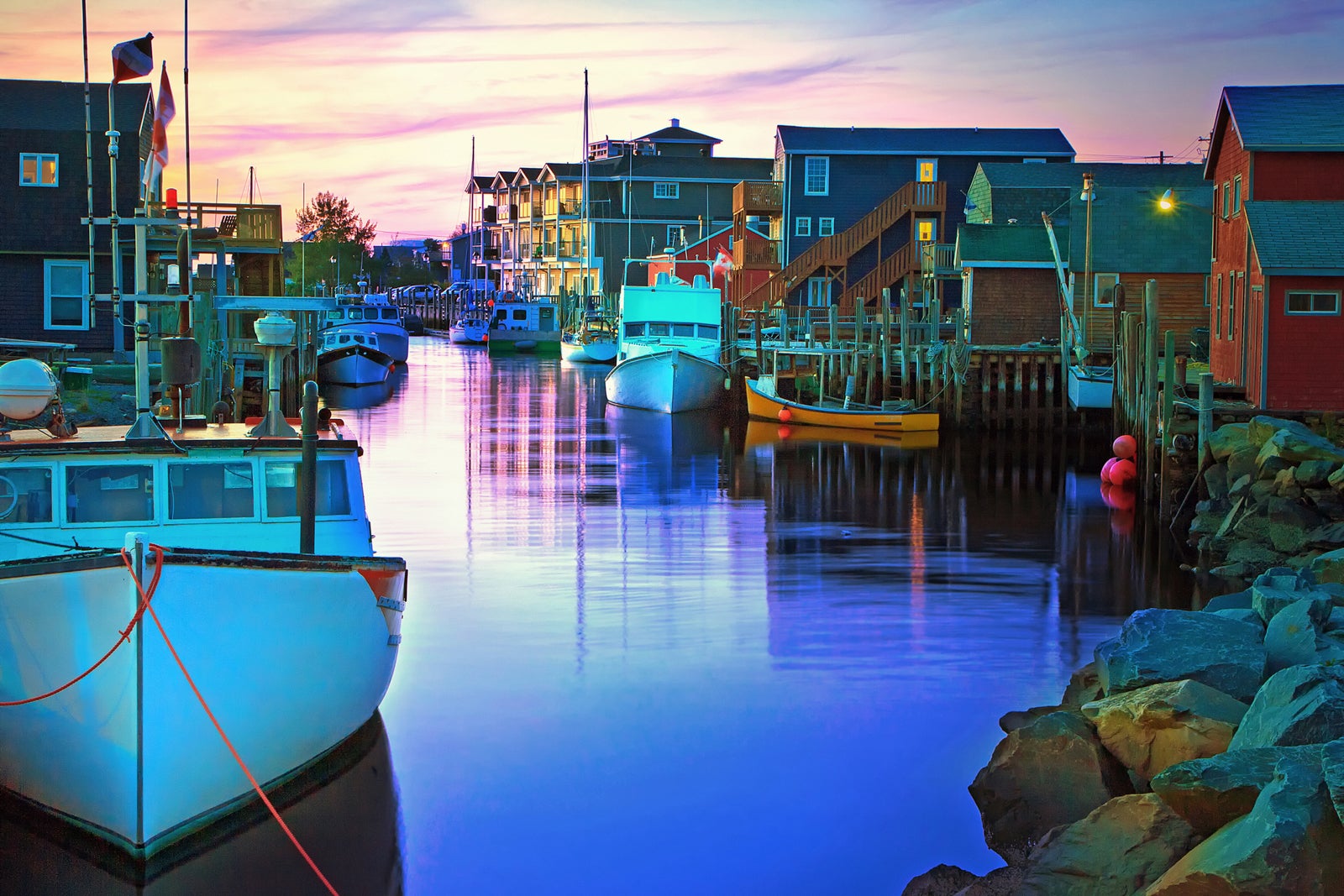 This story has been updated.

Halifax is the getaway you didn’t know you needed. Nestled on the south side of the peninsula province of Nova Scotia, Canada, it offers beautiful scenery, live Celtic music, an impressive array of maritime museums and wonderful food. And Haligonians (which is what residents call themselves) will welcome you with open arms.

How to get to Halifax

This waterfront city is a quick hop from eastern seaboard cities like Boston, New York, and Philadelphia in summer, but you can get there from virtually anywhere. Canadian airlines WestJet and Air Canada have regular flights, and U.S.-based American, Delta and United connect to Halifax Stanfield International Airport (YHZ) from as far south as Ft. Lauderdale, Florida.

From Orlando, you can fly to Halifax on WestJet with WestJet dollars, the airline's rewards currency. Air Canada operates out of Boston year-round and can be booked starting with 25,000 miles.

Delta flies from New York LaGuardia (LGA) to Halifax only in summer.. Flights start at 24,500 miles plus $60 in fees.

United also operates from LGA in the summer, starting at 25,000 miles plus $6 in fees.

American Airlines will take you from Philadelphia (PHL) to YHZ daily in summer, starting at 52,000 miles plus $56 in fees.

By staying near town, you can easily walk the city from the harbor to the public gardens and everywhere in between. For points collectors, there are lots of choices for lodging, including the Halifax Marriott Harborfront, Courtyard by Marriott Halifax Downtown, Westin Nova Scotian, and Four Points by Sheraton Halifax in the Marriott family. Redemptions start at 25,000-35,000 points, and you can easily build your stash by transferring from American Express or Chase.

If you're a Hilton loyalist, the Hampton Inn is available from just 24,000 points. You can increase your balance by transferring American Express MR, though we wouldn't generally recommend it as it isn't a great value.

Last but not least, IHG also has a presence in Halifax with several Holiday Inn hotels, like the Holiday Inn Express & Suites: Halifax – Dartmouth. The hotel costs 20,000 points a night and you can transfer in Chase UR at a 1:1 ratio.

Peggy's Cove is a wild and beautiful spot about 30 minutes from Halifax. The reason it’s called Peggy’s Cove is murky but no matter the origin, it’s breathtaking. The lighthouse perched on top of gray rocks is arguably one of the most photographed and visited sites in all of Canada, and the myriad of gift shops and things to see in the area makes this a can’t-miss stop.

Check out the Swissair Flight 111 memorial

Not far from Peggy’s Cove is a memorial to Swissair Flight 111, which crashed into the Atlantic Ocean about five miles from shore in 1998. All 229 people on board perished. A monument to the victims is at the hauntingly gorgeous Swissair Memorial Site in Bayswater, along the south shore of Nova Scotia.

Halifax Citadel National Historic Site of Canada is a concrete star fort, completed in 1856. In July 2006, Halifax Citadel celebrated the 100th anniversary of the withdrawal of the last British military forces from Canada, hosting over 1,000 re-enactors from around the world. Leading up to Christmas, Citadel Hill hosts a Victorian Christmas, with crafts, carolers and games.

The Maritime Museum of the Atlantic is definitely worth a stop. Kids will love the interactive Discovery Center. The Canadian Museum of Immigration at Pier 21 teaches that between 1928 and 1971, one million immigrants passed through the pier and became Canadians. Pier 21 is often referred to as the Ellis Island of Canada and was named a National Historic Site of Canada and the country's National Museum of Immigration. Visitors can wander the halls that once led immigrants to a new life and learn the stories of some of the million who passed through.

The Halifax Mooseheads, an ice hockey club in the Quebec Major Junior Hockey League (QMJHL), was founded in 1994 and plays at the Scotiabank Centre. The players range in age from 17 into their 20s, and it’s hockey at its purest and finest. Tickets start at $8 for kids 12 and under, and $19 for adults. The games feature some of Canada's best young players and between the periods, there is entertainment like a teddy-bear toss.

In 1818, the building that is now the Five Fisherman restaurant was established as a local school. It would become the first school in Canada to offer a free education, in fact, and for this reason the building was named a First National School and is a protected heritage site.

When the school moved to another location, Anna Leonowens, took over. Anna opened the building as the Halifax Victorian School of Art, but that’s not the interesting part. Anna was the subject of the musical and movie “The King and I,” based on her book, "Anna and the King of Siam," about her experience as the governess to the children of the King of Siam.

After the art school moved to a new location and became the Nova Scotia College of Art and Design, it became the John Snow & Co. funeral home, which was ground zero for many grieving families after two disasters that rocked Halifax: the sinking of the Titanic in 1912 and the Halifax Explosion in 1917.

Later, the building became a restaurant and the Five Fisherman has been a mainstay in Halifax for many years. It's known for its continental menu and its paranormal activity. That’s right. If you want a side of restless ghosts with your dinner, this is the place to go.

Is it haunted? We don’t know. But it has a fascinating history.

Sneak in a little shopping

The Halifax Shopping Centre and MicMac Mall offer all the new goods you need, and second-hand lovers can hit high-end consignment stores like Brilliant and Room 152 or one of the adorable shops along Vintage Row. Don’t miss Jennifer’s of Nova Scotia for knick-knacks and a tourist T-shirt. Along the way, look for opportunities to buy fresh wild blueberry maple syrup.

Amos Pewter, established in 1974, creates spectacular art pieces from hot molten powder. For a free guided tour, call ahead for reservations and you can watch as they carefully ladle the pewter from the melting pot and capture it in a spinning mold to cast unique shapes. Once removed from the mold, each piece is hand-finished. Once you have completed your tour, you may opt to finish and personalize your own pewter sand dollar.

Halifax has one of the highest numbers of bars per capita in Canada. Lively Argyle Street may remind you of Sixth Street in Austin, Texas, with a whole lot of college students living nearby. Halifax also offers a wide variety of craft breweries like Propeller and Garrison, along with new entrants to the area -- Chainlink Cidery, Good Robot brewing and Nine Locks. If you’d prefer wine, there are wineries about an hour outside Halifax.

Looking for a place to go that has natural beauty, four vibrant seasons and a rich history? Visit Halifax. Its quiet elegance will draw you in for a big hug while you walk the fascinating streets.