How to Travel With E-Cigs

Articles
Max Prosperi is a part-time frequent flyer and travel writer and full-time student. Based in St. Louis, Missouri, Max covers a variety of topics with a focus on points, miles, and aviation.
Follow
May 05, 2019
•
7 min read 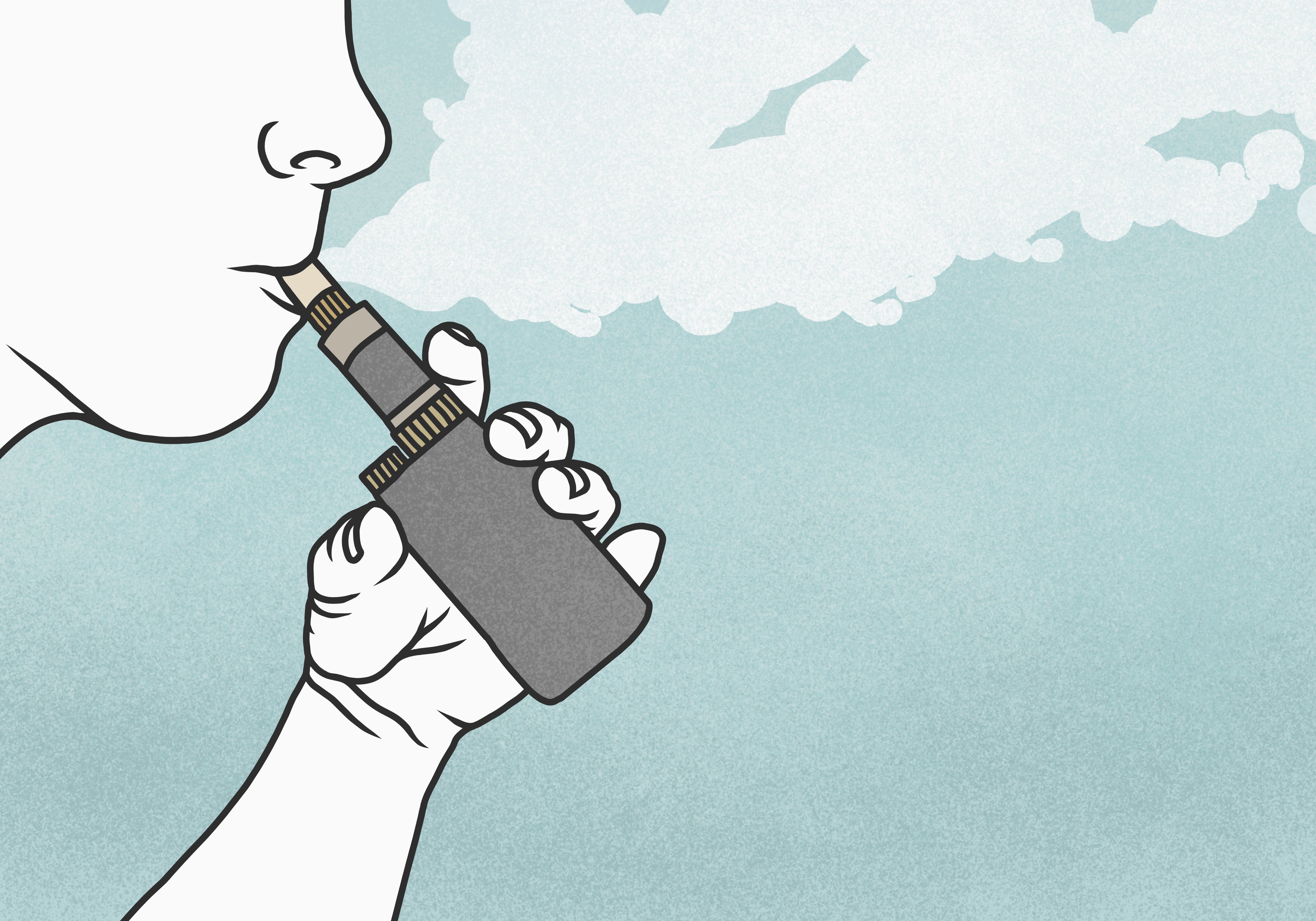 It is estimated that more than 10 million Americans use electronic cigarettes, otherwise known as e-cigarettes or e-cigs. Touted as a safer alternative to traditional cigarettes, smokers have made the switch to e-cigs en masse.

While cigarettes have always been permitted in both checked luggage and carry-on bags, e-cigs, which run on a rechargeable lithium-ion battery and are filled with a flammable liquid, are different. Lithium batteries have posed a serious problems for airlines in the past, and although the FAA doesn’t require it, most carriers have banned them from checked luggage.

Currently, the US domestic airlines listed below allow e-cigs to be brought on board the aircraft but do not allow them in checked luggage. Additional airline notes are as follows:

Here's your definitive guide to traveling with an e-cigarette.

What Is an e-cig?

An e-cig is a battery-operated device designed to simulate smoking a cigarette. Most e-cigs vaporize a nicotine-based liquid or 'juice', as opposed to traditional cigarettes, which heat a tobacco product via flame.

Vape pens can also be used as e-cigs.

Can You Travel With E-Cigs?

In short, yes, you can travel with an e-cig. While e-cigs have become synonymous with in-flight fires, like in the case of an American Airlines flight from Las Vegas to Chicago and a Hawaiian Airlines flight from Honolulu to Kahului, airlines have yet to ban the devices outright. However, there are restrictions in place to prevent onboard fires or explosions as a result of e-cigs and vape pens.

Can You Pack E-Cigs in Checked Luggage?

No, you cannot check any variation of an e-cig or vape pen in checked luggage. An FAA ban on e-cigs in checked luggage went into effect in 2016 following reports of small fires in cargo holds of commercial aircraft.

As mentioned, most e-cigs run on lithium-ion batteries. These batteries are also found in our cellphones and tablets, however, when used with e-cigs, many of these batteries are of lesser quality and less stable than those found in consumer electronics like an iPhone. In the event an e-cig begins to heat up, the battery could ignite. The flame from the battery fire could also ignite the flammable e-liquid inside. If a battery overheats and explodes in an aircraft’s cargo hold, the plane’s fire suppression system may not be strong enough to extinguish the fire.

Can You Pack E-Liquids or E-Juice in Checked Luggage?

Yes, you can check e-liquids. The TSA has not implemented any restrictions on transporting the liquids used in e-cigs in checked bags. Although any explosive or highly flammable liquid that could easily combust is not allowed in checked luggage, nor are they allowed in carry-on bags, nearly all e-liquids are exempt from the explosive goods category.

Can You Pack Spare E-Cig Batteries in Checked Luggage?

Can You Pack an E-Cig in a Carry-On Bag?

Yes, travelers who bring along e-cigs in their carry-on bag or personal item should not have any issues bringing the device through airport security.

What is not allowed is the use of these devices once onboard the aircraft. This includes charging e-cigs. If a flight attendant or crew member catches a passenger using an e-cig, that passenger is subject to the same laws that cover smoking cigarettes on board.

If you plan on traveling with an e-cig, it is best to bring along a case or place the device in a clear plastic bag. Larger e-cigs, atomizers, or vaporizers might look suspicious to TSA screening officers. Easy access to your device will cut down on the screening process and avoid any confusion at security checkpoints. Additionally, make sure that you have removed e-liquids from the device.

Can You Pack E-Liquids or E-Juices in a Carry-On Bag?

Yes, but all e-liquids and e-juices are subject to the same liquid restrictions as toiletries, such as shampoos and bottled water. The TSA permits travelers to bring a 1-quart sized resealable bag in carry-on luggage. Additionally, any liquids, aerosols, or gels placed into that 1-quart sized bag must be smaller than 3.4 ounces (100 mL). It's important to note that the amount in the container has nothing to do with the 3.4 oz restriction. All containers must be 3.4 ounces or less.

If you are unable to remove all e-liquids from your device before traveling, you may pack the device in a 1-quart resealable bag assuming the device has a maximum capacity of 3.4 ounces or less. If you use an e-cig that utilizes interchangeable pods, like JUUL, those pods must be placed in the same 1-quart bag alongside your shampoo, conditioner, toothpaste, etc.

Can You Pack Extra Batteries in a Carry-On Bag?

Yes, spare batteries are allowed in carry-on bags, however, airlines require that these batteries be packed in such a way that shortages and thermal events are prevented. To prevent having spare batteries confiscated from your carry-on luggage, it is recommended that you only travel with one (or at the most, two) small external battery. For reference on what is considered small, spare e-cig batteries should not be larger than batteries used in digital cameras or cellphones. Though this is not a published restriction, it is highly recommended for your safety as well as the safety of those around you that you do not pack an excessive number of spare batteries.

While most countries adhere to similar restrictions as noted above, all travelers should check the restrictions and regulations of their destination country. Some countries, like the US, allow approved e-cigs to be transported onboard aircraft while other countries have outright banned e-cigarettes and similar devices. For example, countries such as Panama, the UAE, Brazil, and Argentina have banned the importation, sale and use of e-cigs altogether. Though travelers won't have an issue departing North American countries with the devices, travelers might find themselves forced to dispose of the device upon arrival or face a hefty fine.

Related stories
Chasing elite status on Alaska Airlines? A flight to California this fall could help
Flights to Auckland starting under $700 round-trip
The ultimate guide to earning elite status with United cards
American Airlines forgot it had landing slots at JFK. Then it lost some of them
Featured image by Getty Images/fStop