Is smoking allowed on cruise ships? A line-by-line guide

Articles
Erica Silverstein is a travel editor for TPG, with a focus on cruise travel. A longtime editor at Cruise Critic, Erica has also written for The Washington Post, Fodor’s and Let’s Go travel guides, and numerous print and online cruise publications.
Dec. 29, 2021
•
10 min read 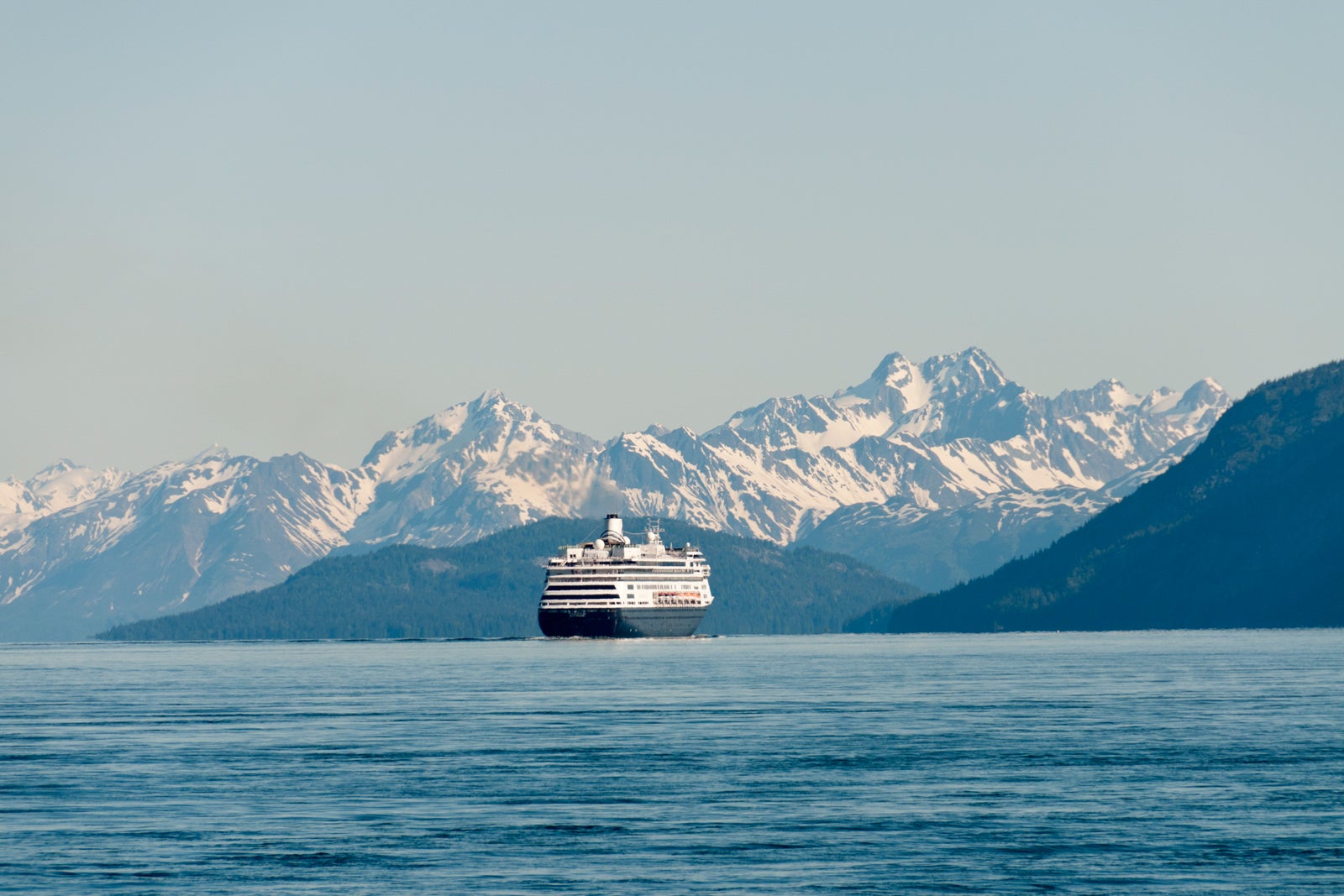 Cruise ship smoking policies vary by cruise line, but typically smoking is not allowed, except in a few designated onboard areas.

Can you smoke in cruise ship restaurants? No. What about cruise ship cabins? Never, unless you are vaping — and only a handful of ships permit that. Are you allowed to smoke on cruise ship balconies? Definitely not; it’s a fire hazard. (The exception is Costa Cruises, which does allow smoking on outdoor balconies.) Can you light up on deck? Typically yes, but only in designated areas.

If kicking back with a cigar and a glass of Scotch is your idea of vacation, look for ships with dedicated cigar lounges. Just don’t plan to get high on the high seas: You are not allowed to smoke marijuana on a cruise ship, even if you have a medical marijuana card or are departing from a state where recreational use is legal.

What happens if you get caught smoking on a cruise? Most ships charge a $250 cleaning fee and reserve the right to take further action (including disembarkation). On Carnival Cruise Line, each violation is subject to a $500 fine, and you could also get banned from ever sailing Carnival again.

Read our line-by-line guide to cruise line smoking policies to learn where you can — and cannot — smoke on cruise ships.

Smoking is only permitted on the port side forward area of the pool deck on Azamara cruise ships. All other indoor and outdoor venues are nonsmoking. Smoking rules also apply to electronic cigarettes.

Acceptable smoking locations vary by Carnival Cruise Line ship, but include specific outside deck areas, as well as certain sections of the casinos when the person is playing. Smoking is not permitted in cabins and suites, including on room balconies.

Smoking is only allowed in designated outdoor areas on Celebrity Cruises ships. Smoking areas vary by ship, but may include specific sections of outside promenade and sun decks and a corner of the Mast Bar or Sunset Bar.

Related: The ultimate guide to Celebrity Cruises ships and itineraries

On Costa Cruises, smoking is allowed in outdoor smoking areas and on private balconies (this is, perhaps, the only cruise line to allow this); indoors, it’s only permitted in dedicated cigar lounges. Electronic cigarette use is permitted indoors only in cabins and cigar lounges.

Smoking is mainly allowed outdoors in designated areas of the upper decks, pool area and promenade decks on Crystal Cruises ocean and river ships. In addition, cigarette, cigar and pipe smoking are only permitted indoors in the Connoisseur Club (found on Crystal Endeavor, Crystal Mozart, Crystal Serenity and Crystal Symphony) and in the VIP Casino (when playing and if requested) on Crystal Serenity and Symphony.

Cunard Line prohibits smoking indoors, except in the Churchill’s Cigar Lounge (which is exclusive to cigar and pipe smokers). Cigarette smoking (as well as e-cigarettes and vaping) is only permitted in designated areas of the outdoor decks and is not allowed in outdoor dining venues or on cabin balconies.

Smokers can light up only in select onboard locations on Disney Cruise Line ships. On Disney Magic and Disney Wonder, smoking areas include Deck 9 (forward, port side) and Deck 4 (starboard) outdoor areas (and only on this deck from 6 p.m. to 6 a.m.). On Disney Dream and Disney Fantasy, smoking is permitted on Deck 4 (port side, aft) but only from 6 p.m. to 6 a.m., the Deck 12 outdoor area by the Meridian Lounge (port side, aft) and Deck 13 near the Currents Bar (port side, forward).

Most indoor areas of Holland America ships are non-smoking, as are cabin verandas. Smoking areas vary by ship, but may include the Sea View Bar area on all ships, Noordam’s Oak Room and the Sports Deck by the Crow’s Nest on Volendam and Zaandam. On select ships and on designated evenings, players at the casino usually are allowed to smoke, but this is temporarily prohibited due to COVID-19.

On MSC Cruises’ ships, smoking areas are designated by signs and the presence of ashtrays. Smoking (including e-cigarettes) is never allowed in cabins and on cabin balconies. On U.S.-based ships, passengers can smoke in a limited number of outdoor areas, always on the starboard side. While MSC Seashore does not have any indoor smoking areas, MSC Meraviglia and MSC Divina each have a smoking/cigar room inside.

Norwegian Cruise Line allows smoking in select indoor and outdoor locations. Indoors, smoking is permitted in the casino by active players; select ships have a dedicated smoking room within the larger casino. Passengers may smoke cigars — but not cigarettes or pipes — in the cigar lounges found on select ships. Norwegian Encore has a smoking room on Deck 8.

Outdoors, smoking is permitted in The Haven Sun Deck forward (on the line's Breakaway and Breakaway Plus classes) and in the private garden and sun decks of Garden Villas. For everyone else, dedicated smoking areas are located on select outdoor decks (these vary by ship) and on the starboard side of Spice H2O. Passengers are not allowed to smoke outdoors near food venues, children’s areas, Vibe and Posh Beach Clubs and outdoor sports areas.

Smoking is only permitted in Oceania Cruises’ designated smoking areas, which include the forward, starboard section of the pool deck and the aft, port corner of Horizons observation lounge. Cigars and pipes may not be used in indoor smoking areas.

Ponant Cruises does not permit smoking in any indoor venues. Passengers can light up in designated outdoor areas.

On Princess Cruises ships, passengers can smoke only in designated areas, which include cigar lounges, certain corners of the nightclub, and the smoking section of certain outside decks. The casino is mostly a non-smoking area, but smoking is usually allowed while playing specific slot machines – except on non-smoking nights. (Currently, smoking is never allowed in cruise ship casinos due to COVID-19.) All smoking, including vaping and e-cigarette use, is prohibited in cabins and balconies.

Related: The ultimate guide to Princess Cruises ships and itineraries

Smoking is allowed in designated areas of the pool deck and in the Connoisseur Club on Regent Seven Seas Cruises ships. Smoking is permitted in one outdoor area of the Horizon Lounge on Seven Seas Mariner and Seven Seas Voyager and of Galileo’s on Seven Seas Navigator. Cigars and pipes may not be allowed in all smoking areas.

Royal Caribbean allows cigarette, electronic cigarette, cigar and pipe smoking in specific outdoor areas. Look for signs and ashtrays. The Casino Royale is typically a smoking venue, with only a small non-smoking section. (However, cruises from China and Hong Kong lack the non-smoking section, while cruises from Australia and the U.K. do not allow smoking in the casino at all.)

On Scenic Eclipse and Scenic’s river ships, smoking is not permitted indoors. An outdoor smoking area is provided for smokers on all vessels.

Indoor smoking is banned on SeaDream Yacht Club ships. Designated smoking areas for cigarettes, cigars and e-cigarettes can be found on outside decks.

Silversea Cruises guests may smoke cigarettes, cigars, pipes and electronic cigarettes in the Connoisseur’s Corner cigar lounge. Outdoor smoking areas include the seating areas outside the Panorama Lounge and Pool Bar and select sections of open decks (these vary by ship).

Designated smoking areas can be found onboard on the Sun Deck and in the Tropical Bar. Smoking is not permitted indoors or on the aft deck.

Vaping and smoking are allowed in special smoking areas found on the outside aft deck. There are no indoor smoking venues on UnCruise Adventures ships.

Viking’s ocean and river vessels are mainly nonsmoking. Both have dedicated outdoor smoking sections, which are the only places guests can smoke cigarettes or e-cigarettes on board.

Virgin Voyages might be hip, but you still can’t vape or smoke marijuana in your cabin or private balcony. Designated smoking areas are provided throughout the ship, with one on Deck 16 outside and another within the casino.

Smoking and vaping are only permitted in designated smoking areas found on the outside decks of Windstar Cruises ships.