I've visited every Disney park. Here's the best of the best

Articles
Dia Adams contributes to TPG Family, writes The Deal Mommy, and is the mom of a teen and a tween. Her passion lies in teaching families how to travel more while keeping their savings and sanity.
Follow
Dec. 08, 2019
•
9 min read 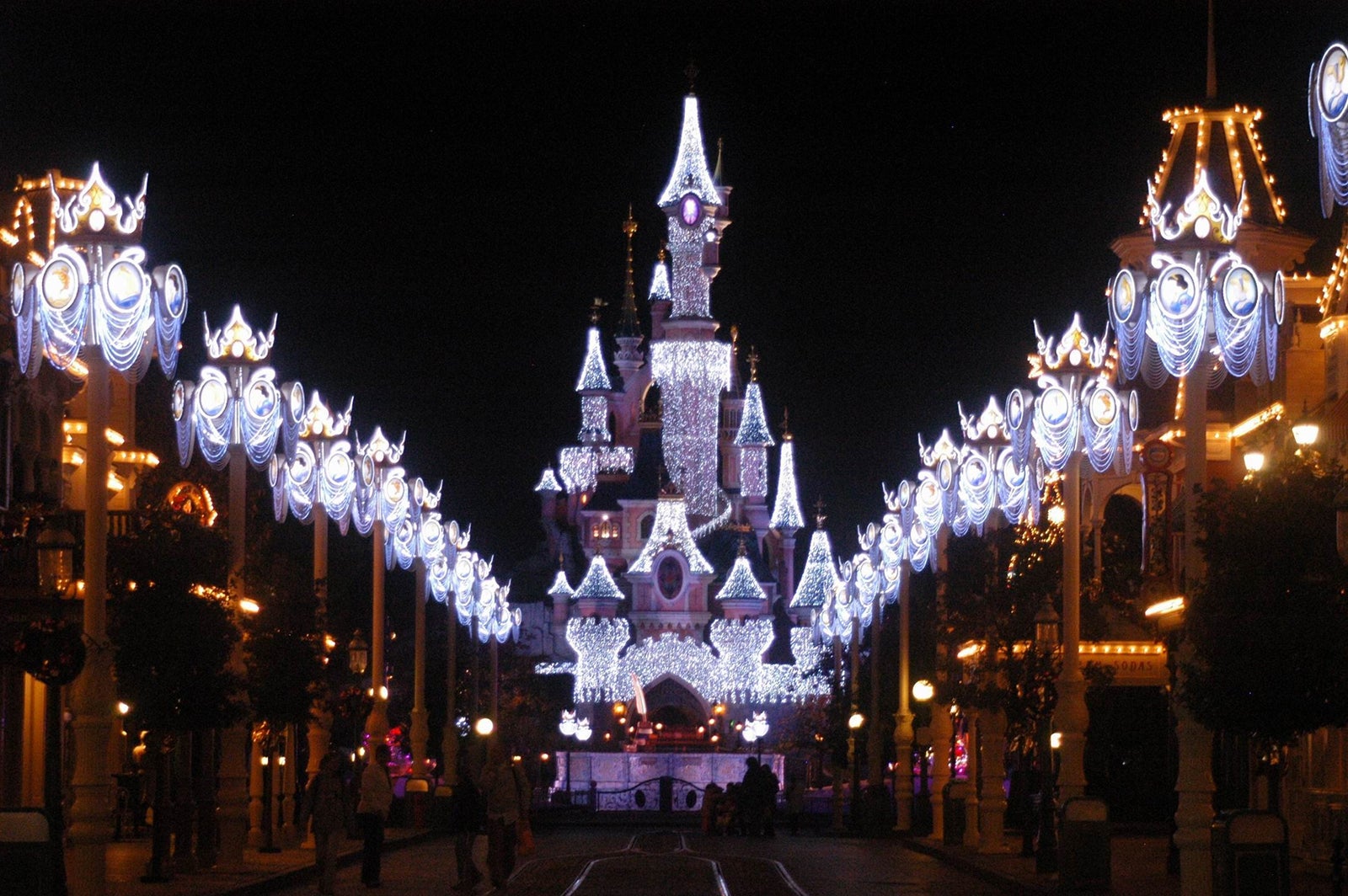 I recently crossed an item off of my bucket list: visiting all 12 Disney parks worldwide. With six parks in the U.S., two in Europe and four in Asia, it wasn't an easy feat. As a Disney World guidebook author, I have some bias, but I was surprised to reflect upon how many of my favorite Disney experiences are not in Orlando. After seeing it all, I have compiled my votes for the best of the Disney-verse.

Shanghai Disneyland's Enchanted Storybook Castle is both the newest and the largest in the Disney Kingdom. It's also the only castle that showcases more than one princess. The castle features a four-story-high atrium and details that make you slow down and take them in. However, I think Parc Disneyland's Le Château De La Belle Au Bois Dormant (Sleeping Beauty's Castle) is prettier. Shanghai's castle is more like a fortress, but Paris' castle pays homage to its European home by being both distinctive and whimsical.

Both the Paris and Shanghai castles allow you to explore both above ground and underneath. I prefer Parc Disneyland's version where you can visit Maleficent the dragon, who is locked up in the castle's dungeon. That said, the Crystal Grotto under Shanghai Disneyland's version is visually stunning and accessible by boat, so it's really a matter of taste.

My favorite Disney castle is actually neither of the above: It's Triton's Castle at DisneySea in Tokyo. Triton's Castle anchors Mermaid Lagoon, which is one of the seven lands ("ports of call") represented at DisneySea. The idea of a nautical-themed park bounced around Disney Imagineers in the U.S. for years but it took crossing the Pacific ocean to make the park a reality.

You'll find some rides from other parks: notably Toy Story Mania, and others based on things you'll recognize. For instance, Journey to the Center of the Earth is similar to Epcot's Test Track or California Adventure's Radiator Racers. The Arabian Coast port of call feels a bit like Adventureland.

That said, DisneySea is like no other Disney park and or other theme park in the world. It's built around a volcano, but what makes it distinctive is how the Imagineers managed to make every single port of call look both unique and integrated in a way that makes sense when you see a large mountain in the background. It must be seen to be believed.

Related: Why you should visit Tokyo Disney Resort — even if you’re not a huge Mickey fan

Shanghai Disneyland is better known for it's Tron Lightcycle coaster, which is amazing, but that pales in comparison to the sheer intensity of Pirates. The ride shares nothing but its name with the tamer counterparts at other Disney parks. Shanghai's Pirates is both physically darker and a lot more intense. The technology is next-level; your boat is pummeled by a typhoon, plummeted down to the depths of the sea, chased by a Kraken and inserted into an intense naval battle.

Honorable mention goes to Avatar Flight of Passage at Animal Kingdom. The attraction is the best of Disney: an immersive experience that offers both thrills and an escape from ordinary life. The entire land of Pandora is lovely and I even like Na'vi River Journey, which many Disney lovers dismiss as an alien It's a Small World. Avatar Flight of Passage, however, makes it worth visiting Animal Kingdom just on its own merits.

As you know, Star Wars: Rise of the Resistance is now open. While it is a game-changer, I am not including it in these rankings because it is so new.

Related: A review of the Park Hyatt Shanghai

If it weren't for Mickey and the Magician, I would advise most casual tourists to skip Walt Disney Studios during a Disneyland Paris visit. However, the show is worth the Park Hopper ticket. "Mickey et le Magicien" is performed seamlessly in French and English, but the real language is Disney Magic. Combining beloved songs, special effects and an engaging story, Mickey and the Magician is the rare show that captivates the adults in the audience as much as the children.

Honorable mention goes to Triton's Concert at Tokyo DisneySea. The show is held in the captivating King Triton's Castle and features the music we all know and love from The Little Mermaid -- but that's not what puts the show on my list. Triton's Concert offers a uniquely Japanese take on the classic story: Ariel is very naughty because she missed her performance in Dad's concert. Ariel comes home and apologizes to her father and assures him it will never happen again. That's it. No legs, no Eric, no Ursula, just Ariel promising to be a better daughter. The first time we saw the show, we thought the end was intermission but everyone got up and left!

Related: How to use points for Disney tickets

Hong Kong's version of the classic Disney mountain coaster takes Thunder Mountain and adds the technology of Expedition Everest from Animal Kingdom. Just when you think the ride is over, your mine car repeats the entire ride in reverse. I recommend not telling your kids what to expect: mine freaked out (in a good way) when we started going backwards.

Hyperspace Mountain is best described as "upside-down Star Wars Space Mountain." Hyperspace Mountain is also at Hong Kong Disneyland, but the Parc Disneyland version of Disney’s iconic roller coaster has three loop-de-loops and shoots you straight into a battle where you fight for the Resistance. I know the Star Wars overlay upsets some Disney traditionalists, but I think it's beautifully executed and takes the 45-year-old roller coaster into the 21st century.

This abomination, located at Disneyland and Tokyo Disneyland, combines the vomit-inducing spinning action of the Teacups with a psychedelic yet un-entertaining dark ride that reminds me more of Space Jam than anything Disney would create. You could not pay me to ride this again.

I had the pleasure of visiting Parc Disneyland during a snowstorm and it showcased the park in an entirely new way. The castle sparkled with snow that reminded us of pixie dust. Rides remained open, including Thunder Mountain. If you don't have "riding a roller coaster in snow," on your bucket list you need to add it ASAP. You could also visit Tokyo Disneyland during the winter and if you're lucky might catch a flurry or two. Best of all, most tourists stay away in this kind of weather, so the intrepid guests who brave the snow are rewarded with an entirely empty park.

After sifting through all of my data, I can offer some advice:

Now I'd love to hear your thoughts. What are your best/worst Disney experiences?

Want to learn more about Disney's parks around the world? We've got you covered: