Transfer to Paradise: How to Take a Cheap Ferry From Tahiti to Moorea

Articles
Darren Murph holds a Guinness World Record as the planet's most prolific professional blogger. He's an explorer at heart, having traversed nearly 50 countries and all 50 US states. He's flown over one million miles on Delta alone, and serves as a senior writer at TPG.
Follow
Nov. 12, 2018
•
9 min read 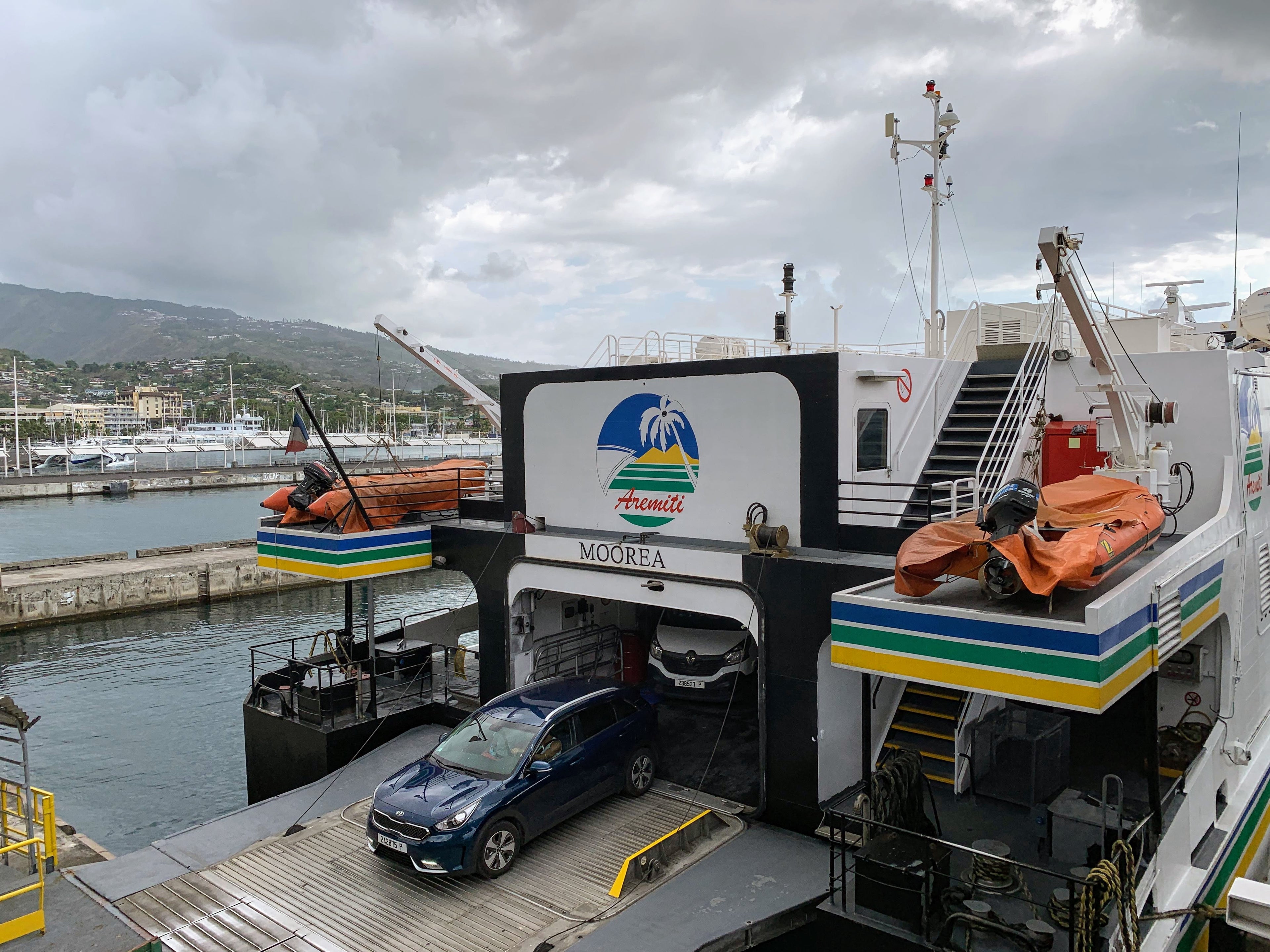 French Polynesia is a place of legend. It’s the source of countless tropical marketing photos and one of the most researched honeymoon destinations in the known universe. But the main island of Tahiti, where Fa'a'ā International Airport (PPT) is located, isn’t where all of those dreamy photos are captured. Instead, vacationers look to Bora Bora, Huahine, Raiatea, Taha’a and Tetiaroa to get their fix.

The trouble with those locales? They’re kind of a pain to access.

Most folks arriving from all points international will have already endured a long flight. Even those journeying from relatively nearby Auckland (AKL) will have already spent nearly six hours on a plane before arriving to Tahiti. Once at PPT, there’s a perpetually long immigration line (bank on at least 30 minutes) and baggage collection. If you wish to end up at one of the aforementioned destinations of grandeur, you’ll then need to scurry over to Air Tahiti’s check-in counters (which, as you can imagine, are routinely backed up), recheck your luggage and head to a domestic security checkpoint.

And that’s if there are any scheduled flights to your destination when you arrive.

As fellow TPGer Zach Honig found after arriving late in the evening on United’s new Dreamliner service between San Francisco (SFO) and Papeete (PPT), there can be yet another complication in trying to reach Bora Bora (BOB). With no late flights scheduled, Honig had to grab a taxi to a nearby hotel for the night, only to repack and return to the airport the following morning to continue the journey to paradise. (For what it’s worth, this isn’t an uncommon occurrence, as evidenced by the multitude of hotels within a 15-minute radius of PPT.)

Transiting to Moorea via ferry

There is, however, one idyllic Polynesian island that doesn’t require a connecting flight: Moorea. While the island is growing in popularity, it still remains under the radar compared to Bora Bora.

Just a few kilometers of ocean separate Tahiti from Moorea, which has enabled a pair of ferry services to thrive in offering multiple departures from both islands each day. Pricing is fairly similar for either. Aremiti charges 1,500xpf (roughly $15) one-way, or 3,000xpf (roughly $30) for a round-trip ticket. Terevau is slightly cheaper at 1,160xpf (roughly $11) in each direction. You can check out pricing pages for Aremiti and Terevau to see more on fares for vehicular transfer, as well as up-to-date schedules.

I recently landed at PPT just after 7:00am local time, and after clearing immigration and securing my checked luggage, I headed outside to grab a taxi for 2,200xfp (around $22). That’s the standard rate for a trip between PPT and the ferry dock, which is 20 minutes away, so be sure to agree on the fixed fare before you load in.

There’s a large complex at the ferry dock, replete with restrooms (great for changing out of your flying apparel into your pineapple print button-down and swim trunks) and a cafe with views out over the ocean. I kicked back to enjoy the Tahitian air for an hour, then boarding for the 10:00am Aremiti ferry to Moorea began at around 9:45am.

Boarding occurs Southwest style, which is to say you just get in line. Most folks go for the window-side tables. A couple of tips here: If you get nauseous at sea, be sure to grab a seat facing forward. Nothing stirs the stomach quite like a boat ride when you’re facing the opposite direction of its travel.

Locals who make this trip daily or weekly don’t flock to the top, which is great for sightseeing. You should be able to find a seat on the exposed top deck fairly easily, but be warned: The Tahitian sun is no joke. If you bake for 30 to 45 minutes on the ride over without sunscreen, the rest of your vacation could be a bit more painful than you’d planned.

You can buy tickets in advance, but it’s not necessary. These ships are huge. You also needn’t worry about security scans. You simply buy a ticket, drop off your luggage and wait upstairs for boarding. On the other side, luggage is brought out on carts and you’re left to grab and go.

With a $22 taxi from PPT to the ferry dock, a $30 round-trip ticket to Moorea (and back to Tahiti) via ferry, a $20 to $30 taxi or shuttle to your hotel on Moorea and a $22 return taxi from the ferry dock back to PPT, you’re looking at ~$100 all-in to access one of the most beautiful islands in the world. Plus, there’s the benefit of no added security checks or waiting in long lines to recheck luggage. If you’re traveling with a family or group, the per-person costs sink further given that taxis and shuttles can be shared.

For reference, a flight from Papeete to Bora Bora on the lone carrier that flies it (Air Tahiti) can run between $200 (if you plan way in advance and buy a very restricted ticket) and $500+ round-trip. Then, of course, there’s the issue of BOB as an airport. It’s on its own motu, so once you land you’ll need to pay for a boat transfer to your resort. You can read more about this option in Zach Honig's review.

While there’s certainly plenty of splendor to soak in on French Polynesia’s more remote islands, those looking to shave costs while still accessing paradise should definitely give Moorea a look. It’s home to properties that can be purchased using both Hilton (Hilton Moorea Lagoon Resort and Spa, which I reviewed here) and IHG (InterContinental Resort and Spa Moorea, which I reviewed here) points, as well as a host of affordable options through Airbnb. It’s also one of the most diverse Polynesian islands. While epic beaches and breathtaking sunsets are here as well, the island's lush interior is ripe for exploration on ATV, 4x4 or foot.

Whenever you're booking travel to faraway, exotic destinations like Moorea, be sure to use a credit card with trip cancellation and interruption production.

To learn more about using points and miles to access French Polynesia, check out our guides below.