Save big on fees: Why Flying Blue is the new best way to book Virgin Atlantic award tickets

Articles
Andrew Kunesh is a senior editor at The Points Guy covering loyalty programs. He's been a miles and points fanatic since 2014 and previously wrote for Upgraded Points and Credit Karma. Outside of the travel world, Andrew is a cyclist, craft coffee aficionado and — despite now living in NYC — a Chicagoan at heart.
Follow
July 06, 2022
•
6 min read 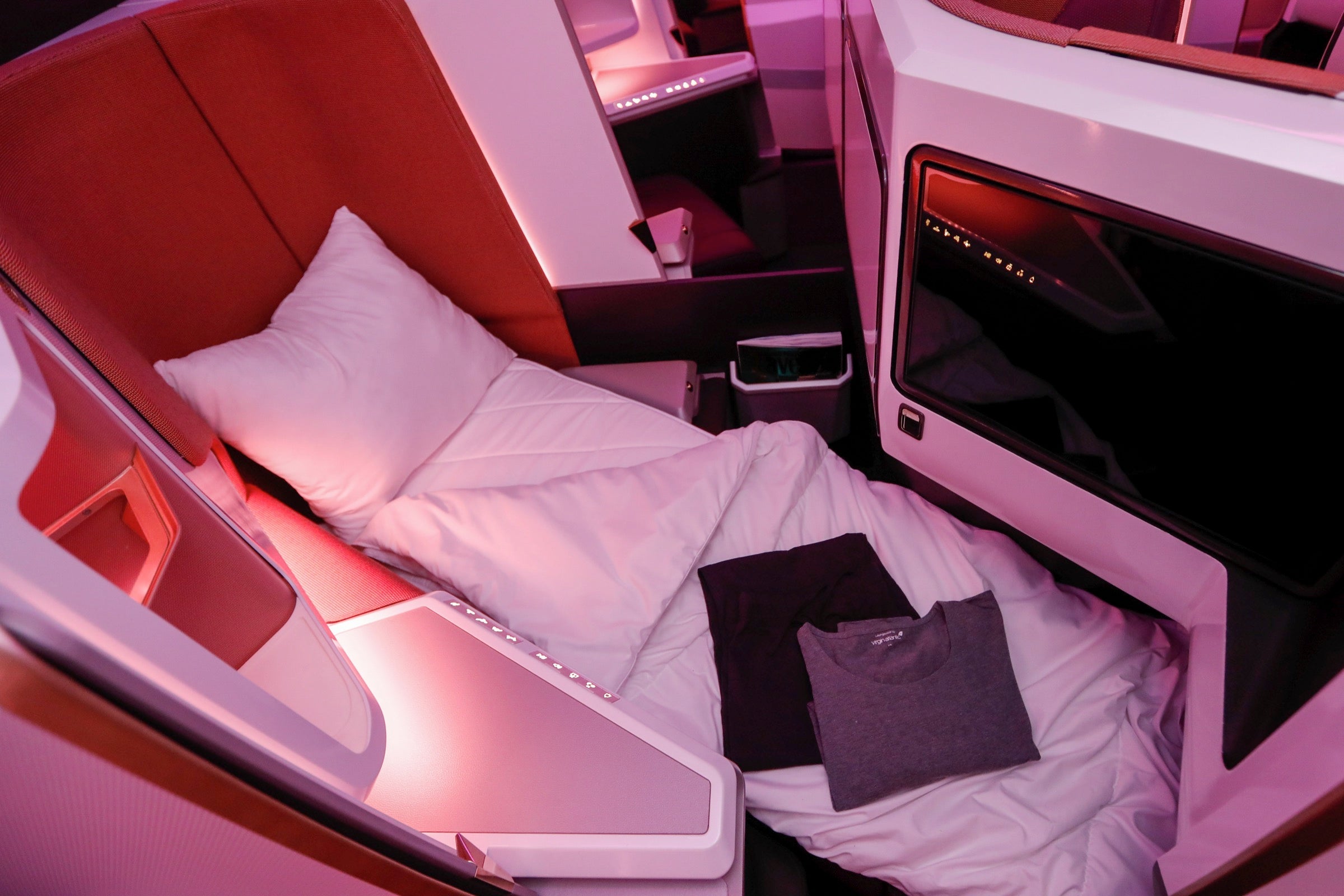 The joy of getting a great deal on an award ticket quickly fades when I'm stuck with an $800-plus bill for the privilege of booking the ticket with Virgin Atlantic Flying Club.

Until recently, Delta SkyMiles was the go-to way to book these awards. The program once offered excellent redemption value on Virgin Atlantic flights but majorly devalued them last year.

These days, you'll pay as much as 195,000 SkyMiles for a one-way, Virgin Atlantic Upper-Class ticket from the U.S. to Europe when you book at the last minute.

That's too many miles for my liking, especially when domestic award tickets start at just 4,500 SkyMiles one-way.

So when I needed to book a last-minute ticket to Manchester, England, earlier this month, I set out to find a better deal. Enter Air France-KLM Flying Blue.

Virgin Atlantic recently became a Flying Blue partner, so you can earn and redeem Flying Blue miles on its flights. Much to my surprise, it's also the best way to book these award tickets when compared to your other options.

Let's take a look at this little-known sweet spot for European award travel.

What is Flying Blue?

Let's start with a little background on Flying Blue.

Flying Blue is owned by Air France-KLM Group and acts as the loyalty program for both airlines. A handful of other airlines also participate in the program, like Aircalin, Kenya Airways and Transavia, among others.

The majority of these carriers are in SkyTeam, so you can earn and redeem Flying Blue on all carriers in the alliance, plus some of Air France and KLM's non-alliance partners. This includes Virgin Atlantic.

The program uses dynamic pricing on many flights, including all Air France and KLM-operated flights. However, it has kept mostly standard prices for many partners like Delta and Virgin Atlantic.

Depending on the flight, this can bring immense value to travelers when compared to booking with the airlines' own programs. More on that shortly.

Flying Blue miles are easy to earn, too. The program has its own U.S. cobranded credit card, the Air France KLM World Elite Mastercard®. Plus, it partners with all the major transferable points programs, including:

If you're in the market for a Virgin Atlantic award ticket from the U.S. to the U.K., consider applying for the Chase Sapphire Preferred Card.

The card is offering a welcome bonus of 60,000 Chase Ultimate Rewards points after you spend $4,000 in the first three months of account opening. As you'll see shortly, this is more than enough to book a one-way, Upper-Class ticket.

Related: The ultimate guide to earning and redeeming with Air France/KLM Flying Blue.

This is a pretty solid award pricing on its own, but it's even more amazing when you compare it to the competition.

Let's start with Virgin Atlantic's own Flying Club loyalty program. The program employs peak and off-peak pricing, so you'll pay as little as 10,000 miles for an economy ticket or 47,500 miles for a business-class ticket from the U.S. East Coast to London.

That said, the taxes and fuel surcharges are much higher. Think $150.30 in economy and $875.30 in business class. Economy can be a good deal, but the taxes and fees are over four times higher than what Flying Blue charges on a business-class ticket.

Meanwhile, Delta SkyMiles has the lowest taxes and fees of the bunch, with economy and business-class tickets clocking in at just $5.60 from JFK to LHR.

At our current Delta SkyMiles valuation of 1.41 cents per mile, you're spending $2,780 worth of points for an Upper-Class award at the last minute.

As you can see, Flying Blue offers the best points-to-cash ratio for redeeming most Virgin Atlantic award tickets, especially if you want to fly in Upper Class.

You'll spend more miles than booking direct with Virgin Atlantic, but you will come out ahead by paying less than one-fourth the taxes and fees on this award ticket.

It pays to compare your options when booking award tickets. Often, you can book the same flights for varying amounts of miles or taxes and fees across different loyalty programs.

In the case of Virgin Atlantic, using its newest partner, Flying Blue, to book award tickets can save you hundreds of dollars and thousands of points when compared to Flying Club or SkyMiles.

Featured image by (Photo by Luke MacGregor/Bloomberg via Getty Images)
Editorial disclaimer: Opinions expressed here are the author’s alone, not those of any bank, credit card issuer, airline or hotel chain, and have not been reviewed, approved or otherwise endorsed by any of these entities.