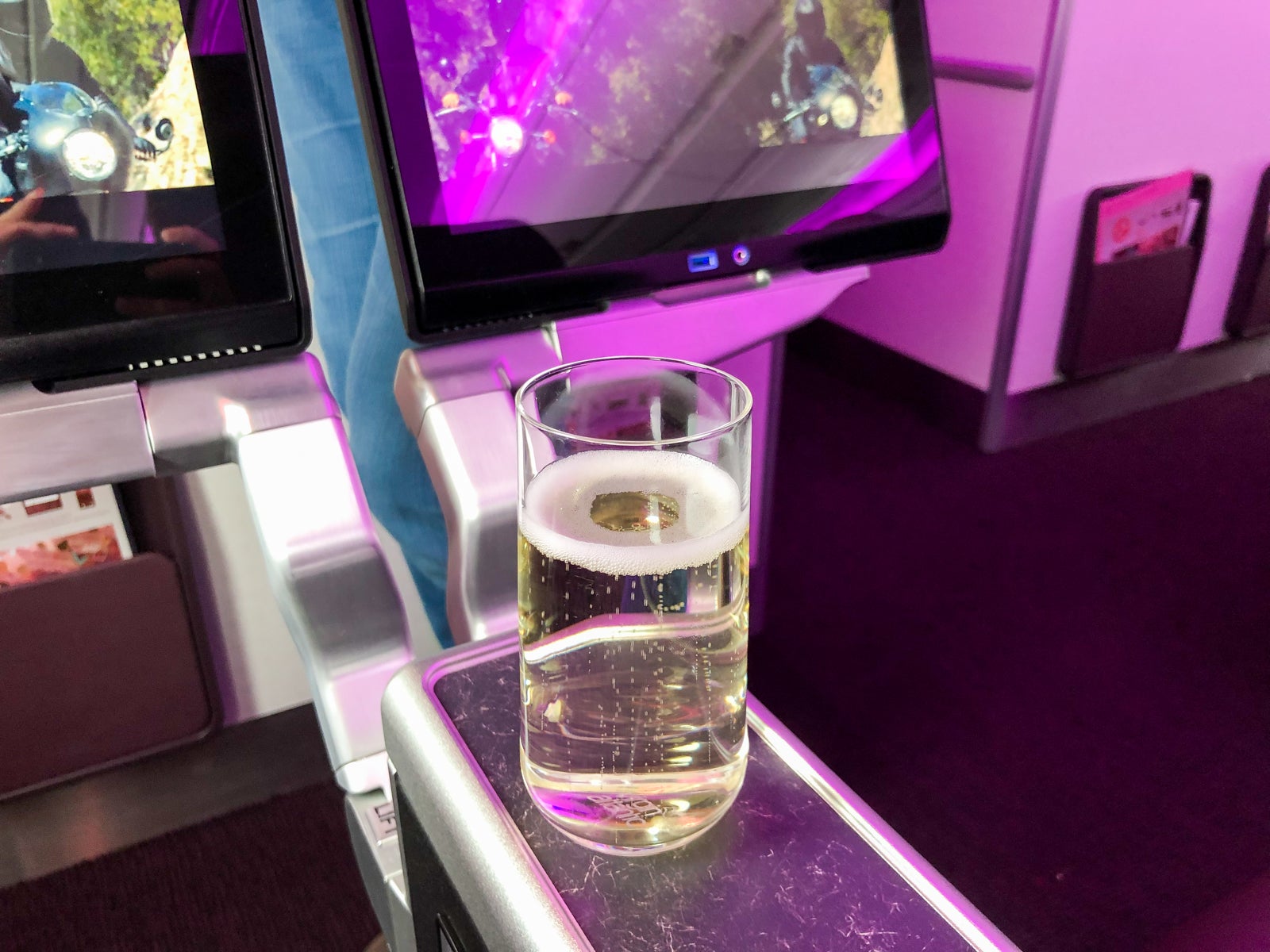 Premium economy is the cabin that gets us all talking with the first question usually being, "Is it worth it?" There are a number of factors to consider when answering that question, but once you've made your mind up and you've decided that you would indeed like to fly Virgin's Premium, then look no further than this guide to help you decide where exactly you should sit to maximize your premium economy experience.

Virgin only flies long-haul routes and as such, only aircraft able to fly long-haul routes. That means that wherever you're flying, there will be a Premium cabin onboard if you want to travel in more comfort than in economy. Due to the differences in each aircraft, the Premium cabins vary quite significantly so it's good to know which aircraft you're flying on, and which seats to pick before you fly.

Related: 3 reasons to fly premium economy (and 1 reason not to)

To learn more about booking Premium economy using miles through Virgin's Flying Club, you can read our guide here.

All of Virgin's aircraft are long-haul, wide-bodied jets. No matter which one you fly, there'll be a Premium cabin. Similar to the Upper Class cabins, the layout and comfort you might experience in each aircraft differs slightly.

Top picks: Similar to the best economy seats, before the aircraft went into early retirement due to the coronavirus pandemic, the winner in this category was, without doubt, the tiny, exclusive Premium cabin on the upper deck of the legendary 747. She might be old, but she offered the most private Premium experience of all of Virgin's aircraft.

Elsewhere in the fleet, the main difference across the cabins is whether or not the view from the window is obstructed by the wing. Other than that, the main thing you've got to keep in mind when flying Virgin's Premium is whether you'd rather the front-row, bulkhead seats (with bassinet), or back-row seats with the ability to stay reclined throughout meal service but slower service — but that choice comes down to personal preference.

We've picked the best seats based on the one that would be best for a solo traveler.

There are more Dreamliners in Virgin's fleet than any other aircraft, so you're more than likely to encounter it on your route. With 35 seats in total in a slightly staggered 2-3-2 configuration, the cabin is cozy and compact.

The only real major difference between any of the seats is that row 21 boasts more space than the rest, as it's the bulkhead. This means that whether you're a window- or aisle-seat person, there's less chance of being disturbed or having to disturb when either person leaves their seat. It's worth noting that bulkhead seats, while they offer more space, are also where baby seats or bassinets are fixed.

That said, I do usually pick the front row of a cabin unless there's a really obvious reason not to. On this aircraft, the Premium cabin is situated right on the wing, meaning the view of the world below is at least partially restricted no matter which window seat you pick. So if you like a seat with a view, sitting in row 21 will give you the best vantage point in the cabin. If you're not too bothered about the view, then choose row 25, which benefits from having no passengers directly behind it, meaning seats in this row can be reclined even during meal service.

Best Premium seats on a Virgin Atlantic Airbus A330-300

The Premium cabin of the A330-300 is quite similar to the Dreamliner. It consists of 48 seats in total; six rows in a 2-3-2 configuration, one row configured 2-2 and the front bulkhead row, 18, only has two seats, 18A and 18C. Though these are the closest to the front of the cabin, the seats are right next to one of the main galleys on the aircraft. As is nearly always the case, bulkhead seats are where the bassinets are fixed.

Two rows back in 20, the legroom is going to be less than the bulkhead seats but at least you're slightly farther away from the noise and traffic of the galley. It's also the farthest back you can sit before your view out the window starts getting too obstructed by the wing.

If you want an undisturbed sleep and aren't too bothered about being near the front, then you should pick row 25. These seats can be reclined even during meal service making 25A and 25K the most undisturbed seats in the house. The view is pretty much just of the wing, but if all you want to do is sleep, then that shouldn't matter too much anyway.

Best Premium seats on a Virgin Atlantic Airbus A330-200

The layout of the seats on the A330-200 is not too dissimilar to those we've already seen on the -300 and the Dreamliner. The cabin is comprised of 35 seats in a slightly staggered 2-3-2 configuration. The main difference is that these seats are newer than the Premium seats on all of Virgin's Airbus A330-300s and most Dreamliners. This is because Virgin had to install an entire new Premium cabin on the A330-200s that it bought from Air Berlin after it went bankrupt.

This cabin is also a win for the window-seat lovers, as six out of the 10 window seats in the cabin have views that are unobstructed by the wings. If you want to try out some of the newest Premium seats that the airline has, then you'll have to be flying on very specific routes.

In a similar way to the Dreamliner and the A330-300, for extra legroom and easier egress with a side of baby bassinet, row 14 is the one for you.

But, if you'd rather maximize your recline time to get as much sleep as possible, then you're best off in row 18.

Best Premium seats on a Virgin Atlantic Airbus A350-1000

Although the A350 is Virgin's newest and most modern addition to the fleet, it might actually have the worst Premium cabin of its aircraft for two main reasons.

The first is that instead of the usual 2-3-2 configuration on most of its own aircraft and many other premium economy cabins around the world, the airline decided to go for a more tightly packed 2-4-2 config. This is only one less seat per row than the economy cabin.

TPG U.K.'s Emily McNutt flew the product from London (LHR) to New York (JFK) on the A350 and noticed the two-and-a-half inches less of seat width is really quite noticeable and means the armrests are not really big enough for two to share.

The second reason is that the entire cabin is situated on and behind the wing, meaning that there's no real decent vantage spot anywhere in the cabin. You can watch our comparison of all three cabins on the Virgin A350 here.

That said, the same dilemma crops up as always. The best seats depend on whether you want more legroom and speedier service, albeit with the risk of the bassinet being used at the front of the cabin (row 21) or you'd rather be able to recline for the entire flight and have at least some kind of view from behind the wing at the back of the cabin (row 27).

If you decide on upgrading your next trip with Virgin Atlantic to Premium instead of economy, this guide should help you in some way to make sure you pick the right seat to get the most out of your experience.