How to Read an Aircraft Seat Map

Articles
Ben Smithson is a senior writer for TPG UK. Originally from Australia, he is the primary points and miles writer for the U.K. site.
Follow
June 16, 2019
•
7 min read 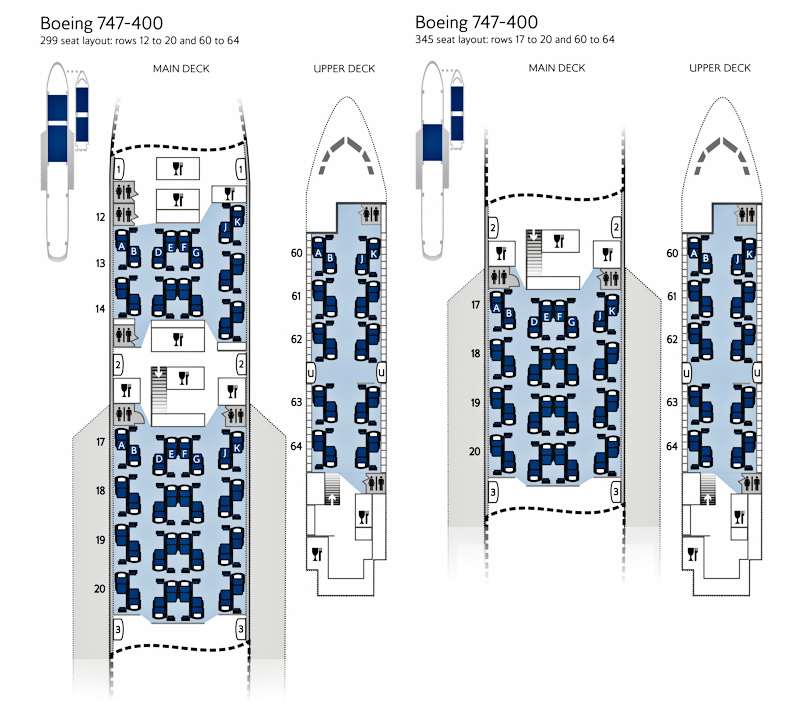 How to Read an Aircraft Seat Map
This post contains references to products from one or more of our advertisers. We may receive compensation when you click on links to those products. Terms apply to the offers listed on this page. For an explanation of our Advertising Policy, visit this page.

If you've checked in online for a flight or selected your seat in advance, you may have been presented with a visual seat map — either allowing you to choose which available seat you would like or showing you where on the plane you will be sitting.

Some seat maps are very easy to read because all seats are either the same or very similar. While others are much more complicated because there is a huge difference between the different seats in the cabin.

You may already know this, but before we get into the complex seat maps, here are some basics:

Different economy and premium economy seats within the same cabin are usually all quite similar, regardless of airline. They will usually be in some sort of 3-3, 2-4-2, 3-3-3 or 3-4-3 layout. By all means, look for exit rows as explained above, but otherwise, most seats will be the same.

For a four-across 'straight' 1-2-1 seat map where the middle seats all look the same between rows, it means all seats will have direct aisle access. They will either face directly forward and may angle slightly toward the window or aisle in a herringbone layout.

You may wish to avoid either the front or back few rows if they are close to a galley or bathroom — a seat or seats midway back should be a nice balance.

Another popular layout in business class is a staggered 1-2-1 layout. Rather than each seat directly behind the seat in front of it (like the seat map above), this layout will have your feet in lie-flat mode next to the person in front of you, rather than behind.

This means each 'window' seat will be a choice between a seat right next to the window or a seat near the window, but next to the aisle. The 'true' window seats right next to the window (the A and K seats in the map above) tend to be more private. For the center seats, you will see that the rows alternate between rows with two seats very close together and rows with seats far apart. These are often known as 'honeymoon' seats and 'divorce' seats. If you are traveling with a loved one, you may wish to select the pair very close together, while if you are traveling with a colleague or someone you don't want to be super close to, select the divorce seats to provide more space between you.

Some airlines have a staggered 1-2-1 business class cabin that does space all center seats the same. For a cabin like the one below, there's no center pairs that are closer or farther away — and therefore not really better or worse.

You may also see a large forward/front business class cabin followed by a galley or bathrooms and then a smaller cabin at the rear. The rear business class cabins tend to be smaller and, therefore, quieter and more exclusive feeling. The downside of this can be that meals take longer to serve if crew start serving from the front, so your meal choice may have run out by the time crew get to the rear cabin.

Some airlines will have seat maps detailed enough to show which way the seats actually face. For example, here is a 2-2-2 business class cabin with pairs of seats facing in slightly different directions.

First class cabins on the one airline tend to have seats that are very similar in a very small cabin, so unless you are traveling with someone else or especially want a window seat, it's not as important to select the perfect seat in advance.

In addition to checking the seat map on an airline's website, it's useful to check out resources like SeatGuru, which allow you scroll through an airline's fleet for the best and worst seats.