These are the best times to visit Antarctica 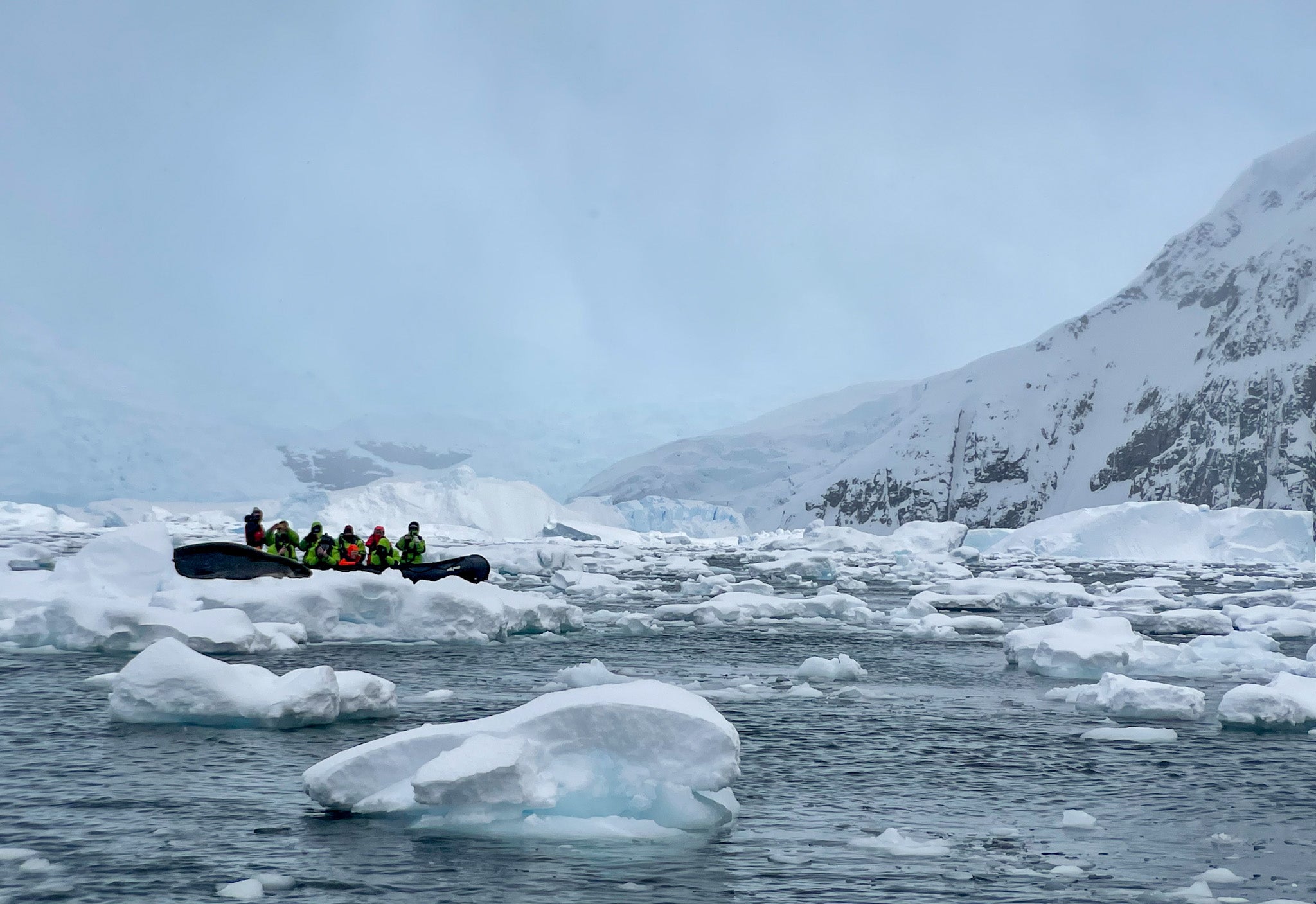 Dreaming of a cruise around the Antarctic Peninsula to spot leopard seals or to watch young penguins chase each other playfully around a rookery? Hoping to plunge into below-freezing Antarctic waters or see glaciers calve from the vantage point of a kayak? You'll need to find the best time to visit Antarctica to get the once-in-a-lifetime experience you crave.

Depending on what you want to do or see during your trip to Antarctica, you might favor an expedition earlier in the season or near the end. Certain months are better for camping and hiking on the continent, or for photographing whales and penguins. Some months confer longer days and warmer weather, while others may improve your chances of seeing the aurora australis, more commonly known as the southern lights.

No matter your preference, you will certainly visit the White Continent during the austral summer. When the northern hemisphere is descending deeper into darkness, Antarctica is experiencing nearly 24 hours of sunlight — which means expeditions typically take place between late November and early to mid-March.

Here are the best times to visit Antarctica for the activities likely to be on your bucket list.

The best times to see wildlife

The best time to visit Antarctica to see wildlife depends on the animals you most want to see, and whether you have your heart set on photographing adorable baby penguins or whales breaching.

Travelers who visit Antarctica early in the season, typically in November, will likely see penguins nesting and protecting eggs. Fresh snowfall at this time can make for incredible photos — and wintry landscapes.

By December, visitors are more likely to see penguin hatchlings. I traveled to Antarctica in mid-December and missed the hatchlings by a week. My colleague, Gene Sloan, visited just 10 days later and saw many baby chicks during several landings.

The sweet spot for seeing chicks that are still small and fuzzy is late December through early January. As the season progresses, you'll find baby penguins turning into adolescents. When Sloan went back to Antarctica in early February, he found the same chicks he had seen as tiny balls of fluff had grown nearly as big as their parents.

Related: Is this the ultimate Antarctica cruise ship?

If whale watching is at the top of your list, visit Antarctica later in the season, in February or March, as that's the best time for cetacean spotting. This is when whales are more easily seen gathering together in large groups before migrating north. But even during my trip in December, we saw many humpback whales — and orcas were spotted in spades the following week.

Humpback whales, orcas and minke whales are all frequently spotted in Antarctic waters, though you might have luck catching a glimpse of more rare whale species too, such as sperm, fin and blue whales.

The best weather in Antarctica

Antarctica is the most extreme continent on the planet: It can be incredibly cold, dry and windy. In the leather folio I received for my December sailing with Atlas Ocean Voyages, I was told that temperatures during the Antarctic summer "usually reach between 30 and 40 degrees Fahrenheit," though this can vary depending on the specific month of your trip.

If you have an opportunity to land and walk on fast ice, as Gene did with Silversea Cruises during a late December trip, you'll want to aim for a trip early on in the season, as the fast ice melts away throughout the summer. It's possible to do this later in the season, but you'll need to venture much farther south, where it's colder.

January is the warmest month of the year in Antarctica, and good weather means better odds of kayaking and paddling around the Antarctic Peninsula and surrounding islands.

Likewise, snow can make landings more challenging and can make it harder or impossible to hike and camp on land. So, in addition to being colder and wetter, easy-season travel can have other complications.

The late summer months (February and March) can also make it possible to venture farther south, to parts of the region that are typically inaccessible, since more ice has melted.

The best times to visit Antarctica for photography

Antarctica is stunning no matter what time of year you decide to visit. But depending on the type of landscapes and wildlife you want to photograph, you might want to hone in on an early, mid- or late-summer trip.

Visit in late December during the summer solstice to capture the phenomenon of the midnight sun — and take full advantage of long days when you can squeeze in as much photography time as possible.

Related: The ultimate packing list for an Antarctica trip

If what you're after is an actual sunset or sunrise photo behind a backdrop of ice and mountains, you'll have more luck on the early and late ends of the season, when there's a more marked difference between day and night.

Or, aim to see the southern lights by visiting as late in the season as possible (March) when the days start getting shorter and you might get lucky on a particularly clear night.

Wildlife photographers should target the middle of the season, when there's a flurry of activity from penguins, whales, seals and other incredible animals.

The window for travel to Antarctica is relatively short, due to the continent's extreme and inhospitable weather. Even travelers on land-based excursions to Antarctica, such as the luxury eco camps by White Desert, will find the calendar of available dates is limited to travel between late November and early February.

To visit Antarctica at the time you think is best, book at least a year in advance.

Whether you're going to book an express flight to the continent or opt instead for a traditional sailing across the Drake Passage (one of the most violent bodies of water in the world no matter what time of year you plan to visit), you will love Antarctica in any season. Since this is often a once-in-a-lifetime destination, think carefully about the sights you want to see or the experiences you would love to have, then choose a trip in the right month to make your bucket-list dreams come true.

Planning a trip to Antarctica? Start with these stories:

Featured image by (Photo by Melanie Lieberman/The Points Guy)
Editorial disclaimer: Opinions expressed here are the author’s alone, not those of any bank, credit card issuer, airline or hotel chain, and have not been reviewed, approved or otherwise endorsed by any of these entities.