Antarctica reading list: These 8 books are must-reads before a trip to the White Continent 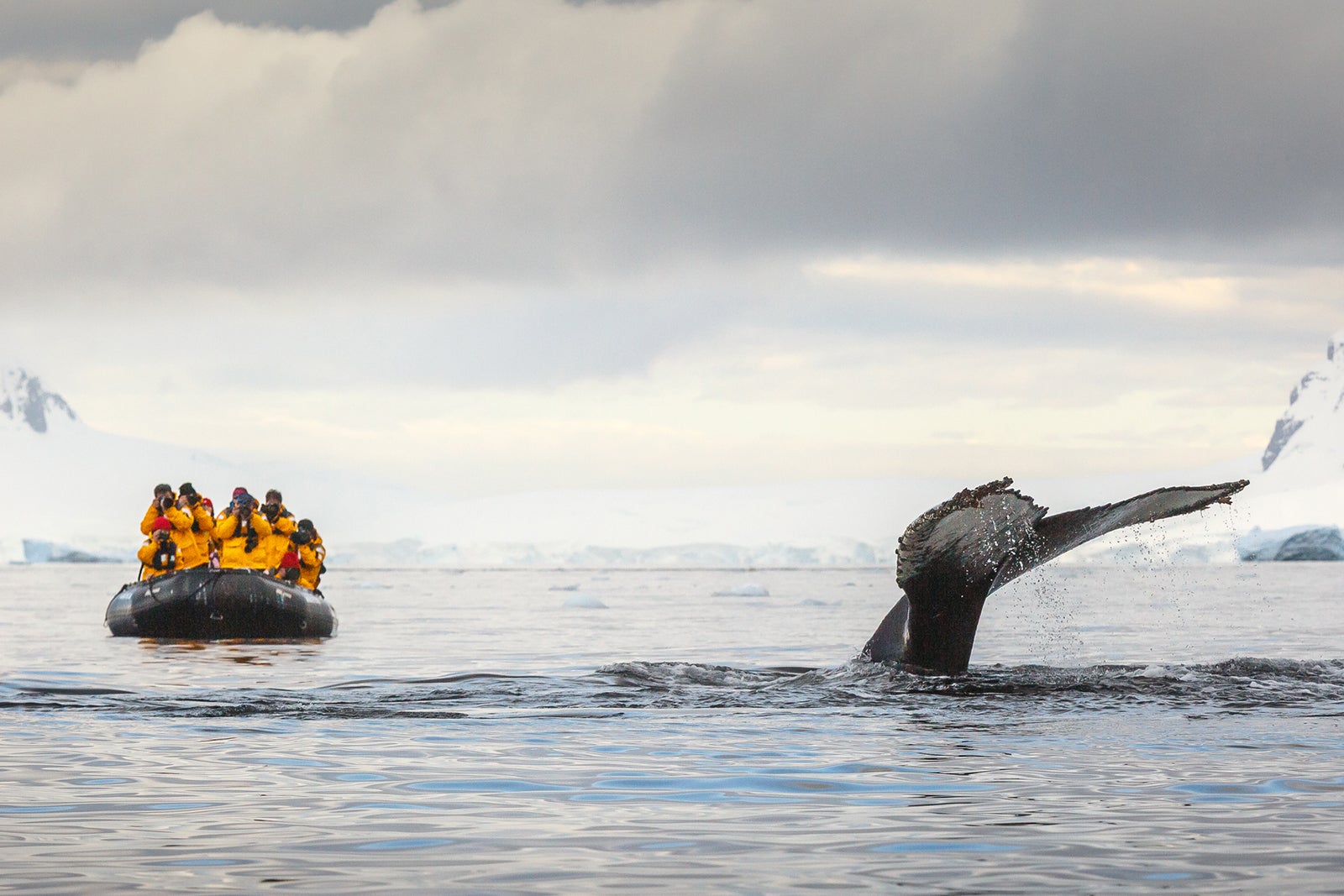 Planning a trip to Antarctica? As someone who has been there several times, I have some advice: Grab some books about Antarctica and read up on it before you go.

The world's most remote and hard-to-reach continent will be like nothing you've ever seen, and takes some context to fully understand.

Home to improbably large ice shelves, enormous glaciers, soaring mountains and some of the world's most unusual wildlife, it's a wintry wonderland that defies the senses.

For more cruise guides, tips and news, sign up for TPG’s cruise newsletter

It's the setting for some of the most epic adventure tales of all time. Plus, it's a hub for important scientific research, including serious study of the Earth's changing climate.

To get the most out of a trip to the White Continent, it will pay to learn more about all of the above in advance. Call it your pre-Antarctica-travel homework assignment.

To that end, here are eight books about Antarctica that will help put what you'll be seeing there in context. I urge you to add a few of them to your reading list before you go.

Written in 1959, "Endurance" remains the definitive book about one of the greatest Antarctica adventures -- the 1914 expedition to the continent led by Ernest Shackleton. An epic tale of survival (and my all-time favorite Antarctica book), it recounts the destruction of Shackleton's vessel, Endurance, after it was frozen into pack ice and the subsequent months-long, against-all-odds journey that Shackleton and his crew of 27 men made on foot and in small rowboats to get home.

If you're going to add just one book about the Shackleton expedition to your Antarctica reading list, I recommend Lansing's "Endurance," mentioned above. Trained as a journalist, Lansing knows how to tell a dramatic story, and it's hard to put down. But the protagonist of Lansing's book, Ernest Shackleton, wrote his own version of the story, long before Lansing, and it has the advantage of being a first-hand account. If you want to hear the Shackleton saga straight from someone who lived it, this is the Antarctica adventure book for you.

'Race to the Pole'

"Race to the Pole" is the gripping story of the 1911 race to the South Pole by Robert Scott and Roald Amundsen, as told by one of the world's best-known polar adventurers (Fiennes was the first person to cross both the North and South Pole ice caps by surface means). Like Lansing's "Endurance," it's a story of epic adventure and survival in Antarctica told by someone who knows just how harsh and difficult the continent's endless miles of mountains and glaciers and freezing cold can be. It's considered one of the definitive accounts of the Scott and Amundsen expeditions, which claimed the life of Scott.

Related: An untamed world: Discovering the wild dreamscape of Antarctica

'The Last Place on Earth'

As an alternative to "Race to the Pole" (or in addition to it, if you have the time), you can read about the Scott and Amundsen rivalry in "The Last Place on Earth," a dual biography of the two men that explores their efforts to reach the South Pole. Dating to 1979, the book famously contrasts the fame that Scott achieved even in failure (he and four of his men died during the expedition) with the relative obscurity that greeted Amundsen despite being the first to stand on the world's southernmost point and return alive to tell the tale.

'Antarctica: An Intimate Portrait of a Mysterious Continent'

Published in 2013, "Antarctica" offers a look at the continent today, with a particular focus on the scientists and support personnel based at some of the research stations operated by the U.S., France and other countries. Walker, a science writer and climate-change expert, traveled extensively across the continent to recount the research into penguins, geology, glaciology and other scientific topics that is underway there, while mixing in history of its early exploration.

'Antarctica: A Guide to the Wildlife'

This 160-page handbook to Antarctica wildlife is the one book that I always carry with me on a trip to the continent, as it's packed with everything I could ever want to know about all the incredible living things that I am seeing, including penguins, whales, seals and smaller birds of all types. Soper has been traveling to Antarctica as a guide since the early 1990s and really knows his stuff.

'End of the Earth: Voyages to Antarctica'

The late American novelist, naturalist and wilderness writer Peter Matthiessen offers up a portrait of Antarctica as seen during two voyages to the continent — one a traditional sailing to the Antarctic Peninsula of the sort that most travelers to the continent do; the other a trip on a polar icebreaker that explored more remote areas. I read this book before my first voyage to Antarctica in 2004 (it had just been published in 2003). It gave me a good sense of the magical polar landscapes and unusual wildlife that I was about to see, along with a passing history of the grand age of Antarctic exploration and Matthiessen's sometimes pointed musings about humanity's environmental failures.

Like Matthiessen, travel writer and journalist Sara Wheeler offers a portrait of Antarctica as it is today, but one based on a longer, seven-month stay on the continent. Wheeler lived with the scientists and workers who inhabit the many research stations of Antarctica, chronicling her encounters with them and the surrounding landscape. Like Matthiessen, she also weaves in the stories of early Antarctica explorers such as Shackleton and Amundsen.

Planning an Antarctica expedition? Start with these stories: