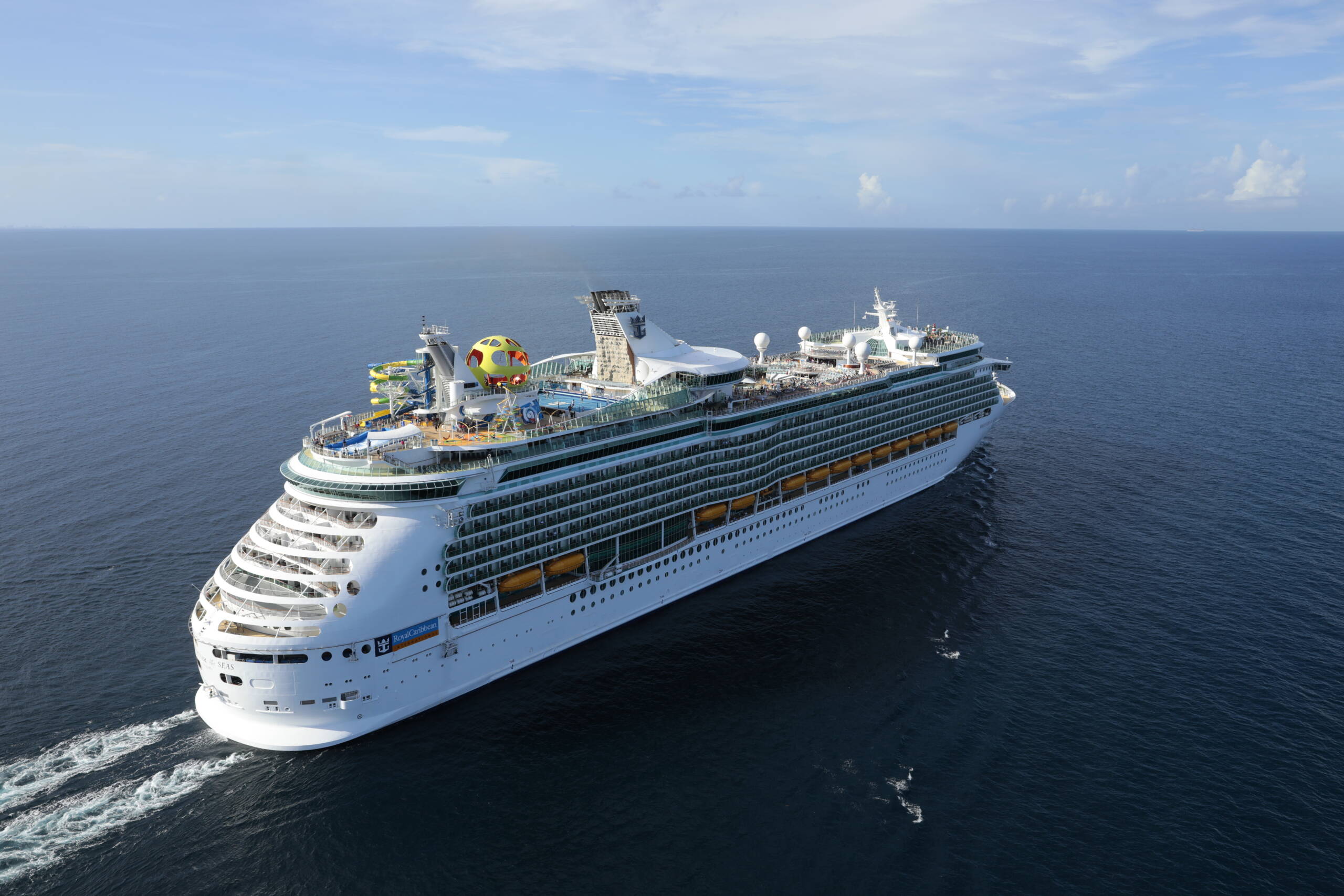 Is a Royal Caribbean cruise on your bucket list? You’ll find no shortage of options when it comes time to pick an itinerary.

The world’s biggest cruise line by passenger capacity offers voyages in almost every corner of the world, from the Caribbean to the waters around Australia and New Zealand.

Royal Caribbean operates 26 cruise ships — more than any other major cruise line. This allows it to deploy vessels on all the classic cruise itineraries in places like the Caribbean, Europe and Alaska while still having ships left over for more exotic routes.

That said, Royal Caribbean has a distinct focus on the Caribbean and Europe — the most popular destinations for its regular customers. In a typical summer, the line will deploy about half its ships on sailings to the Caribbean, Bahamas and Bermuda while sending another six or seven vessels to Europe. The line typically sends three to four ships to Alaska every summer.

During the winter, the line will move even more of its ships to the Caribbean and also send a few to Asia and Australia.

In all, Royal Caribbean’s ships visit more than 300 different ports around the world. Here are five of the top destinations you can reach on a Royal Caribbean ship:

The Caribbean and the Bahamas

There’s a reason the word “Caribbean” is in Royal Caribbean’s name. The line got its start operating cruises to the Caribbean way back in 1968, and the region still accounts for a big part of its business.

Related: The best Caribbean cruise for every type of traveler

Royal Caribbean offers a broad range of Caribbean and Bahamas itineraries from more than half a dozen home ports. If you’re looking for something short, the line has you covered in the form of lots of quick, three- and four-night trips from Florida ports to the Bahamas. It also offers an abundance of seven-night sailings to Caribbean and Bahamas ports as well as a handful of longer trips in the region that range from nine to 14 nights.

At the core of the line’s Caribbean and Bahamas program are its seven-night sailings, which break down into three broad categories:

A typical seven-night Royal Caribbean sailing in the Eastern Caribbean will include stops at St. Martin, St. Thomas and Perfect Day at CocoCay, the line’s private island in the Bahamas. But the line sometimes swaps in stops at other islands such as Puerto Rico or St. Kitts. There typically are three and sometimes four calls on an Eastern Caribbean cruise.

Royal Caribbean’s seven-night Western Caribbean voyages typically will include three or four stops at some mix of the following destinations: Mexico (Cozumel or Costa Maya), Honduras, Jamaica, Grand Cayman and Belize. Some include a stop at Perfect Day at CocoCay and also Labadee, Royal Caribbean’s private beach destination in Haiti.

The line’s seven-night Southern Caribbean itineraries are more destination-heavy with five or even six separate calls. They sometimes include a couple of stops at relatively northward islands such as St. Thomas and St. Martin but focus heavily on southerly islands such as Tobago, Trinidad, Grenada, St. Vincent, Dominica, St. Lucia, Bonaire, Aruba and Curacao.

Royal Caribbean has been sending at least one ship — though often several — to Australia every winter for many years. It offers a wide range of itineraries out of Sydney and Brisbane that make calls not just around Australia but also in New Zealand.

While the itineraries the line offers in the region vary in length — from just two nights to 15 nights — the shorter voyages are primarily aimed at a local Australian crowd looking for a quick getaway. Among North Americans, the most popular itineraries are the longer ones, which often are heavily skewed to stops in New Zealand.

Related: Everything you need to know about Royal Caribbean’s loyalty program

Royal Caribbean isn’t the biggest player in Alaska cruises. The giants of cruising to Alaska are Princess Cruises and Holland America, which are sister lines that control a large percentage of the market. Still, Royal Caribbean has a significant presence in Alaska, and its big, activity-filled ships are a popular pick with families looking to visit the destination.

The Alaska cruise season is a short one, lasting roughly from May to September. For the coming 2023 season, Royal Caribbean plans to have four ships in the region — all operating seven-night sailings.

The appeal of the one-way sailings on Radiance of the Seas is that you can combine them with Royal Caribbean-organized land tours of Alaska; land tours can last from two to five days. So, all in all, you will have created a nine- to 12-night “cruise tour.” The land tour portion of such trips brings visits to such well-known interior Alaska locations as Denali National Park and the town of Fairbanks.

Related: Everything you want to know about Royal Caribbean cabins and suites

Royal Caribbean is a major player in Europe, with a wide range of itineraries in the Mediterranean and across Northern Europe.

Some of the line’s signature Mediterranean routings offer the chance to see iconic destinations such as Barcelona, Spain and the Italian cities of Florence, Rome and Naples in a single cruise. Or, you can sign up for a Mediterranean cruise that focuses on the Greek Islands.

In Northern Europe, Royal Caribbean will take you to such famed Baltic cities as Stockholm; Tallinn, Estonia; Helsinki; and St. Petersburg, Russia, in a single sailing (although, for now, St. Petersburg has been removed from Royal Caribbean itineraries due to the war in Ukraine). Itineraries that zero in on the Norwegian fjords also are available.

In all, the line traditionally deploys around 10 vessels to the region each year on a seasonal basis, and the ships stay from spring until fall. Voyages range from three to 14 nights in length.

Among the longest sailings that Royal Caribbean offers in Europe are 12-night trips out of Civitavecchia, Italy (the port for Rome), that include an overnight stay in Piraeus, Greece (the port for Athens), and day stops in Rhodes, Greece; Kusadasi, Turkey (for a visit to the ruins of Ephesus); Ashdod and Haifa, Israel; and Naples.

In the Mediterranean, the line’s hubs are Barcelona, Civitavecchia and Ravenna, Italy (which recently took the place of Venice as a home port).

In recent years, Royal Caribbean has built up a big business selling cruises out of Chinese ports such as Shanghai and Tianjin (the port for Beijing) that are aimed squarely at the Chinese market. They offer Chinese-language programming and Chinese-centric food and activities. However, Royal Caribbean also markets some Asia voyages to North Americans.

Among the itineraries meant for a Western crowd are nine-night Thailand and Vietnam cruises out of Singapore that include stops at Bintan Island, Indonesia; Nha Trang and Ho Chi Minh City, Vietnam; and Bangkok.

Note that some of the line’s Asia sailings have been on hold over the past three years due to the COVID-19 pandemic. The voyages are in the process of resuming as countries in the region have dialed back COVID-19-related travel restrictions.

Royal Caribbean has one of the biggest fleets of oceangoing cruise ships worldwide, allowing it to offer a wide range of itineraries. If you’re thinking of a Royal Caribbean cruise, you’ll be spoiled for choice. The line is perhaps best known for its Caribbean sailings — at certain times of the year, it deploys almost all its ships to the region. You’ll also find wonderful Royal Caribbean itineraries everywhere from Alaska to Europe and Asia.

Featured image by ROYAL CARIBBEAN
Editorial disclaimer: Opinions expressed here are the author’s alone, not those of any bank, credit card issuer, airline or hotel chain, and have not been reviewed, approved or otherwise endorsed by any of these entities.