This is now the best Las Vegas hotel to stay at for conventions. Period.

Articles
Edward Pizzarello covers family travel for TPG Family and also blogs at Pizza in Motion. You can find him hosting the Miles to Go podcast and eating doughnuts on Twitter and Instagram.
Follow
July 20, 2022
•
8 min read 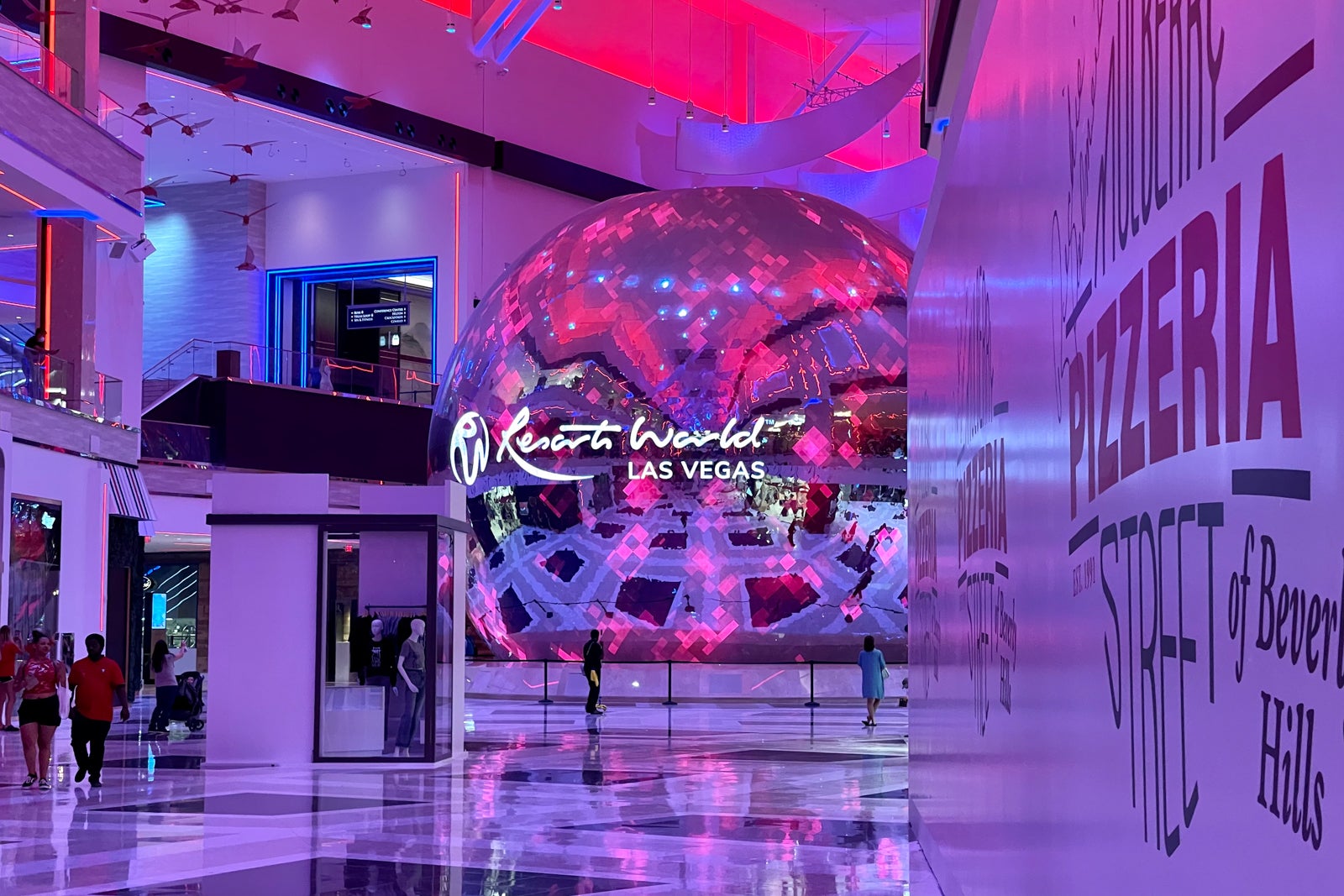 As convention business returns to Las Vegas after years of delays and cancellations, the landscape for attendees has changed.

In the past, there was no clear-cut best hotel for convention-goers. Some hotels represented luxury, others value, others a closer location. Attendees just had to choose what was most important to them.

But convention-goers no longer have to pick one attribute over another. A year after Resorts World opened its doors, it's now the clear convention winner.

The most expensive casino construction project in Vegas started out with promise but had a number of missing pieces when it officially debuted.

There were dining choices when the doors opened in 2021, though not many. Shopping and shows were in much shorter supply than at other large resorts in Vegas. And, one of the most promising attributes, an underground tunnel to the convention center, was substantially delayed.

Fast forward to mid-2022: all of those problems have been solved.

Let's look at why Resorts World is now clearly the best option for convention attendees in Vegas.

If you've ever been to the Las Vegas Convention Center for a convention, you've waited in line. In fact, you've probably waited in a number of lines.

Whether you're driving to the convention center, taking a taxi, Uber or Lyft, or even hopping on the monorail, there is rarely enough capacity to move people around at peak times. This can mean waiting in long lines just to get to your convention. Similarly, if you try to leave at one of the peak times you may not make it to your dinner reservation.

The Loop doesn't cover much ground, but it has the essential stops if you're staying at Resorts World.

The first stop after leaving Resorts World is the Riviera Station, located under the newest extension of the convention center. Three more stops serve all the key spots at the convention center, easily saving a nearly 30-minute walk from one of the massive halls to the other.

The Las Vegas Loop does charge a fee but it may be the cheapest thing you buy during a Vegas trip.

An all-day pass will set you back a whopping $3. You'll find plenty of signs with QR codes that will lead you to the website where can purchase your ticket (or just bookmark this site). Note that the website does say you'll have to show proof that you're a conference attendee to actually ride a Loop vehicle.

Choose your level of luxury

Partnering with Hilton, the resort has three separate brands and price points. The most affordable option, and also the largest of the three hotels, is the Las Vegas Hilton with over 1,700 rooms. Rooms can frequently be found for less than $100 per night, though not during busy periods such as the Consumer Electronics Show (or CES, as it's referred to by attendees).

Related: These are the best Hilton credit cards

If you're looking for a bit more luxury, the Conrad Las Vegas features almost 1,500 rooms with a higher degree of comfort. Conrad rooms can frequently be found for under $200 per night (before the hefty $45 resort fee charged nightly for all rooms).

Conrad features spacious, comfortable rooms, though the rooms aren't as big as other Vegas casino standard rooms such as at the Venetian. Frequent Vegas visitors also will notice that the Conrad is much quieter than other Vegas resort casinos — that is to say, you're unlikely to hear folks screaming in the hallways.

The nicest rooms at Resorts World are part of Crockford's Las Vegas, a boutique Hilton label.

The private entrance and tea service at check-in immediately let you know you're at a luxury hotel. The rooms are understated but very comfortable. While the technology isn't over the top, you can still open and close your drapes and turn off the lights without leaving the bed.

Related: Book this, not that: Las Vegas points hotels

Ramping up its restaurant game

When Resorts World first opened, the number of restaurants operating was a bit paltry for the number of rooms. The only saving grace was the fact that the food court at Resorts World is like nothing you've seen in a Vegas casino. Famous Foods Street Eats is an interesting mix of mostly Asian choices, all of them quite good.

A year later, Resorts World boasts 10 fine dining choices and over half a dozen casual dining options, along with another 15 options in the food court. On top of that, you'll find another half dozen bars and lounges, including a cigar lounge.

With a nod to the Asian roots of the Resorts World brand, Genting Palace is a solid choice for Chinese while Kusa Nori is a can't-miss Japanese spot. You'll also find steak, seafood and caviar choices, among others.

Related: 9 exciting new things in Las Vegas that will make you want to book a trip right now

Did we mention there's a Speakeasy?

Located in the food court, Here Kitty Kitty Vice Den is a small but great place to grab a drink.

The catch? You'll need to find it. The speakeasy has no exterior signage — you'll have to hunt for the hidden entrance. You can find it in the back of Fuhu Cha Chaan Teng, one of the restaurants at Famous Foods Street Eats. You'll thank us for the recommendation.

More to come for entertainment and shopping

While Resorts World does have some shops open, it still has more work to do.

Katy Perry and Luke Bryan have stopped by, along with Journey. But, you can still see construction on the backside of the massive complex, which is rumored to include both more conference space and an arena that will likely feature more shows.

The pool complex at Resorts World is understated and potentially undersized, though we have yet to see it overflowing with people. The fitness center has plenty of choices including a small fleet of Peloton bikes.

Related: Betting on a stay at Circa, the first all-new hotel in Downtown Las Vegas in 40 years

Resorts World is an ambitious project on the old Stardust site in Las Vegas.

While its initial opening was in the midst of the pandemic and held up by construction delays and the myriad of effects of the pandemic, the resort has truly started to pick up steam. It's located at the far end of the Strip near the Las Vegas Convention Center, making it a very convenient location for convention-goers. And now -- it's by far the best option for those looking in town for conventions.

Of course, folks don't come to Vegas conventions just for the meetings.

They want great food, shows, gaming and luxury hotel rooms. Resorts World now checks all those boxes and offers the coolest and easiest way to get to the convention center via the Las Vegas Loop. You can even earn Hilton Honors points and elite status while enjoying great meals at Resorts World after a long day at a convention.

The only question left is whether there are enough Teslas available to keep you from waiting in any pesky lines.