13 of the most beautiful villages and towns in Sicily

Articles
Lori Zaino is a writer for TPG and TPG UK covering travel, news, points and miles and more. She's been based in Madrid, Spain almost 15 years and is an expert in travel throughout destinations such as Europe, Southeast Asia and Africa.
Follow
May 16, 2021
•
8 min read 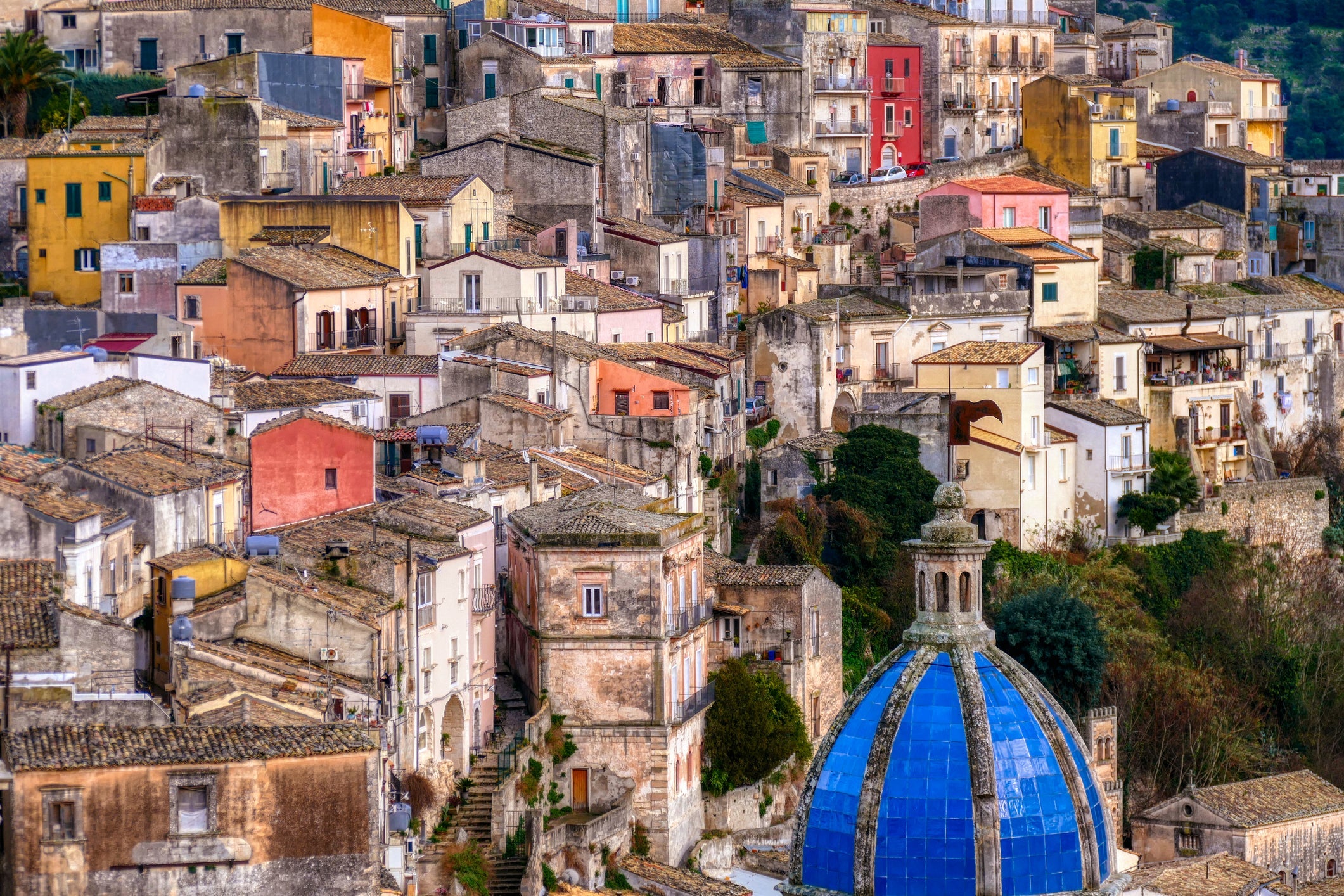 The largest island in the Mediterranean and one of Italy's most beloved vacation destinations, Sicily has undeniable charm. The island, though part of Italy, has its own special Sicilian culture and traditions. Plus, it has beautiful beaches, a wine and cuisine scene that easily rivals Italy's mainland, and even its very own volcano, Mount Etna.

But you'd be remiss to skip some of the island's gorgeous villages. In fact, one of the best ways to explore the island is to rent a car and stop to wander through some of them. From the Baroque towns of Val di Noto to villages with signature castles to quaint beachfront fishing communities, you won't be disappointed.

For more Mediterranean vacation inspiration, check out some of our most recent Italy content:

One of the seven famed Val di Noto Baroque towns, Scicli is located in a valley sandwiched between rocky cliffs. Plan to explore the city on foot, starting on Via Francisco Mormino Penna, a street that features several Baroque palaces and churches all constructed in local white stone.

Repeatedly referred to as the most beautiful village in Italy, Gangi's beauty goes beyond just views of the towering Mt Etna in the distance. Besides the usual churches and palaces, make sure to visit the castle atop the hill, as well as the San Niccolò Church, which features a crypt complete with mummified priests.

One of Sicily's most well-known beach towns, Cefalù has a bit more than just golden sands and azure waters. Visit the 12th-century cathedral complete with Renaissance sculptures and Byzantine mosaics. If you have some energy to spare, hike the massive Rocca mountain that towers above the town until you reach the old castle remains.

This city is a historical Italian landmark, once an island inhabited by Greeks. Connected to Sicily's mainland by two bridges, it's best to park your car in Siracusa and walk over to Ortigia's old town. With food markets (pick up some pistachios -- Sicily has thousands of acres of pistachio trees), tiny winding streets and the shockingly well preserved Castello Maniace, there's plenty to do.

Erice's claim to fame is its Venere Castle, which sits atop a hill and boasts expansive views of the Sicilian countryside and the sea. Stop into as many churches as possible, especially the Gothic-style Erice cathedral -- this destination was once known as the "city of 100 churches."

The second of what will be a few of the iconic Baroque villages on this list, Modica's never-ending rooftops rise along the surrounding hills. Make sure to see the San Giorgio cathedral, and for an afternoon snack, sample chocolate. The recipe is ancient, using special grinding methods at frigid temperatures sans cocoa butter for a grainy and bold taste.

North of Taormina, Savoca is set between Sicily's aqua waters and the Peloritani mountain range. And if it looks mildly familiar, that's because some scenes from "The Godfather" were shot there, such as the church of San Nicolò. Fans of the film should also stop into Bar Vitelli for a glass of local wine, another famous filming location.

Ragusa's old town (Ragusa Ibla) is one of the most spectacular spots to view from a distance, yet another famed Baroque village. The striking town sits upon a hilltop, complete with blue-domed churches and pink and yellowed crumbling Baroque buildings. Once there, make sure to visit the church of San Giorgio and the San Giovanni Cathedral.

Built right into the stone of the surrounding mountains, Sperlinga sounds suspiciously like the word spelunking -- caving. And with numerous caves carved into the stone throughout the village, you can explore them all. The best views can be found by hiking up to the Sperlinga castle, which overlooks the village.

If you're lucky, you'll visit during one of the many food festivals this village has throughout the year, dedicated to local products such as hazelnuts, Maiorchino cheese and bread. If not, you can simply wander the village's magical streets. Legend has it Cyclops once lived in Novara di Sicilia.

Shoulder season (May/June and September/October) is the best time to visit San Vito Lo Capo, one of Sicily's most beautiful beach villages to beat the crowds but still have perfect weather. You may not associate couscous as being a Sicilian specialty, but the village has an entire festival dedicated to the food each September.

With views of volcano Mount Etna, this village is similar to many other Sicilian towns: It has a signature 12th-century castle and a number of churches. One of the most unique is the Santa Domenica chapel, a small stone structure built by Byzantine monks.

This tiny fishing village is famous for its tonnara, or tuna fish. It's also a popular beach spot for tourists and locals alike in the summer when the population increases exponentially. People-watching over a spritz in the main plaza, Piazza Regina Margherita, is the activity of choice for a warm, summery evening.

With so much to see and do in a beautiful country like Italy, it can be hard to figure out where to start. But if you end up in Sicily, the island is best explored by car. With stunning villages at every turn, it won't be hard to stumble upon one of these special spots -- so make sure to add some of them into your Sicilian vacation itinerary.

For more beautiful European village inspiration, check out these articles: