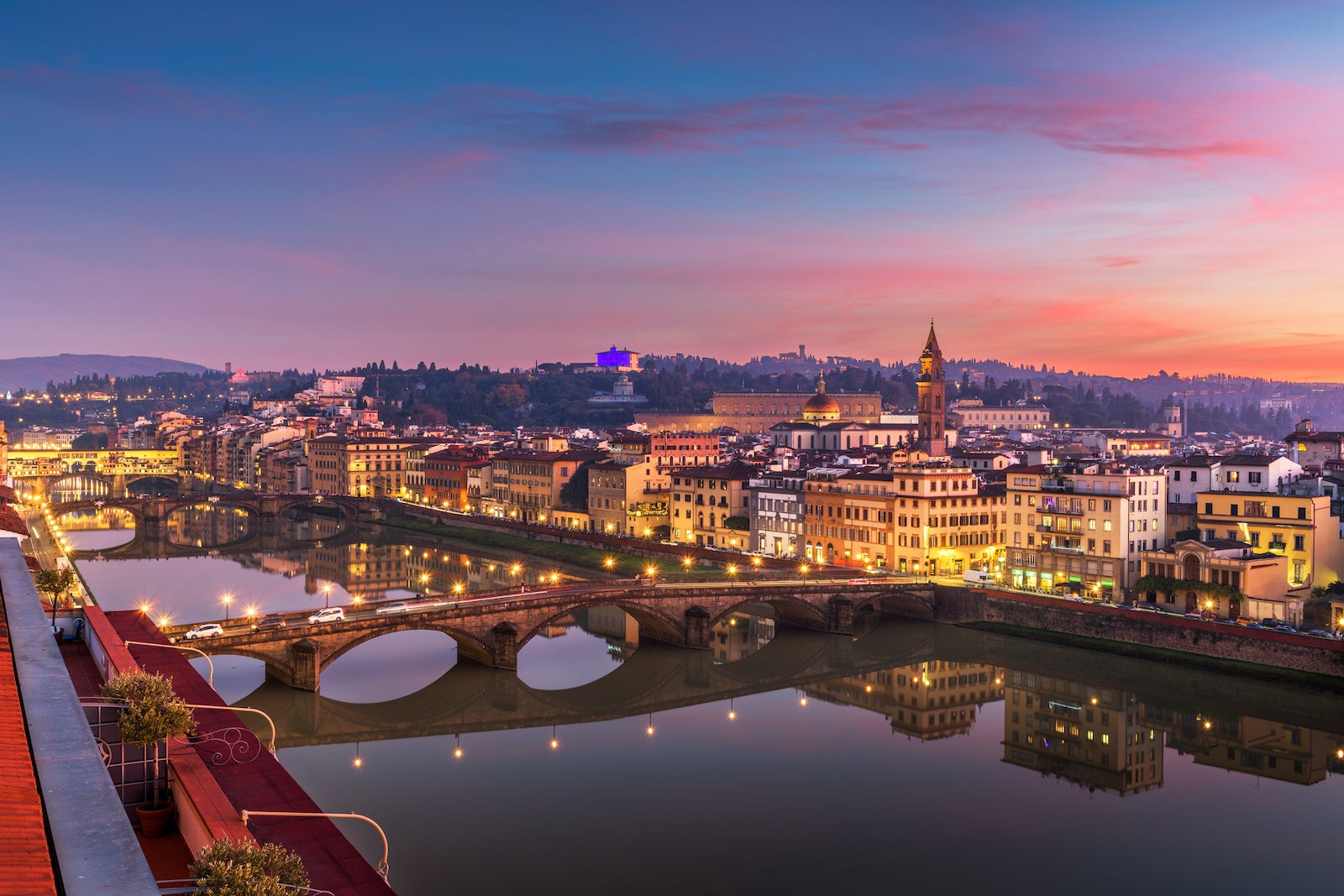 Planning a trip to Italy this summer? You’re in luck: Italy just dropped the last coronavirus-related entry restrictions. As of June 1, you no longer need to show proof of vaccination or a negative COVID-19 test in order to enter the country.

Also, as of May 1, the green pass and super green pass are no longer needed to visit museums, dine out at restaurants, go to bars, etc. Masks are optional (but still encouraged) at museums and shops, though they’re still required on public transportation, including metros, buses, trains, ferries and planes until at least June 15.

If you want to visit Italy this summer, there’s a lot to see and do. Trendy new hotels have opened everywhere from the Dolomites in the north to Sicily in the south. Archeological sites have been restored, museums opened and much more. Here's everything to watch for on your next trip to Italy.

A handful of trendy new hotels have opened in Rome, and there are a lot more coming soon. The coolest new kid on the block is the W Rome, which occupies two historic buildings tucked behind Via Veneto.

The sleek design was inspired by the city’s archeological sites and Mediterranean colors, with check-in desks that resemble gladiator chariots, a mural by local painter Costanza Alvarez de Castro and subtle nods to buildings like the Pantheon. Giano restaurant is the hottest table in town thanks to the menu by Sicilian chef Ciccio Sultano, who is behind the Michelin-starred restaurant Duomo. The hotel's rooftop restaurant, Otto, is a hotspot for Aperol spritzes and pizza by Rome’s rising star pizzaiolo, Pier Daniele Seu.

Rome also welcomed hotels by Soho House, Mama Shelter and Hoxton, all of which are known for their great design and dining venues. Soho House members can access the brand’s sleek new hotel in the San Lorenzo district; the rooftop pool and restaurant are an oasis in the city.

Mama Shelter Roma prides itself on being a sex-positive, LGBTQIQ+-friendly space (rooms have a selection of free movies, including adult films), and has a rooftop bar and restaurant with views of St. Peter’s Basilica. The Hoxton Rome, meanwhile, has a 1970s-inspired design and a great restaurant serving California cuisine.

In Florence, travelers will find two notable newcomers: 25hours Piazza San Paolino and IL Tornabuoni, a member of the Hyatt Unbound Collection. The former feels like staying in a Dante-inspired fever dream where, upon checking in, you’re assigned a room in either heaven or hell. (In my opinion, the hell rooms with their red color scheme are more fun.)

The latter is a more grown-up affair on Florence’s most upscale shopping street. The Category 6 hotel's design features rich jewel tones, plush furniture and playful touches like screen-printed animals and insects on the walls.

Dreaming of the Amalfi Coast? The hottest new hotel is Borgo Santandrea, a design dream perched on a cliff just 15 minutes from the center of Amalfi. It's the only five-star hotel to open on the coast in more than a decade, as well as the only property with a private sandy beach club. Inspired by legendary midcentury architect Gio Ponti, the hotel features 31 blue-and-white tile designs throughout. The most Instagrammable suites are the ones with the zigzag floor tiles.

Finally, Sicily — with its glittering beaches and Baroque towns — is home to two of Italy's most luxurious new resorts. In Palermo, Villa Igiea reopened last summer after a top-to-bottom renovation by Rocco Forte Hotels that preserved its historic character while infusing it with some modern glamor.

In Taormina, Four Seasons San Domenico Palace opened in a cloister-turned-hotel that has hosted a who’s who of artists, writers and celebrities over its long history.

Related: 9 tips for beginners visiting Italy for the first time

Many museums and attractions throughout Italy have dropped their pre-booking requirements, making spontaneous visits easy once again.

Rome has also reinstated free admission to state-run museums and archeological sites on the first Sunday of every month.

Consider participating in La Luna sul Colosseo, a special program offering starlit tours of the Colosseum following a new route that lets you visit parts of the ancient amphitheater that aren’t usually open to the public.

The Mausoleum of Augustus (the world’s largest circular tomb) has also reopened after an over $8.5 million restoration. Additionally, the extraordinary opening of the riotously colorful Casa Balla, where futurist artist Giacomo Balla lived and worked from 1929 until his death, is extended through December thanks to popular demand.

Inside Turin’s historic Palazzo Turinetti, Galleria d’Italia – Torino, there's a focus on photography and video art. It also holds an archive of around 7 million photos taken by one of Italy’s leading photojournalism agencies between the 1930s and 1990s.

For fans of Italian cinema, a visit to the Fellini Museum is an immersive jaunt into the wild imagination of Federico Fellini. In Rimini, the museum was inaugurated last year in two buildings: Castello Sigismondo and the Cinema Fulgor, where the famed director fell in love with the big screen.

Related: You’ll no longer need a ‘green pass’ to move throughout Italy

There’s no better way to explore Rome than by Vespa. Scooteroma, which offers Vespa tours of the Eternal City with a friendly squad of driver guides, launched the new Double Street Vespa Tour. It combines elements of the popular street art tour with their love of street food.

The Countryside Vespa Tour is perfect for people who've already visited Rome and want to explore the quaint villages and lakes of the surrounding Castelli Romani. Scooteroma’s founder Annie Ojile teamed up with art historian Alexandra Lawrence to offer private tours of Naples under the moniker All Street Italy. The tours focus on the city as an open-air theater brimming with street culture.

Organized tours of Ischia on board a vintage Ape Calessino include stops for coffee and a wine tasting at a traditional cellar.

Related: Northern vs. southern Italy: How to pick your ideal Italian vacation destination

In addition to its flagship Secret Southern Italy tour, which runs July 2 to July 9, 2022, the company is launching a new size-inclusive tour to the south, which departs July 16, 2022. Highlights include sailing hidden coves in Puglia, a winery tour with a female vintner in Matera and a private concert by an opera singer on a Roman rooftop.