Articles
Lori Zaino is a writer for TPG and TPG UK covering travel, news, points and miles and more. She's been based in Madrid, Spain almost 15 years and is an expert in travel throughout destinations such as Europe, Southeast Asia and Africa.
Follow
June 06, 2021
•
9 min read 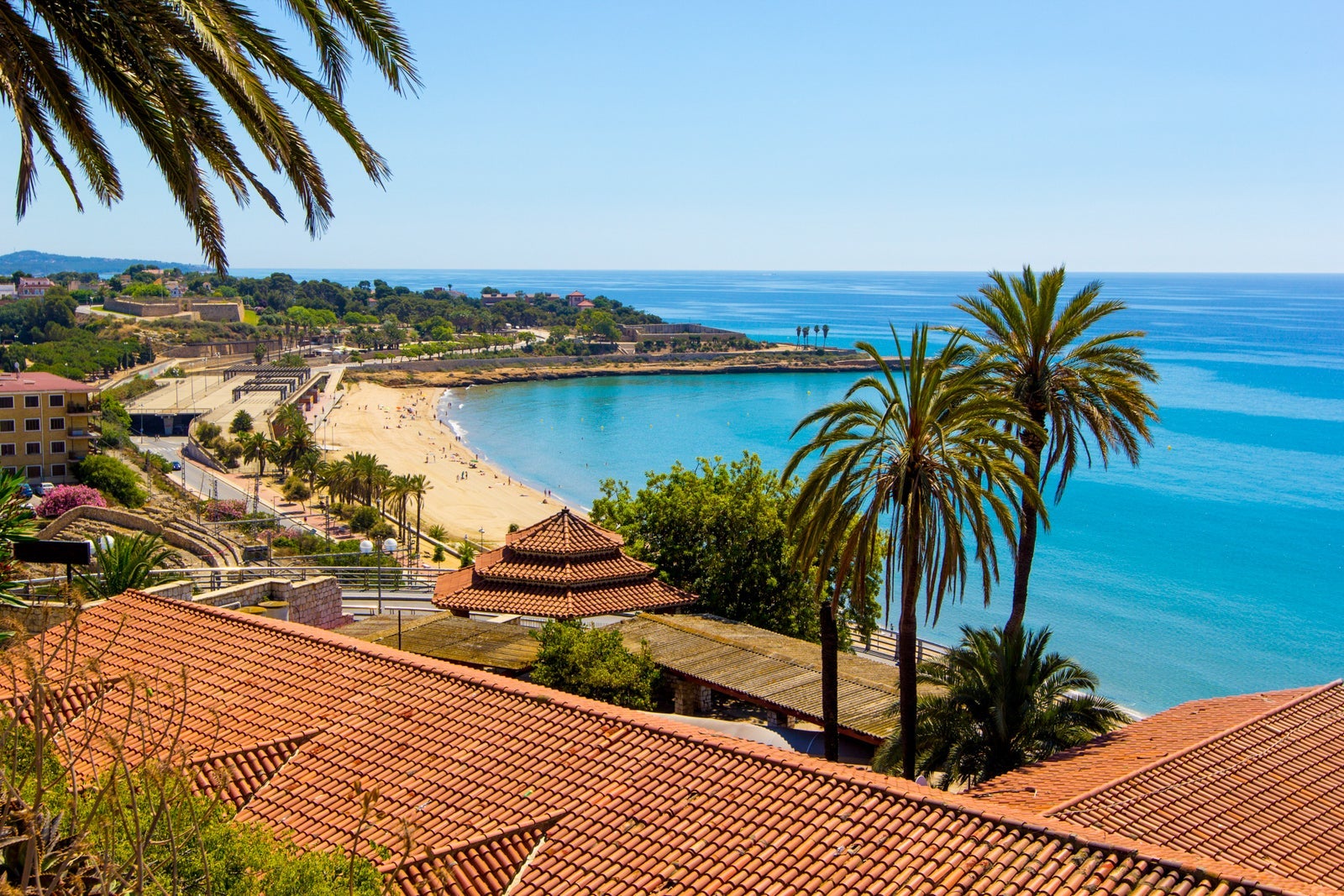 The news we've all been waiting for is here: On Saturday, the Spanish embassy in the U.S. confirmed via Twitter that “entry is authorized” for people traveling from the U.S. to Spain who are fully vaccinated with a vaccine approved by the EU Medicines Agency or the World Health Organization.

There are so many beautiful beach destinations in Spain to visit, including those with striking architecture, history and culture in addition to gorgeous coastline.

So, if you've done Madrid or Barcelona, why not try something a bit different this summer? Some of these destinations you may recognize, while others are more off-the-beaten-path, but here are eight alternatives for a sunny Spanish vacation this summer.

Thought to be one of the oldest cities in Europe, Cádiz has a clutch of impressive historical sites such as the cathedral and the Torre Tavira. It's not all history though -- not with the miles of sandy shoreline along the Costa de Luz. Once a port used to connect Spain with the Americas, today, Cadiz is all about hearty Andalusian cuisine and relaxing at the beach. Playa de la Barrosa is one of the best in Europe thanks to its wild dunes, and Bolonia is a windswept, sandy paradise. Stay at the distinctly baroque and neoclassical Hotel La Catedral, which boasts a rooftop pool when you need a beach break.

Getting There: The southern Spanish town is just a 30-minute drive from Jerez de la Frontera, where you can fly into Jerezy Airport (XRY).

Those looking to avoid other tourists for a full immersion into Spanish culture should head to the beaches of Murcia. Las Mulas is ideal for divers or snorkelers, and Playa Calblanque is backed by towering mountains. Inland, you'll find wine tasting in the Bullas area, while theologians can make a pilgrimage to one of Spain's holiest cities, Caravaca de la Cruz. It's not as well known as Santiago de Compostela in the north, but the famous Chapel of La Vera Cruz is known for its impressive facade. You can use Marriott Bonvoy points to stay at a variety of AC hotels along the many beaches in the region, and Hotel Cetina, located in Murcia's city center, offers amenities from brands like Tous and L'Occitane.

Getting There: Since the closure of Murcia's San Javier airport in early 2019, flights have now been leaving and departing from the Corvera Airport (RMU).

The perfect alternative island to busier islands like neighboring Mallorca, Menorca is a great option for travelers seeking a serene escape. Tranquil coves like Turqueta have that picture-perfect white sand and sparkling azure waters, whereas Cala de Pilar's reddish hills and pinkish-gold sand is more typical of beaches in the north of the island. The place to be for foodies and design lovers, Mahón is bubbling over with chic new restaurants and boutique hotels. Book a room at either the minimalist Casa Alberti or the boho Casa Telmo, both of which are perfect for a traveler in need of a relaxing stay.

Although the region's larger cities such as Oviedo and Gijon are lively and authentic, consider the quieter villages in Asturias instead. Rent a car and drive to small towns like Llanes and Cudillero for a serious dose of Spanish beauty. Don't be fooled by the name of one of the area's best beaches, Playa del Poo, which is a short ride away from Llanes. It's stunning, as is the Playa del Silencio, flanked by cliffs and woods. Nature enthusiasts should visit the two lakes located in the Picos de Europa mountain range, Enol and Ercina. For luxury lodgings, rest your head at the Relais & Châteaux property Palacio de Luces, located in a 16th-century palace.

Tarragona is famous for its second-century Roman ruins, including a crumbling amphitheater overlooking the Mediterranean. The city also features a stunning cathedral as well as a Roman circus and other ruins. But it certainly doesn't lack in the beach department, either. Besides a bustling Miracle city beach conveniently located just below the amphitheater, the nearby sandy strips of Arrabassada and Savinosa are just a short drive away. Although it's not on the beach, hotel La Boella is the perfect fit for travelers looking to taste regional wines or olive oils -- the property is located on a 110-acre estate with flowering gardens, vineyards and olive trees. And while nearby resort town Sitges is for everyone, LGBTQ travelers may feel especially comfortable visiting the area, which is just a 45-minute drive from Tarragona.

Getting There: Options for flying to Barcelona are ample, and Tarragona is just over an hour from Barcelona by train or car.

For travelers searching for beachy fun without the soaring temperatures, scorching sun and massive summer crowds of the Mediterranean, Galicia's northwestern Atlantic beaches boast a far cooler vibe. Breezy and expansive, Carnota beach stretches on for miles, so it's easy to find a little spot tucked away from the masses. The As Catedrais beach is simply spectacular, earning its name due to the large, rocky formations that resemble stone cathedrals. Isla de Cies has some of the most pristine beaches in the entire country and is accessible by boat from Vigo. The Hotel Mar de Plata is a stylish boutique property a stone's throw away from the Praia de Riazor, the city's largest beach.

While Malaga and Marbella seem to get all the fame, Nerja is the perfect alternative. It's definitely not a secret -- perhaps you heard of its sandy coves and rocky cliffs. Nature buffs will find a lot to do in the region, too. It's possible to tour the Nerja caves, as well as bike, hike and dip into the river at the Sierras de Tejeda, Almijara and Alhama Natural Park. For incredible sea views, visit the nearby Cliffs of Maro-Cerro Gordo. The Parador de Nerja is a peaceful hotel overlooking the ocean with a serene pool, just a short walk to the beach.

Getting There: The airport is about an hour's drive from Nerja.

Foodies will feel right at home in San Sebastián, a city with the most Michelin stars per capita in the world (16, to be exact). If you aren't in the market for high-brow dining, there are plenty of pintxos (that's what tapas are called up north) to choose from. The city beach is one of the most famous in Europe -- Playa de la Concha, named for its shell-like shape. (And it scored the No. 1 spot on the TPG Best Beaches in Europe 2018 list.) The Basque city looks fantastic from up above, too, so hike up to the overlook on Urgull hill for sweeping views of the bay. Use your Marriott Bonvoy points (60,000 per night) at the fancy Hotel Maria Cristina, a Luxury Collection Hotel that dates back to 1912.