Travel for Less: 5 Ways for Families to Use Delta SkyMiles

Articles
Summer Hull , aka Mommy Points, ran the Mommy Points site for families who want to travel more for less using miles and points for seven years. She now heads up a variety of special projects at TPG when she isn't exploring the world with her own two girls.
Follow
Aug. 17, 2018
•
9 min read 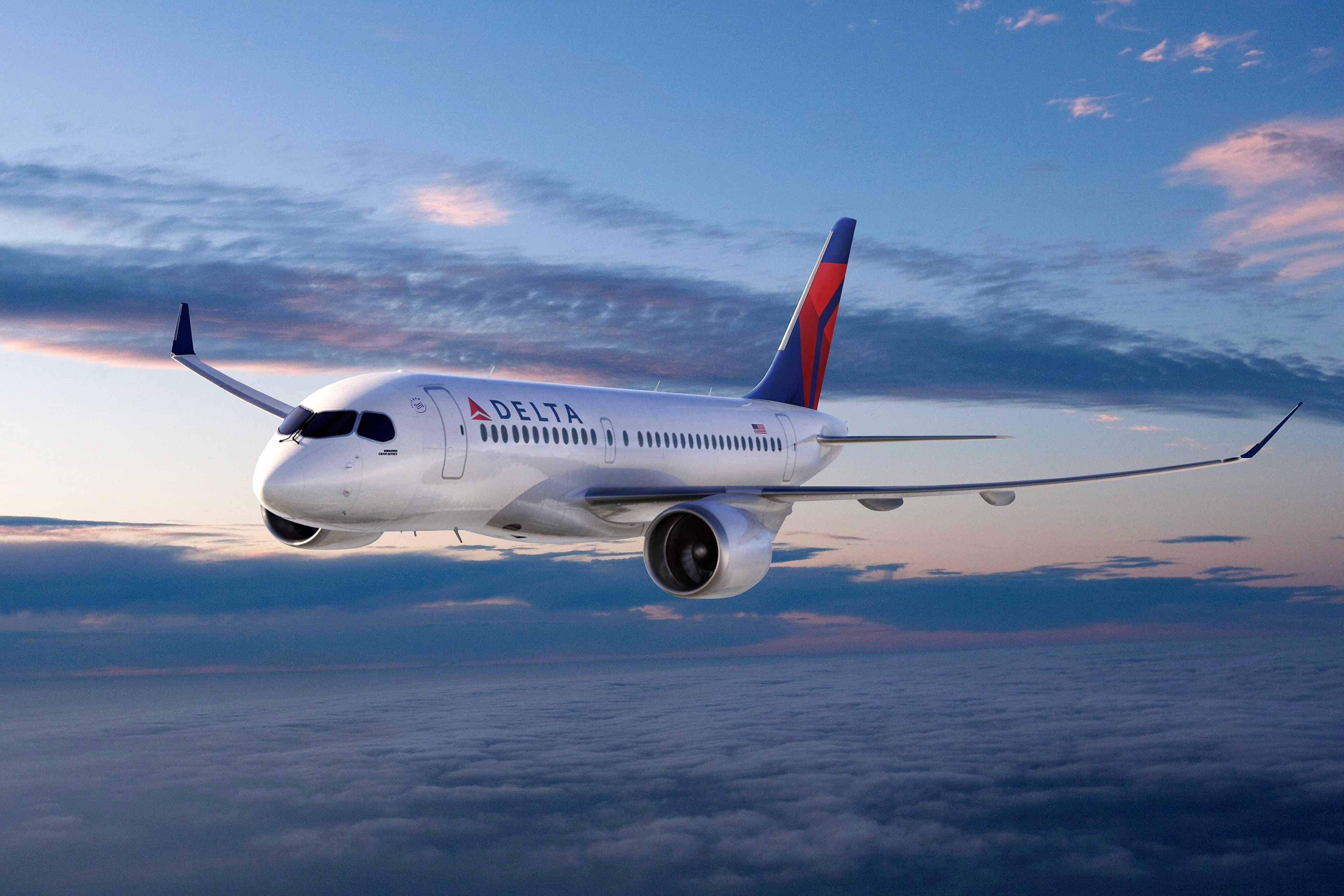 Years ago, my own family largely ignored Delta SkyMiles as they had a bit of a bad reputation in the miles and points world. The term "SkyPesos" was frequently thrown around to describe the weak value of SkyMiles. After finding myself in a situation where Delta SkyMiles would have been (by far) the best mileage currency to get my family where we wanted to be, I woke up and started earning SkyMiles of my own. In the years since, there have been lots of changes in the frequent flyer landscape, and I'd argue that these days it would be a real error for any traveling family to fully ignore Delta SkyMiles.

My family's Delta SkyMiles earnings have largely been thanks to the co-branded credit cards and occasional transfers from American Express Membership Rewards program to SkyMiles at a 1:1 ratio. Several of the Delta Amex cards have increased welcome bonuses of up to 70,000 miles available now through September 19, so this is a great time to look at ways families can use Delta SkyMiles.

Delta SkyMiles infamously does not have a published award chart, and on the whole that is not a good thing, but the reality is that for domestic economy travel, award prices often ring in at some of the most reasonable levels.

The number one reason for me to shout from the rooftops that families need Delta SkyMiles is that domestic award prices are often better than the rest with reasonable flight times and itineraries available for not just one or two people -- but often for a whole family.

In fact, in our recent Best Airlines for Families report, Delta SkyMiles ranked above the other US air carriers when it came to making reasonably priced awards available for at least four people. It will not be the best option 100% of the time, but it's an option I now check 100% of the time.

Since even before it launched its SkyMiles Deals page, Delta has consistently offered some pretty great sales on award tickets. It recently had a variety of domestic economy round-trips from 10,000 total miles each via cities such as Atlanta (ATL), Boston (BOS), Los Angeles (LAX), Miami (MIA), New York (LGA), San Francisco (SFO), Seattle (SEA) and more.

Believe it or not, these flash sales extend beyond the US borders, as flights to Europe have been spotted this summer for as low as 22,000 SkyMiles per round-trip. It’s rare to book an award ticket to Europe for anything less than 34,000 miles round-trip via any mileage program, and many programs want significantly more miles than that.

Unlike some of the crazy-cheap cash fares that sometimes pop up to Europe, these SkyMiles award tickets book into the main cabin, not basic economy. This means you’ll be able to check up to a 50-pound bag each way for free and avoid the regular restrictions that can accompany basic economy tickets or those on low-cost carriers to Europe.

Best of all, it's not just the East Coast that gets all the fun on these flash sales. The middle of the country and even the West Coast can also fly to Europe for about 26,000 Delta SkyMiles per round-trip plus taxes when the flash sales really get cranking — even during spring break dates as shown below.

If Europe isn't on your family's radar, then maybe a flash sale to Mexico and the Caribbean from 12,000 SkyMiles per round-trip will meet your needs.

Last year, my family booked a trip from Houston to the Bahamas during a Delta SkyMiles flash sale and this allowed us to take a Caribbean vacation for a fraction of the miles I thought it would cost. Bottom line: Pay attention to these announced (and unannounced) Delta SkyMiles Flash Sales by watching on Delta's site here and following TPG Alerts on Twitter.

Since you never know when your desired destination will go on sale, it pays to have Delta SkyMiles at the ready so you can act quickly.

You can book one-way awards via Delta SkyMiles, but it isn't always in your best interest to do so. At times, two one-way awards will price out higher than a round-trip. With no award chart and variable prices, the only way to know how the award tickets are pricing is to simply play with the site and price out tickets you are considering both as one-ways and round-trips.

If Europe is in your plans, you certainly want to consider booking as a round-trip, as one-way flights using SkyMiles that originate in Europe are charged large "carrier-imposed international surcharges" while round-trips to Europe originating from the United States avoid this charge.

Additionally, as Senior Points and Miles Editor Richard Kerr has pointed out, sometimes flying more segments on Delta results in a cheaper award ticket. This is largely a result of Delta having little to no competition on some routes from its hubs. If you avoid starting domestic award search on Delta.com from Atlanta (ATL), Detroit (DTW) or Minneapolis (MSP) your award tickets will sometimes be cheaper than if you start from a Delta hub — especially when you’re hoping to fly at the front of the plane.

4. Spread Out in Delta Comfort+

Delta actually lets you book Delta Comfort+ seats with SkyMiles, which is pretty fantastic. This means your family can get extra legroom (up to 3 more inches of legroom on domestic flights and 4 more inches on international flights), priority boarding, upgraded snacks with included alcohol and dedicated overhead bin space. Seats with extra legroom and updated amenities can be the perfect compromise for families who don't want to suck it up in "regular" economy but also don't want to go all-out booking first or business-class seats.

In the case of using SkyMiles, sometimes Delta Comfort+ seats cost significantly more miles, and sometimes the differential is only a few thousand miles.

5. Splurge on Business Class to Europe From 75,000 Miles Each Way

If your family is looking to splurge, you can use 75,000 SkyMiles + $5.60 to fly on Virgin Atlantic Upper Class to Europe. That is a lot of SkyMiles, but it also looks like a really fun way to cross the pond with minimal out-of-pocket cash expenses.

Perhaps this is a trip to save for when the kids stay at Grandma and Grandpa's, but these days, spending 75,000 miles plus + $5.60 to fly across the ocean in a premium cabin on a partner isn't a bad deal!

Bonus Tip: Use SkyMiles at Just One Cent Each...If You Have To

One thing I try not to do with my family's SkyMiles is use them at a value of 1 cent each toward flights, however, you can if you have a co-branded Delta credit card. TPG currently values SkyMiles at 1.2 cents each, so using them at just 1 cent each would theoretically be leaving some value on the table. That said, if your individual situation points to it making more sense to book your Delta flights with cash and use some SkyMiles at 1 cent each to help cover the cost, you can technically do that if you have a Delta co-branded credit card.

This is not my #1 most recommended way to families to use SkyMiles, but there are worse outcomes than booking the exact flights you want and getting $700 in value from the 70,000 bonus SkyMiles available on the Platinum Delta SkyMiles® Credit Card from American Express until Sept. 19.

While the occasionally fancy flight in a premium cabin can be a reality for families, most of the time we just want to get from Point A to Point B using as little out-of-pocket cash as possible. In those cases, Delta SkyMiles are often hard to beat. At the very least, it is a very good idea to have at least some SkyMiles in your account for the times that they are the best option to get you and your family where you want to go.