O Canada! Round-trip flight deals from the US for under $100

Articles
Bill Fink is a senior writer for The Points Guy covering travel news, trends, and cool adventures. His award-winning stories have been featured in AARP, BBC Travel, Frommer's, Lonely Planet, National Geographic, Outside, Yahoo Travel and many others.
Follow
Aug. 30, 2022
•
7 min read 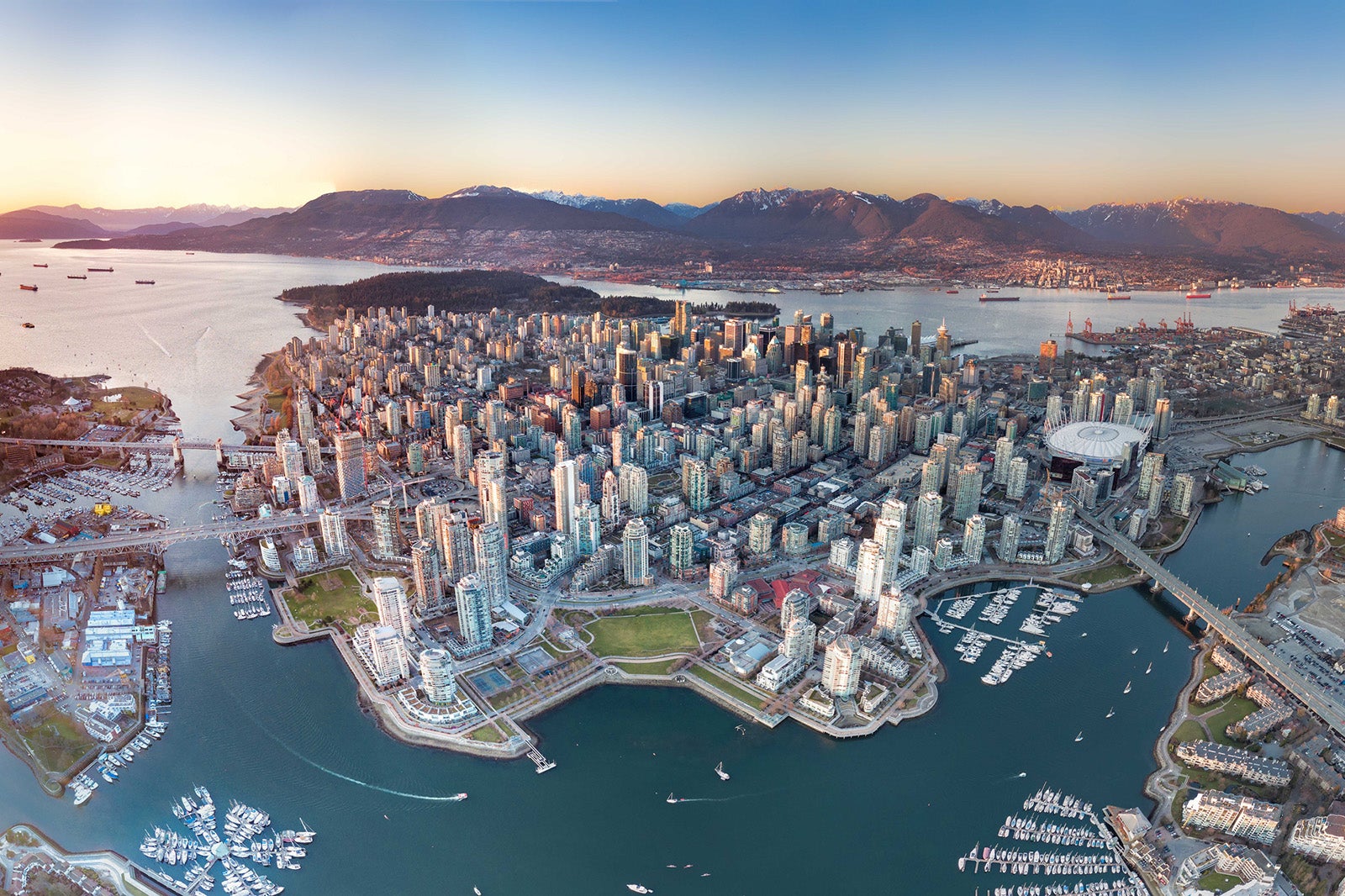 Fall is a great time to visit Canada, especially when airfares are falling along with the leaves. Multiple airlines are offering deals from airports across the U.S. to Canada during the traditionally slow fall travel season.

Airlines offering the deals include Air Canada, discount carrier Flair Airlines and JetBlue. Expect to see other airlines follow suit and cut fares for popular routes between the U.S. and Canada.

Some of these airfares are for basic economy tickets that charge additional fees, even for carry-on bags, so read the terms and conditions of any itinerary carefully before booking.

Read on for details and the limitations of these flight deals.

Airlines: Air Canada, Flair, JetBlue and others.
Routes: From cities across the U.S., including New York, Chicago and Los Angeles, to Toronto, Vancouver and other cities in Canada.
How to book: Search on Google Flights, then book directly with the airline.
Travel dates: October 2022 through April 2023, excluding holiday periods.
Book by: While discounted tickets are available.

Related: 8 reasons to look forward to travel this fall

Given the wide selection of discounted flights to Canada this fall, here are just a few examples of the many city and airline options currently available. Popular flight routes highlighted here include New York and Chicago to Toronto, and Los Angeles and New York to Vancouver. You can also find good deals on flights from Atlanta, Chicago and Denver.

There are many open dates from September through December for these routes, with flexibility for the time of day as well. However, few, if any, discounted seats are available during the peak Thanksgiving and year-end holiday travel periods.

While fares begin at just $93 for these flights, be aware that many budget fares do not allow for carry-on bags (outside of a small personal item) without a fee. Fees can be upward of $50 each way. So take the time to compare different options along the same route, incorporating baggage fees into your calculation.

Even with bag fees, many of these flights offer good deals. Find the dates that work best for you, look carefully at the fine print before booking, then you're ready for a trip north.

You can find the cheapest fares to Canada on discount carrier Flair Airlines. Flair's flight routes include departures from New York, Los Angeles and other U.S. airports to Toronto, Vancouver and other Canadian destinations. The sub-$100 fare listed here is less than half the cost of typical flights along this route.

However, this basic Flair Airlines ticket does not include carry-on or checked baggage. Buying one of Flair's "bundle" luggage offers will add about $50 each way for this itinerary, but does include a checked bag as well.

Flair's discounted fares between New York and Toronto can be found on select dates from November through April, with some round-trip prices in January as low as $86.

If you can manage to fly carrying only a personal bag, perhaps for a weekend escape, then the fare is a phenomenal deal. However, the savings disappear quickly if you take luggage.

JetBlue is another airline offering discounted flights to Canada this fall. One of its better deals is this nonstop cross-country flight from JFK to Vancouver for just $287. Typical flights for this route cost more than $400, with peak periods topping $600 for a round-trip ticket.

Even with the carry-on surcharge, the flight is still a reasonable deal versus standard fares for a nonstop flight of this distance.

Flair Airlines also offers some West Coast flight deals this fall. This sample $181 fare between Los Angeles and Vancouver is about a $100 discount from typical flights on this route in non-holiday seasons. However, Flair's basic ticket does not include a carry-on bag, which can cost $50 or more per segment, wiping out most of the savings versus flights on the major carriers.

Delta Air Lines and United Airlines are both offering $271 fares for this route in standard economy, which includes a carry-on bag. If you're looking to maximize miles on your legacy carrier of choice, it makes sense to forgo the Flair tickets, particularly if you're bringing any bags with you. The $271 fares still represent savings over typical United and Delta flights on this route (and are currently $92 cheaper than Air Canada tickets for this route).

If you can manage to travel with just a personal item (or maybe share carry-on bag space and costs with a partner), the Flair Airlines round trips between Los Angeles and Vancouver can be a great deal, with some January prices dropping as low as $136.

Air Canada gets into the fall discount game with $231 flights between Chicago and Toronto in the sample November itinerary above. Flights on this route are usually $100 to $200 more expensive, higher during summer months and holiday periods. While not as eye-popping as the Flair sub-$100 fares, these Air Canada Chicago-to-Toronto flights do come at a decent discount off regular prices — and with one free carry-on bag.

If you're bringing luggage on your trip to Canada, it may be worthwhile to explore Air Canada flight options, even on routes where Flair's or JetBlue's basic fares appear to be much cheaper. With luggage fees, the super-discounted flight costs can sometimes exceed those of the larger carriers.

You can take advantage of the slow fall travel season by snapping up a cheap round-trip fare from the U.S. to Canada. The wide selection of discounted flights from many U.S. cities gives you the flexibility to plan a fall foliage expedition, a weekend getaway or a longer vacation to explore Canada. Fares below $200 are great deals for shorter flights to Canada, while sub-$300 fares are very attractive for cross-country flights.

While we've highlighted only a few of the many discounted flights here, you'll be able to find more destination and origin options through Google Flights and then book directly with the airlines.

Be aware that many of these discounted flights involve basic economy tickets that might charge an additional fee for carry-on bags. Before booking, look carefully at the potential added charges and decide if the flight is right for you.