It's time for issuers to stop with the metal credit cards 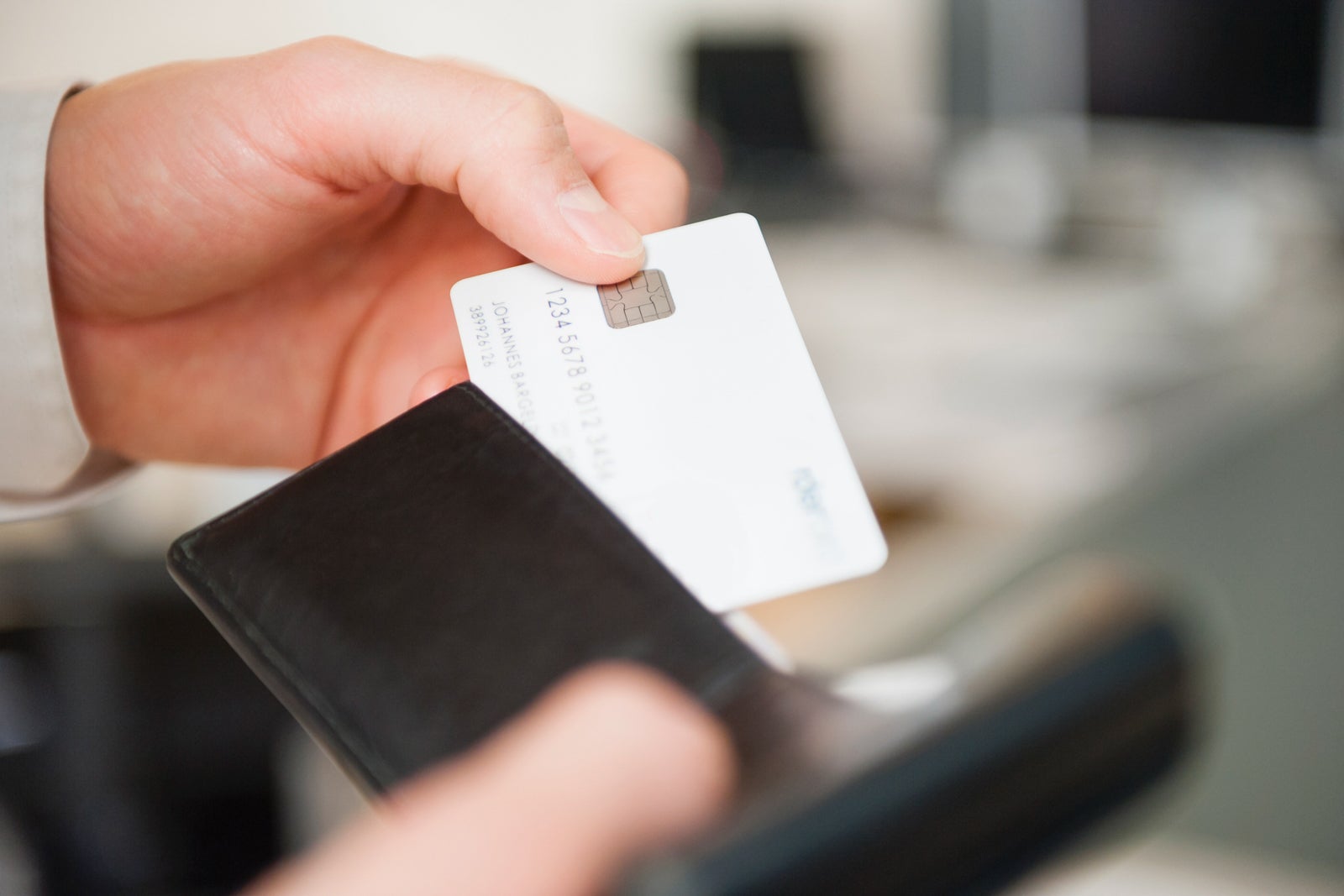 When I was approved for my first-ever credit card — a Chicago Cubs Mastercard issued by MBNA (since taken over by Bank of America) — I was thrilled at the prospect of the card arriving in the mail. It represented my official launch into adulthood, having previously only been an authorized user on my parents' cards.

Today, I dread the arrival of a new credit card.

Don't get me wrong — I love a good rewards card (and I have just a few of them). But it's the physical substance of the new card that always worries me.

Ever since the much-ballyhooed launch of the Chase Sapphire Reserve in 2016 — when Chase temporarily ran out of metal due to the popularity — card issuers have decided that it's not just the earning rates, travel rewards and fancy perks that'll attract customers. A credit card should (apparently) be a statement piece, a la Ryan Bingham's frequent-flyer card in the movie "Up in the Air."

And what better way to make a statement than surprising unsuspecting, 20-year-old coffee baristas with a metal card that slips out of their hands and makes a notable "clang" on the counter for all the world to hear?

Actually, that's a terrible impression to make. Heavy metal cards had their moment, but it's time for the "Crazy Train" to leave the station and for issuers to let the obnoxiousness of this trend "Fade to Black" in a "Symphony of Destruction" — for a number of reasons.

For starters, metal cards can be a nightmare to actually use. Have you ever encountered an older credit card reader that won't accept your snazzy metal card? It's not too hard to find an automatic parking machine that specifically says "no metal cards" on it, and in some cases, the card physically won't fit into the slot.

One of the most important tenets of issuing a credit card is that the bank wants you to actually use it. Those interchange fees are only incurred when a card is swiped. So why make them out of metal and prevent a customer from using it?

Not only that ... is there a reason why issuers are so quick to make these cards out of metal yet can't enable chip-and-PIN capabilities? You know, the authentication method used by most countries around the world? This is yet another barrier to actually using the card when traveling abroad.

But hey, at least you can get a comment like, "Wow, this card is heavy!" when the cashier hands back your card without being able to actually use it.

They can set off metal detectors

I love my Global Entry membership, and even when I'm not leaving the country due to a global pandemic, I get a ton of use out of TSA PreCheck — which is automatically included.

Except, that is, when my wallet sets off the metal detector at the airport, thanks to — you guessed it! — my metal credit cards.

The first time I passed through a metal detector after getting the Ritz-Carlton Rewards Card (no longer open to new applicants but still available as a product-change option), I couldn't believe when it beeped. At first, I assumed I had been randomly selected for extra screening, but then the agent pointed to my wallet. I was on the verge of protesting when it hit me — that heavy new card did it!

Sure enough, the wallet came out and the beep disappeared.

Now, given the array of problems facing our world right now, I fully recognize the absurdity of complaining about taking my wallet out of my pocket at security. But nevertheless, it's one more thing to remember to do, and one more item that could get left behind after screening.

Related: Global Entry vs. TSA PreCheck: Which is better?

You have to mail them back to dispose of them

I have an automatic shredder in my office, and it's incredibly useful for getting rid of old checks, personal documents I no longer need and credit cards.

Or at least, it used to be good for shredding credit cards. But not anymore!

I recently received a newly-reissued Citi® / AAdvantage® Executive World Elite Mastercard®, and included in the envelope was the following message:

"Your new card contains metal, do not shred. Please contact the number on the back of your card for assistance disposing of your card."

So let me get this straight ... a process that used to take me literally two seconds (dropping the plastic card into the credit card slot on my shredder) now requires me to make a phone call and talk to someone about getting rid of the card? All because it's made of metal?

They're not special anymore

But one of the most important reasons why issuers should get rid of these cards is simple. They are no longer special. When one issuer did it on a single card, it was cool. When another one went metal, it was still a nice

Now, metal cards are everywhere. Heck, even my new Capital One Venture Rewards Credit Card — one that has just a $95 annual fee — has a metallic glint to it.

Will my no-annual-fee Cubs Mastercard be next? I mean, given the team's brutally mediocre performance thus far in 2021, I guess anything's worth a shot. But in all seriousness, why are we still doing metal cards when they've lost any sort of uniqueness factor?

Which reminds me of the common refrain on airline status: "If everyone's elite, no one's elite."

No metal cardholder is "elite" anymore — they're just one of the crowd.

Heavy metal cards are not new, but — to borrow a quote from the inimitable Ozzy Osbourne — the proliferation of these cards is "going off the rails on a crazy train." Not only can they be difficult to use and a pain to dispose of — they're also no longer special.

It's like that shiny new toy that your kid (or niece or nephew) gets during the holidays. Sure, it's all fun for the first several weeks, and maybe you'll get a couple of good years out of it. But then the novelty wears off, and you're left with a play kitchen taking up space in your actual kitchen — and no one is happy.

Much like I feel after a vacation of eating and drinking too much, these cards need a cleanse — a return to the good old days of plastic.

Oh, and they can take bulk toiletries along with them.